Alexander Solonik: The Cold-Blooded Russian Hitman Known As “The Superkiller”

He escaped impenetrable prisons. He murdered mafiosos. He almost lived safely in secrecy, until the hitman became the target. 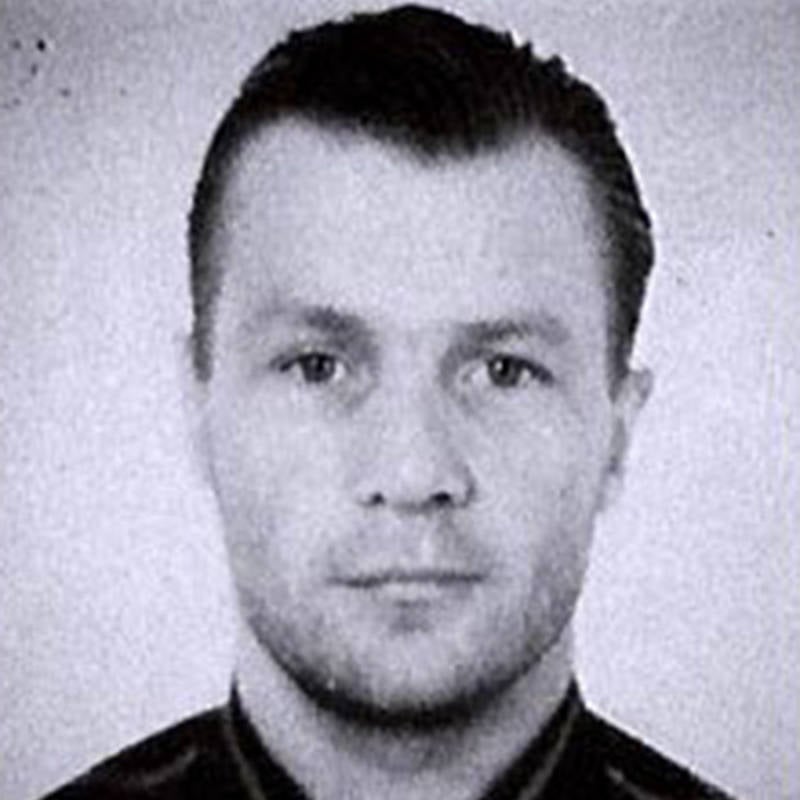 Alexander Solonik had a reputation, an albeit confidential one, in the Moscow underworld.

The mysterious contract killer may or may not have been in the special forces in the Soviet military. He never disclosed who paid him, and the contracts he took allegedly cost his employers thousands of dollars per hit.

A man like this naturally made enemies. No matter how much of a “Superkiller” he was, that proved to be his undoing.

Alexander Solonik was born in Kurgan, Russia on Oct. 16, 1960. As a teenager, he was a strong young man who loved sports and was an excellent shooter. He supposedly joined the Soviet military, where he honed his skills as a cold-blooded killer with his unit in East Germany.

Although not confirmed, it has been said that Solonik’s job was to assassinate high-level N.A.T.O. officials during the Cold War. The idea was to destabilize the defense of Western Europe.

Solonik’s former lawyer Valery Karyshev once said of his client:

“He even became obsessed with the idea of becoming a superman. He found something romantic about it. So, when he served in the army, he made up his mind to become a cop.”

But in 1987, Solonik’s life took a very different turn.

The former military man was dismissed from police school after six months due to his cruelty towards prisoners. He was then arrested for rape while working as a gravedigger shortly after his dismissal from police school. Solonik brashly escaped justice from his rape charge by jumping out of a second-story courtroom window. He made it to Siberia.

In Tyumen, Siberia, Solonik tried to stay undercover. He removed a mole on his face and went to have a tattoo on his hand removed as well. He was arrested in the cosmetic salon and spent two years in jail.

This time, Solonik escaped by crawling through an air vent. His small frame, at only 5’5″, fit perfectly into the jail’s ventilation system. That was in April 1990.

Unfortunately, he was stuck in Tyumen, Siberia, in the middle of a frozen wasteland. But contract killing would become Alexander Solonik’s ticket to freedom. 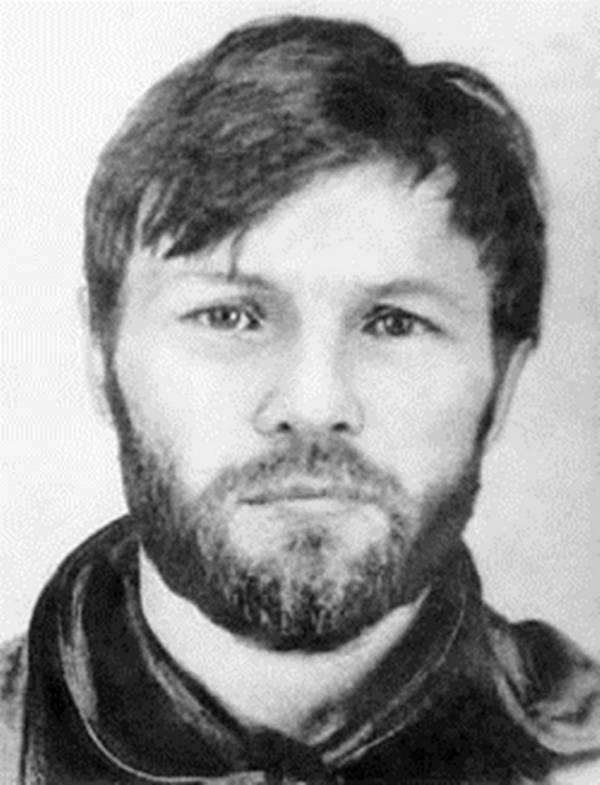 Solonik’s first kill as a hitman was on July 3, 1990, just a month and a half after his prison escape. The fearsome killer had several things going for him. First, he knew how to escape precarious situations. Second, he could defend himself well. While in prison, he supposedly defended himself against a dozen well-built prisoners in a free-for-all fight.

Third, Alexander Solonik could shoot Macedonian-style, with a gun in each hand at the same time.

His main targets were rival criminal gang members who he mostly shot in cold blood and also some from a distance. Stories of his skill quickly spread and he became known in some circles as “Alexander the Great.” Moscow police were powerless to stop him as Solonik had an uncanny ability to disappear quickly.

In 1992, he felled “untouchables” of Moscow organized crime, Viktor Nikiforov and Valery Dlugach, within six months of each other.

Dlugach, one of Solonik’s most audacious killings, had the protection of bodyguards and an armored vehicle. But Solonik managed to assassinate Dlugach in public at a Moscow nightclub.

By 1994, Alexander Solonik returned to the crime group in Tyumen to settle some debts. The crime syndicate there owed him $1 million. When the crime boss refused, Solonik returned to Moscow, but he didn’t rest on his laurels. The boss and some of his underlings were found dead a few days later.

Solonik and a companion were arrested in Moscow later that year, but police failed to check the companion’s raincoat for weapons. The pair opened fire and killed four policemen before they fled, still in handcuffs. The pair killed two security guards, and Solonik ran even though he had been shot in the kidney.

Police soon caught him though, as his companion escaped.

This time, authorities didn’t mess around. Solonik was thrown into Matrosskaya Tishina, or “Sailor’s Rest” prison.

On the Run Again

Superkiller didn’t take to imprisonment this time, either. In 1995, he became the only person to escape from Matrosskaya Tishina.

It was an inside job, of course, funded by the Russian mafia. A man named Sergei Menshikov supplied Solonik with a rope, climbing gear, and guns so he could escape from the roof of the prison into an awaiting BMW. 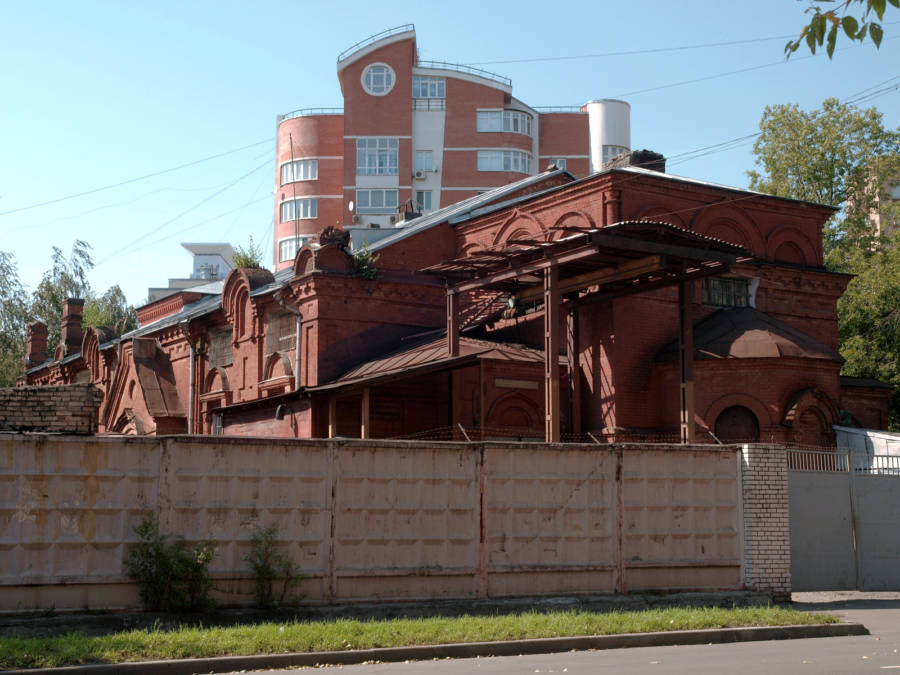 Time in prison also let Superkiller think about his life. After a supposed 43 hits, the contract killer was done with his time in the mafia. He used his remaining fortune to flee to Greece in early 1997.

Even the newspapers were in awe of Solonik’s abilities. European newspaper, Sevodyna wrote, “Solonik could be called one of the best known and most ruthless contract killers. His nearly supernatural ability to disappear and emerge again might easily be compared to that of international terrorist ‘Carlos the Jackal’.”

The mafia hired Sasha Soldat, another contract killer and one of Solonik’s buddies, to track him down. The trail led to a villa near Athens with a rent of $90,000 a year.

The mansion had a basketball court, golf course, and garden filled with sculptures. He and his girlfriend, a former Miss Russia winner named Svetlana Kotova, had retired to a charmed life.

On Jan. 30, 1997, Superkiller’s luck finally ran out. He welcomed Soldat with open arms and started to talk to him. With his back turned to his buddy, Soldat wrapped a thin cord around his neck and strangled him to death. Soldat and his men from the Kurgan syndicate killed Solonik’s girlfriend too.

Athens police didn’t find the bodies for two months. Even in his own death, Solonik found a way to remain out of sight. Alexander Solonik’s legend lives on in movies and TV shows about his exploits. Some even believe that his death was faked and he continues to live on in secrecy.

After reading about Alexander Solonik, learn about another legendary hitman, Charles Harrelson, father of famed actor Woody Harrelson. Then read up on one of America’s most dangerous mafia gangsters, Bugsy Siegel.