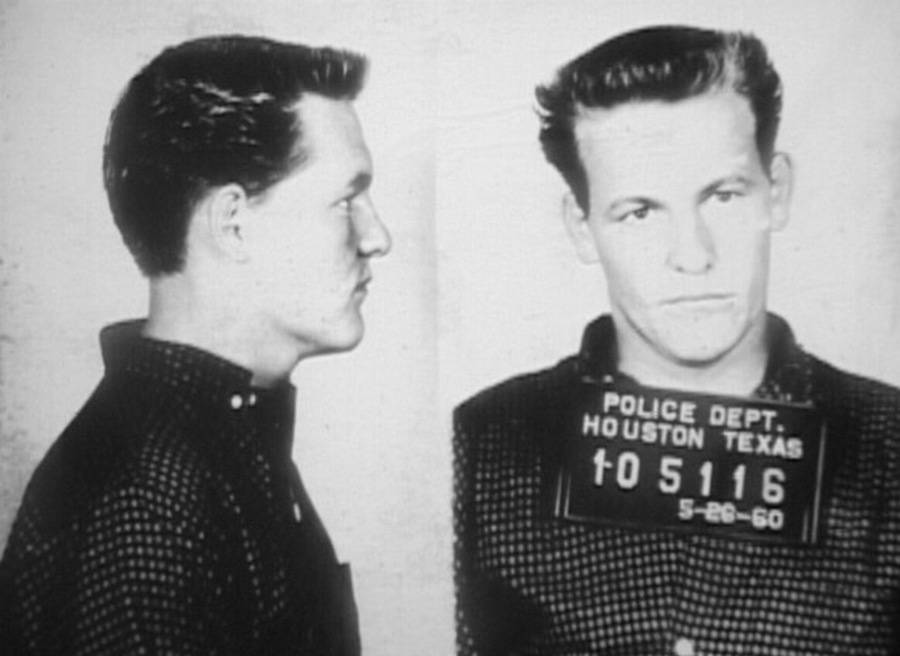 Sometimes, the most interesting actors come from eccentric parents or broken childhoods. The latter is undoubtedly the case with Woody Harrelson, whose father, Charles Harrelson, was a professional hitman who spent most of his life in prison.

Woody Harrelson’s dad disappeared from Woody’s life in 1968 when the future actor was just seven years old. Afterward, Charles Harrelson received a 15-year sentence for killing a Texas grain dealer. Somehow, he got out early for good behavior. That was in 1978.

How Charles Harrelson Became A Hitman

Woody Harrelson’s dad, Charles Voyde Harrelson, was born in Lovelady, Texas, on July 24, 1938. Charles was the youngest of six, and many of his family members worked in law enforcement. But Charles Harrelson chose a different path for himself.

According to The Houston Chronicle, Charles Harrelson briefly served in the U.S. Navy in the 1950s. But after he was discharged, he turned to a wayward life of crime. He was first charged with robbery in 1959 in Los Angeles, where he worked as an encyclopedia salesman. But it was just the beginning of his criminal career.

Four years after Woody Harrelson was born in 1961 (also on July 24, the same as his father), Charles Harrelson was living in Houston and gambling full-time. According to prison memoirs he later wrote, he claimed to have been involved in dozens of murder-for-hire plots during this time before he left his family in 1968.

That year, Harrelson was arrested three times, including twice for murder. He was acquitted of one murder in 1970. But in 1973, he was convicted of killing a grain dealer named Sam Degelia Jr. for $2,000 and sentenced to 15 years behind bars, though he was released after just five years for good behavior.

Yet Charles Harrelson’s time in prison didn’t seem to affect his criminal livelihood. Within months of his release, Woody Harrelson’s dad would be contracted to carry out his biggest hit ever — a sitting federal judge.

In the spring of 1979, Texas drug lord Jimmy Chagra hired Charles Harrelson to kill someone who stood in his way: U.S. District Judge John H. Wood Jr., who was scheduled to preside over Chagra’s drug trial. Defense attorneys nicknamed Wood “Maximum John” because of the harsh life sentences he handed down to drug dealers. 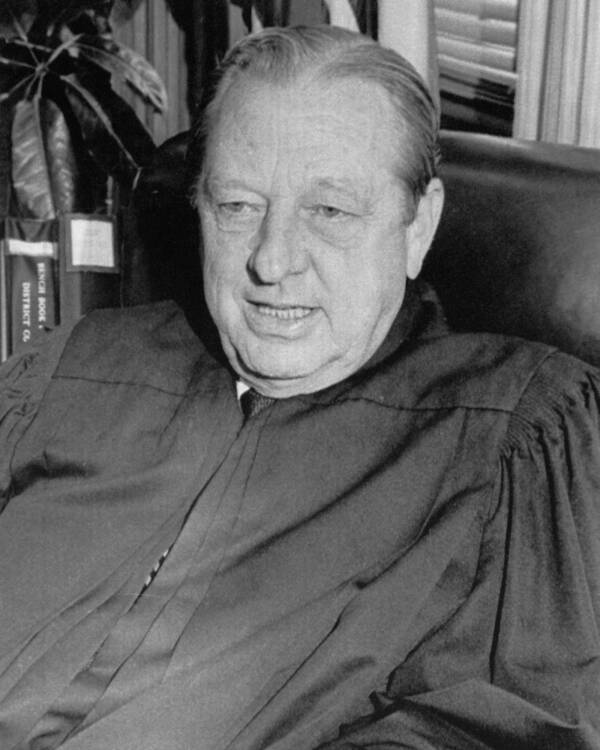 But the judge’s reputation proved to be his tragic undoing. Chagra forked over $250,000 to Harrelson because he faced a life sentence for narcotics smuggling.

A single assassin’s bullet to Wood’s back on May 29, 1979, felled the tough-as-nails judge. According to The Washington Post, Chagra was originally scheduled to go before the judge that very day in El Paso, Texas.

Charles Harrelson used a high-powered rifle and a scope to kill Wood outside his San Antonio home as the judge went to get into his car. It was the first time in U.S. history that a sitting federal judge had been assassinated.

An intense manhunt ensued, and the FBI finally caught Charles Harrelson and arrested him in September 1980 for murder after a six-hour standoff during which Harrelson was high on cocaine and made increasingly erratic threats before surrendering.

Woody Harrelson had no idea about his father’s checkered occupation until he was listening to the radio one day in 1981. The actor heard a news broadcast discussing the murder trial of Charles V. Harrelson. Curiosity got the better of the young man, and he asked his mother if the elder Harrelson was any relation.

His mother confirmed that the man on trial for murdering a federal judge was indeed Woody’s father. Woody followed his father’s trial intensely from that point on. Then, on December 14, 1982, a judge handed down two life sentences to Charles Harrelson, sending him away for good.

How Woody Harrelson’s Dad Reconnected With His Son

Even though Woody Harrelson had been estranged from Charles Harrelson for most of his life, the actor said he tried to have a relationship with his father beginning in the early 1980s. Rather than see the convicted assassin as a father, Harrelson saw his elder as someone he could befriend. 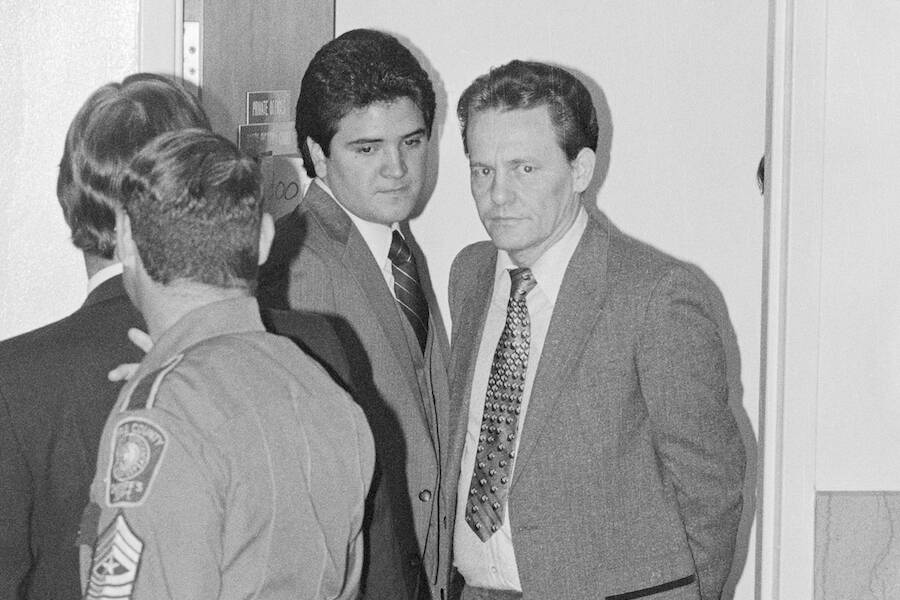 Bettmann/Getty ImagesCharles Harrelson (far right) in court on October 22, 1981, after his conviction for being a felon in possession of a gun. He would be convicted of murdering Judge John H. Wood Jr. a year later, in December 1982.

“I don’t feel he was much of a father. He took no valid part in my upbringing,” Woody Harrelson told People in 1988. “But my father is one of the most articulate, well-read, charming people I’ve ever known. Still, I’m just now gauging whether he merits my loyalty or friendship. I look at him as someone who could be a friend more than someone who was a father.”

At least once a year after Charles Harrelson’s conviction, Woody Harrelson visited him in prison. In 1987, he even stood in for Charles when he married a woman on the outside by proxy who he met while incarcerated, according to People.

Perhaps more astonishing, the Hollywood A-lister said he easily spent $2 million in legal fees trying to get his father a new trial, according to The Guardian.

Chagra, the drug lord, was acquitted of conspiracy charges in connection with the assassination. He supposedly entered the witness protection program after helping the feds on other drug cases. It helped that Chagra’s brother was a defense attorney who made a lot of money. The theory was that if Chagra himself was innocent, shouldn’t Harrelson also be not guilty of murder?

A judge didn’t agree with Harrelson’s lawyers, and Charles Harrelson spent the rest of his days behind bars.

The Hitman’s Final Years In Prison

At one point during his incarceration, Charles Harrelson made the audacious claim that he assassinated President John F. Kennedy. No one believed him, and he later recanted, explaining that the confession was “an effort to elongate my life,” according to a 1983 Associated Press article published in The Press-Courier.

However, Lois Gibson, a well-known forensic artist, identified Woody Harrelson’s father as one of the “three tramps,” who were three mysterious men photographed shortly after the JFK assassination. Their involvement in JFK’s death has often been linked to conspiracy theories. 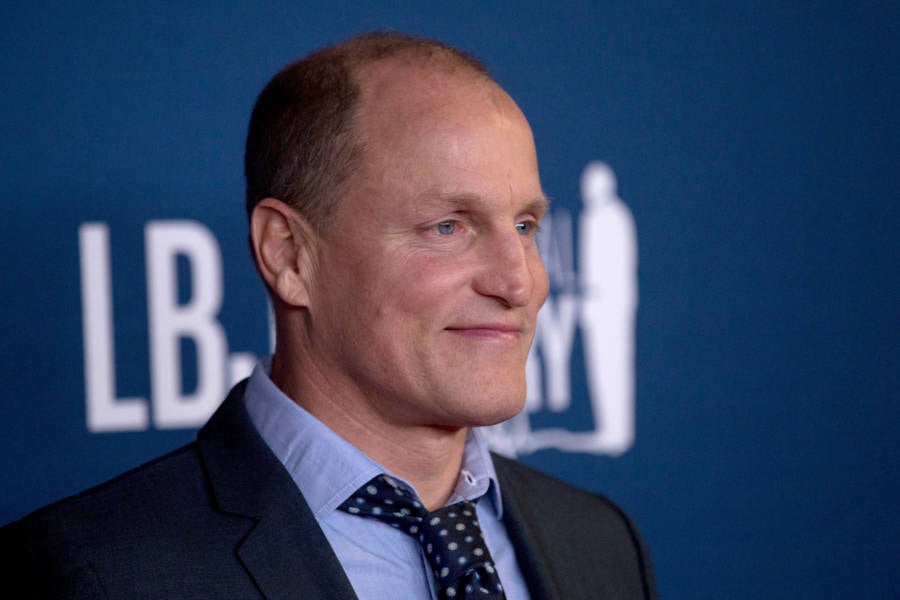 Wikimedia CommonsActor Woody Harrelson attempted to get his father a new trial after Jimmy Chagra recanted his statement that Charles Harrelson was guilty of Judge John H. Wood Jr.’s murder.

Charles Harrelson died of a heart attack in prison in 2007.

When The Guardian asked Woody Harrelson if his father, the convicted assassin, influenced his life, he said, “Quite a bit. I was born on his birthday. They have a thing in Japan where they say if you’re born on your father’s birthday, you’re not like your father, you are your father, and it’s so weird when I would sit and talk with him. It was just mind-blowing to see all the things he did just like me.”

In the end, Woody said he and his father got along despite his time in prison for being the first person in history to assassinate a U.S. federal judge.

After learning about Woody Harrelson’s dad, Charles Harrelson, check out Abe Reles, the hitman who mysteriously died in police custody. Then, read about Susan Kuhnhausen, the woman who had a hitman hired to kill her, so she killed him instead.