Susan Kuhnhausen was not about to allow herself to be victimized.

“Does she need an ambulance?” asked a 9-1-1 dispatcher during an emergency phone call on September 6, 2006.

“No, she’s a nurse,” came the reply. “She says to call an ambulance for the guy. He may be dead.” 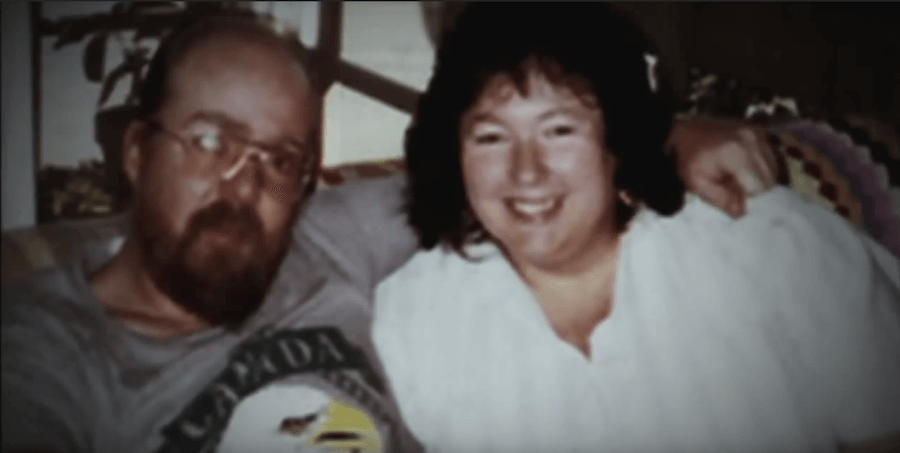 The voice on the end of that phone call was Susan Kuhnhausen’s neighbor.

Susan Kuhnhausen had been an emergency room nurse for 30 years at Providence Portland Medical Center in Portland, Oregon, where nurses are trained regularly in self-defense. She also had experience administering IVs into thrashing patients going through drug withdrawals, and occasionally cracked open the chests of patients in order to perform heart massages.

She just didn’t think she’d ever need to use any of these skills outside of the ER. But on that fateful evening, she discovered otherwise.

Then 51, Susan Kuhnhausen returned home from another tireless day on the job. It was dark in the house because the curtains had been closed. She usually opened them in the morning, but she didn’t think much of it.

That was until she turned around to find a man she had never seen before standing in her home. His name was Ed Haffey and he had a criminal record. Susan’s husband Mike Kuhnhausen agreed to pay him $50,000 if he killed her.

Susan and Mike had been married for 17 years, during much of which Mike had been emotionally abusive toward her. In 2006, Susan reached her tipping point and found the strength to kick her husband out of the house and seek a divorce. Unfortunately for her, her husband didn’t.

Susan Kuhnhausen later said as soon as she saw Haffey she realized, “He is here to kill me.” She added, “I don’t know why. I don’t know who he is. But his intent was clear.”

Haffey lunged at her with a hammer and hit her square in the temple. Kuhnhausen was 5’4” tall and her would-be killer had five inches on her. But she outweighed him and had that self-defense training on her side.

Kuhnhausen managed to fight back, punching and biting Haffey. “You’re strong,” he said, uttering his only words during the ordeal.

At one point, he spun her around and delivered a punch split that her lip and knocked her to the floor. He stood over her, hammer in hand.

Somehow, using all her strength, she managed to pull him down to the ground. Kuhnhausen started viciously biting him. The fight lasted about 15 minutes before she threw her leg over his body and climbed on top of him, pinning him down.

Susan Kuhnhausen wrapped her hands around his neck. She kept asking him who he was sent by, demanding an answer, but Haffey remained silent. Kuhnhausen kept him in a chokehold until he stopped breathing.

Afterward, she simply walked over to her neighbor’s house where they called 9-1-1.

In the aftermath, Mike Kuhnhausen was charged with solicitation of aggravated murder. He was sentenced to 10 years, but he died of cancer while he was in prison, six months prior to his release date.

Susan Kuhnhausen, who now goes by Susan Walters, has put her focus on advocacy and the development of a web-based portal for crime victims.

When she spoke about that day in September, Susan said, “I didn’t choose his death, I chose my life.”

Next, you can read about these female gangsters who killed their way into the underworld. After that, read about how dozens of women made sure Akku Yadav never raped again.