He's been accused of everything from buying an entire airline just for trafficking heroin to selling nuclear weapons, yet somehow Semion Yudkovich Mogilevich lives free.

Semion Mogilevich had been a colossal — and elusive — figure in the international criminal underworld since the 1990s. As the ruthless leader of the so-called Red Mafia of Russia, he has been described as “the world’s most powerful gangster” — and for good reason.

Mogilevich has reportedly had his hands in extortion, large-scale drug trafficking, prostitution, and even nuclear weapons trading. He was at one point considered an existential threat to Israel and Eastern Europe.

Even though he is known as the “Brainy Don” for his bachelor’s degree in economics and financial acumen, Mogilevich did not shy away from violence. He is said to have employed trained Afghanistan war veterans as his enforcers — and they mutilated enemies and associates so severely that other Russian crime groups quietly dissipated.

His control extended to Russian-Ukrainian gas companies, he has alleged links to Donald Trump, and ties to Vladimir Putin. Despite his FBI “Wanted” status, however, he lives freely in Russia to this day. The question remains: Why? 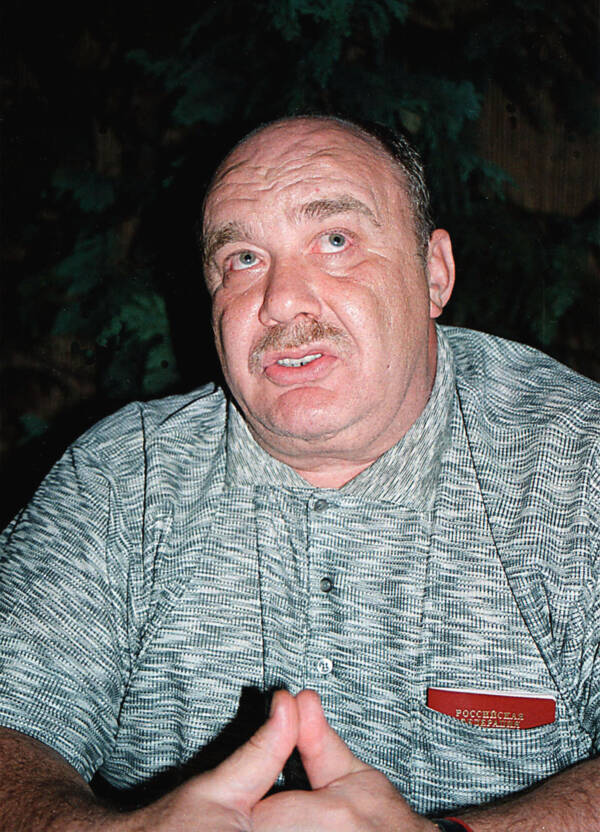 Mark Nilstein/Getty ImagesSemion Mogilevich is estimated to be worth $10 billion.

Born on June 30 or July 6, 1946, in Kiev in the Ukrainian Soviet Union, Semion Yudkovich Mogilevich was raised in the Podol neighborhood by Jewish parents. The ambitious young criminal launched his career in the 1980s by scamming fellow Russian Jews who simply sought to emigrate to Israel or America.

Mogilevich promised Jewish families that he would purchase their assets, sell them legally for a fair market value, and then graciously return the proceeds, but as one might expect, he simply pocketed the money. He served two prison terms for this stunt.

Meanwhile, many of those Soviet Jews he defrauded settled in the Brighton Beach area of Brooklyn, New York, and established their own mob. Donald Trump would become embroiled with these characters, as they bailed him out of a series of bankruptcies. 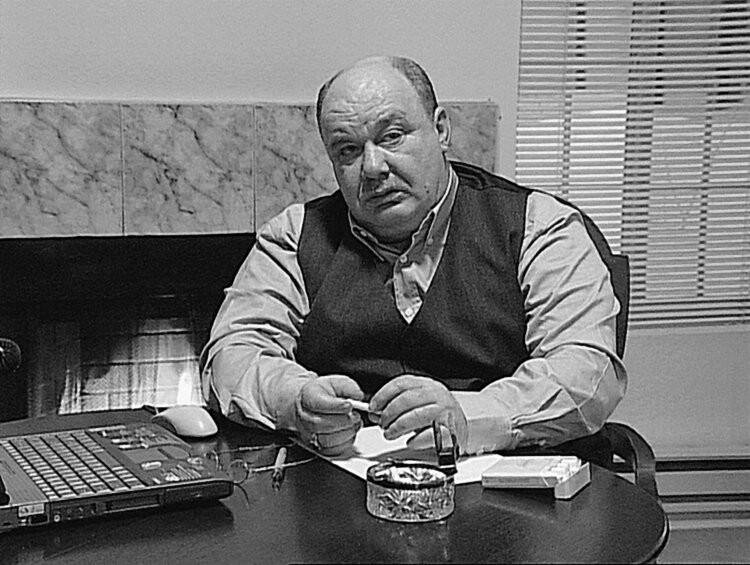 TwitterThe “boss of all bosses” made the FBI’s Most Wanted list the same year as Osama Bin Laden.

In the final years of the Soviet Union in the late 1980s, Russian veterans of the war in Afghanistan returned home intolerant of conventional lifestyles. The dissipating structures of Soviet society essentially gave way to a new era where oversight had vanished entirely. As the government slid into oblivion, hardened soldiers were able to create their own illegal businesses largely unrestricted.

What followed was the meteoric rise of organized crime, the “Bratva,” brotherhood, or the Red Mafia.

In this environment, the cunning Mogilevich shined. His financial acumen gave him a substantial advantage over more petty thugs and he took to money laundering for the Solntsevskaya Bratva, a well-organized Russian crime syndicate, through a petroleum import-export company he started called Arbat International. The corporation was registered in Alderney, a known tax haven. 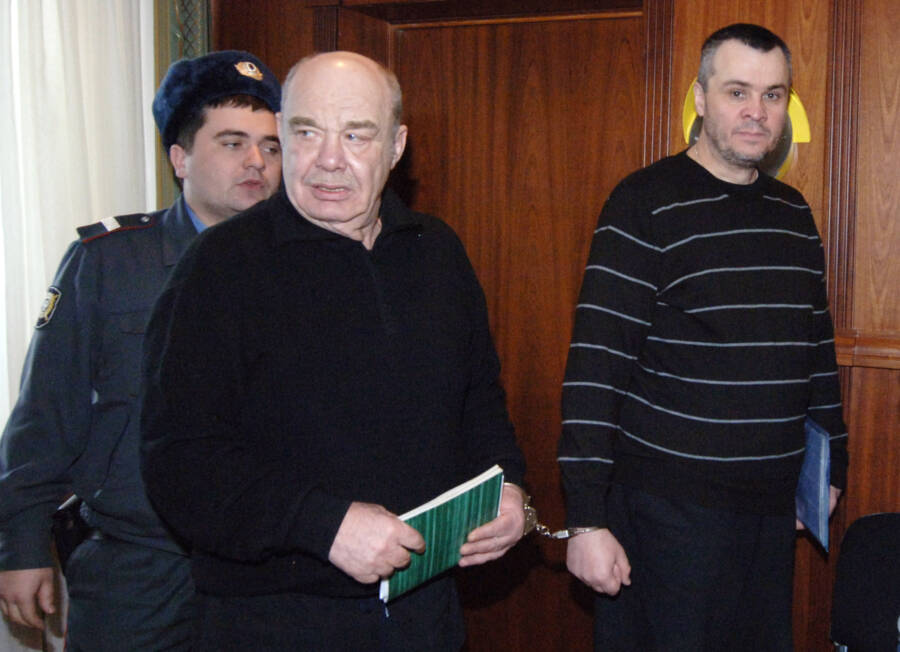 Stanislav Krasilnikov/TASS/Getty ImagesMogilevich during a 2009 court hearing in Moscow shortly before posting bail. The charges were also dropped a few months later.

Among his associates was Vyacheslav Ivankov, who became the Godfather of the Russian mob in America until he was convicted of extortion in 1996. The FBI also identified a Monya Elson, who worked alongside Mogilevich in his laundering and prostitution activities, who referred to the “Brainy Don” as “the most powerful mobster in the world.”

Becoming The World’s Most Wanted Gangster 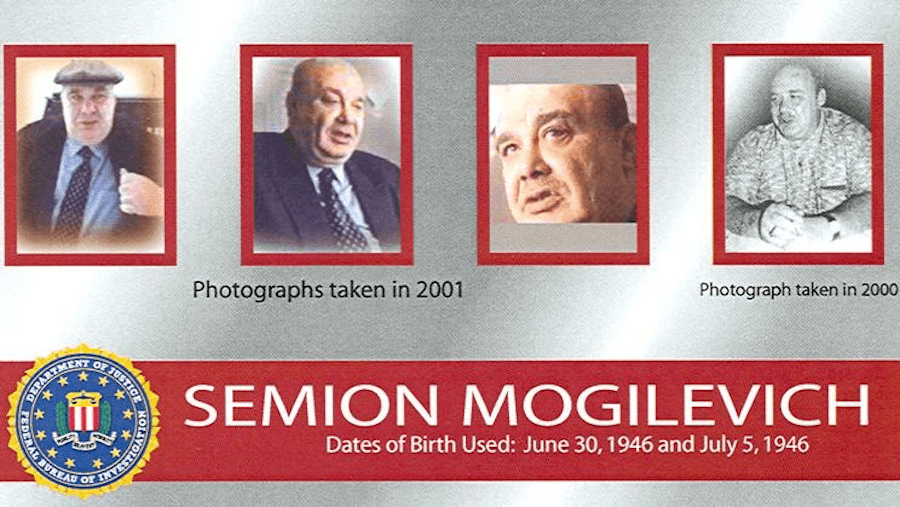 FBIMogilevich landed on the FBI’s Most Wanted list after defrauding thousands of Canadian investors $150 million through a fake magnet company based in Philadelphia.

In the early 1990s, Mogilevich moved to Israel where, according to Israeli intelligence, he “succeeded in building a bridgehead” and developed “significant and influential [political] ties.” He also collected a series of pseudonyms, including the identity of one Sergei Schneider, and held Russian, Ukrainian, Israeli, and Greek passports.

He married his Hungarian girlfriend, Katalin Papp, and relocated with her to Prague where he established a series of legal nightclubs that eventually become hubs for prostitution.

In 1993, he and leaders of the Solntsevskaya crime family made a lucrative agreement. They acquired a jewelry business in Moscow and Hungary which became a front for jewelry, antiques, and art acquisitions that they had stolen from Russian churches and museums. The Solntsevska mob even robbed art collectors’ homes, broke into Eastern European and German synagogues, and boosted rare religious books and Torahs they then profitably sold.

The following year, Mogilevich bought a license to buy and sell weapons — and bought up much of Hungary’s arms industry. He absorbed everything from mortar and anti-aircraft gun factories to artillery shell and fire equipment manufacturers. It’s believed that Mogilevich also dealt in nuclear arms. He once even tried to broker a deal to dump American toxic waste in the Chernobyl region.

Mogilevich also purchased a bankrupt airline from a former Central Asian Soviet republic for millions of dollars in cash to traffic heroin out of the Golden Triangle. He controlled everything that came and went into Moscow’s Scheremetyevo International Airport, which Elson called a “smuggler’s paradise.”

Around this time, the FBI began to take notice of Semion Mogilevich, in part because he was believed to have allegedly participated in a $150 million scheme to defraud thousands of investors in a Canadian company, YBM Magnex, which was based just outside Philadelphia and supposedly made magnets. Mogilevich had forged documents for the Securities and Exchange Commission that raised the company’s stock price nearly 2,000 percent.

The FBI was also stunned by Mogilevich’s economic savvy. As Craig Unger wrote for The New Republic, Mogilevich “mastered a skill that was deeply coveted by the most formidable gangsters on the planet: He took dirty money and made it clean.” 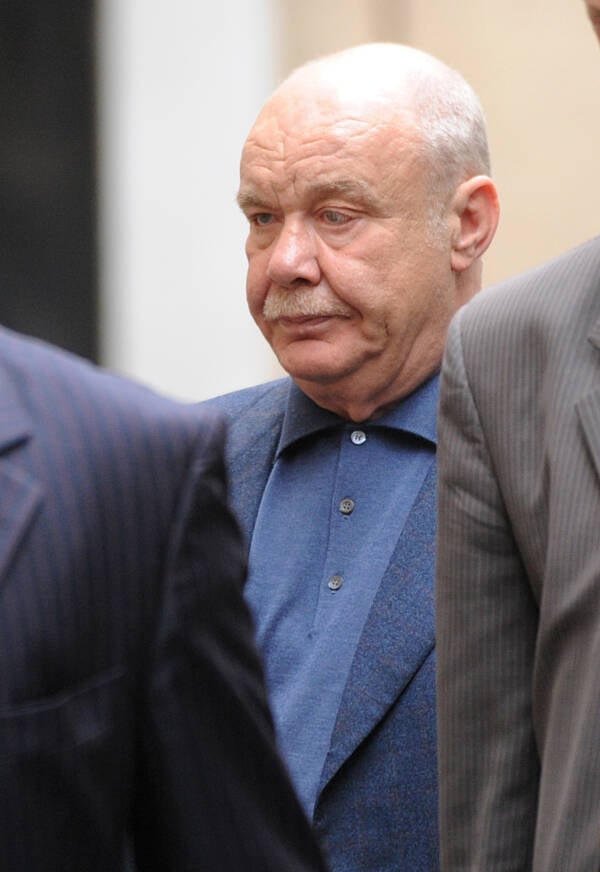 Alexey Filippov/TASS via Getty ImagesThe “Brainy Don” was using the pseudonym Sergei Schneider when he was accused of tax evasion in 2009.

Meanwhile, the FBI also found that Mogilevich had been strategically feeding Hungarian police and Germany’s Federal Intelligence Service (BND) information about rival gangs. By providing them with details on rivals he not only appeared cooperative, but he also made it impossible for authorities in Belgium, Germany, and Austria to investigate him as he was part of an ongoing contract.

At the same time, he bolstered his ties with other Russian crime groups and the Italian Camorra. He ran his own organization much like the American mafia. A 1998 FBI report found that Mogilevich was the head of a group of about 250 criminals, two of whom, Ivankov and Elson, are known killers.

Mogilevich’s Prague headquarters allegedly looked like posh villas from outside, but within, was said to be a torture chamber. From there, “the boss of all bosses” also reportedly supplied contract killers with weapons.

“Victims don’t mean anything to him,” an FBI agent reported. “And what makes him so dangerous is that he operates without borders.”

His Ties To Vladimir Putin And Donald Trump 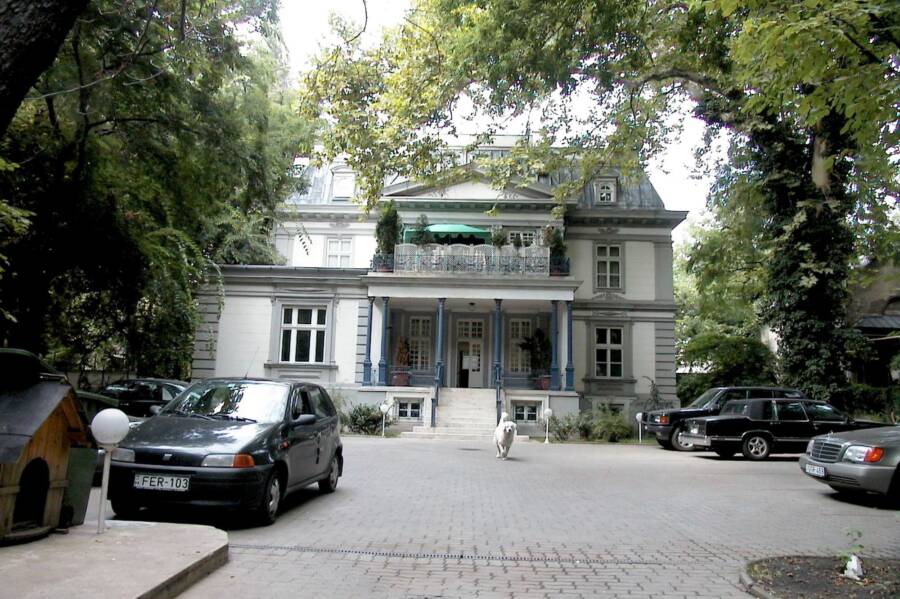 Mark H. Milstein/ANS/Getty ImagesMogilevich’s mansion was in the diplomatic quarter of Budapest and shared the same street with Chinese, Austrian, and Vietnamese embassies.

In addition to fraud and the lucrative trafficking of guns and drugs, Mogilevich used his resources to enter the energy sector. He bought his way into natural gas pipelines in Russia and Eastern Europe, which was a lucrative move considering the fact that Russia is responsible for supplying around 30 percent of Europe’s gas.

The Ukrainian prime minister, Yulia Tymoschenko, had taken notice of this move. He stated publicly that there was “documented proof that some powerful criminal structures are behind the RosUkrEnergo (RUE) company.”

But Mogilevich was finally caught in 2008 on tax evasion charges, not unlike Al Capone.

Mogilevich posted bail in July 2009 and was consequently placed on the FBI’s Most Wanted list, alongside Osama bin Laden, with a $100,000 reward for information leading to his arrest.

But because there is no extradition treaty between Russia and the U.S., it appears Mogilevich lives and operates freely under Vladimir Putin’s protection to this day. According to former Ukrainian President Leonid Kuchma, the two figures have been close friends — for a very long time.

“He’s on good terms with Putin,” said Kuchma. “He and Putin have been in contact since Putin was still in Leningrad.”

While there’s no evidence that he and Donald Trump have ever met in person, a slew of Mogilevich’s underlings have done handsome business with the president in the past. David Bogatin, a Russian gangster who used Trump properties for money laundering, was tied closely to the YBM scam. There is also the matter of Trump’s dealings with the Brighton Beach mobsters, some of who even lived in Trump Tower. 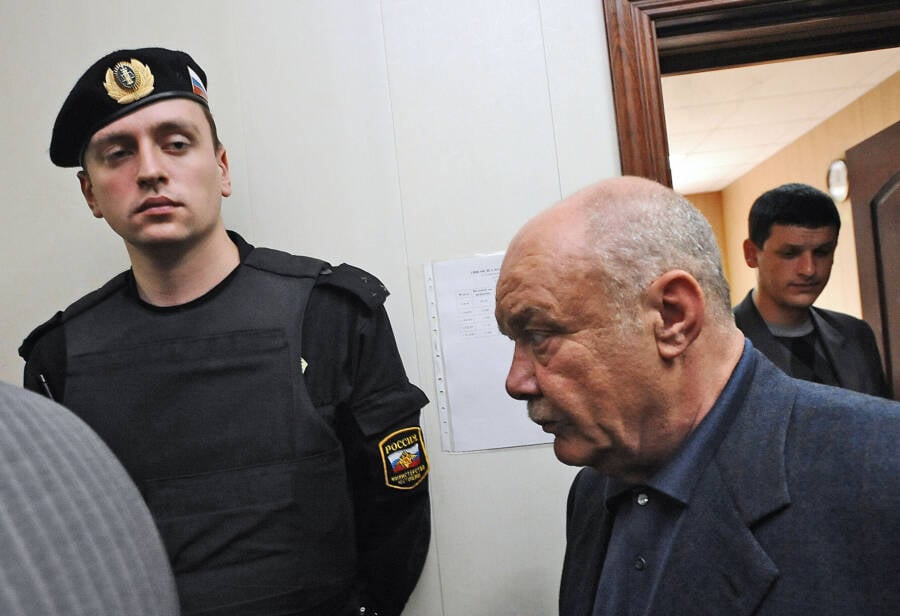 The “Brainy Don” has firmly denied all the charges he sustained in America and has flippantly pleaded ignorance.

As it stands, Mogilevich lives free in Moscow with his family. With close associations with the Solntsevskaya group, former Russian and Ukrainian politicians, and lucrative fingers in every pie — it certainly appears that he’ll stay that way.