Inside Matelotage, The Same-Sex Partnerships Between Colonial-Era Pirates

During the Golden Age of Piracy, some buccaneers engaged in matelotage, a form of civil union. Sometimes these arrangements were purely financial — but often they were affectionate, romantic, or sexual. 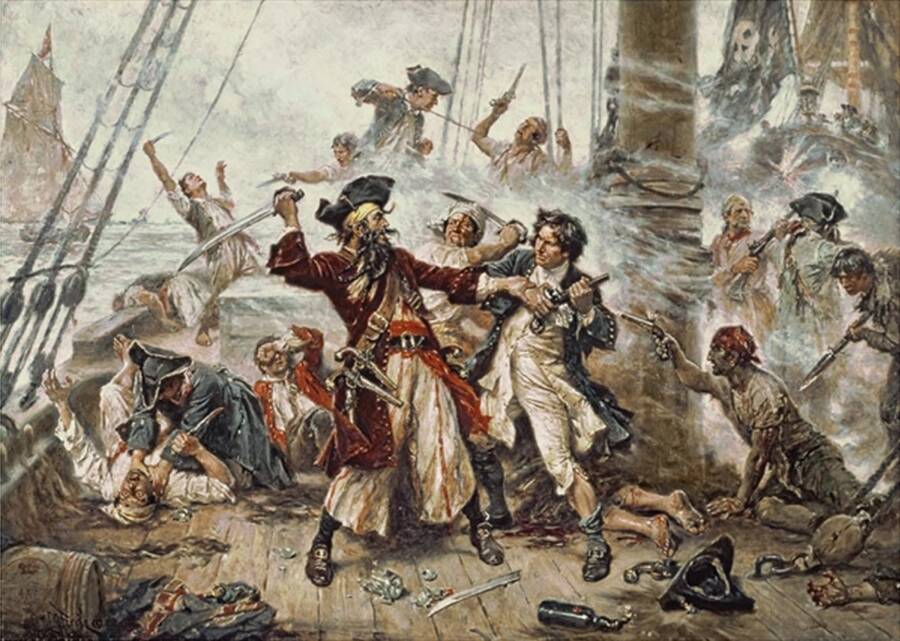 Wikimedia CommonsPirate symbols and myths are strong, but there are fascinating under-discussed elements to their communities, like matelotage.

Pirates have been an endless source of fascination for centuries — their rootless ways, their quests for treasure, and their sophisticated and stateless societies hold a strong appeal. But one little known aspect of their culture is matelotage – a sort of pirate civil union.

In pirate communities of the 17th and 18th centuries, ships were male-dominated, tightly packed, and the ship’s crew largely formed their own mores and rules. Matelotage developed in that environment where crew mates often knew one another more intimately than the wives and children they’d left behind on land.

In some cases, matelotage was affectionate, even fraternal; in others, it was romantic and sexual. But regardless of the nature of each relationship, pirates took the bonds of matelotage very seriously. 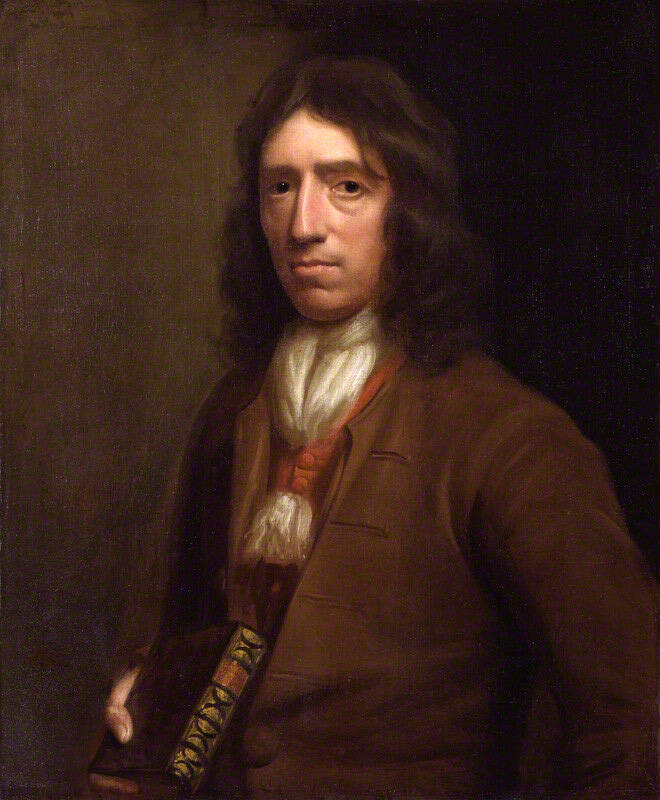 National Portrait GalleryThe crew of English pirate and slaver William Dampier is said to have engaged in matelotage.

As far as historians can tell, matelotage began during the 1600s. The word derives from the French matelot, which means sailor or seaman. “Matey” likely also derives from matelot, making it a sort of cousin-word to matelotage.

It’s believed that matelotage began as a strictly economic partnership. One pirate would agree with another that they could inherit the lion’s share of their fortune after leaving “part to the dead man’s friends or to his wife,” according to The Invisible Hook by Peter T. Leeson. Some historians describe it as something like an informal will.

While a work of fiction, Édouard Corbière’s 1832 novel, Le Négrier, produces a definition of matelotage: “This amatelotage of sailors among themselves, this hammock camaraderie, establishes a type of solidarity and commonality of interests and of goods between each man and his matelot.”

In Sodomy and the Pirate Tradition: English Sea Rovers in the Seventeenth Century Caribbean, Professor Barry Richard Burg writes that matelotage was “an institutionalized linking of buccaneer and another male — most often a youth — in a relationship with clearly homosexual characteristics.”

While not specifically mentioned in any written pirate’s code, matelotage would surely have been honored by most captains.

This arrangement could sometimes parallel the pederastic relationships of ancient Greece. Young matelots explicitly traded sex for stability, advancement, and often money. Other forms of matelotage were built around passengers or sailors trading sexual favors for food, security, or as a form of payment for outstanding debts.

Burg gives an account when a privateer commander, George Shelvocke, had the ship’s cabin boy promoted, with astronomic speed, to first mate. The boy was ill-suited to the task, but favoritism borne from his relationship with Shelvocke allowed for his rapid advancement.

The crew groused that “the boy gave us all a kind of emulation, wondering what rare qualifications Shelvocke could discover in a fellow, who but a few days before rinsed our glasses and filled us our wine.”

These relationships clearly offered benefits to both parties, but how widespread were they really? 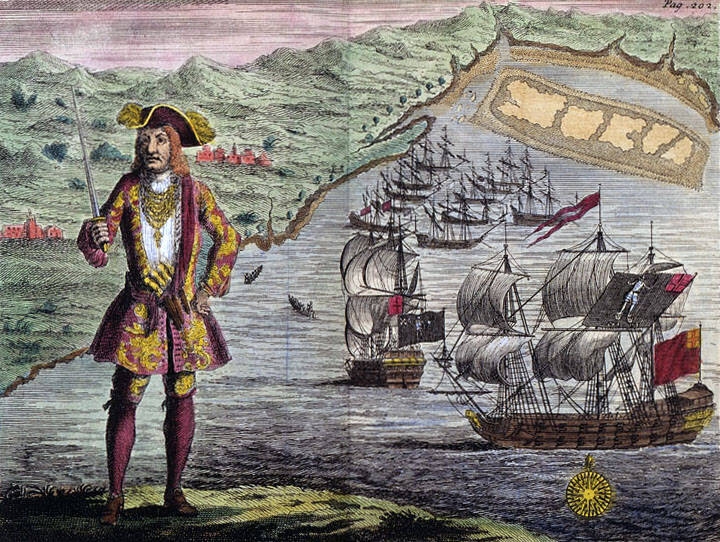 Wikimedia CommonsCaptain Bartholomew Roberts was said to have had a violent encounter with a crew member and his matelot.

Matelotage manifested in many different ways, but among pirates in the Caribbean in the 18th century, it generally denoted a sexual relationship. Even Captain Robert Culliford, the English pirate who defied Captain Kidd, engaged in the practice.

A register from Calendar of State Papers: Colonial Series records a John Swann, who was known as a “great consort of [Captain] Culliford’s, who lives with him.” The note is ambiguous, but clearly a relationship greater than economic convenience had developed between the sailors.

Jealousy and passion were often interwoven in matelotage. The entanglement of money, love, and sex on a pirate ship was bound to end in calamity from time to time.

One story tells of a matelot‘s outrage at losing his partner under Captain Bartholomew Roberts.

A sailor insulted the captain, and in response Roberts stabbed him with a sword, killing him on the spot. Learning of the deed, the sailor’s matelot, Jones, grew irate and confronted Roberts, unleashing a tirade against his captain.

Roberts took this fresh round of abuse as well as he’d taken the former and stabbed Jones as well. Furious, Jones threw Roberts over a gun and “beat him soundly.”

For his impudence, Jones was ultimately sentenced to receive two lashes from every man on the boat. 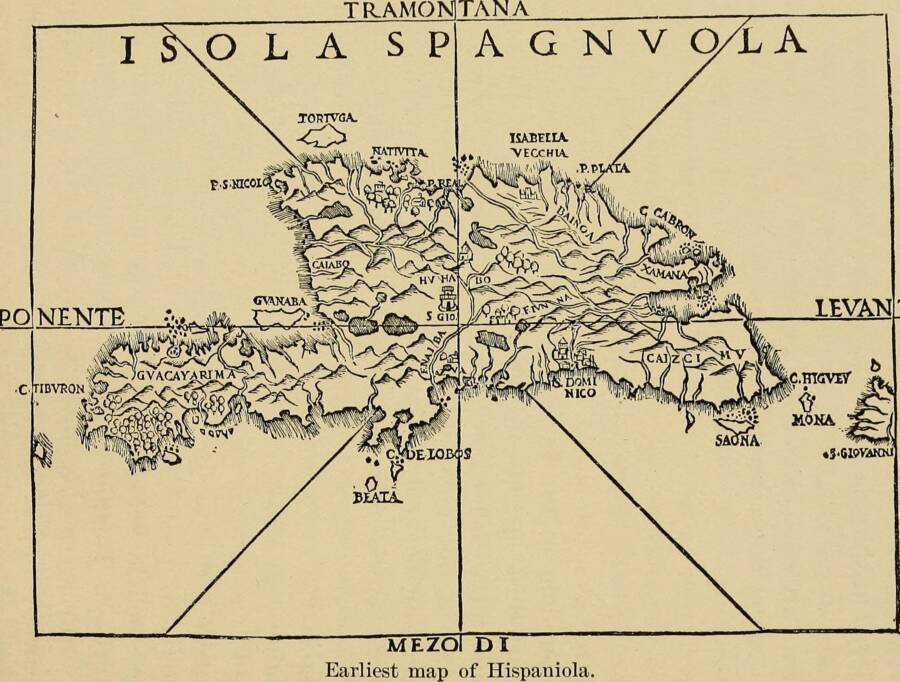 Library of CongressAn early map showing the island of Tortuga, off the coast of what is Haiti today.

Though the bonds of matelotage were respected on board pirates’ ships, same-sex unions were still highly stigmatized on land. All but the wealthy elite could be jailed or even killed for homosexuality.

Even in the pirate world, homosexuality wasn’t quite accepted as the norm. In Tortuga, a hotspot for buccaneers in the Caribbean, Governor Le Vasseur wrote to France in 1645 requesting that the government send 2,000 prostitutes to the colony, in hopes that the presence of more women would curb the prevalence of matelotage.

However, the plan backfired when some pirates began marrying prostitutes, only to share them with their matelotage partners. It seems the custom offered pirates a kind of security and companionship that they couldn’t find onshore and wasn’t so easily gotten rid of.

In terms of exactly how common same-sex romance was among pirates, historians today generally believe that rates of homosexuality likely mirrored what would have been found in the population at large. Unfortunately, without written matelotage records and only a handful of anecdotes documenting this practice, it’s impossible to say just how far-reaching it was.

Ultimately, whether their relationships were romantic or platonic, matelotage partnerships gave pirates a modicum of safety as they navigated a life of crime on the high seas.

For more tales of pirates’ lives, check out this story of a Ching Shih, a Chinese sex worker who became a pirate queen and the world’s most feared pirate hunter.