The Story Of Woodes Rogers, The World’s Most Feared Pirate Hunter

Woodes Rogers made it his life's work, and risked his families fortune, to rid the world of pirates. 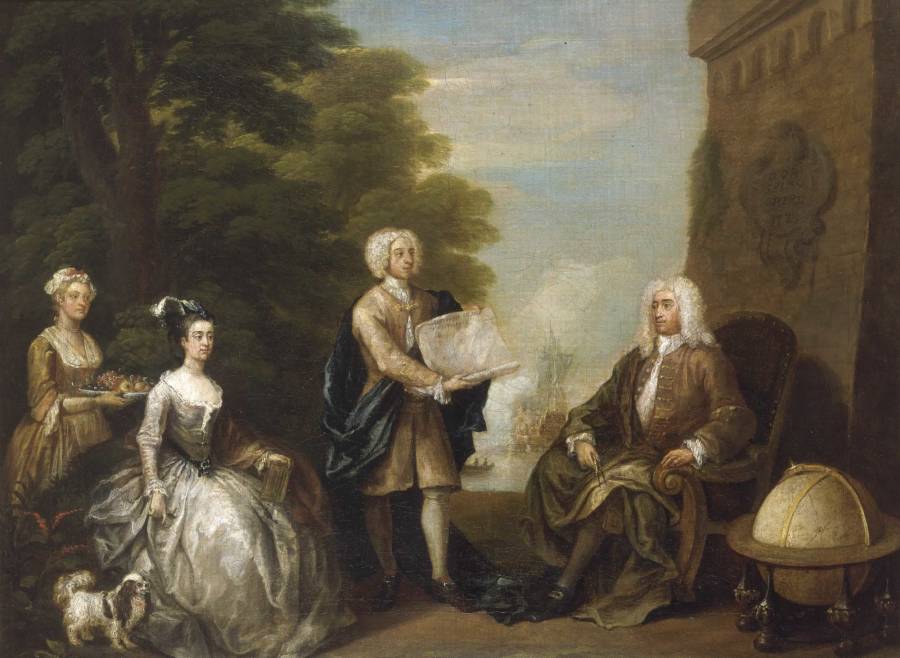 Wikimedia CommonsWoodes Rogers, on the right, as governor of The Bahamas.

Woodes Rogers lived through enough adventures in one lifetime to fill up 10 lifetimes of ordinary people. The English privateer was born into wealth in 1679 whose father was a merchant who ran a shipping business, through which the family became decently rich.

Despite his wealth, Rogers loved an adventure. At age 18, he became a sailor’s apprentice in Bristol. There, he learned the tools of the trade. Unfortunately, Rogers’s father died in 1706, suddenly leaving the young man in charge of his family’s financial fortunes.

Running a legal shipping business during the Golden Age of piracy wasn’t easy. King George I cared more about the Spanish fleet that competed against English interests as opposed to worrying about pirates plundering private merchant ships.

It was under this political climate that Rogers ended up running his father’s company. The War of Spanish Succession saw Spanish ships attacking those of the East India Company, the vast shipping firm that had interests in the Indian Ocean. A merchant captain by the name of William Dampier convinced young Rogers to finance an armed expedition to the Indian Ocean to protect the company’s interests around Madagascar, an area becoming a pirate hotbed.

Woodes Rogers, in turn, convinced financiers to build him two boats, named the Duke and Duchess, before setting sail on an around-the-world voyage in 1708. Dampier, an experienced sailor in his own right, came along for the voyage as a former captain of a previous expedition.

Once on his own, Rogers met with plenty of obstacles. The crew ran out of alcohol. The voyage didn’t pack warm clothes, and the ships sailed very close to Antarctica as the expedition sailed around the southern tip of South America. The English very rarely ran into any Spanish ships. Eventually, the crew tried to mutiny.

During a skirmish with the Spanish, Rogers lost his own brother. To add insult to the death, he became wounded when a musket ball lodged into the roof of his mouth.

Undeterred, Rogers sailed on. He was bitter and angry at the death of his brother, a chip on his should that he would carry for the rest of his life.

At Juan Fernandez Island in the South Pacific Ocean off the coast of Chile, the ships stopped to try to find supplies and food. The place was uninhabited, and it had a bevy of fruit and vegetables, and, for some reason, goats. Surprisingly, the crew added to their ranks at Juan Fernandez. Rogers picked up Alexander Selkirk, a man who abandoned Dampier’s previous voyage because he lost faith in Dampier’s leadership.

Woodes Rogers, in his bestselling book A Cruising Voyage Around the World: The Adventures Of An English Privateer, recounted the discovery of Selkirk on Feb. 1, 1709, as the crew made landfall:

“The Governor, though we might as well have named him Absolute Monarch of the Island, for so we called Mr. Selkirk, caught us two goats, which make excellent broth, mixed with turnip-tops and other greens, for our sick men….”

The respite at the island proved fruitful. The crew repaired the ships’ sail and the sick men had good food to eat so they could recover from scurvy. There were plenty of fish to catch for food. The sailors turned Juan Fernandez Island into a little town. 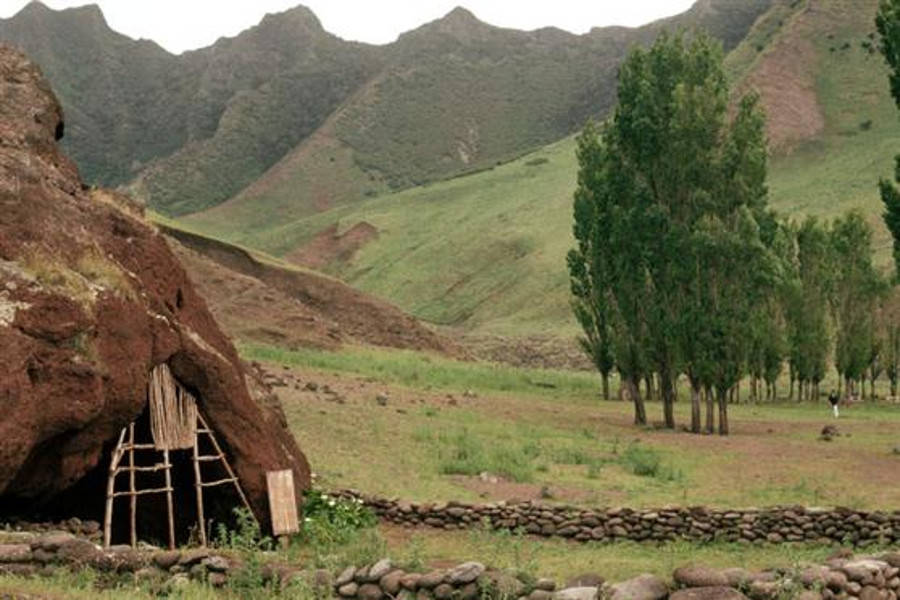 Selkirk proved to be a valuable asset as he gathered fresh supplies for Rogers’s crew. He survived more than four years alone on the island, and his survival skills and previous sailing experience made him a prized member of the crew. Selkirk reunited with his former captain, and Rogers made him first mate.

Woodes Rogers Vs The Pirates

After sailing around the world, Woodes Rogers returned home in 1711. His failed voyage put him deeply in debt: he owed the crown about $1 million in fines by today’s standards. He finally had the musket ball in his mouth removed, and it left him deformed and caused Rogers to have difficulty speaking.

Rogers left Bristol with seven ships, three of them with the Royal Navy, 100 soldiers and 130 colonists along with food and supplies. The king also sent pardons along with Rogers for any pirate who decided to leave behind the life of piracy for good.

Upon arrival, Rogers met Charles Vane, a ruthless pirate who shunned the pardons and set about setting fire to Rogers’s small fleet. That attempt failed, and Vane hatched a new plan.

Vane enlisted the help of Edward Teach. Most people remember Teach by his legendary name: Blackbeard.

Two of the three Royal Navy vessels left for New York, because they had additional orders once they dropped off Rogers and his colonists. Rogers was at the whims of whatever pirates he could find that would be willing to help him. 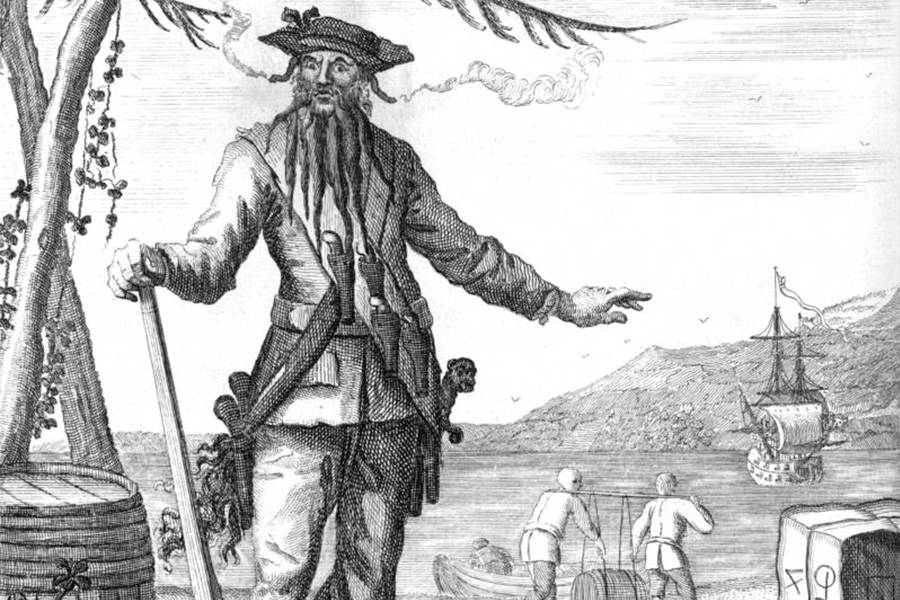 Blackbeard, the man who fled The Bahamas because of Woodes Rogers.

Benjamin Hornigold and John Cockram came to the rescue. As respected pirates, they convinced several others to accept the pardons. With many pirates now on the side of Rogers and his plucky group of colonists, Rogers mustered enough ships and men to go after Vane and Teach.

The pirate crews headed to Havana, Cuba, where one ship defected to Vane’s crew. Two ships bearing Hornigold and Cockram, returned. They didn’t find Vane, but they did return with a captured pirate ship and prisoners.

Woodes Rogers ordered the two returning ships back to Havana to get the pirates who eschewed their pardons. Hornigold and Cockram returned with 10 men and three dead bodies. In December 1718, Rogers sentenced nine of them to death and hanged eight of them. The brutal hangings prevented a planned rebellion against Rogers. Vane and Blackbeard never came to The Bahamas again. The uneasy truce with two former pirates came through in a big way.

The governor faced new threats beyond just pirates. The English and Spanish were at war, and he had to fortify Nassau, the capital of The Bahamas, to defend it against an attack. Rogers declared martial law and put everyone to work. In February 1720, the Spanish came. Rogers and the colonist fended them off. Soon after, the war ended and the threats dissipated.

In 1721, Woodes Rogers set sail for England to lobby for more ships, supplies, and colonists. It turns out that King George replaced Rogers as governor. Rogers was broke again. After swaying public opinion, Rogers convinced the king to give him his job back and he trudged back to his tropical stronghold in near-disgrace.

Rogers died in 1732, leaving behind a legacy of brutality against pirates. After all, he coined the slogan of The Bahamas, “Piracy expelled, commerce restored.” The British colony kept the motto until it gained independence in 1973.

Next, check out Ching Shih, a prostitute who became a powerful pirate lord. Then, read about another pirate queen, Grace O’Malley.