"For me it's just amazing because I've been aspiring to be a paleontologist for as long as I can remember." 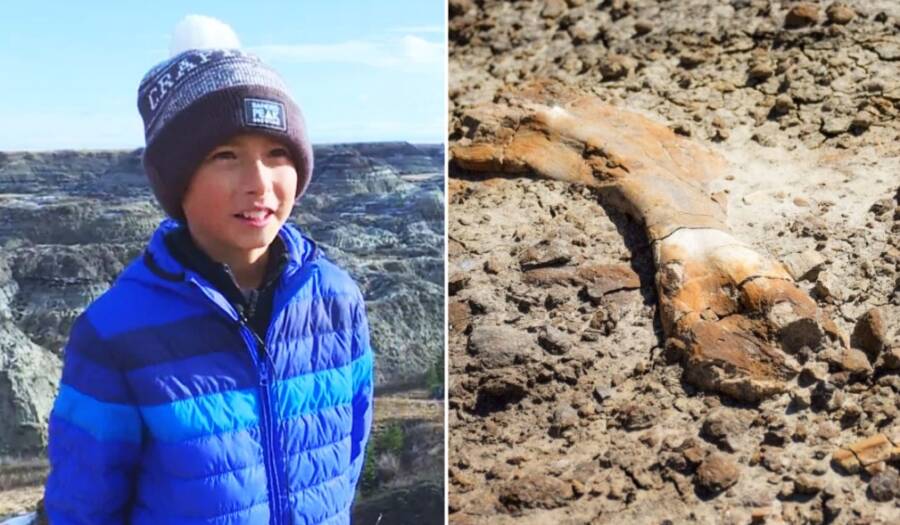 Terri Trembath/CBC/NCC12-year-old Nathann Hrushkin found a dinosaur fossil while hiking with his father in Alberta.

A lot of kids dream of becoming dinosaur experts when they grow up. But one kid in particular just got a glimpse of what it would be like to work his dream job as a paleontologist after he discovered the bones of a 69-million-year-old dinosaur.

According to CNN, 12-year-old Nathan Hrushkin was out hiking in Alberta, Canada, with his father when he came across something remarkable. The boy alerted his father after he noticed what looked like a giant fossil protruding out of the ground.

“The first thing I said was, ‘Dad, you need to get up here,'” recalled Hrushkin. “My dad said that he could tell by the tone in my voice that I had found something really good.”

Suspecting they had found something significant but still unsure, the father-son duo sent a photo of their finding to the Royal Tyrrell Museum. The institute confirmed their suspicion: they had indeed found a real dinosaur bone. It was identified as part of a young hadrosaur, commonly known as a duck-billed dinosaur. 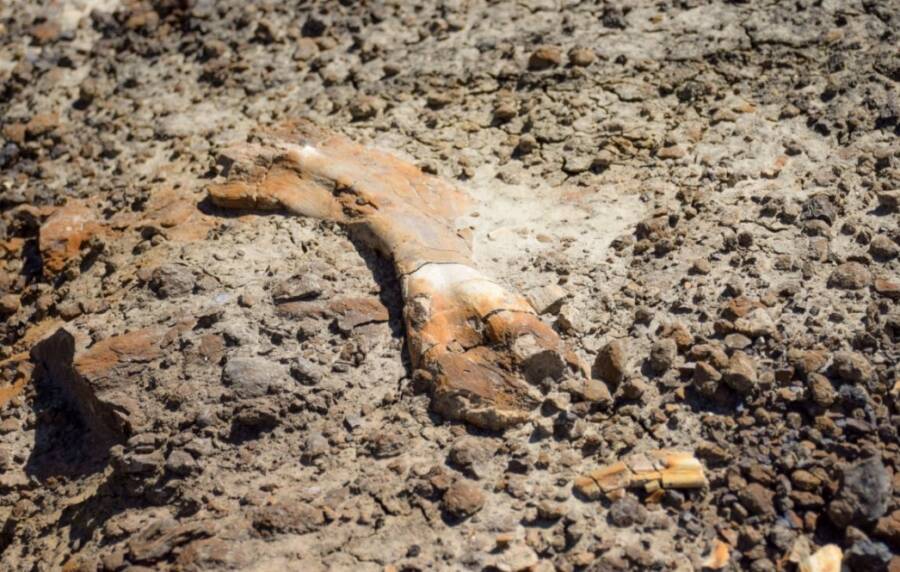 Nature Conservancy of CanadaResearchers uncovered 30 to 50 other fossils at the same location, all belonging to the same dinosaur.

The museum sent experts to the Horseshoe Canyon area where the discovery was made to inspect the specimen up close. The area is part of the Nodwell property under the Nature Conservancy of Canada (NCC) which confirmed the Hrushkins’ discovery of the fossil.

“The discovery of this dinosaur on a conservation site demonstrates the need for land conservation,” the NCC wrote in their statement a few months following the excavation in July 2020, “not just to ensure the conservation of wild spaces for future generations, but also as an opportunity to learn about our natural heritage.”

According to the NCC, the geological makeup of the property represents a time period between 71 and 68 million years ago, reflected through layers of volcanic ash, sandstones, mudstones, and, of course, prehistoric specimens.

The fossil uncovered by the aspiring paleontologist is made even more remarkable due to the fact that discoveries from that era have been extremely rare.

“[The dinosaur remains are] from a layer in Alberta where they don’t have a lot of fossil information,” said Dion Hrushkin, Nathan’s father. “So that’s why they were very excited to come and excavate it because it fills a scientific knowledge gap.”

Following the recovery of the fossil, which was part of the hadrosaur’s arm, researchers have uncovered between 30 and 50 bones in the canyon’s wall, all belonging to the same individual dinosaur. The fossil specimens were removed in protective jackets made of burlap and plaster and brought back to the museum lab for further analysis. 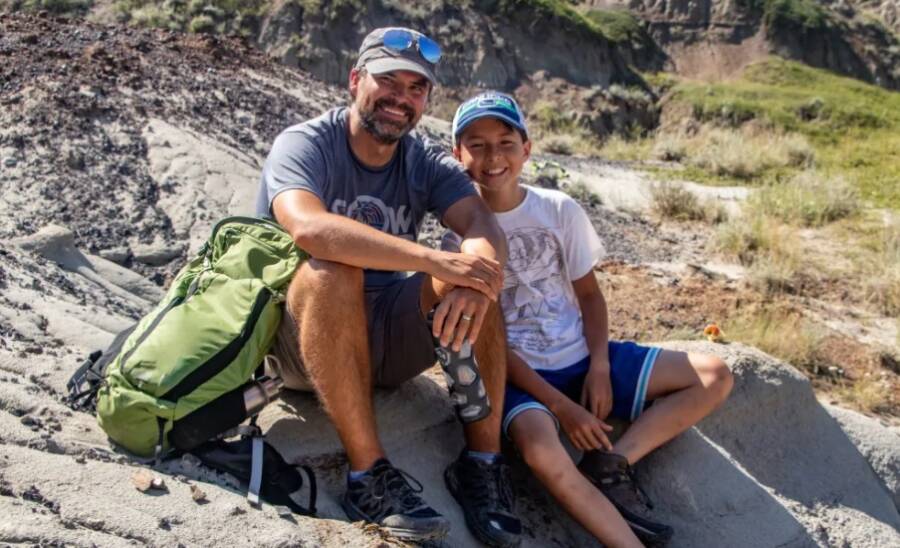 Nature Conservancy of CanadaThe father-son duo hope to see the dinosaur they found shown in a museum one day.

Based on early examinations, researchers established that the dinosaur had been a juvenile hadrosaur that was about three or four years old. While hadrosaurs are the most commonly found specimens in Alberta’s badlands region, only very few juveniles have been uncovered.

“These animals were probably the most common in Alberta in the late Cretaceous period, they were probably as common as deer were today,” François Therrien, a paleontologist at the museum, told Canadian news outlet CBC.

The fact that the fossil was located inside layers of canyon rock dating back 69 million years ago is also noteworthy since “fossil discoveries are rare in this geological layer,” according to the NCC. The experience of uncovering a real dinosaur fossil has been a dream come true for Hrushkin.

“For me it’s just amazing because I’ve been aspiring to be a paleontologist for as long as I can remember,” the pre-teen said.

Both father and son hope to someday view the dinosaur they helped find displayed inside a museum.