Boy Finds 1.2 Million Year-Old Stegomastodon By Casually Tripping Over It 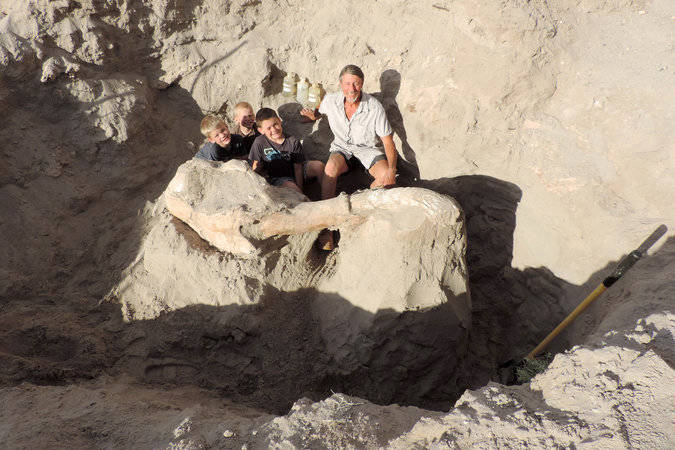 Peter HoudeDr. Peter Houde with the Sparks brothers during the Stegomastodon excavation.

There are benefits to being clumsy.

For example, when you trip on something in a New Mexico desert and it turns out to be a Stegomastodon fossil from 1.2 million years ago.

That’s what happened to 9-year-old Jude Sparks last November when he was exploring the Orange Mountains with his family.

“Hunter said it was just a big fat rotten cow,” Jude told KVIA TV. “I didn’t know what it was. I just knew it wasn’t usual.”

His parents agreed and contacted Peter Houde, a professor at New Mexico State University, who returned with the family to the site the next day.

Sure enough, the boy had stumbled over a fossilized tusk.

It’s a big discovery — both literally and metaphorically. The ancient mammals were cousins to the wooly mammoth and modern-day elephant, so the remains are large. 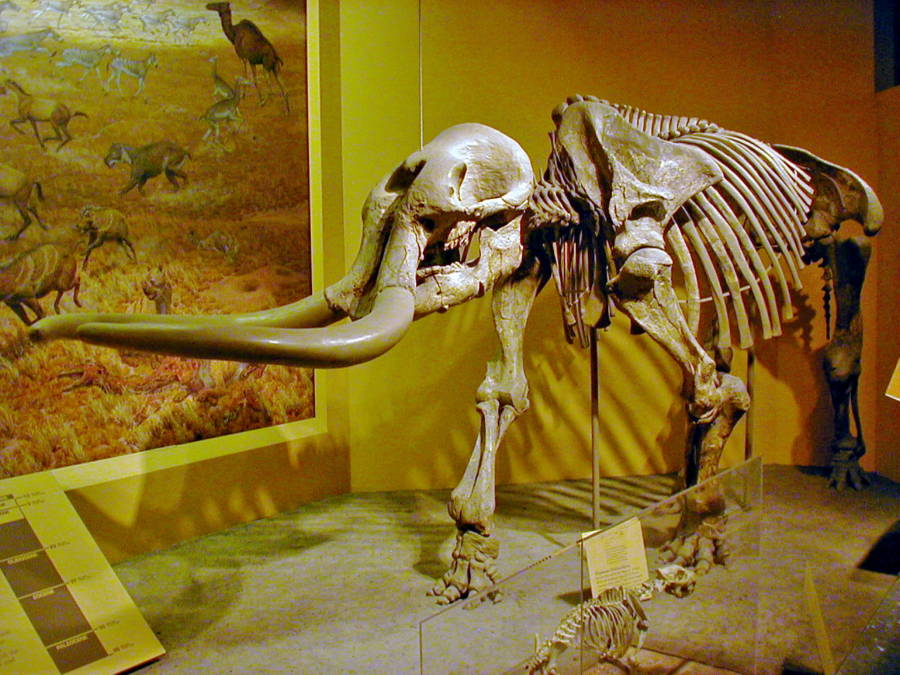 They’re also rare, since prehistoric bones typically disintegrate quickly after being exposed to the elements. Houde suspects the Sparks family came across the tusk just after erosion had brought it to the surface.

“This is really very unusual to find,” he told The New York Times.

With Houde’s help, the family reburied the remains and set about fundraising for a formal dig.

It took them months to organize a team and secure a permit — but in May they finally uncovered an entire skull made of fragile “egg-shell thin” pieces. 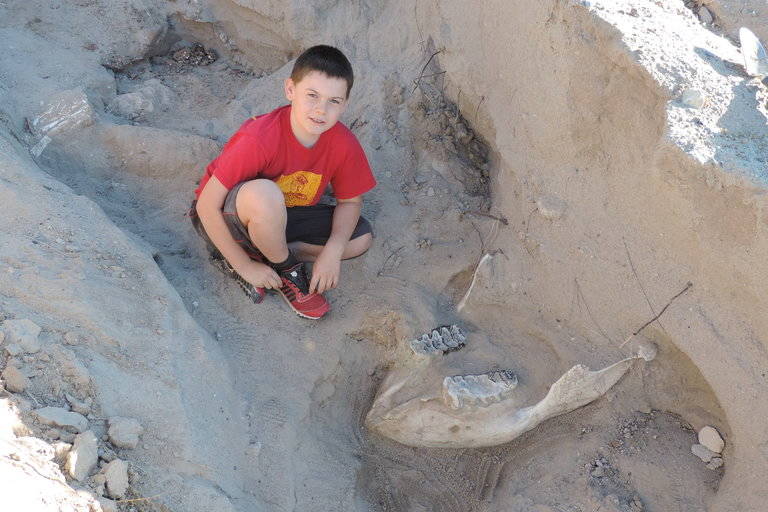 “We’re really, really grateful that they contacted us, because if they had not done that, if they had tried to do it themselves, it could have just destroyed the specimen,” Houde, who hopes to display the remains at the university, said. “It really has to be done with great care and know-how.”

Humans may have hunted the Stegomastodon toward the end of its existence, though it’s likely that its mammoth competitors kicked it off the evolutionary tree. The creatures remains — a bit smaller than the average African elephant — are easily identified by their broad, upward curving tusks.

As for Jude, he isn’t really as into fossils as he was when he was “little.”

He’ll take the attention, though.

Next, read about the 14-year-old who discovered a German warplane while working on his WWII homework assignment. Then, check out the fossilized “sea serpent” recently found with a baby in its belly.