The non-partisan U.S. agency showcased the iconic 2017 march in a heavily altered image, which obscured signs referencing the president and "female anatomy." 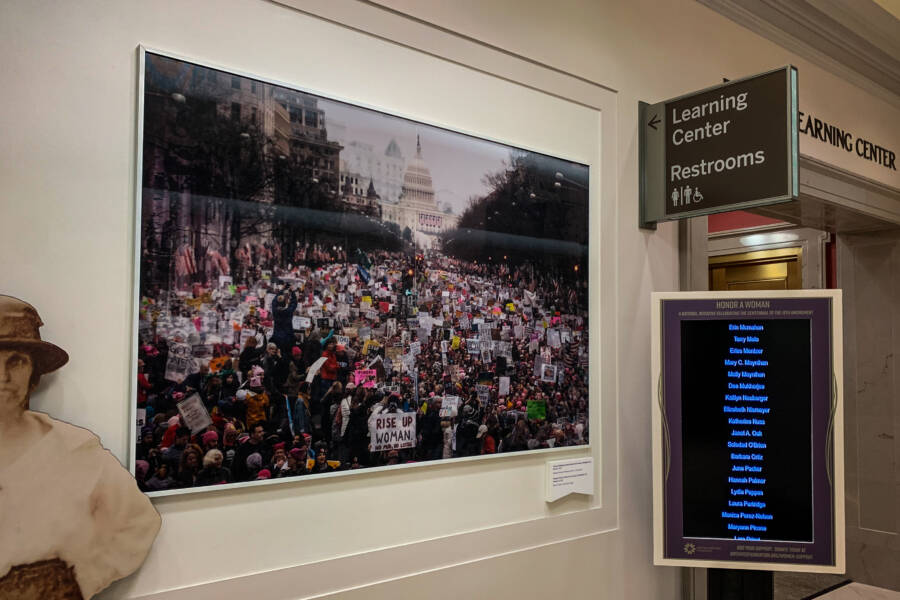 The Washington Post reported on Friday that the U.S. National Archives and Records Administration made several alterations to a photo of the 2017 Women’s March. In less than 24 hours, the Archives responded: “We made a mistake.”

The photo in question was part of a promotional display for an exhibit on the 19th Amendment, rather than an artifact. According to NBC News, the disconcerting alterations consisted of blurring signs critical of President Trump. The Archives also blurred “words that referenced women’s anatomy.”

According to HuffPost, one of the altered protest signs originally read “God Hates Trump,” with the alteration changing that message into a confusing “God Hates.” Another change saw the president’s name blurred in a sign that read “Trump & GOP — Hands Off Women.”

As an independent, non-partisan U.S. agency, the Archives is specifically entrusted with the preservation of history. So naturally, this has caused quite a stir on social media — with the Archives responding in a statement that promised to reverse course.

We made a mistake.

As the National Archives of the United States, we are and have always been completely committed to preserving our archival holdings, without alteration. pic.twitter.com/VTWOS4R7GY

“This photo is not an archival record held by the National Archives, but one we licensed to use as a promotional graphic,” the Archives said in Saturday’s statement. “Nonetheless, we were wrong to alter the image.”

The agency explained that it has since “removed the current display and will replace it as soon as possible with one that uses the unaltered image.”

Spokeswoman Miriam Kleiman said that the agency used photos from both the Women’s March in 2017 as well as a 1913 women’s suffrage march “and presented them together in a single display.” Both marches occurred on Pennsylvania Avenue in Washington, D.C. — over one century apart.

The former, held a day after Trump’s inauguration on Jan. 21, saw hundreds of thousands of demonstrators amass in the nation’s capital. Another estimated 3 million marched in cities throughout the world.

Kleiman clarified that the alterations were purposeful and did have a point, though regardless of intention, ended up being extremely unnerving.

“As a non-partisan, non-political federal agency, we blurred references to the president’s name on some posters, so as not to engage in current political controversy,” said Kleiman. “Modifying the image was an attempt on our part to keep the focus on the records.” 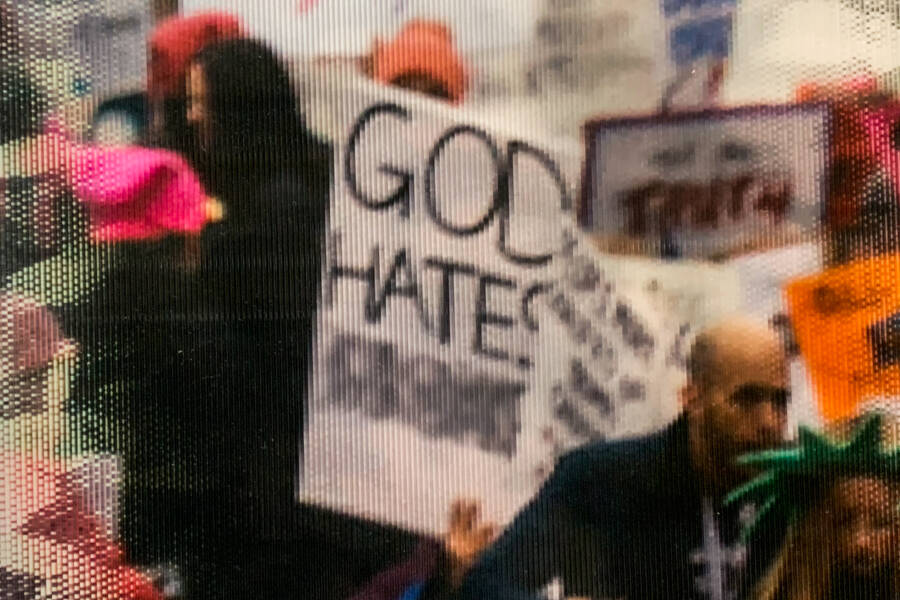 The American Civil Liberties Union (ACLU) was thoroughly displeased at the Archives’ misstep.

“The government can’t airbrush history or erase women’s bodies from it,” said ACLU Deputy Legal Director Louise Melling. “It is the job of the National Archives to document history, not alter it to serve the president’s ego.”

Words referencing the female anatomy were blurred, from “vagina” to “pussy,” the latter of which clearly referred to the president’s own infamous comments captured on tape. For Purdue history professor Wendy Kline, this was particularly aggravating.

This “buys right into the notion that it’s okay to silence women’s voice and actions,” she said. “It is literally erasing something that was accurately captured on camera. That’s an attempt to erase a powerful message.”

Meanwhile, Kleiman clarified that the Archives only alters images in exhibits when they are used as graphic design components — and that it does not alter any images displayed as historical artifacts.

She added that the Archives only blurred words “that could be perceived by some museum visitors as inappropriate, so as not to distract from the graphic’s intended purpose.” Ultimately, the agency promised to conduct a full-fledged review of its exhibit policies to avoid this happening ever again.

After learning about the National Archives altering a photo of the 2017 Women’s March, explore the women’s suffrage movement in 50 moving photos. Then, take a look at 50 photos celebrating women’s history.