After William Pitsenbarger helped rescue as many as 60 soldiers during one particularly fierce battle, he stayed on the ground and helped them fight.

On September 22, 1966, William Pitsenbarger Sr. and his wife visited the Pentagon where their son was to be honored with the Air Force Cross, the second-highest award for that service.

But the ceremony was marked by loss as their 21-year-old son, William Pistenbarger Jr., was killed in action some six months earlier. At least nine men lived because of Pitsenbarger’s sacrifice and his story has since been immortalized in the motion picture, The Last Full Measure.

William Hart Pitsenbarger as a boy was determined to become an elite warrior.

Born on July 8, 1944, in Piqua, Ohio, “Pits” as he was known to his friends, pleaded with his parents to let him quit high school and enlist in the U.S. Army’s Green Berets. They forbade it, but after graduating in 1962 he enlisted in the Air Force. 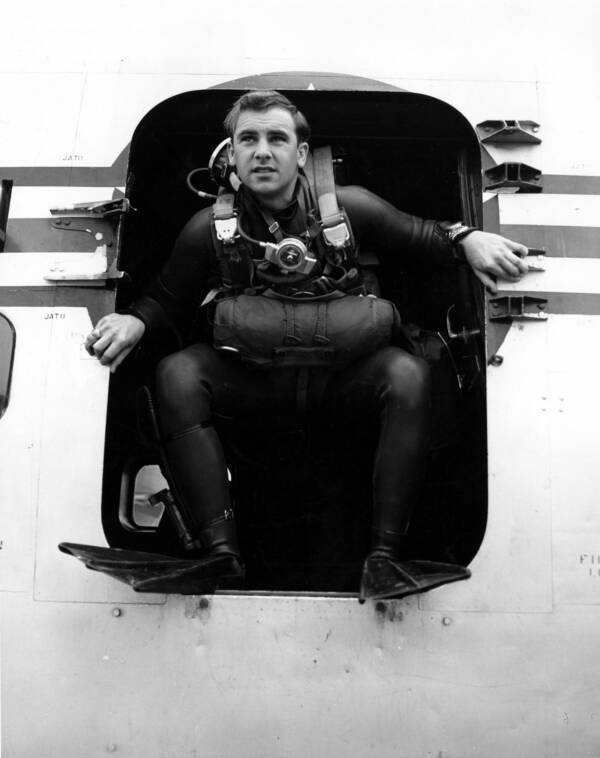 With this training complete, William Pitsenbarger joined an elite group of volunteer pararescue jumpers. These soldiers took part in some of the most dangerous military assignments in the service.

PJ’s, as they are commonly called, are lowered into active combat zones by helicopter to assist in the evacuation and treatment of injuries. They are part medic and part commando.

These things we do so that others may live.

In the Vietnam War, PJs earned more decorations per capita than any other service.

Pits was deployed to Vietnam in 1965.

William Pitsenbarger’s “Complete Disregard For His Own Safety.”

In his relatively short career as a PJ, Pitsenbarger took part in about 300 rescue missions.

One of his most notable was on March 7, 1966, when the 21-year-old descended into a burning minefield to rescue a wounded South Vietnamese soldier who had lost a foot. Airman First Class, or A1C, Pits reportedly said: “No problem, just lower me down on the penetrator, I’ll straddle the guy, pick him up, and then you can lift me up.”

Though his matter-of-factness may not have revealed as much, this was a risky move. The helicopter props could set off the mines buried below.

Pitsenbarger nonetheless pulled the rescue off and afterward, was awarded the Airman’s Medal and Vietnam’s Medal of Military Merit and the Gallantry Cross with Bronze Palm for his valor.

The citation noted that Pitsenbarger had a “complete disregard for his own safety.” He was recommended for four more medals. 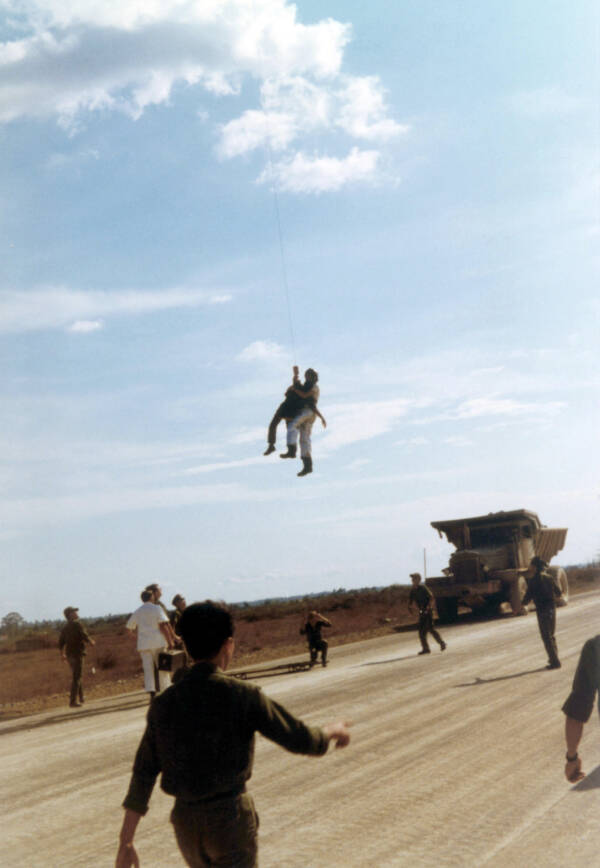 National ArchivesWilliam Pitsenbarger is lowered onto the roadway following the extraction of the Vietnamese soldier from a burning minefield at Bien-Hoa Air Base.

But this act would pale in comparison to the nerve Pitsenbarger showed a month later.

On April 11, 134 soldiers of Charlie Company, 2nd Battalion, 16th Infantry of the 1st Infantry Division, were besieged by some 400 Vietcong troops in the jungle about 35 east of Saigon near Cam My.

Sniper bullets were followed by mortar and machine-gun fire as the wounded and the dead piled up. There was no way that medivacs could get to the American troops because of the dense forest, but Pitsenbarger would try.

“I couldn’t believe that anybody was brave enough or crazy enough to come down on the ground with all this firing going on… Even though there was 700 guns firing at the same time, it was to him like nothing was going on, like nothing could hurt him. He came there to save lives and that’s what he was doing. He must have saved 40, 50, 60 guys who are living today.”

The cry for help went to the PJs and the 38th Aerospace Rescue and Recovery Squadron mobilized two helicopters to assist the besieged men.

Pitsenbarger was in a Husky HH-43 helicopter. The aircraft lowered hoists to the troops below to load the wounded for evacuation. But the enemy fire was so fierce that this method proved to be useless. Instead, Pitsenbarger reportedly said to his pilot, “I’m going in.”

With a flak jacket and a .38 caliber pistol, Pits descended the 100 feet to the jungle below and began to organize the evacuation efforts.

His efforts greatly expedited evacuating the wounded and lessened the time that the helicopter needed to hover in a vulnerable position. He successfully evacuated nine wounded soldiers.

The standard procedure was to evacuate the wounded and then pull out, but Pitsenbarger had no such intention. Each time the helicopters were ready to depart with a load of the wounded, Pits waved them off, refusing his own rescue in favor of gathering more wounded.

Eventually, the fighting on the ground became so intense and the helicopters so damaged that they could not return. The Vietcong then launched their final assault.

Pits, all this time, had provided aid to the soldiers at the risk of his own exposure. He crafted stretchers and splints from vines and branches. He used up his entire supply of morphine. He collected weapons and ammunition, passing it to the wounded.

He even gave his own revolver to a wounded soldier who could not hold a rifle. He then took part in the desperate fighting himself.

One officer recalled of the fighting: “To put down on paper what this battle was like is an impossible task. All a person could do was get as close to the ground as possible and pray…I am certain the death count would have been much higher had it not been for the heroic efforts of Airman Pitsenbarger.”

While estimates of how many men Pits actually saved vary widely, he is usually credited with saving at least nine. 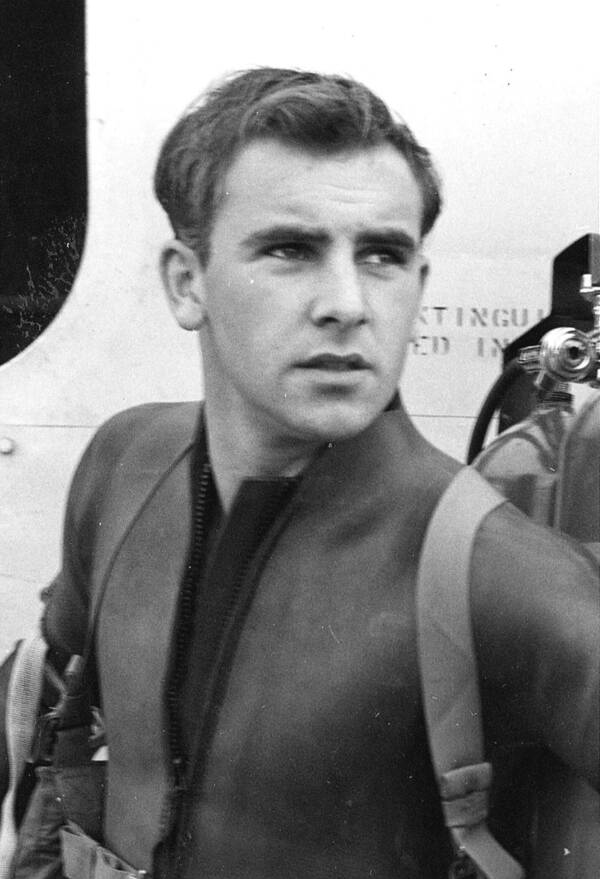 U.S. Air ForceA1C William Pitsenbarger has been posthumously awarded a Medal of Honor.

In his heroics, Pitsenbarger was shot three times. And in the assault by the Viet Cong that followed, the Americans suffered an 80 percent casualty rate.

Pits was killed by AK-47 fire at about 7:30 PM that evening. When his body was recovered, he had taken four or five bullet wounds. He was holding his medical kit in one hand and a rifle in the other.

Pits’ heroism is certainly the stuff of legends, and it’s all the more awe-inspiring since it was real. His fellows and officers recommended him for the Medal of Honor. However, the Air Force brass downgraded this to the Air Force Cross for indeterminate reasons.

Pitsenbarger’s hometown celebrates his heroics every year to this day.

Even though he was the first airman to receive the Air Force Cross, it seemed to not be worthy enough for the soldier. So on Dec. 8, 2000, his Air Force Cross was upgraded to the Medal of Honor and he was also promoted to staff sergeant.

The citation, in part, reads:

“Airman Pitsenbarger exposed himself to almost certain death by staying on the ground and perished while saving the lives of wounded infantrymen. His bravery and determination exemplify the highest professional standards and traditions of military service and reflect great credit upon himself, his unit, and the United States Air Force.”

He was the second U.S. Air Force enlisted man to receive the Medal of Honor. Pitsenbarger’s legacy will be immortalized in a film of his heroics. The film, the Last Full Measure, stars Sebastian Stan, Samuel L. Jackson, Christopher Plummer, Ed Harris, and William Hurt. Pits will be played by Jeremy Irvine.

A trailer for The Last Full Measure.

The film flashes between Pitsenbarger’s heroics and the efforts of a Pentagon staffer (played by Stan) decades later to posthumously award him the medal.

In the process, the staffer uncovers a conspiracy that denied him the medal — something that didn’t happen in real life — but surely makes for good theater. Not even a film could craft the kind of courage Pitsenbarger displayed that day in April 1966, though.

After this look at the unbelievable valiance of William Pitsenbarger, read up on the tunnel rats of the Vietnam War, men who braved the enemy underground. Then, learn about fragging, when soldiers in Vietnam chose to blow up their superiors as opposed to fighting.