When Did Native Americans Get The Right To Vote? Inside The Little-Known History Of Indigenous Voter Suppression

After Native Americans became U.S. citizens with the Indian Citizenship Act of 1924, the government allowed states to decide whether or not to guarantee them the vote. 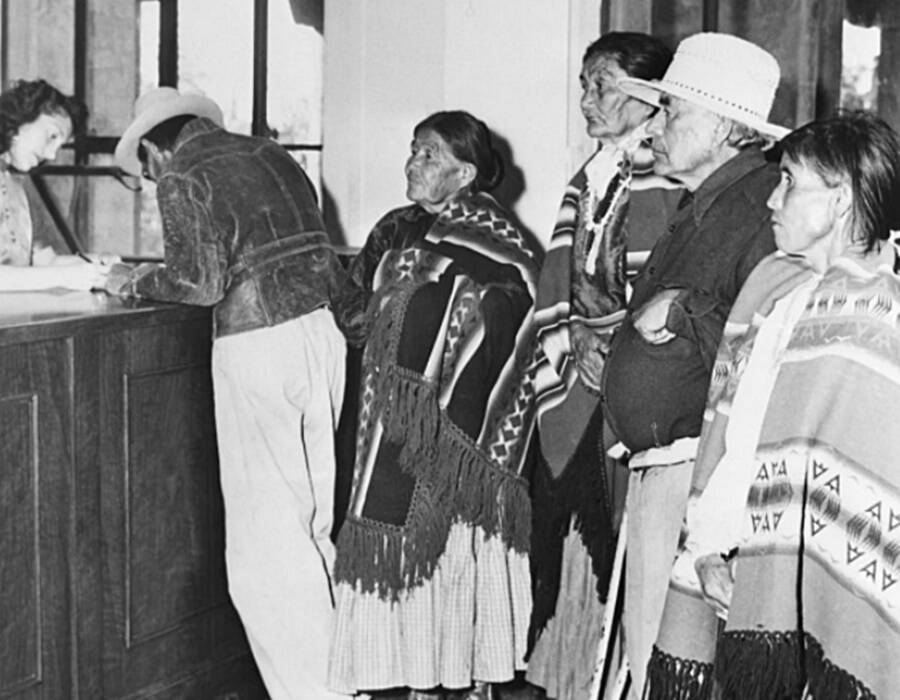 Bettmann Archive/Getty ImagesNative Americans attempting to register to vote in New Mexico in 1948.

While the right to vote is supposedly guaranteed to all U.S. citizens under the law, minority populations remain disproportionately affected by discriminatory policies on the state level that challenge their ability to make it to the polls. This includes Native Americans.

Native Americans have a long history of fighting for their voting rights as U.S. citizens. Even after the passage of the Indian Citizenship Act in 1924, Indigenous people in the U.S. were not guaranteed the right to vote. In fact, discriminatory laws implemented by some state governments actively worked to suppress Native American voting rights for years.

So, Native Americans were often forced to fight for the right to vote state-by-state. The last state to guarantee Native American voting rights was Utah in 1962. However, even as Indigenous people won these victories, they still struggled against many of the same discriminatory practices that African Americans faced, such as poll taxes and literacy tests.

In 1965, the historic Voting Rights Act outlawed many discriminatory practices that denied U.S. citizens the ability to vote based on their race. And thanks to subsequent legislation in 1970, 1975, and 1982, their voting protections were further strengthened and empowered.

But with the Voting Rights Act continuously weakened by Supreme Court rulings in the last few years, some voting protections may be diminished, and will likely affect minority voters — like Native Americans — the most.

Despite years of progress, certain laws at the local level still hinder accessibility for Native American voters, and their struggle to protect their rights as U.S. citizens continues to this day.

How Disenfranchisement Of Native Americans Began In The Early Years Of The U.S. 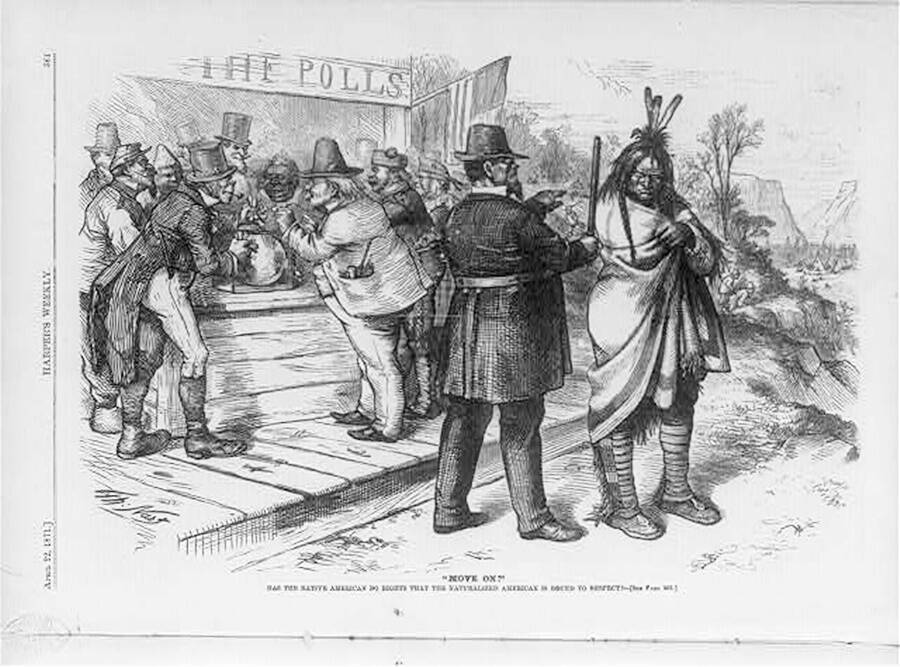 Library of Congress An illustration from an 1870 issue of Harper’s Weekly shows a police officer barring a Native man from the polling site.

To understand the history of Native American voting rights in the U.S., it’s important to examine what was going on before they became citizens.

The first Pilgrims arrived on what we now know as Cape Cod in 1620. But the New World that these Pilgrims had reached wasn’t empty. It was a rich land inhabited by thriving and diverse tribes of Indigenous people.

Before Christopher Columbus’ arrival to the Americas in 1492, it’s estimated that the area boasted up to 60 million Indigenous people. Just a little over a century later, that number had dropped to about 6 million.

The colonization of North America, fueled by violence perpetrated by white settlers, wiped out scores of Native people. The spread of European diseases also played a role. The Native Americans who survived the onslaught of settler violence persisted in maintaining what little they had left.

But in the 18th century, a growing movement among the settlers — who were living in colonies under the British Empire — sought to form their own independent nation. Ironically, the settler struggle for independence went hand-in-hand with their marginalization of Native Americans.

After the U.S. gained its independence, the government continued its expansion across America. By the time that the U.S. Constitution was ratified in 1788, the Native American population had largely been decimated. 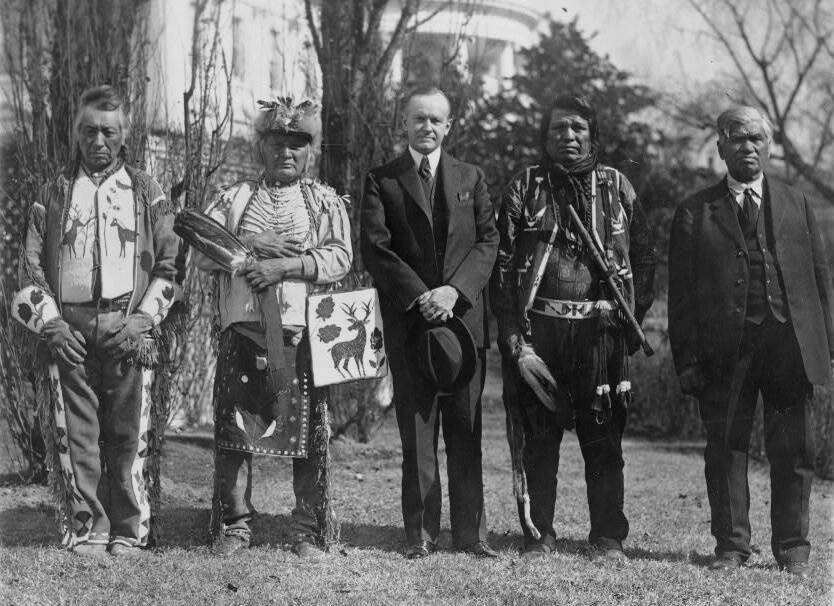 Library of CongressThe Indian Citizenship Act under President Calvin Coolidge did little to protect the rights of Native Americans.

When the United States was first founded, white men with property were the only ones allowed to vote. But by 1860, most white men — even those without property — were enfranchised. And following the abolition of slavery in 1865, Black men were granted the right to vote with the 15th Amendment five years later. Women’s suffrage was added to the Constitution in 1920.

But throughout all of these historic milestones, Native Americans remained left out as non-citizens — on purpose. Even though Black Americans won citizenship with the 14th Amendment in 1868, the government specifically interpreted this law so that Indigenous people would be excluded.

“I am not yet prepared to pass a sweeping act of naturalization by which all the Indian savages, wild or tame, belonging to a tribal relation, are to become my fellow-citizens and go to the polls and vote with me,” argued Michigan Senator Jacob Howard.

So, for a long time, Native Americans were left disenfranchised. Not only did this help the U.S. government as it seized more Native territory, but it also prevented Indigenous people from assembling any political power. In a sense, surviving tribes were made foreigners on their own land.

And since they weren’t considered U.S. citizens, Native Americans had basically no rights in the eyes of the U.S. government.

The Long Road To The Indian Citizenship Act 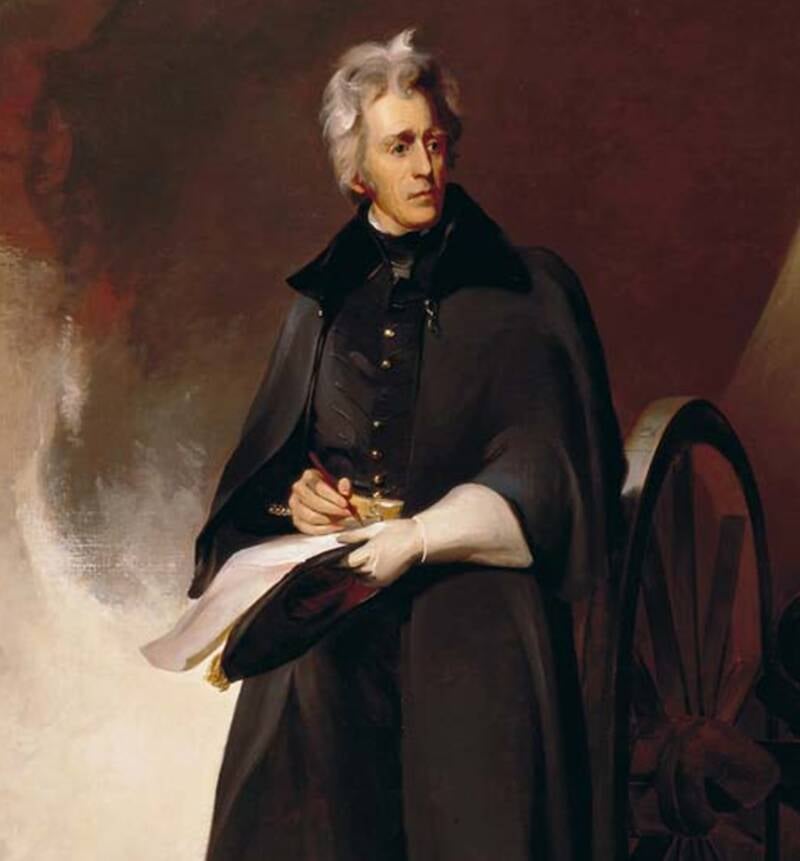 As Native Americans hung on to their disappearing lands and their endangered cultures, the U.S. government sought various ways to force the surviving tribes away from their traditional way of life.

Under President Andrew Jackson, who passed the harmful Indian Removal Act of 1830, the Choctaw, Seminole, Creek, Chickasaw, and Cherokee tribes east of the Mississippi River were forcefully removed from their territories and relocated to the “Indian colonization zone” in the West.

Up to 100,000 Indigenous people were forced to make this move, with some “bound in chains and marched double file” as they made the journey on foot. This brutal removal of Native Americans from their homelands became known as the Trail of Tears. Some 15,000 people died along the way.

In 1887, the Dawes Act was passed, which provided for the dissolution of “Native American tribes as legal entities and the distribution of tribal lands.” 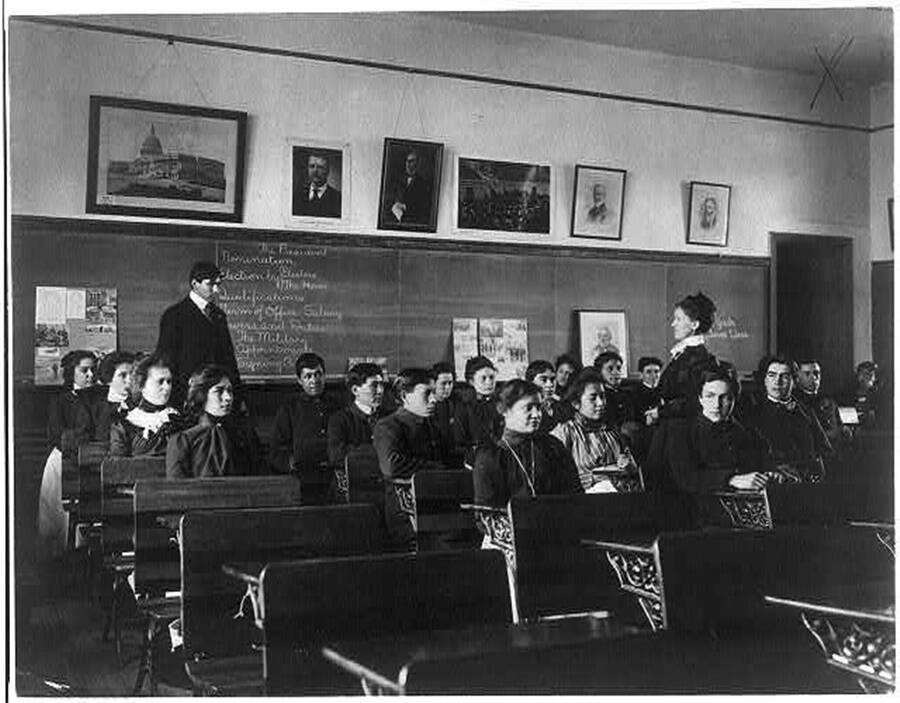 Library of CongressNative American children at the Carlisle Indian School, where they were forced to shed their identity.

These schools were meant, as Carlisle Indian School founder Richard Henry Pratt put it, to “kill the Indian in him, and save the man.” It was a way to further strip Indigenous nations of their identities and their rights.

In 1924, President Calvin Coolidge signed the Indian Citizenship Act, which granted Native Americans born in the United States the right to U.S. citizenship. But many saw this as a way to further assimilate Native Americans into white society and break up Indigenous nations.

Furthermore, this act did not guarantee Native American voting rights — as the government allowed the states to decide whether to grant Indigenous people the vote or not. Since authorities in several states did not want Indigenous people voting, many Native Americans remained disenfranchised due to discriminative policies enacted by state governments.

In blatant violation of the Indian Citizenship Act, Colorado denied voting rights to Native Americans in 1937 by claiming that they weren’t really citizens. In Utah, Native Americans who lived on reservations weren’t technically considered “state residents” until 1956. And in Minnesota, voters were required to be “civilized” before they could go to the polls. 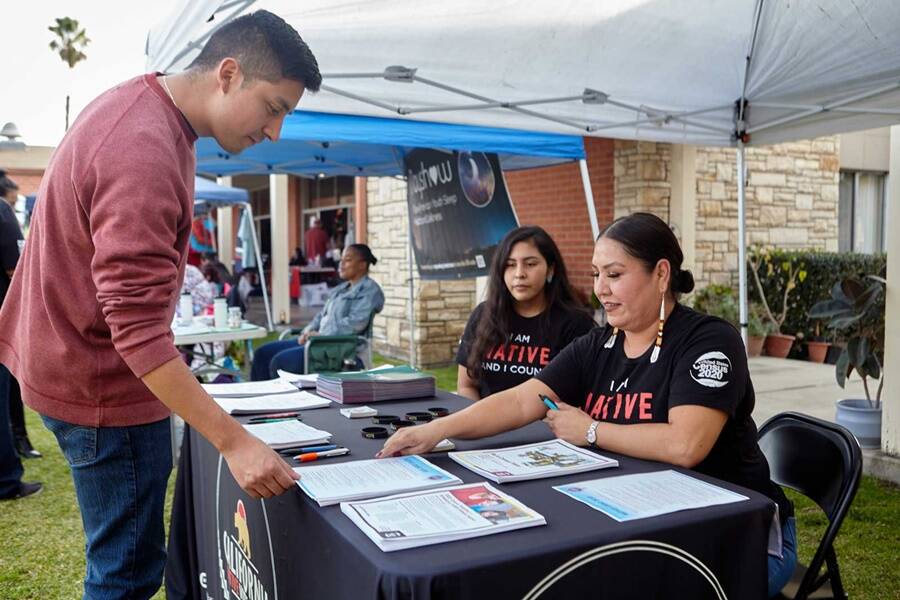 As Native Americans fought for their voting rights for much of the 20th century, they slowly racked up victories — but they still weren’t able to vote in every state until 1962. And it wasn’t until the Voting Rights Act of 1965 that any laws that “deny or abridge the right of any citizen of the United States to vote on account of race or color” were finally outlawed for good.

But even then, the piece of legislation appeared to mostly address the discrimination against African American voters. So some questioned whether it even applied to Native Americans. It took about 10 years before a civil rights commission report revealed cases of Native Americans being denied the right to vote. Finally, no one could deny this was a problem.

The long history of systemic discrimination against Native Americans has had lasting ramifications to this day. Studies show that Native Americans and Alaskan Natives still have the lowest voter turnout in the U.S., which partially stems from their low voter registration rates.

This lack of civic participation among Native Americans is fueled by numerous barriers that still exist for Indigenous people, such as ID and address requirements for voter registration, voting roll purges, and even a lack of resources to reach their designated polling sites.

In June 2020, a report published by the Native American Rights Fund revealed the scope of ongoing voter suppression for Native American voters through witness testimony from more than 120 members of different tribes.

“That history had a chilling effect on electoral and civic participation,” said James Ramos, a member of the Serrano/Cahuilla tribe and the first Native American elected to the California State Assembly.

“That right to vote gives each person a say in how they will be governed, who will guide school districts and counties, a say in passing measures for parks, hospitals, roads, water lines, roads, libraries, and more. Voting also impacts how we and our families live.”