From famous chiefs like Sitting Bull to fearless leaders like Geronimo, discover the real stories behind the most fabled Native American warriors.

Much has been said about the courage of Union soldiers during the American Civil War and the “Greatest Generation” of American troops throughout World War II. Overlooked and forgotten, however, are a litany of Native American warriors who defied the westward expansion of white settlers — and fought to defend their unique and diverse cultures.

The Native American leaders chronicled below all came from very different backgrounds. From fearsome warriors to chiefs who practiced non-violence, their stories vary widely. But these narratives also share one important thing in common: They all reveal how America’s first people confronted their final days before their way of life was nearly wiped out forever.

Sitting Bull: The Native American Warrior Who Fought Back Against Reservation Life 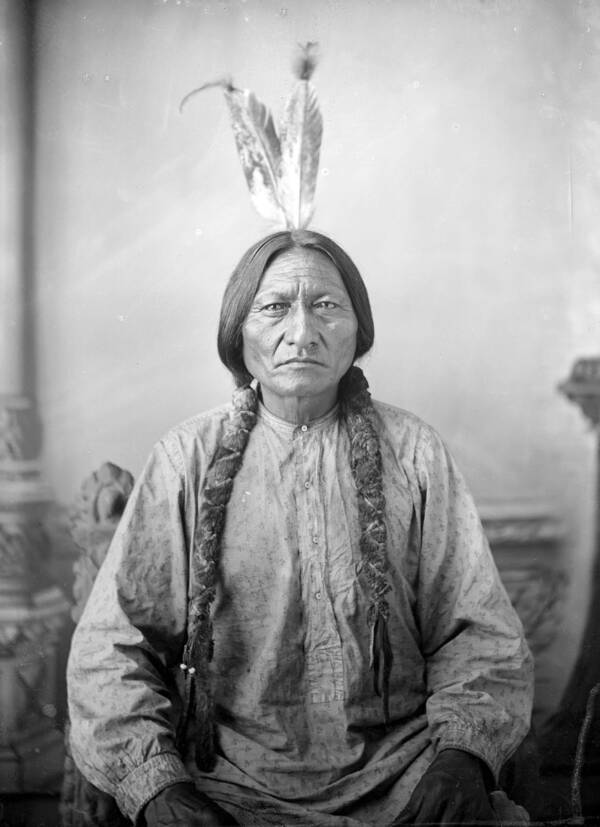 Wikimedia CommonsSitting Bull, as photographed by D.F. Barry in 1883.

Thanks to his sheer skill and bravery displayed in battle, Sitting Bull became one of the most famous Native American leaders of his time. Born Jumping Badger in 1831, the Teton Dakota boy was raised in modern-day South Dakota. And he was only 14 years old when he first became a warrior.

It was then that he joined his father Returns-Again on a raid of a Crow camp. When the teenage boy knocked a Crow warrior off his horse with a tomahawk, his proud father renamed him Sitting Bull as a reward for his bravery. That courageous spirit would only grow throughout the decades.

Sitting Bull first fought the U.S. Army in 1863 by helping other Indigenous people battle American soldiers. At the time, the army was targeting the Santee Sioux, who had risen up when federal agents withheld essential items from them on their reservation. Betrayals like this convinced Sitting Bull to never sign a treaty that involved moving his people to a reservation.

The government ordered all Sioux people who lived there to relocate. Otherwise, they’d be deemed enemies of the United States. But the Black Hills were a sacred place to the Indigenous people who lived there. So, Sitting Bull — by then the supreme leader of the Lakota Sioux — fought back against the order with his people as well as the Arapaho and Cheyenne.

With the help of his allies, the Native American warrior won an important victory during the Battle of the Rosebud in 1876. Not long after that, Sitting Bull’s courage would be tested yet again during the Battle of the Little Bighorn. As his fellow fighters squared off against 600 men led by General George Armstrong Custer, Sitting Bull protected the tribal women and children. And the Native American warriors emerged victorious again.

Nevertheless, the government persisted in encroaching on the land of the Sioux. Though Sitting Bull briefly escaped to Canada, a lack of resources saw him surrender in 1881 — in exchange for the amnesty of his people. As for Sitting Bull himself, he was imprisoned in South Dakota’s Fort Randall for a couple of years before being forced onto Standing Rock Reservation. Tragically, Indian police shot him dead there during a baseless arrest in 1890.