How Daryl Davis Befriends KKK Members And Gets Them To Quit

Even though he's a Black man, Daryl Davis has successfully befriended and converted some 200 Ku Klux Klan members and neo-Nazis. 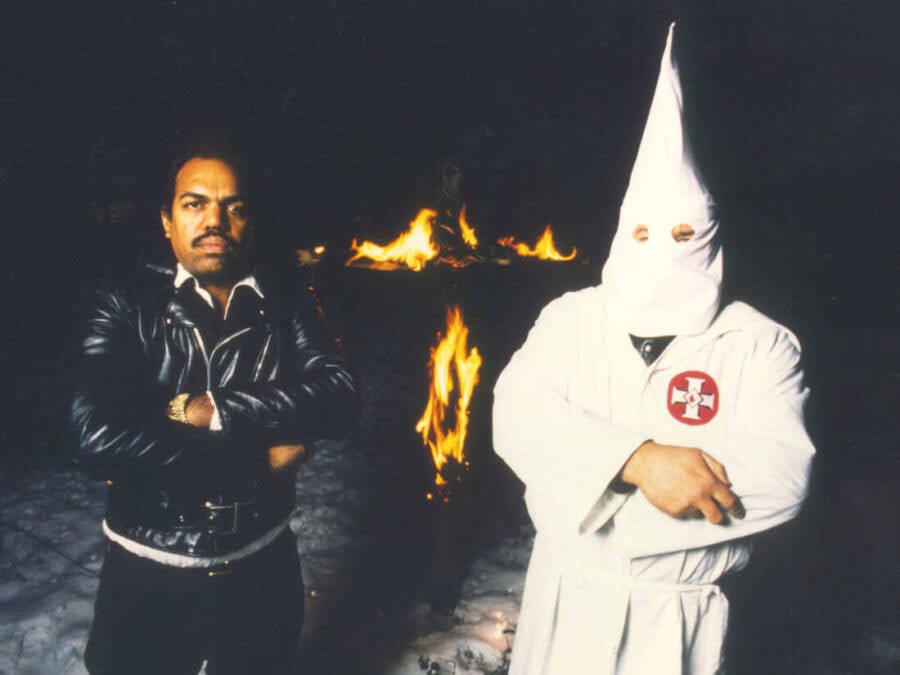 Daryl DavisFor more than three decades, Daryl Davis has dedicated much of his life to converting members of the Ku Klux Klan.

Daryl Davis is a blues musician, author, and lecturer with an unusual and inspiring mission. While traveling throughout the United States over the course of the last three-plus decades, he’s sought out members of the Ku Klux Klan as well as other white supremacist organizations — and gotten them to change their ways.

But as Davis tells it, he doesn’t set out to convert these people, but instead to befriend them. Then, Davis says, they convert themselves.

To date, Davis says that he’s convinced some 200 people to leave the KKK. And he starts each encounter with a simple question: “How can you hate me when you don’t even know me?”

This is the incredible story of Daryl Davis.

“In 1968, when I was the age of 10, I had a racist incident,” he explained. “I was in the Cub Scouts and we were in a parade when people started throwing rocks and things at me.” 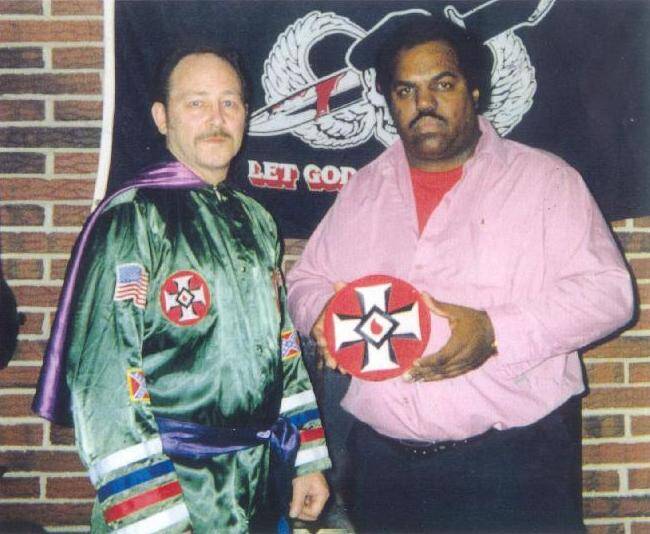 Daryl DavisIn the words of Daryl Davis, “When two enemies are talking, they’re not fighting.”

At first, Davis thought that the people had a problem with the Boy Scouts — not with him. He couldn’t believe that people would attack him like that without knowing him. How, he wondered, could they be filled with such hate?

He carried that question with him all his life. And in 1983, at the Silver Dollar Lounge in Frederick, Maryland, Davis found himself face to face with racism again. 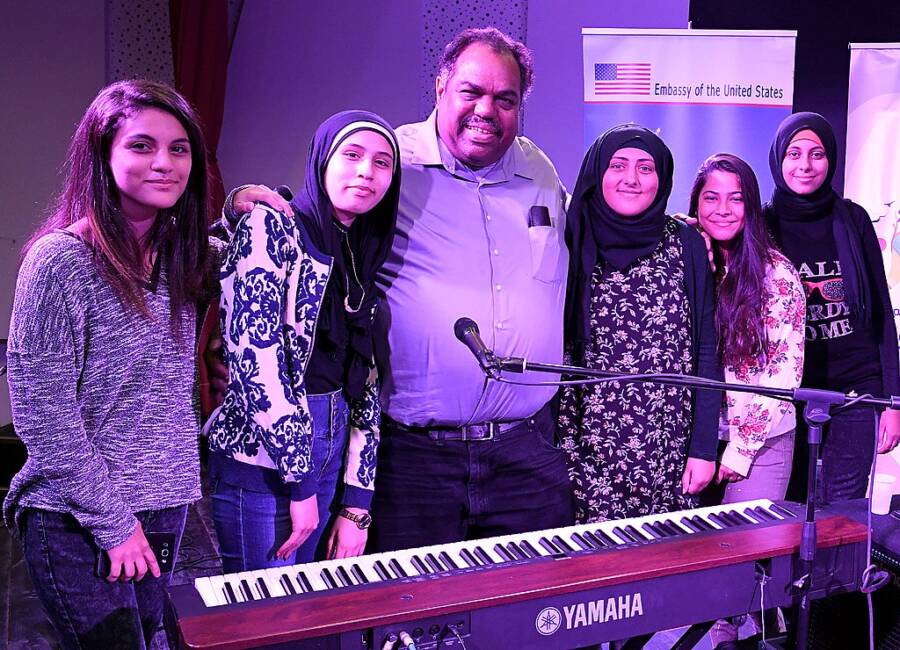 After the show, an older white man approached Davis and complimented him on his music. They got to talking and decided to share a drink.

But a couple of things about the encounter struck Davis as odd. Though the man compared Davis to Jerry Lee Lewis, he seem dubious that Lewis had been molded by Black musicians. Even more strangely, the man said that he’d never shared a drink with a Black man before.

Davis asked why not and the man demurred. But after the man’s friend insisted, the stranger looked Davis in the face and said, “I’m a member of the Ku Klux Klan.”

As Davis remembers it, his first reaction was incredulity. “I just burst out laughing because I really did not believe him,” he said. “[Then he] produced his Klan card and handed it to me. Immediately, I stopped laughing.”

But Davis kept talking to the man. “The fact that a Klansman and black person could sit down at the same table and enjoy the same music, that was a seed planted,” Davis recalled.

Then and there, Davis began pondering a dangerous idea. He wanted to go meet other Klansmen.

In the years that followed, Daryl Davis did exactly that, an experience he later detailed in his 1998 book Klan-destine Relationships: A Black Man’s Odyssey in the Ku Klux Klan.

How A Black Man Converted Klansmen 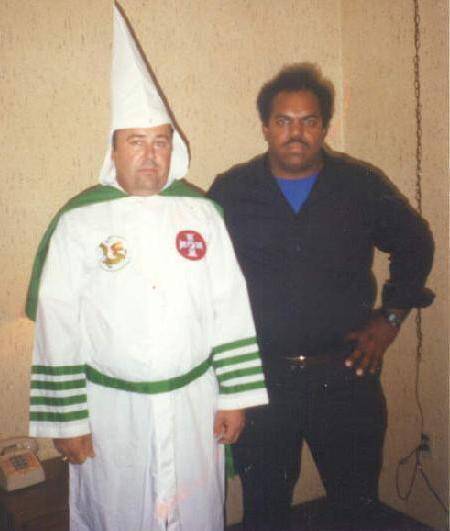 After his experience at the Silver Dollar Lounge, Daryl Davis made it his goal to meet up with Klansmen. He asked the man he’d met at the bar — who later left the KKK — to help him set up a meeting with Roger Kelly, the Grand Dragon.

“Do not go to Roger Kelly’s house,” the man warned. “Roger Kelly will kill you.”

Davis insisted. Though his meeting with Kelly was tense, it was also the beginning of a long conversation. Eventually, Kelly quit the KKK, shut down his chapter, and gave Davis his old robes — the first of many Klansmen to do so. 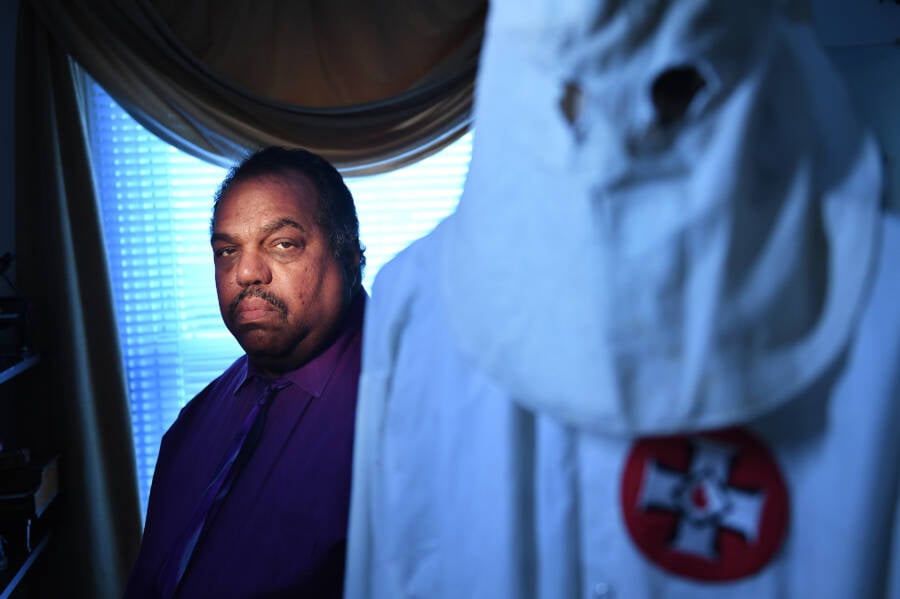 Matt McClain/The Washington Post via Getty ImagesDaryl Davis with the robe of a former KKK member in 2017.

How did Daryl Davis do it? Simply put, he listened. And when the time was right, he asked gentle questions.

“Allow them to air that point of view, regardless of how extreme it may be,” Davis said. “You challenge them. But you don’t challenge them rudely or violently. You do it politely and intelligently.”

When one Klansman claimed that all Black people had a violence gene — and suggested Davis’s was merely “latent” — Davis wondered aloud about all the white serial killers like Ted Bundy and Jeffrey Dahmer. Could there be a “white” serial killer gene?

The man didn’t have a response. He left the KKK five months later and gave Davis his robe.

Some people, especially Black people, disagree with Davis’s methods. He acknowledges that he’s been called an “Uncle Tom” and an “oreo.” But Davis believes he’s doing important work — work with real, tangible results.

“When two enemies are talking, they’re not fighting,” Daryl Davis explained. In his words, the conversation gives him an opening to ask probing questions, to hammer at the “cement” of hateful ideas.

“I didn’t convert anybody,” he added, of the hundreds of people who hung up their Klansmen robes after talking to him. “They saw the light and converted themselves.”

After this look at Daryl Davis, read about the most infamous KKK members ever to serve in the upper levels of American politics. Then, read up on nine civil rights leaders everyone should know about.