To an outsider, it looked like a celebration or an inauguration. A banner featuring a larger-than-life George Washington hung from the ceiling, flanked by the American flag. Banners in red, white and blue were strung around the arena. Men in uniforms stood silently at attention throughout the room. It could have passed for a Fourth of July celebration.

But look a little closer, and it was anything but.

Hanging between the flags were smaller banners featuring a sinister symbol — a swastika.

A closer look at the men in uniform revealed swastikas on their armbands as well.

A glance at the crowd showed everyone raising their right arm stiffly in front of them, a gesture popularized by the Chancellor of Germany, Adolf Hitler. 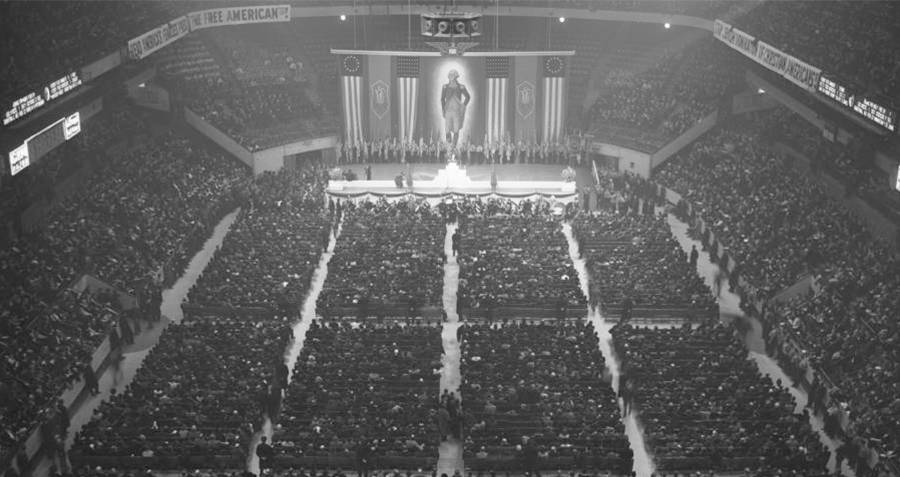 When most people think Nazis, they think Germany. However, one of the most notable Nazi rallies actually took place in New York City.

It was held by the Bund, the largest and best-funded of the American Nazi groups. The Bund was founded in Buffalo, New York in 1936, and though America and Germany were firmly on opposite sides of the war, the Bund was created to promote the Nazi ideals among Americans. Throughout the years leading up to World War II, they held rallies to spread their message to American citizens.

In 1939, the Bund held a rally at Madison Square Garden that brought almost 20,000 Nazi supporters to the city from across the country. The idea behind the rally was to congregate American supporters of the Nazi party, and convince those that were on the fence about the issues that theirs was a worthy cause.

German-born American citizen Fritz Kuhn organized the rally and a key speaker. During his speech he spoke of the Americans who had previously expressed anti-Semitic views, such as Henry Ford and Charles Lindbergh. He appealed to the Christian values that many Americans held, and exacerbated the fear that the Jews were there to demolish them.

During the rally, a Jewish man named Isadore Greenbaum rushed the stage. To the amusement of everyone in attendance, he was forcibly removed from and beaten up by American brownshirts. He was later arrested and fined $25 for disorderly conduct.

He later explained that he never intended to disrupt the rally, but had become enraged when they openly discussed the persecution of members of his religion.

Greenbaum’s protest and the rally itself became the beginning of both the fascist and anti-fascist movements in the United States and sparked protests across the city. 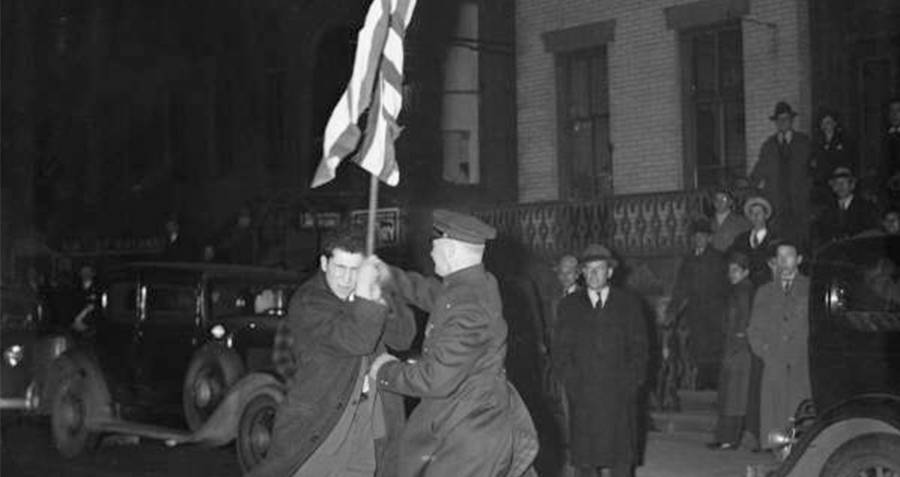 As the 20,000 Bund supporters arrived in Manhattan, they were met by a mob of 100,000 angry, anti-Nazi New Yorkers. They were also greeted by the largest police presence the city had ever seen. Despite their large numbers, police still struggled to keep the peace between members of the opposing parties, who had been set off by Greenbaum’s attack.

Though the American Jewish Committee openly denounced the rally, they argued in the New York Times that year that there were no grounds for preventing the Bund rally, as it would have denied the followers freedom of speech. 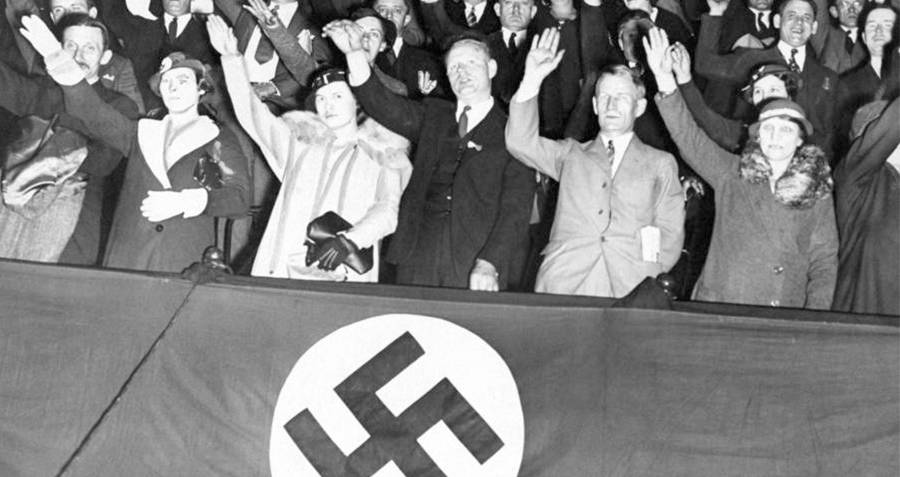 Recently, Curry compiled footage from the rally into a short film, A Night at the Garden, hoping to highlight the event and its jarring similarity to the recent violence incited by white supremacists in Charlottesville.

“The first thing that struck me was that an event like this could happen in the heart of New York City, a city that was diverse, modern, and progressive even in 1939,” Curry told Field of Vision. “The second thing that struck me was the way these American Nazis used the symbols of America to sell an ideology that a few years later hundreds of thousands of Americans would die fighting against.”

He says he wanted people to feel something, and start a conversation.

“I wanted it to be more provocative than didactic,” he said. “A cold splash of history tossed into the discussion we are having about white supremacy right now.”

Next, check out this gallery of more photos from the Bund rally. Then, read about the time Madison Square Garden played host to the American Communist Party.