What you might not know is that The Green Man, also known as Charlie No-Face, was a real person — a Pennsylvania man named Raymond Robinson.

If you grew up in the 1950s and 60s in Western Pennsylvania, chances are you’ve heard the legend of The Green Man, the no-faced man who stalks remote streets at night.

What you might not know is that The Green Man, also known as Charlie No-Face, was a real person: a man named Raymond Robinson. 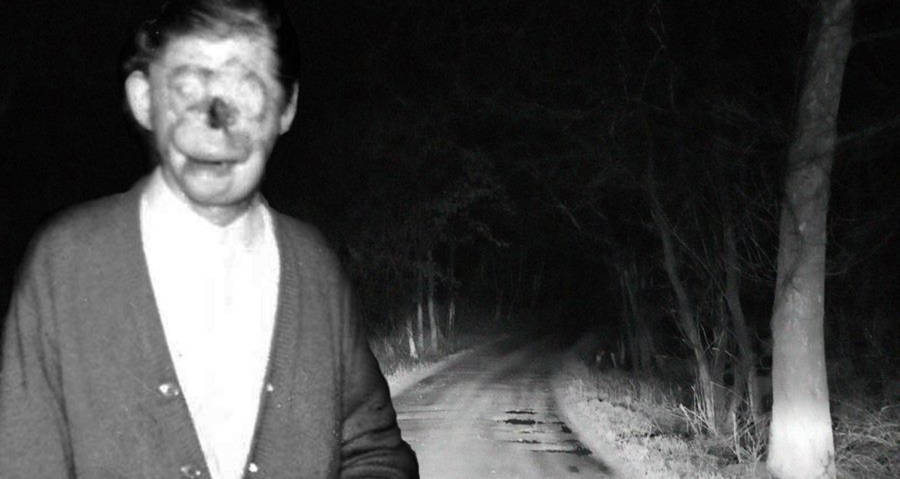 The legend of The Green Man states that he glows green as a result of being struck by lightning or being shocked in some kind of industrial accident. He also haunts South Park, the North Hills, or the country lanes around Washington, Pennsylvania.

“The legend goes that he roams that hollow late at night and chases the parkers and the loafers,” says Marie Werner, an Elizabeth Township native who grew up in Pennsylvania in the 1960s.

Though the part about him deliberately chasing or scaring people is a fabrication, the legend is fairly accurate.

In 1919, when Raymond Robinson was eight years old, he was reaching for a bird’s nest at the top of an electrical pole when he was suddenly shocked with 11,000 volts of electricity and sent flying to the ground in a blinding flash. The high-voltage shock burnt Robinson’s face and arms, leaving holes where his eyes and nose once were. 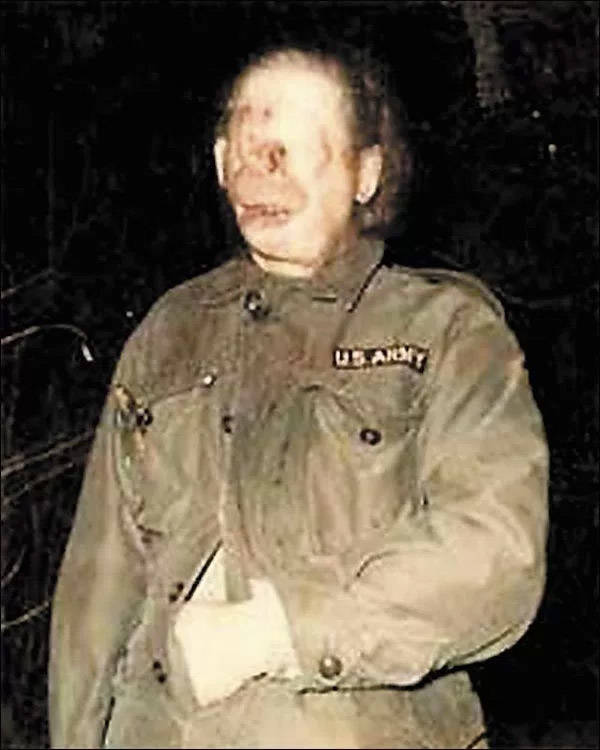 Despite this horrific injury, reports at the time noted that he was in good spirits and that he could still hear and talk. For the next 65 years, he would sequester himself in his family home in Koppel, Pennsylvania, making belts, wallets, and doormats and selling them to generate a small income.

He would only leave his house on walks he took in the dead of night to avoid scaring people with his appearance. It was from these walks that the legend of The Green Man started to develop when high school kids would spot him from their car walking along State Route 351.

It’s likely that the name “Green Man” came from how car lights would reflect off of Ray Robinson’s flannels when they passed him in the night.

One Koppel resident of the time remembers seeing Raymond Robinson on her way back to town from a swimming hole down the road. She recalls, “I was so scared it was unreal.”

Though some people were frightful or cruel to him, others befriended the injured man and would bring him beers and cigarettes for his night walks.

“We used to go out and give him beer,” said then-60-year-old Pete Pavlovic in a 1998 interview with the Post-Gazette. He stated that people would often meet at the diner he worked at before heading out to try to spot The Green Man. 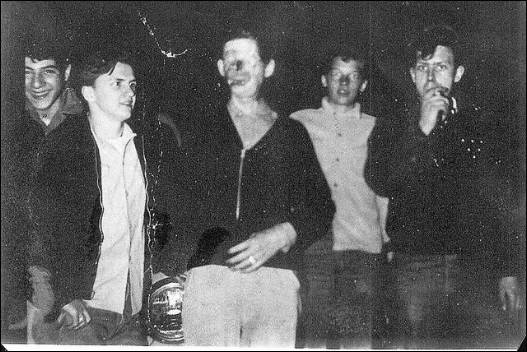 Personal photoRay Robinson with some teenagers.

He said that people who didn’t know about Robinson were often shocked and terrified at the sight of him. “They wanted to call the police. You’d have to explain. Then they’d usually go back up looking for him.”

Others would sometimes give Ray Robinson a ride, only to drop him off at a location he didn’t know as a cruel joke on the blind man.

“Helluva a nice guy,” said Phil Ortega, a Koppel native and schoolmate of Robinson’s sister, in the same interview. Ortega remembered bringing his dates to see Robinson and bring him Lucky Strikes cigarettes.

Little more is known about Robinson’s life, other than that he lived a fairly solitary existence.

Raymond Robinson passed away in 1985 at the age of 74 from natural causes but though he may be gone, the legend of The Green Man and Charlie No-Face is as alive today as ever.

Warner says that the myth of Charlie No-Face still endures, saying: “Right now, it’s a big topic in the high school. The legend is still strong.”

Enjoy this article on Raymond Robinson, also known as Charlie No-Face? Next, learn about Bedlam, the real horror story asylum. Then, read about the scary truth behind the phantom social worker legend.