Now that researchers have discovered this remarkable dog species isn't extinct, they plan to breed them to make sure they don't disappear for good. 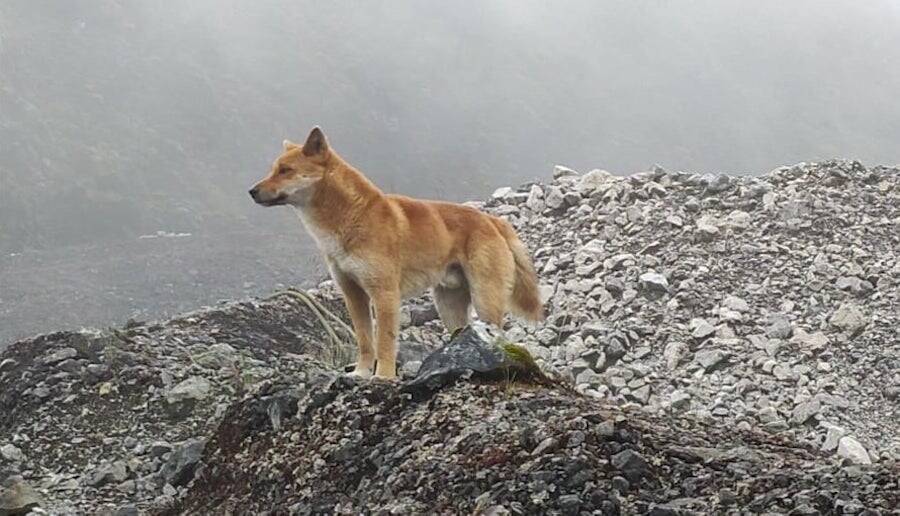 New Guinea Highland Wild Dog FoundationThe New Guinea Singing Dog was thought to have gone extinct due to habitat loss and inbreeding — until 2016.

For nearly half a century, researchers believed the New Guinea singing dog had gone extinct in the wild. Around 200 severely inbred specimens living in conservation centers were thought to comprise the remains of the species. That is, until 2016 when experts found a wild pack in Indonesia.

According to CNN, the expedition located and studied 15 of the dogs in the remote highlands of Papua on the western side of New Guinea. In order to confirm these wild highland dogs were actually predecessors of the singing dog, a new expedition returned in 2018 — to remarkable results.

After collecting blood samples from three of the wild dogs and comparing their DNA to that of
their captive peers, experts found they were more closely linked to each other than any other canine. Published in the Proceedings of the National Academy of Sciences journal, the findings are priceless.

According to The New York Times, they’re likely to answer longstanding questions about the yet unclear process of dog domestication in Asia and Oceania. For Oxford University conservation biologist Claudio Sillero, the study could shed light on “the most ancient ‘domestic’ dogs on earth.”

A New Guinea singing dog crooning and howling into the distance.

While the genomes of the wild dogs and the New Guinea singing dogs in captivity weren’t identical, experts believe the wild group descends from New Guinea’s original singing dog population.

“They look most related to a population of conservation biology New Guinea singing dogs that were descended from eight dogs brought to the United States many, many, many years ago,” said Elaine Ostrander, a senior author of the study and investigator at the National Institutes of Health.

More specifically, the genetic overlap between the wild and captive groups totaled 72 percent. It’s rather clear to Ostrander that this missing chunk of original diversity resulted from inbreeding. 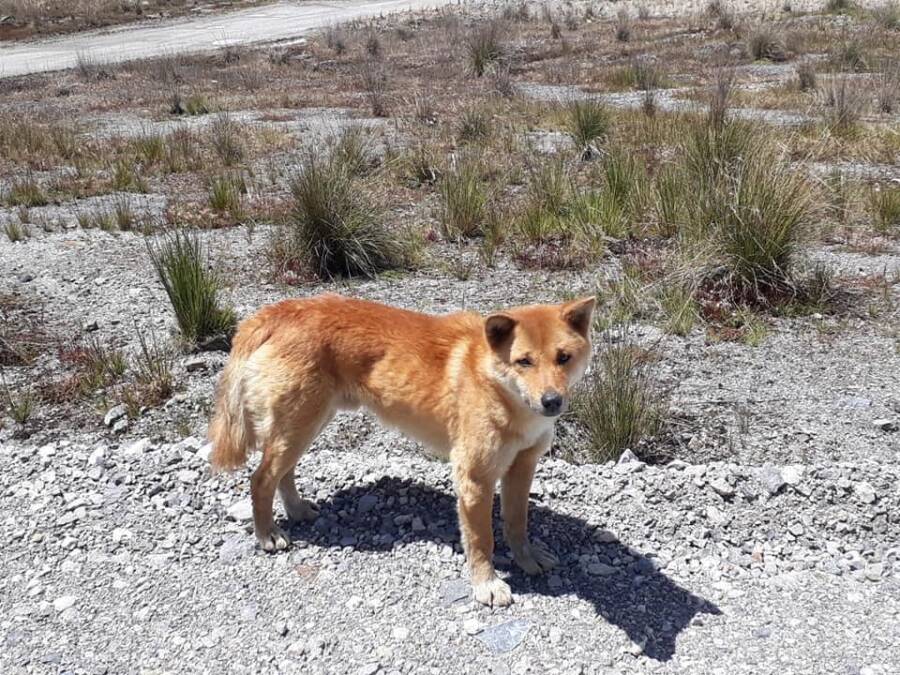 New Guinea Highland Wild Dog FoundationThese animals have extremely flexible joints and spines, and can jump and climb like cats.

The New Guinea singing dogs were first described in 1897 when one of them was found at 6,890 feet in Papua New Guinea’s Central Province. New Guinea, of course, is the world’s second-largest island. The eastern half is Papua New Guinea — the western, Indonesia’s Papua.

Ironically, while researchers believed habitat loss had forced the species into extinction, it was human industrialization that saved them. Rediscovered in 2016 near the Grasberg gold and copper mine, environmental measures forced upon the mine created a nearby ecosystem that saw the dogs thrive.

Led by New Guinea Highland Wild Dog Foundation founder and researcher James McIntyre, the same team returned in 2018 to collect blood, hair, stool, sperm, and saliva samples. They even measured the dogs — from height and length to weight, age, and health. Two were tracked via GPS.

According to the San Diego Zoo, these animals are extremely flexible. Their spines and joints allow them to climb like cats, while previously taken sonograms show their distinct wails are comparable to the songs of humpback whales. 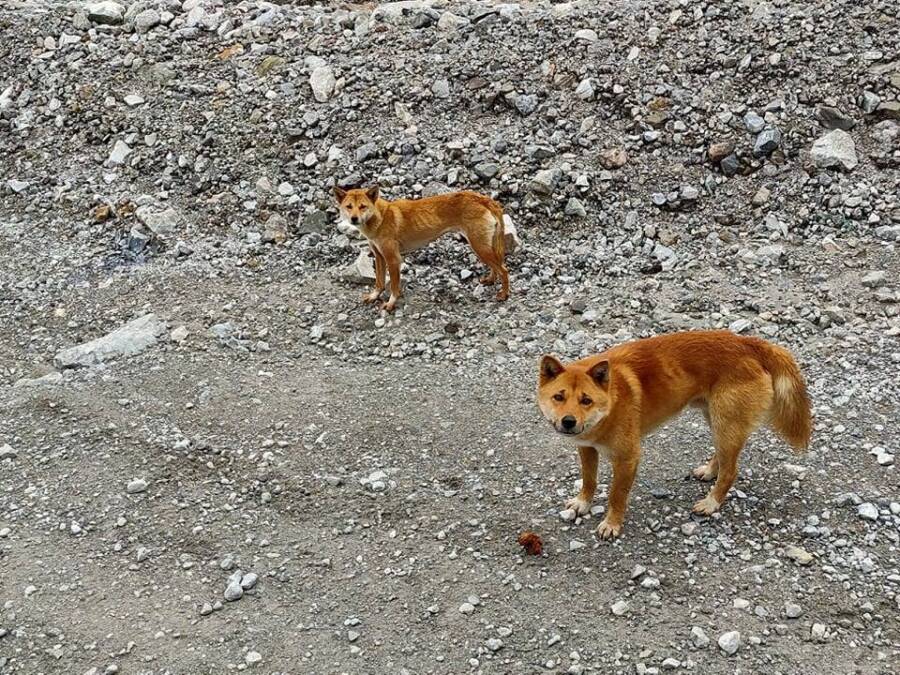 Experts are hoping this latest discovery will allow us to learn about dogs before human domestication. Both the captured and wild groups are part of the dog species Canis lupus familiaris — but also contain genomic variants that don’t exist in any other dogs today.

“They are in a branch of a tree together with dingos which suggest that singing dogs and dingos and highland wild dogs split off really early,” said Heidi Parker, staff scientist at the National Human Genome Research Institute.

“By getting to know these ancient, proto-dogs more, we will learn new facts about modern dog breeds and the history of dog domestication,” added Ostrander. “After all, so much of what we learn about dogs reflects back on humans.”

As it stands, the preliminary plan here is to create a true New Guinea singing dog population with some of the collected sperm samples. For Ostrander, preserving this species previously thought to be extinct is paramount — particularly now that we’ve been given a new chance to do so.

“New Guinea Singing Dogs are rare, they’re exotic, they have this beautiful harmonic vocalization that you don’t find anywhere else in nature so losing that as a species is not a good thing,” she said. “We don’t want to see this (animal) disappear.”

After learning about New Guinea singing dogs being rediscovered 50 years after seemingly going extinct in the wild, read about the mummified wolf-dog ancestor that died 18,000 years ago found in the Siberian permafrost. Then, learn about how the DNA of an extinct red wolf turned up in a pack of wild dogs from Texas.