Analysis of the tree rings in the wood panel show that Head of a Bearded Man was done on wood from the same tree as another important Rembrandt work. 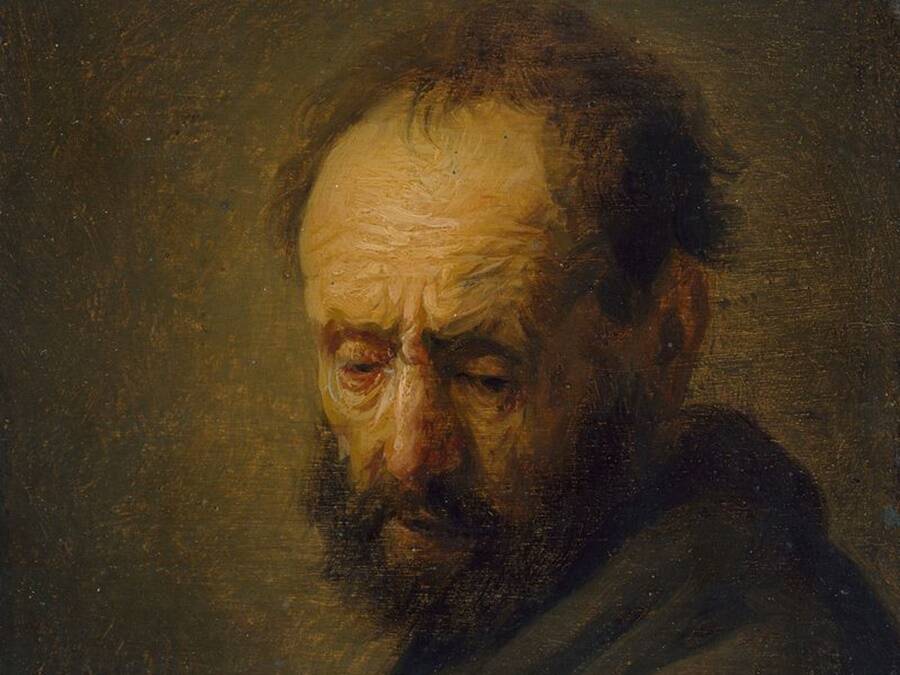 Ashmolean Museum/University of OxfordThe supposed Rembrandt painting that was deemed legitimate and then fake, but is now believed to be authentic after all.

Artworks by Rembrandt, the legendary Dutch painter, in particular, have been scrutinized by experts over the last decade determining their authenticity. Now, another Rembrandt art piece — which was cast away to a museum’s storage room after experts previously dismissed it as a fake — is suspected to be an original art piece after all.

According to the Guardian, the Ashmolean Museum at the University of Oxford first received the postcard-size painting in 1951. The piece, titled Head of a Bearded Man was gifted to the museum as an original Rembrandt piece and subsequently displayed as such.

But an inspection of the art piece about 30 years later deemed the painting inauthentic, leading embarrassed curators to move the ‘fake’ Rembrandt into the museum’s storage where it was forgotten.

According to An Van Camp, who joined the museum as curator of northern European art in 2015, “no one wanted to talk about it because it was this fake Rembrandt.” But Van Camp had her suspicions. The style of the small painting, of a weary-looking old man whose gaze is fixated downward, fit the typical Rembrandts of the 17th century.

“It is what Rembrandt does,” Van Camp explained. “He does these tiny head studies of old men with forlorn, melancholic, pensive looks. It is very typical of what Rembrandt does in Leiden around 1630.” Van Camp’s hunch led to renewed investigations into the forgotten painting’s authenticity. 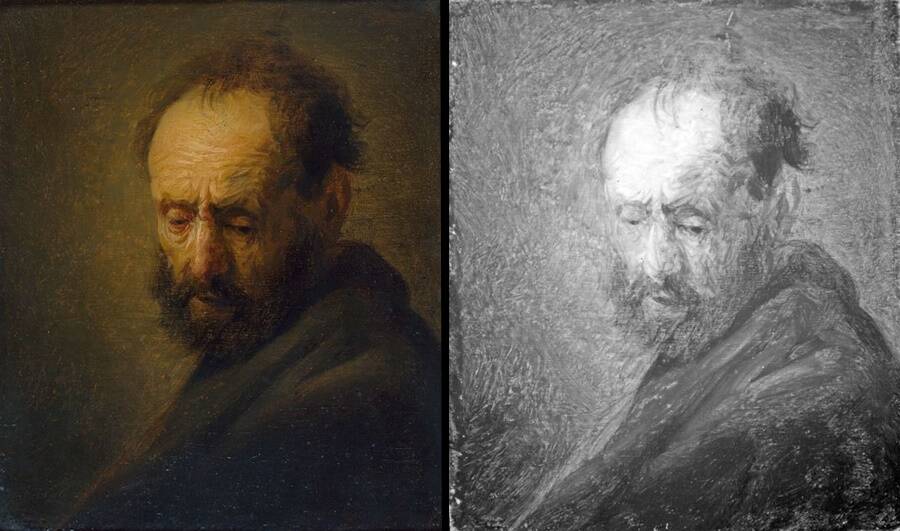 Ashmolean Museum/University of OxfordComparison between the Rembrandt painting (left) and an infrared scan of it (right).

The painting’s panel was ultimately analyzed by Peter Klein, one of the world’s leading dendrochronologists — the fancy term for tree-ring dating scientists — who determined that the wood panel showed that the art piece had come from Rembrandt’s workshop in Leiden in the Netherlands.

Klein’s analysis showed that the wood panel actually came from the same tree that was used for Rembrandt’s Andromeda Chained to the Rocks, which is part of the Mauritshuis, the government’s art collection, in the Hague.

It is also the same tree used for the portrait of Rembrandt’s mother by fellow artist and childhood friend Jan Lievens, now located at the Staatliche Kunstsammlungen in Dresden, Germany.

Both the Andromeda and Rembrandt’s mother’s portrait were painted around 1630 when the artists were working together in Leiden. The wood panels came from an oak tree felled in the Baltic region between 1618-28.

“Allowing a minimum of two years for the seasoning of the wood, we can firmly date the portrait to 1620-30,” Klein said. The conclusion places the origins of the contested Bearded Man at least from Rembrandt’s workshop. More examinations are needed to determine whether the artist himself painted it. 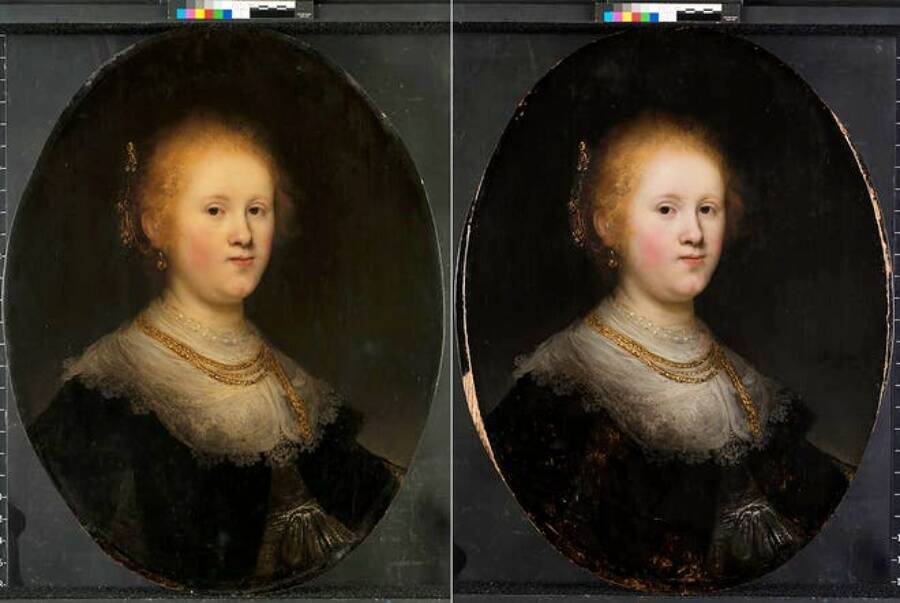 Allentown Art Museum via AP
Portrait of a Young Woman, another authentic Rembrandt that was previously deemed fake.

“It is very exciting. It is bringing the painting back in the fold,” Van Camp said. The painting, despite its unconfirmed authenticity, will be included in the “Young Rembrandt” exhibit at the Ashmolean Museum which will survey the painter’s first decade of work. The exhibit is the museum’s first since its closure at the start of the COVID-19 pandemic in March 2020.

But this is not the first time art experts have been at odds over a Rembrandt. In February 2020, another painting titled Portrait of a Young Woman was determined to be an original piece by the master painter himself.

The authentication came 50 years since the painting, which was originally believed to be real, was deemed as a ‘fake’ by the Rembrandt Research Project, the world’s premiere authority on artworks by Rembrandt. The group was established in 1968 as a special initiative to combat the pervasive misattributions that had been plaguing the artist’s work.

Coincidentally, the group is the same body of experts who had determined that the Bearded Man was not a real Rembrandt. Guess we’ll have to wait to find out if their judgment holds on this one.

Next, take a peek at the hidden sketch found underneath Da Vinci’s 500-year-old masterpiece ‘Virgin Of The Rocks’ and see how a failed restoration by an amateur left a famous painting of the Virgin Mary completely distorted.