Though Lake Charles officials voted in favor of keeping the 105-year-old Confederate monument, the Category 4 storm ripped it from its pedestal. 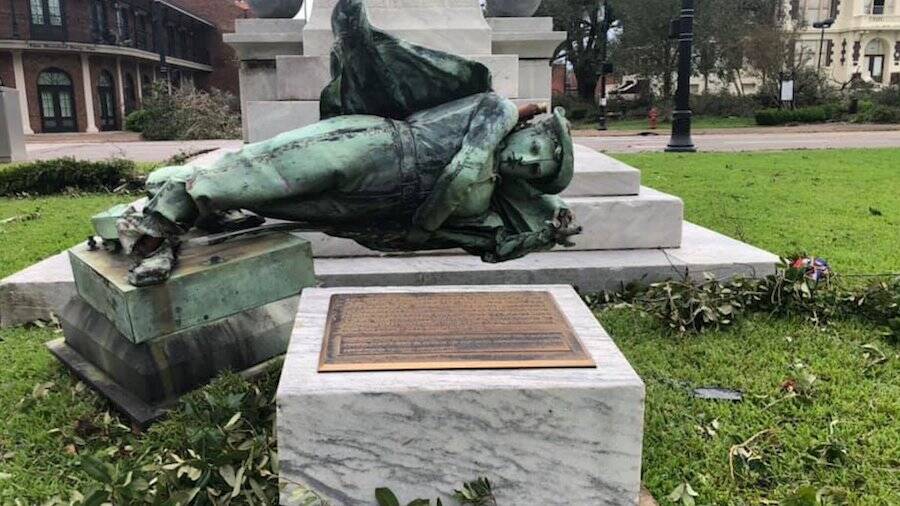 TwitterTwo weeks ago, a local police jury voted in favor of keeping the 105-year-old statue.

This summer has seen dozens of American Confederate memorials toppled or defaced in wake of nationwide protests against white supremacy and police brutality. The 105-year-old South’s Defenders Memorial Monument in Lake Charles, Louisiana, however, remained standing — until Hurricane Laura arrived.

According to The New York Times, the storm was so powerful that it tied for the strongest to ever hit Louisiana. It appears to have resoundingly answered what to do with the monument on Lake Charles’ courthouse lawn, though local debate had been swirling for months.

The monument depicted a Confederate soldier on a marble pedestal. Demonstrations after the killing of George Floyd by Minneapolis police spurred adamant calls to remove it. While a vote two weeks ago concluded in favor of keeping it — Hurricane Laura had other plans.

Ripped from its pedestal, the bronze statue was found lying next to the monument’s base among an assortment of broken tree limbs on Thursday morning. According to NPR, the Category 4 storm’s 150 mph winds were simply too powerful for the memorial to handle.

“It is a blessing, a small blessing, in a very devastating situation,” said local Davante Lewis. 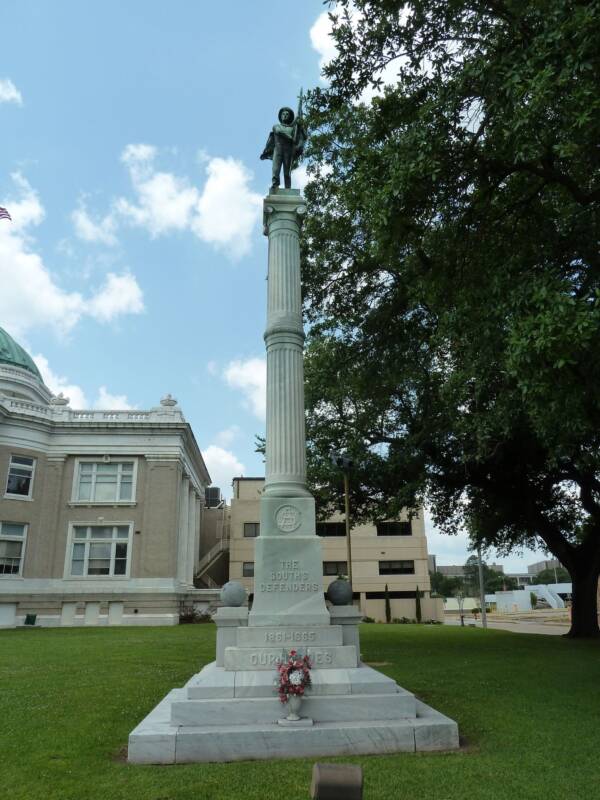 TwitterThe jury that voted on the matter was largely white, and represents a largely white parish — while Lake Charles’ population is 50 percent African-American.

Lewis said local debate about the memorial had turned into the “hottest thing in the city” in recent months, with the final decision largely breaking down along racial lines. There were certainly outliers, however, with Lake Charles’ white Republican mayor Nic Hunter expressing support for its removal.

Two weeks ago, however, an elected body called the Calcasieu Parish Police Jury which operates like a county board of commissioners voted 10 to 4 to keep it. The public, which had sent in 945 written responses about the memorial, seemed to agree — with only 67 people wanting it gone.

“I view it as military, and it’s just the way I was brought up, to show respect to any statues or monuments,” said Ashton Richard, one of the white police jury members who voted in favor of keeping the memorial.

Despite the Lake Charles population being about 50 percent African-American, the 15-member police jury that voted on this has only four Black men. Furthermore, the jury represents Calcasieu Parish, which is about 68 percent white and 24 percent Black.

Only one white member voted to remove the statue. 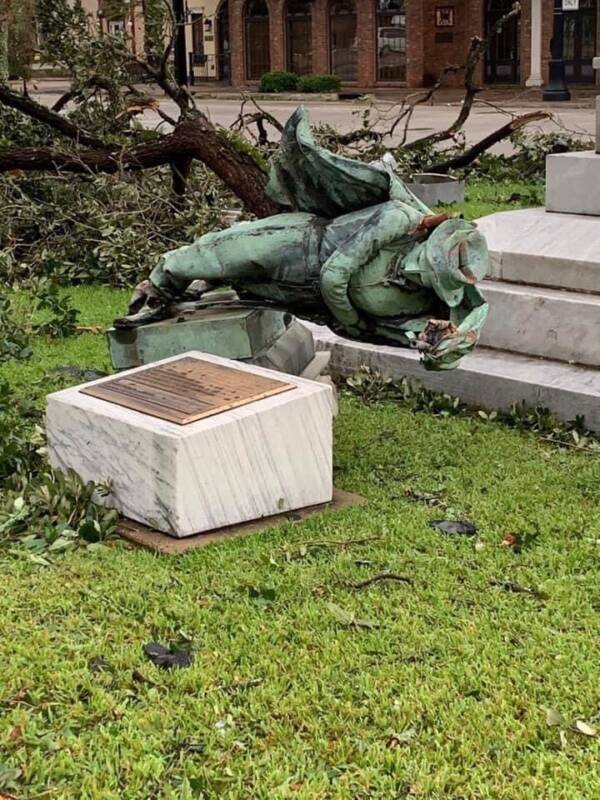 TwitterIt remains unclear what exactly will happen to the statue, though residents are hopeful this incident will have officials reassess the recent vote.

Determined protestors subsequently turned to an economic boycott of any business or church that was affiliated with jury members like Richard in order to see the memorial gone.

“If the city would have done what many of us asked it to do, that statue could be in a museum, it could be well kept together and not damaged,” said Lewis. “But unfortunately, they took other opportunities to keep it in the bright light of day, and Mother Nature had another plan.”

Though the statue had come down before, including after a 1918 storm, it’s always been restored. Even substantial protests in 1995 while the statue was being repaired failed to yield any changes.

“You have older white men making these decisions,” said Cary Chavis, a Black man and former teacher who led the most recent protests. “When we go in front of the police jury and say, ‘We want this done,’ they don’t have to do this because they don’t look like us.”

Ultimately, Hurricane Laura seems to have offered the local government of Lake Charles and its citizens a chance to reassess. Another look at the juries that make these decisions could help improve fairness and proper representation. For Chavis, at least, this could be a moment of growth.

“That’s what I’m hoping for — that as we put Lake Charles back together,” he said, “we put it back together not with images of systemic racism or white supremacy on public grounds.”

After learning about Hurricane Laura toppling a Confederate monument two weeks after officials voted to keep it, read about the daughter of a Civil War soldier weighing in on Confederate symbols. Then, take a look at 21 photos of brave dogs that survived Hurricane Harvey.