When Portrait Of A Young Woman was first donated to the Allentown Art Museum in 1961, it was believed to be an original Rembrandt. But about a decade later, experts denounced it. 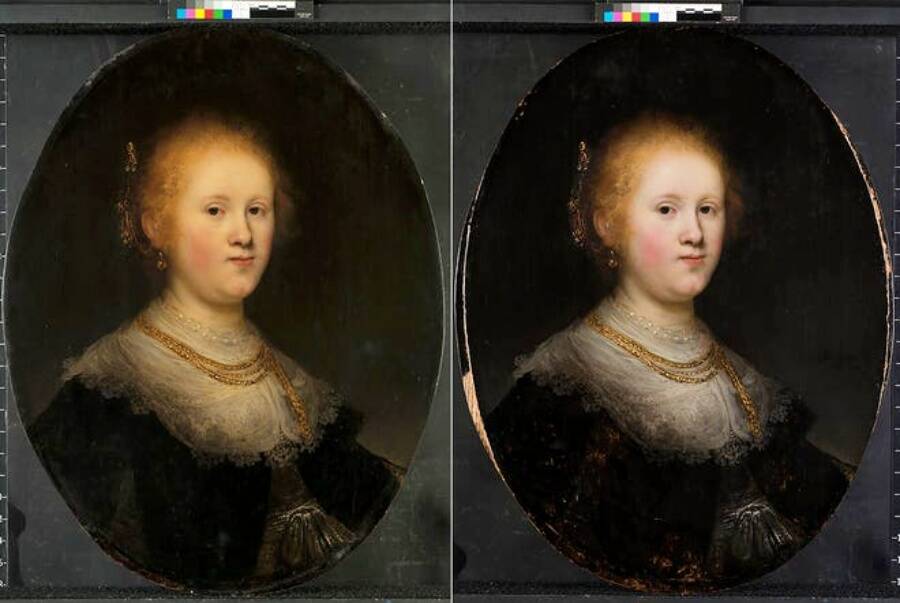 Allentown Art Museum via APComposite of the newly authenticated Rembrandt, before and after its restoration.

When a painting titled Portrait of a Young Woman was bequeathed to the Allentown Art Museum in Pennsylvania in 1961, it was thought to be an original artwork by the famed Rembrandt van Rijn. But about a decade later, experts concluded that the painting had most likely been done by one of his assistants or students instead.

The painting remained under the museum’s custody and was credited under “Studio of Rembrandt” since experts agreed the painting had been created in the painter’s studio. But the artist responsible for it has finally been revealed to be Rembrandt himself after all.

As Artnet News reported, the shocking discovery has come nearly 50 years after the 388-year-old artwork was cast as inauthentic by experts. The true revelation was discovered only after the painting was sent to New York University for conservation and cleaning.

As the conservators worked on the piece — removing layers of thick varnish and oil paint — they began to see the skillful artistry in the brushstrokes, which looked a lot like Rembrandt’s handwork. Had this Rembrandt knockoff actually been painted by the Dutch master himself?

To be sure, conservators began examining the painting using advanced tools such as infrared reflectography and scanning electron microscopy.

As they worked to uncover the truth of the painting’s creator, conservators found that the brushstrokes on the centuries-old piece were extremely consistent with those of Rembrandt — too close to be the work of a copycat or a student.

“We can see it with new eyes now,” Elaine Mehalakes, the museum’s vice president of curatorial affairs, said. “There’s a glow that was obscured before. And it has a weight that’s been brought to it in terms of the scholarly attention that it’s getting.”

Outside experts also examined the painting and agreed that it was an authentic Rembrandt. The confusion around paintings’ true attribution is not uncommon, particularly for works by this artist. After all, Rembrandt worked with a lot of students at his studio. As part of their training, they were often instructed to replicate his already-produced work.

“Rembrandt attributions have been very volatile over the years,” Mehalakes said.

She added that as many as 600 paintings were attributed to Rembrandt at a time and as few as 200 at another. A group of scholars eventually formed a special initiative known as The Rembrandt Research Project in 1968. It has since been dedicated to evaluating authentic works by the Dutch painter.

But the authenticity of many alleged Rembrandt works are still being debated today, including The Auctioneer, which now hangs in New York City’s Metropolitan Museum of Art.

As complicated as the histories of some artworks may be, discoveries like the newly authenticated Rembrandt never fail to excite art aficionados.

“This single object in our collection has this incredibly rich and complicated history and for all we know there could be stories like that among other artworks,” Mehalakes said. “It’s very exciting.” 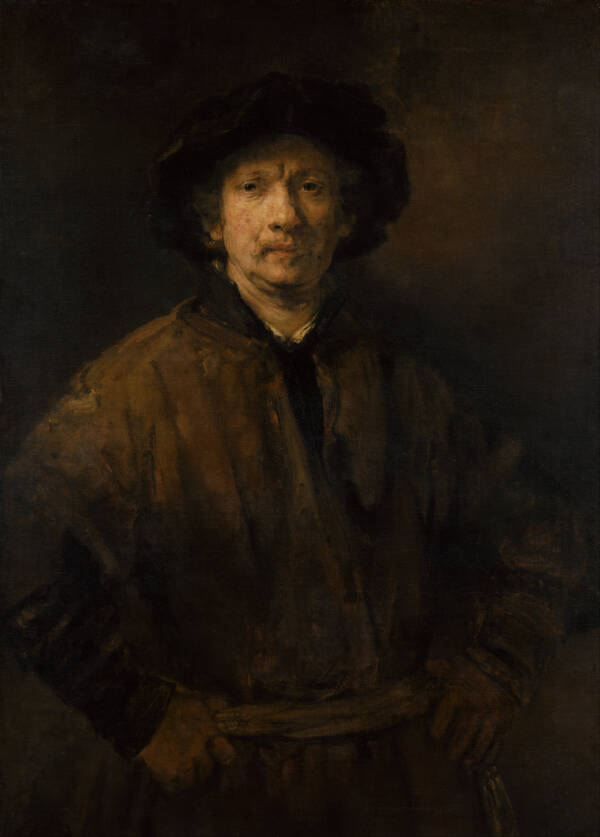 Wikimedia CommonsRembrandt was highly successful and tutored many pupils at his studio.

Portrait of a Young Woman was donated to the museum by the Kress Foundation, an organization that has focused on the priceless Renaissance art collection amassed by department store magnate Samuel Kress.

The foundation has donated valuable artworks to museums across the United States and continues to oversee the conservation of these donated pieces free of charge to the institutes that own them. Its conservation lab is located at New York University.

The authenticated Rembrandt painting will remain under the custody of the Allentown Art Museum. The artwork has yet to be appraised — and it appears the museum has no intention to sell it — but Rembrandt pieces have sold for up to $33 million in the past.

For now, the museum wants to share their newly-polished crown jewel with the public. The Portrait of a Young Woman is set to be part of an exhibition this coming summer.

As strange as this story may seem, mistaken attributions do happen in the art world occasionally — and not just with Rembrandt paintings. Just last year, a woman in France learned that a “fake” Renaissance painting hanging above her stove was actually a 700-year-old masterpiece.