The Mystery Of Nicholas Barclay And His Imposter, Frédéric Bourdin

Nicholas Barclay went missing in 1994 and turned up three years later. But after being reunited with his family, not all was as it seemed. 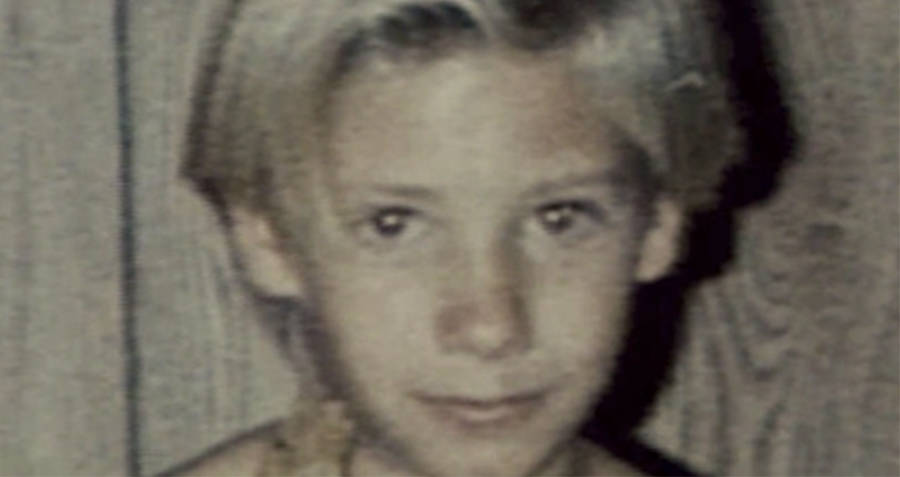 YouTubeNicholas Barclay as a young boy before his disappearance.

Nicholas Barclay was a 13-year-old boy from Texas who went missing in 1994 after a basketball game with his friends at the neighborhood park. Frederic Bourdin was a 23-year-old man from France who had grown up in a home without love or affection and had taken to a life crime to keep himself afloat.

Though the two were from vastly different worlds, their lives would soon become dangerously intertwined and result in a mystery that has lasted almost 25 years.

When Nicholas Barclay first went missing, his family didn’t immediately raise the alarm. Nicholas was a troubled kid and had a court hearing scheduled for the day after his disappearance that would determine if he would be sent to a home for juvenile delinquents. His family simply assumed he had run away to avoid the consequences of the hearing.

Soon, however, it became clear that he was missing. He had only been carrying $5 and as far as anyone knew hadn’t packed any clothing. If he had been planning to run away, his family theorized, he would likely have taken personal items with him. As it was, he had left everything behind.

Police opened a missing person investigation but there were virtually no leads on where Nicholas could have gone. As he had only $5 to his name, the likelihood of him having secured a ticket on public transportation was low as was the possibility of him finding room and board somewhere. It seemed the only explanation was that he’d hitchhiked out of town and if he had, there was even less hope of finding him.

Then, three months later, police received a phone call from Jason Barclay, Nicholas’ uncle. He claimed that he’d seen Nicholas trying to break into their garage, but when police arrived, Jason told them he’d fled. It was the only lead in the case so far though it eventually panned out to a dead end.

Three years later, just as the Barclay family was beginning to lose hope, they received a miraculous phone call. Nicholas Barclay had been found, lost and scared in the middle of a Spanish village.

Immediately, he was flown back to the United States and reunited with his family.

Nicholas Barclay Returns, Or Does He?

The family welcomed him back at once with open arms and an open home. They had kept his room just as he’d left it, and had been anxiously awaiting his return. They missed him so much that they didn’t notice the glaring inconsistencies between the son who had gone missing and the one who had been returned to them. 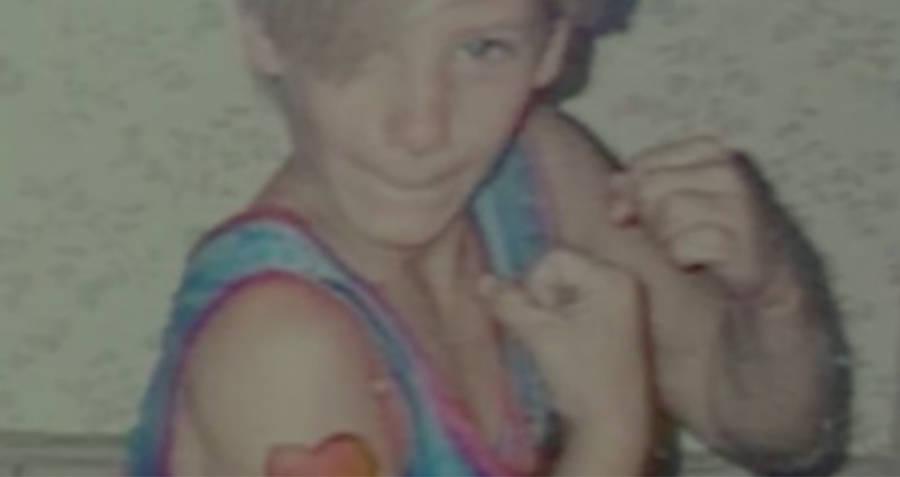 YouTube Nicholas Barclay posing for a photo shortly before his disappearance.

The harrowing story of the Barclays’ pain and its subsequent Hollywood happy ending made national headlines. A missing boy reunited with his family after years of abuse drew news crews and reporters to the Barclays’ home day in and day out. It also drew investigators who were determined to find out what had happened to Nicholas Barclay during the three years he was missing.

According to Nicholas, he had been kidnapped on his way home from the park where he had been playing basketball with his friends. Then, he’d been put on a plane and taken to Europe, where his kidnappers had forced him into a child sex trafficking ring. Eventually, he said, he had escaped and made it to safety where he was discovered by local law enforcement. As for his appearance, he said that the kidnappers had changed his eye color and dyed his hair to conceal his identity.

After hearing the account of Nicholas Barclay’s ordeal, private investigator Charlie Parker became suspicious. The hair and eyes claims were suspicious, as it was unlikely that the kidnappers went to such lengths as to alter his eye color, or could have even been able to.

He was also put off by the difference in personality. Though such a traumatic circumstance would possibly result in a more subdued demeanor and the victim withdrawing into themselves, Parker felt that it was something more than that. He didn’t seem withdrawn, he simply seemed more mature – older, even, than his reported 16 years.

To Parker’s surprise, he was correct. Nicholas Barclay was not, in fact, 16, as he claimed to be, but 23. Furthermore, he wasn’t even Nicholas Barclay, but a Frenchman named Frederic Bourdin.

Who Was Frédéric Bourdin? 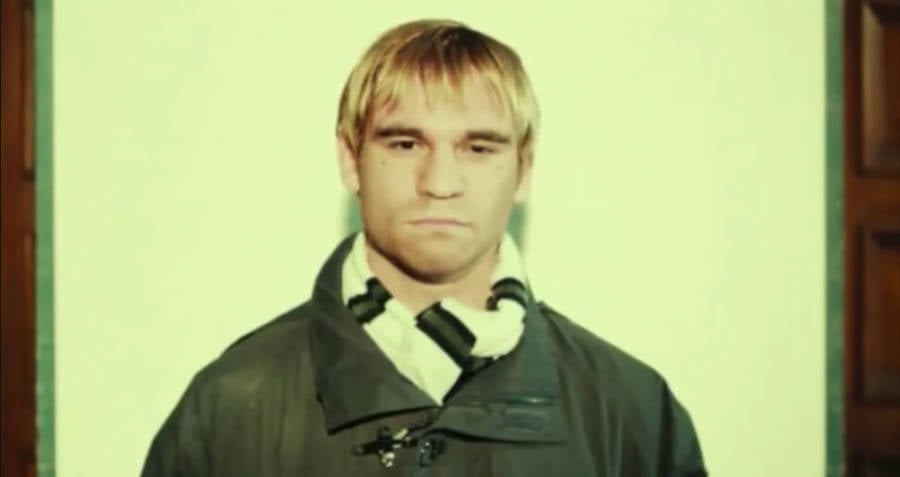 Frederic Bourdin, also known as “The Chameleon” by Interpol, was a French criminal and serial imposter, who had spent his entire life impersonating missing children and creating false identities and names. He’d been wanted by Interpol for several years and was believed to have masqueraded under no less than 500 false identities.

When Bourdin had heard the story of the distraught American family looking for their missing son, he had easily slipped into the persona, having gotten the idea when a Spanish police officer suggested that he bore a resemblance to the boy. He was able to keep up the charade for three and a half months, fooling the Spanish authorities, the FBI, and even the Barclay family.

Soon though, Parker realized that Bourdin may not have been fooling the entire Barclay family. Jason, Nicholas’ uncle, had apparently begun to question Bourdin’s authenticity as his nephew. As soon as Parker asked to interview him, however, Jason committed suicide, the victim of a drug overdose.

Jason Barclay’s death raised Parkers suspicions even more, and eventually outed Frédéric Bourdin to the family. The authorities arrested Bourdin and sentenced him to six years in prison, double the recommended time. Once again, the Barclay family was left without their son, the weight of which was so much more the second time after they believed he was finally home.

Were The Barclay’s Covering Up An Even Greater Crime?

Bourdin, however, didn’t believe that Barclay’s grief was real. While in police custody, he proposed a disturbing theory: why would the Barclay family accept him into their home, so willingly, when it was so clear that he wasn’t their son unless they had something to hide?

Furthermore, he suggested that that something was murder – that one or all of the Barclay family members had murdered Nicholas and adopted Bourdain, knowing full well he was an imposter, to cover it up. 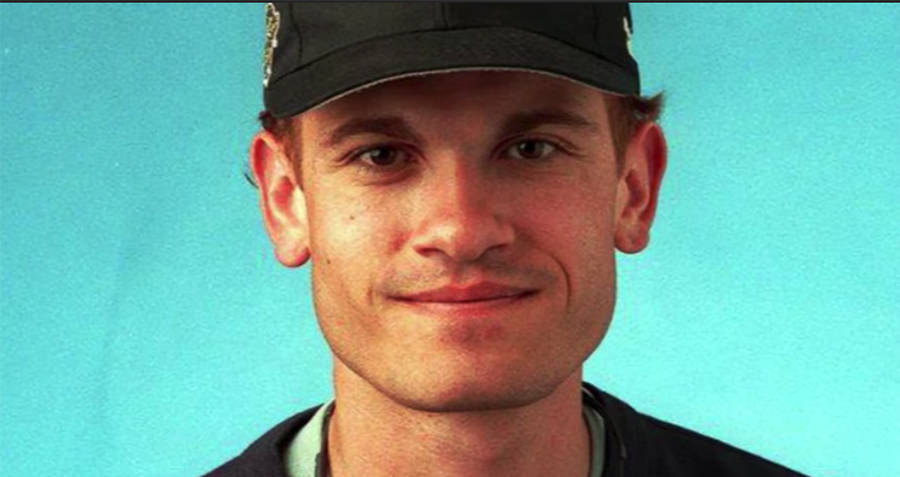 YouTubeFrederic Bourdin as a young man.

Charlie Parker bought into Frederic Bourdain’s theories and has been working toward proving them ever since. Using evidence gleaned from initial investigations and others that were opened after Bourdain’s imprisonment, Parker has put together a compelling case.

He believes that Nicholas Barclay’s rage eventually pushed a family member over the edge. Police had been called to the home on more than one occasion and the family had vocally expressed their displeasure with his attitude. Jason Barclay’s death was also seen as an admission to something, as it had come at an unusual time.

Though there is no body, and there has been no confession but that of a known criminal, Parker remains confident that the Barclays are not blameless in their son’s disappearance, and is hell-bent on discovering exactly what they had to do with it. So far, he has nothing, but that doesn’t mean he won’t stop trying.

“I don’t have any confessions. There’s no body. Murder is very simple and very basic,” Frederic Bourdin said. “I think something happened inside that house but I can’t prove it.”

After reading about the disappearance of Nicholas Barclay and his imposter Frédéric Bourdin, read about the case of Bobby Dunbar, another baffling disappearance. Then, check out the skier who went missing in New York then mysteriously turned up in California.