"Tragedy struck and the bullets penetrated Adoezuwe, resulting in his death." 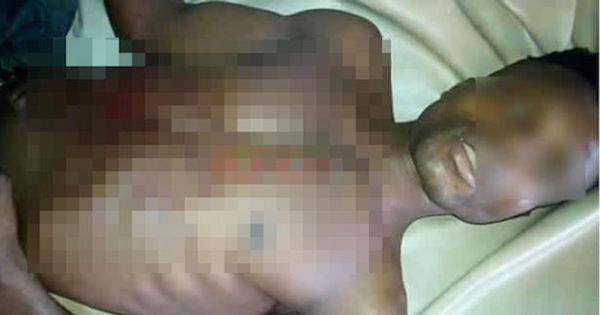 The MirrorChinaka Adoezuwe had confidence that the charms he created would prevent a bullet from injuring him.

A native healer in Nigeria, Chinaka Asoezuwe, died after allegedly asking one of his clients to test out the “bullet-proof” charms he had prepared.

It happened in a village called Umuozo Ugiri in the southern Nigerian state of Imo.

A villager, Chukwudi Ijezie, went to the 26-year-old Asoezuwe seeking charms that would prevent bullets from penetrating his body, the Nigeria-based Punch Newspaper first reported.

Once Asoezuwe created the new charms he reportedly instructed Ijezie to position himself so that he could test out their effectiveness. When Ijezie declined, a source claimed that Asoezuwe strung the charms around his own neck and, in an attempt to prove that they worked, handed a gun to Ijezie.

Following the instructions, Ijezie shot at the healer. “Tragedy struck and the bullets penetrated Adoezuwe, resulting in his death,” one villager told Punch.

The Police Public Relations Officer, Andrew Enwerem, said that in the aftermath of the incident Ijezie was arrested on suspicion of murder.

“Charms are popular in Nigeria, where traditional healers are consulted for cures for various ailments,” reported the BBC.

And according to a separate article in Punch from January 2018, even local policemen said that they had more confidence in their traditonal bullet-proof charms than standard body armor.

Also in the same month, a 27-year-old man died after he drank a “bullet-repelling” concoction and then was fired at. The native doctor who sold the man the liquid was charged with criminal conspiracy and culpable homicide in relation to the death.

Similarly, back in 2003, a healer in Nigeria was fatally shot in the head while attempting to verify that the bullet-proof charms he was selling to a client were legitimate.

Nigeria isn’t the only country that believes in the power of charms to repel bullets. In 2001, it was reported that a man from Ghana died instantly from a single bullet after smearing his body for two weeks with an herb concoction that he had procured from a local witchdoctor.

Angry villagers attacked the doctor afterward, beating him until a village elder came to his aid.

Next read about Braco, the healer who makes people feel better by staring at them. Then read more about modern witch doctors.