Braco doesn't claim to have supernatural powers, but it's heavily implied that if you pay eight dollars for him to stare at you, cosmically wonderful things might happen. Will they? Read on and decide for yourself. 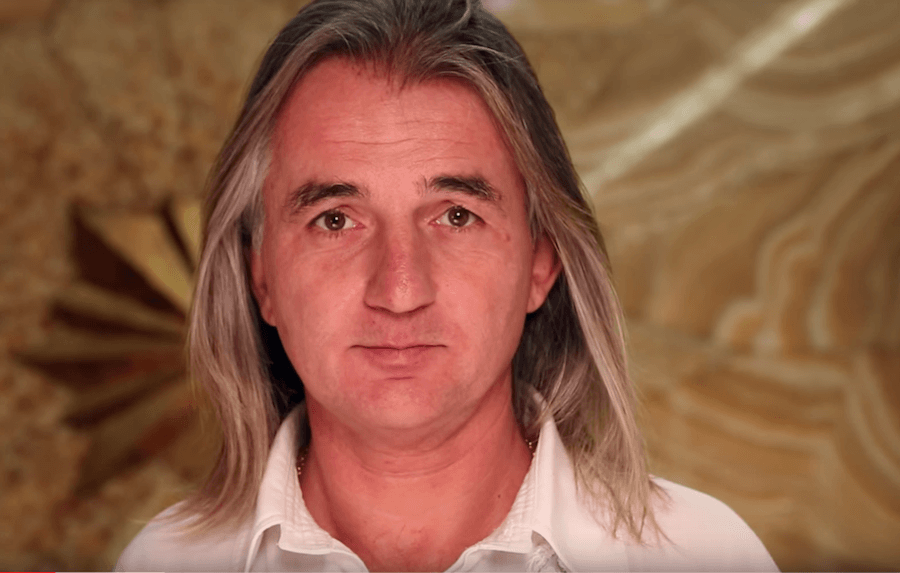 YouTubeMeet Braco, the man with a healing gaze.

“They feel something through Braco’s gaze,” says the Slovenian Ria Kosak, a member of Braco’s PR team. “When he stands in front of groups of people, they feel a sense of hope. They feel peace. They feel like life makes sense again.”

She knows these are extraordinary claims, but she’s here to tell you that it’s all true. After all, if it weren’t, would thousands of people turn up at Braco’s events?

There, she has a point — the faith healer Braco (pronounced “Braht-zo”) doesn’t speak, touch, or diagnose. He simply stares. And for that, over 200,000 people pay money every year.

And those are just Braco’s fans in Croatia. When he goes on tour, his devotees come out of the woodwork. His empire is massive, and his story is strange, full of unanswered questions — which is just how the silent and enigmatic Braco likes it.

Josip Grbavac was born in Zagreb, Croatia, in 1967. It would be many years before he assumed the name Braco.

His first 26 years of life were unexceptional. He got a masters in economics, took a job, and married. His wife, Dinka, had just given birth to a son when Josip met Ivica Prokić.

YouTubeBraco gazes into the crowd that has gathered to be healed.

Prokić, a Serbian economist and self-identified prophet and healer, had by his own account led a life as unusual as Josip’s was ordinary.

He had known from a young age that he was different: when he was just seven, he passed out on a riverbank and felt “a piece of the sun enter him.” What followed were prophetic visions, a near-death experience that increased his supernatural abilities, and testing at “a bio-energetic clinic” that proved he was all he said he was.

Prokić met Josip after one of his events in the early 1990s, and the pair immediately hit it off. Prokić claimed he sensed great potential in Josip and proposed to mentor the younger man.

Josip readily accepted, ditching his job to study with the guru, who gave him the name Braco, or “little brother.” In public and in his continual stream of publications, Prokić hailed Braco as a visionary healer and identified him as the successor to his healing empire.

What Prokić probably didn’t realize was just how soon he would be handing over the reins.

In April of 1995, the student and his teacher visited South Africa. On a remote beach, the two were alone when a rogue wave suddenly swept Prokić off his feet. It was the last time anyone saw him alive. 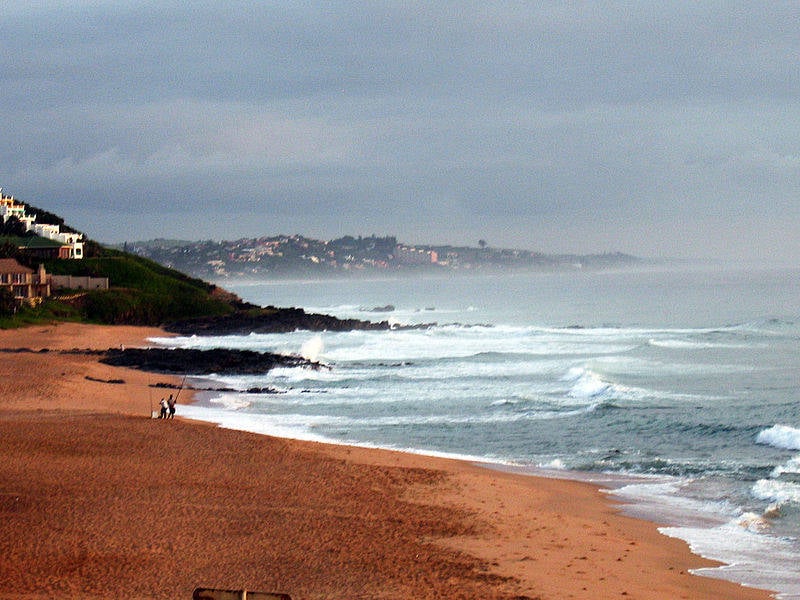 Wikimedia CommonsA South African beach like the one where Prokić met his end.

Though Braco was never charged or formally implicated, his proximity to his mentor’s death has raised eyebrows. It strikes some as especially convenient that Prokić had removed all his gold jewelry and his wallet before he died.

Though it’s unlikely we’ll ever know what really happened that day, Braco certainly stood to gain from his teacher’s death. Hailed as the heir apparent to the psychic’s empire, he returned to accolades from Prokić’s adoring fans — fans who claimed they could already see Prokić’s love in Braco’s warm gaze.

Braco, unlike Prokić, did not claim to have prophetic visions. In fact, Braco has never claimed to have any supernatural healing abilities at all.

His position is a careful one: If you come to his events, his promotional materials say, you might feel better. Or you might not.

And then his PR staff directs your attention to the hundreds of testimonials that report fixes for everything from cancer and lung disease to depression and anxiety. (Staff will also tell you that pregnant women are not permitted to experience the power of the gaze due to, we assume, the danger to the fetus.)

YouTubeSome of Braco’s performances draw crowds in the thousands.

Braco’s own ambivalence seems to be what convinces many. People are drawn in by the lack of improbable promises and Braco’s refusal to espouse any particular religion or philosophy.

Though many have offered spiritual explanations for his gift (including the Catholic Church, which has posited demons), no rationale has ever come from Braco himself.

In fact in 2002, Braco stopped speaking publicly altogether — and his popularity has only continued to grow.

Due to overwhelming demand, the one-on-one healing sessions of Braco’s early career have had to be abandoned in favor of group “gazing” sessions.

Braco also tours internationally, offering “eight-minute soul-sweeps” for eight dollars to massive crowds. Thousands of believers attend his events, some with photos of family and friends that they hold up while he gazes into the crowd. Participants have described the feeling they get during this time as a tingling sensation.

YouTubeBraco’s image is projected on a screen above the crowd as he gazes in silence.

Braco, usually dressed in white, never speaks a word; he just looks silently into the audience.

“I feel he’s so authentic because he doesn’t talk,” said Christina Culver, who attended one of his 2012 gazing sessions in Arlington, Va.

After eight minutes, he leaves, and there is a “reflection and mediation” period in which people are invited to share the life-changing feelings and positive healing they have experienced. One woman claimed her brother recovered from a bone transplant, while another said her adopted daughter reached out to her birth mother.

Some of his followers don’t even think his physical presence is needed. They claim that just looking at a picture or video of him gazing has healing properties — an idea Braco and his team have been quick to capitalize on with live streams and DVDs available for purchase.

See if you feel the healing power of Braco’s gaze in this video.

Criticism Of The Croatian Healer

Many have called Braco a fraud, a phony, or just plain ridiculous. Critics say that reports of healing are solely anecdotal and that there is no science to back them up.

They aren’t wrong. Braco’s healing has never been put to the test in a lab-controlled environment — perhaps because Braco has never personally claimed to be a healer.

“Braco doesn’t call himself a healer because he doesn’t make any claims directly; his claims are made by his staff and devotees,” wrote Karen Stollznow, an associate researcher at the University of California, Berkeley, and a skeptical investigator with a doctorate in linguistics.

YouTubeBraco’s YouTube videos typically show him in beautiful, tranquil settings. He walks or stands without saying a word.

The other important thing to remember is that Braco is running a business.

Sure, he does the occasional free web stream — but he also sells 14-karat gold sun jewelry at his events for $5,000 as well as a diamond-encrusted 24-karat gold version for $9,000. His PR team is careful to mention that wearing the emblems could have an enormous positive effect on your day-to-day life.

Yet the skeptics haven’t stopped Braco from practicing his gaze or kept fans from showing up at his events. In 2011, he received a renewal for his O-1, a visa that permits individuals who possess extraordinary ability in their field to work in the U.S. for three years. Attached to his visa application was a letter from Dennis Kucinich, a U.S. representative from Ohio who was once a presidential candidate.

Braco has a personal center in Croatia where he holds gazing sessions when he’s not on tour. People can visit him there for free.

If you enjoyed this article about Braco, the faith healer with a powerful gaze, you may also want to read about history’s most eccentric people. Then, check out the greatest humanitarians in history.