Night Of The Long Knives: When Hitler Had Hundreds Of Allies Killed To Solidify His Grip On Germany

For three days in 1934 that Hitler called the "Night of the Long Knives," the chancellor ordered the execution of some 400 Nazis whom he feared threatened his power. 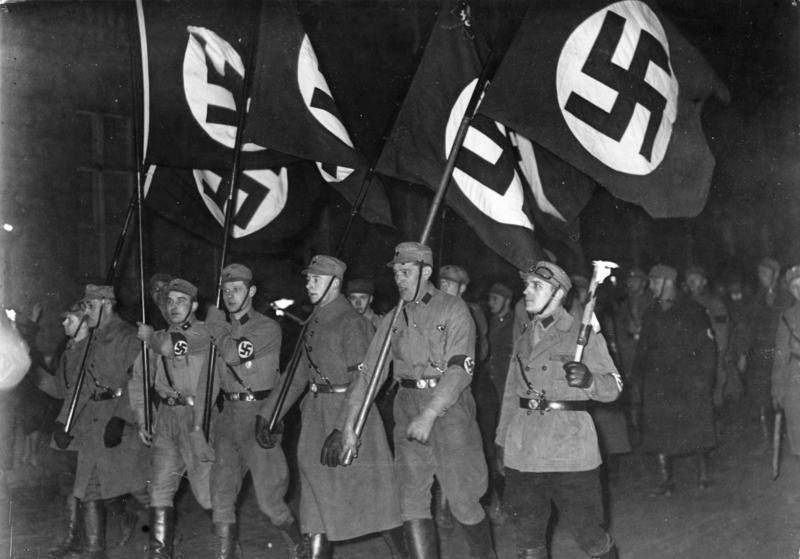 BundesarchivNazi supporters march in celebration after hearing that Hitler has been appointed chancellor of Germany, Berlin, Jan. 30, 1933.

By June 1934, Adolf Hitler nearly had total control over Germany. Nonetheless, he was in constant fear that he might be ousted from his position. Hitler decided that in order to protect himself, he must swiftly do away with any threats. Thus from June 30 to July 2, 1934, which the chancellor later titled the Night of the Long Knives, Hitler purged any and all opposition in his way to a dictatorship.

Some of those executed by Hitler were once considered close allies and friends. By some estimates, as many as 1,000 were rounded up, never to be seen again.

The Threat Of Ernst Röhm 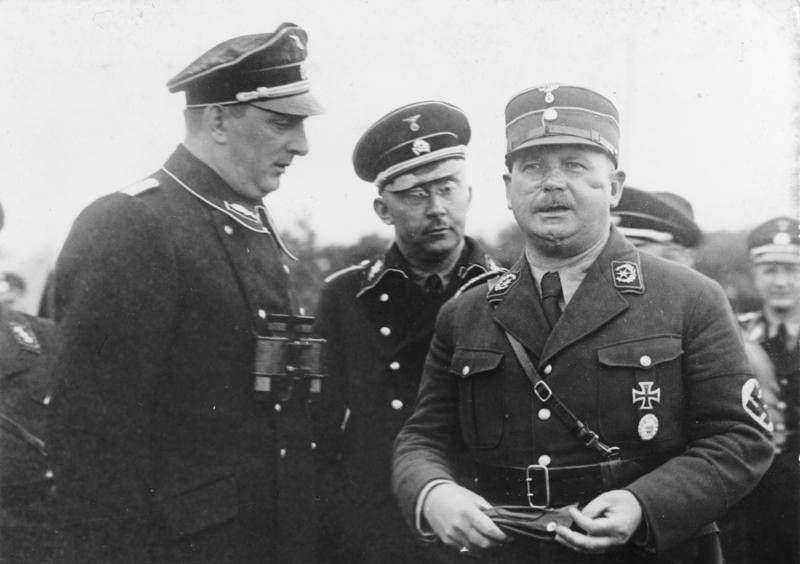 Hitler kept an ever-growing list of potential threats to his power. This included Gregor Strasser, a rival within the Nazi party, and Kurt von Schleicher, a general who tried to split the Nazi Party by offering the chancellorship to Hitler’s rivals.

However, Hitler’s biggest concern was Ernst Röhm, a man Hitler himself had appointed to command the 3 million-strong Brown Shirts of the Sturmabteilung (SA).

Not only did Hitler admire Röhm for his military prowess and loyalty to the mission of the Nazi party, but according to Paul R. Maracin, author of The Night of the Long Knives, “more than any other person, he was responsible for Hitler’s rise to power.”

Röhm was thus awarded the position of the SA’s Chief of Staff in 1930. He soon streamlined its structure so that the various regional SA forces reported to just one SA-gruppenfuhrer, who then reported directly to Röhm or to Hitler. The SA helped Hitler to rise to power by intimidating and brutalizing opponents, like communists and Jews but also frequently academics, businessmen, and journalists.

But after Hitler became chancellor in 1933, he realized that Röhm had grown quite powerful himself. The Chief of Staff was viewed within the SA’s ranks by many as the true leader of the Nazi party. Hitler also feared that the SA would absorb the regular army, and in consolidating his power this way, Röhm would be set apart from the likes of Hitler’s other top supporters like Heinrich Himmler, Hermann Göring, and Joseph Goebbels who all relied on Hitler directly for their influence. This unsettled Hitler greatly.

Meanwhile, the SA grew restless. They believed they would have been given some political clout of their own once they helped Hitler to secure his power. But when Hitler became chancellor, he made Röhm a cabinet member, thus curbing the ex-Chief of Staff’s power.

Further, the SA had become something of a redundant force. Röhm’s army was initially intended to bully dissenters into toeing the Nazi party line, but with Hitler’s growing influence, he needed these enforcers less and less. 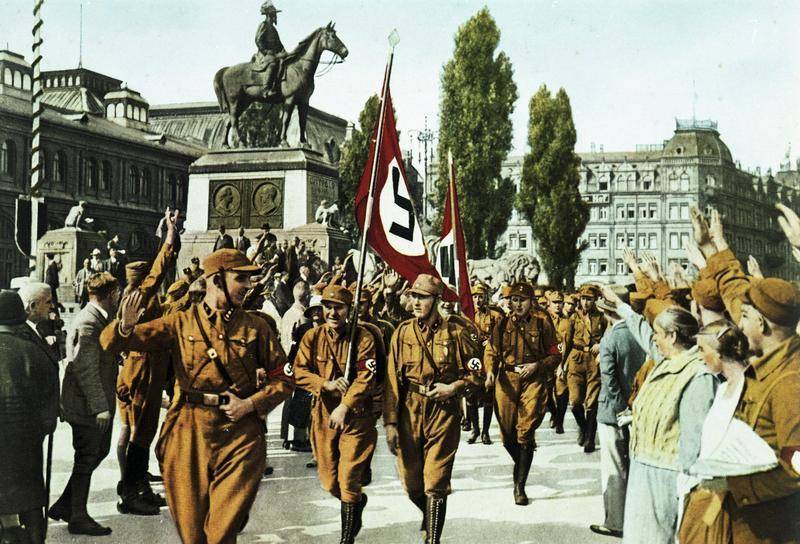 Röhm became not only irritated with his new station but felt utterly betrayed by Hitler. “Adolf is a swine,” Röhm complained, “His old friends aren’t good enough for him…they’ll certainly lose the next war.”

Hitler’s Plot Against The SA

Reinhard Heydrich, who was a high-ranking SS official, also worked hard to turn Hitler against Röhm. Heydrich compiled a thick dossier that claimed to have evidence of a 12 million-Reichsmark payoff from the French ambassador in Berlin to Röhm to overthrow Hitler and form a new government with Gregor Strasser, the head of the Nazi party’s left wing, and former Chancellor General Kurt von Schleicher.

At the same time, Hitler’s power was limited by the President, Paul von Hindenburg, who was still alive and could if he wanted to take away all of Hitler’s influence. Von Hindenburg was also alarmed by Röhm’s plans to consolidate his power.

Hitler knew the SA could destroy his plans to merge both the offices of the chancellory and the presidency under his leadership. President Hindenburg was old by this point, which worked to Hitler’s advantage in garnering the support of the official German army for his plans. Furthermore, both Hitler and the army had a mutual enemy: the impending growth and influence of the SA under Röhm.

On April 11, 1934, both Hitler and General Werner von Blomberg, an unofficial representative of the German parliament, met onboard the cruiser Deutschland to strike a deal. Hitler would gain the army’s support in taking the presidency upon Hindenburg’s passing, in exchange for the destruction of the SA.

Hitler was not yet entirely convinced about sacrificing Röhm to this cause, and he tried one last time to get the SA leader to conform to his ideas. Hitler showed Heydrich’s fake dossier of the SA coup and a nearby official reported that he then heard the two men “bellowing at each other.” A five-hour meeting followed and afterward, Röhm announced that he would take off to Bad Wiessee “to fully restore my health, which has been severely impaired the last few weeks by a painful nervous complaint.”

Hitler contended finally to go ahead with a plan to sacrifice Röhm.

Hitler then fabricated a plot that would justify a massacre, which would become to be known as the Night of the Long Knives, of any and all positions who threatened his power. At the center of this plot was Röhm, who Hitler framed for a revolt.

In early June 1934, Hitler, Heydrich, and Göring compiled a list of those to be executed. This was called the “Reich List of Unwanted Persons.” Then, instructions for how the executions should take place were distributed in sealed envelopes to Gestapo units throughout Germany. The operation was codenamed “Hummingbird.” 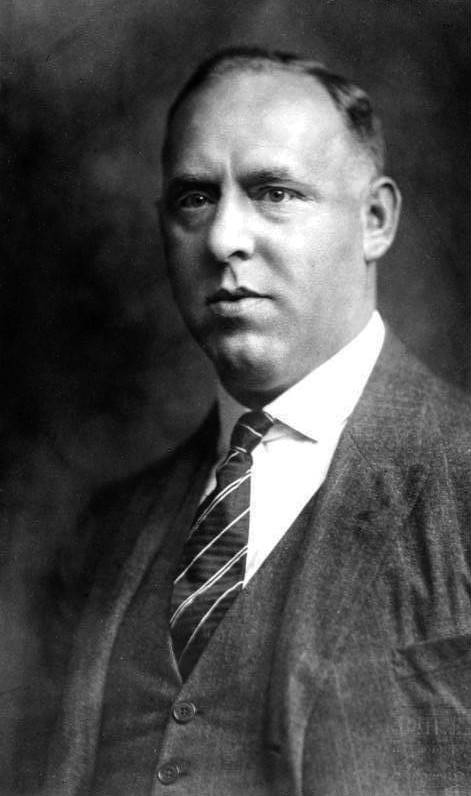 Wikimedia CommonsGregor Strasser, figurehead of the socialist-leaning faction of the Nazi Party, was murdered on the Night of the Long Knives.

Hitler then ordered all the SA leaders to attend a meeting in the Hanslbauer Hotel in Bad Wiessee. It was, obviously, a trap.

The Night Of The Long Knives

On June 30, Hitler and a large group of SS men arrived at the Hanslbauer Hotel, where Röhm was waiting. It was about 6 a.m. when Hitler, his pistol in hand, apprehended Röhm in his room and put him under arrest. Röhm’s deputy, Edmund Heines, who was next door, was also ordered to be rounded up, taken outside, and shot. Hitler allowed Röhm the option of suicide, but he refused. He was consequently shot by two SS officers after being held briefly at Stadelheim Prison in Munich. 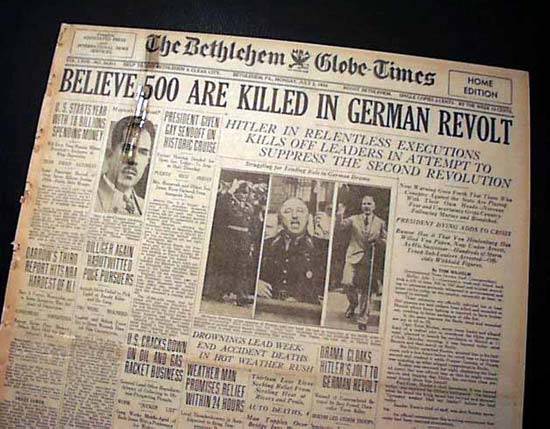 Timothy Hughes Rare and Early NewspapersArticle about the purge on the front page The Bethlehem Globe-Times, July 2, 1934.

About 200 other SA leaders, en route to meeting Hitler at the hotel, were arrested. The purge, or the Night of the Long Knives, had officially begun.

Most of the executions occurred in Stadelheim Prison. But 20 miles southeast of Berlin, another 150 SA members were brought out four at a time to be shot. When called they were marched to a brick wall, had their shirts ripped off and a charcoal circle drawn around their left nipple as a target.

The remaining men watched on from their cells awaiting their turn.

The death list covered an array of people, not just those in the SA, but also included journalists and priests. Among the murdered were Kurt von Schleicher, Gregor Strasser, who until 1932 had been second only to Hitler in the Nazi Party; Bavarian ex-separatist Gustav von Kahr; conservative critic Edgar Jung, and Catholic professor Erich Klausener. Vice-Chancellor Franz von Papen only narrowly escaped inclusion among the victims, though he was dismissed from the vice-chancellorship three days later.

The army’s General Ferdinand von Bredow was murdered, along with a priest who had helped Hitler to write Mein Kampf.

On the Night of the Long Knives, many SA leaders were killed that were extremely loyal to Hitler, some people had been killed by accident (with the Nazis later issuing an apology). Others it appears may have personal enemies of Himmler and Goering. Both had fed Hitler with information on people that was totally fabricated. 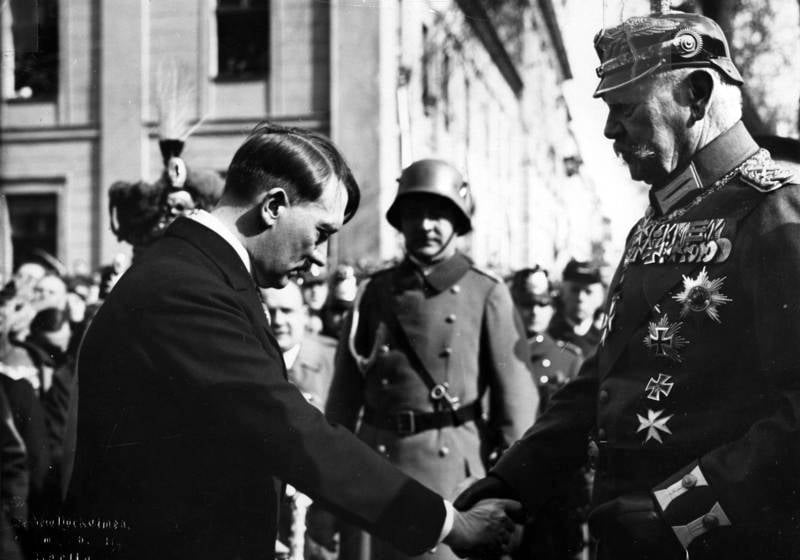 Aftermath Of The Purge

The purge continued until July 2 and as the SA collapsed, the Night of the Long Knives signified the establishment of the SS as having total control of Germany.

Hitler received a letter of gratitude from President Hindenburg, who was impressed at how efficiently Hitler had done away with a group that had become not only redundant but dangerous. When President von Hindenberg died the following month, Hitler’s power was no longer limited.

The purge of the SA was not revealed to the public, however, until July 13 when Hitler gave a speech. He himself titled the massacre the “Night of the Long Knives,” which was a lyric from a popular Nazi song. Hitler claimed that 61 had been executed while 13 had been shot for resisting arrest and three committed suicide, but some accounts say that as many as 400 to 1,000 people were killed during the purge.

After this look at the Night of the Long Knives, check out these strange facts about Adolf Hitler. Then, read up on Claus von Stauffenberg, the Nazi who tried to kill Hiter.