Claus Von Stauffenberg: The German Colonel Who Led An Assassination Plot Against Hitler

Descended from German nobility, von Stauffenberg thought it his duty to defend his nation against threats both inside and out. Hitler became one such threat. 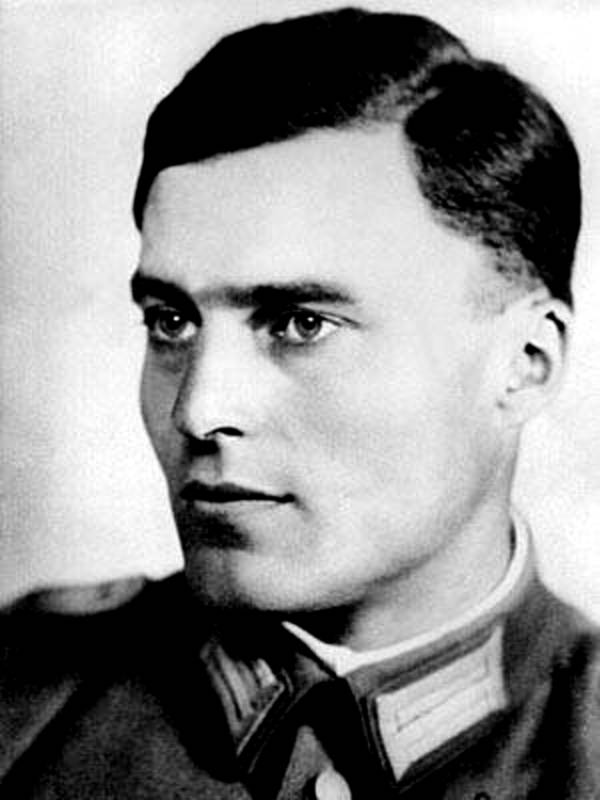 Born into nobility, Count Claus von Stauffenberg felt it his innate duty to serve and protect his nation. He initially believed that Hitler could be the man to do it. After rising the ranks in the German army, von Stauffenberg became disillusioned by Hitler’s vision and joined a coup against the regime. He headed an assassination attempt, as a part of the Operation Valkyrie conspiracy, for which he would give his life.

By the time Claus von Stauffenberg was born on Nov. 15, 1907, in the castle of Jettingen, his family could trace their ancestry back nearly 600 years. The Stauffenbergs had been members of the German aristocracy since the 13th century and they were one of the most influential families in the Catholic south.

Young Claus von Stauffenberg took his role as a member of the nobility very seriously. Far from spending the family’s fortune, Count Stauffenberg believed that it was the true duty of an aristocrat to act as the moral compass of the nation and to protect its laws from threats both within and without.

Two of Stauffenberg’s ancestors had helped oust Napoleon from Prussia and the example they had set in fighting a dictator was to have a strong influence on their descendant’s later actions.

Stauffenberg was an intelligent if somewhat romantically-minded youth. He enjoyed poetry and music. But like every other German of his generation, Stauffenberg’s childhood was marred by World War I and the chaos that consumed the country as a result of the crippling demands of the Treaty of Versailles.

When the nobility was constitutionally forced to relinquish their legal privileges, Stauffenberg remained dedicated to his country and surprised many of those closest to him when he chose the path of military service. In 1926, driven by his determination to serve his country, Stauffenberg enlisted in the German Army in the family’s traditional regiment, the 17th Cavalry in Bamberg. He rose to the rank of lieutenant in just a few short years. 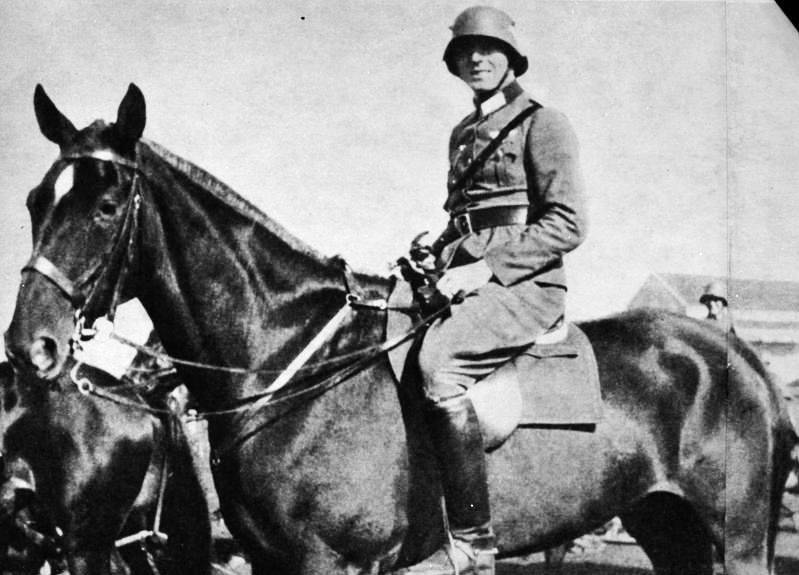 Wikimedia CommonsClaus Von Stauffenberg joined the army well before the outbreak of WWII.

Hitler was appointed Chancellor the same year Claus married his wife, Nina. She recalled her husband something of a “devil’s advocate” who was neither a staunch Nazi supporter nor a conservative. Stauffenberg had even initially welcomed Hitler’s rise to power as he thought the Führer would help to restore Germany’s former pride and prestige before World War I.

But he began to have doubts about the Reich after 1934’s Night of the Long Knives. On that night, to solidify his power, Hitler had betrayed many of the very people who helped him to rise into it and eliminated them all in a vicious bloodbath.

The dictator’s willingness to annihilate his former friends and allies, including Ernst Röhm, former head of the SA army, should have served as a dire warning to the country’s leaders. Instead, the army swore Hitler an oath of loyalty. Their allegiance was no longer “to ever loyally and sincerely serve my people and fatherland” but to “offer unconditional obedience to the Führer of the German Reich and people.”

Many members of the aristocracy, Stauffenberg included, considered this new allegiance to a single ruler and not to a country an affront to their moral values.

Meanwhile, Claus and Nina parented five children. Stauffenberg went to great lengths to conceal from his children how he felt about the Reich. His son, Berthold Schenk Graf von Stauffenberg, recalled how as a young boy he wanted to be a Nazi “But we never discussed that with my father or my mother. If he had discussed politics with us he couldn’t have shown his real feelings because it would have been too dangerous. Children give things away.”

Indeed, under Hitler, open socialism was often met with an indictment to a concentration camp.

The second event that disturbed Stauffenberg about Hitler’s regime came in November of 1938. Over the course of two days, Nazi thugs went on a spree of murder and destruction aimed at the country’s Jews that became known as Kristallnacht or “the Night of the Broken Glass.” For Stauffenberg, Kristallnacht was a stain upon Germany’s honor.

Around this time, he met Henning von Tresckow, a general staff officer in the high command of the Army Group Center, who used his access to plot a coup. The two shared many of the same views.

Stauffenberg was promoted to colonel and sent to Africa to join the 10th Panzer Division as its Operations Officer in the General Staff in 1943. On the front lines, Stauffenberg quickly realized that Germany stood no realistic chance of victory. He grew frustrated with high-ranking officers who refused to tell Hitler the truth of the situation while he was forced to watch more of the men under his command die.

But an attack in 1943 left Stauffenberg in desperate condition, his left eye had been shot out and surgeons were forced to amputate his right hand, as well as the little and ring fingers of his left hand. The field doctors thought it unlikely that he would survive at all and that if by some miracle he did, he would surely be an invalid for life.

But Stauffenberg made a “remarkable” recovery in less than three months and even joked that “he couldn’t remember…what he had done with all ten fingers when he still possessed them.” For his injuries and his courage, he was rewarded a German Cross in gold.

Stauffenberg’s injuries only strengthened his conviction that Hitler must be deposed. After he was placed back on duty in the General Army Office in Berlin, he quickly conspired with other like-minded officers such as General Friedrich Olbricht, Chief of the General Army Office in the Army High Command. Indeed, Stauffenberg was far from the only soldier to have secretly taken up opposition to Hitler. 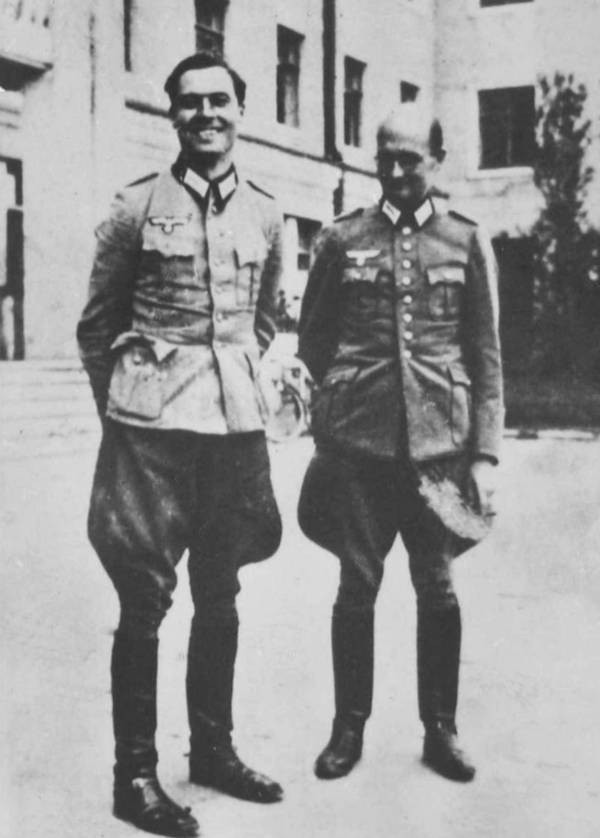 Wikimedia CommonsStauffenberg in 1944 about a month before Operation Valkyrie.

Von Tresckow had already made an attempt on Hitler’s life in March of 1943. His bold plan involved a bomb disguised as brandy bottles place onboard the Führer’s plane. But to von Tresckow’s dismay and terror, Hitler landed in Berlin safely as the bomb had a defective fuse. The officer managed to keep his head and retrieve the fake brandy without detection.

Henning von Tresckow had previously tried to kill Hitler with a bomb disguised as brandy.

Just a week after von Tresckow’s attempt, another officer, Rudolf von Gertsdorff, bravely volunteered to strap a short-fuse bomb to his chest and fling himself onto the dictator during an inspection of captured Soviet equipment in Berlin. Astoundingly, this attempt was foiled as well, after Hitler suddenly left on a whim. In a display of nerves of steel, von Gertsdorff managed to excuse himself and run to the bathroom to defuse his suicide vest, also escaping undetected.

Operation Valkyrie And The 20 July Plot

After the D-Day invasions of 1944, the German resistance officers grew desperate. Some thought it might even be better to abandon all hope and wait until the Allies advanced into Berlin. Stauffenberg, however, refused to back down. 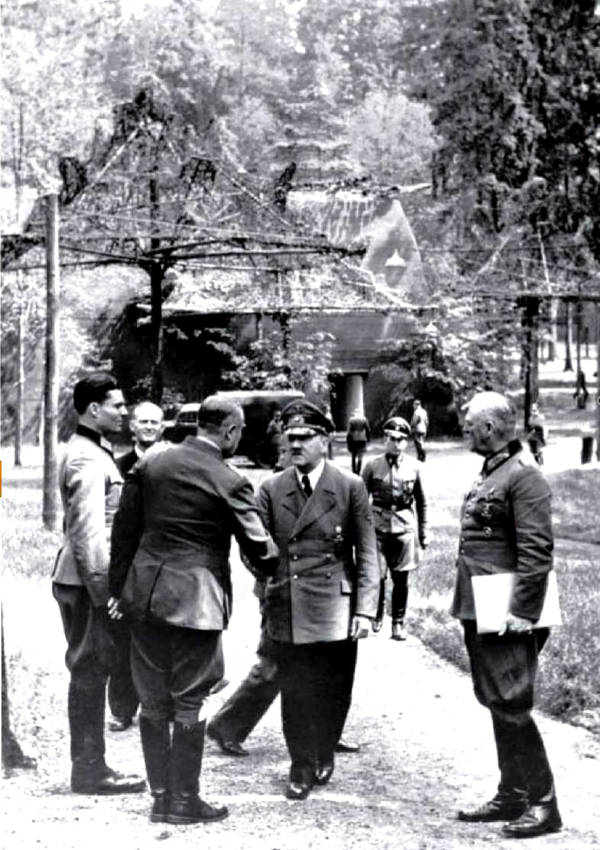 Wikimedia CommonsHitler had no idea a group of his own officers were plotting to kill him.

The coup was based around an existing emergency plan that gave temporary control of the capital to the Reserve Army, who, headed by the coup, would then made amends with the Allies as quickly as possible. This was codenamed Operation Valkyrie.

Of course, the officers’ ability to declare a state of emergency and usurp control of the army hinged on one important detail: Hitler’s death. Stauffenberg volunteered for the most dangerous part of the plan himself. The 20 July Plot, as it came to be known, was set into motion on that day in 1944, when Stauffenberg attended a conference at the Führer’s East Prussian headquarters known fittingly as the Wolf’s Lair.

A group of rebellious officers plotted to kill Hitler right under the Gestapo’s noses.

The count walked in, calmly placed his briefcase under the oak table Hitler and the other officers had gathered around, then soon excused himself. As he walked towards his car “a deafening crack shattered the midday quiet and a bluish yellow flame rocketed skyward.” During the ensuing chaos, Stauffenberg managed to make his way past the checkpoints and board a plane back to Berlin, convinced that no one could have survived the blast. 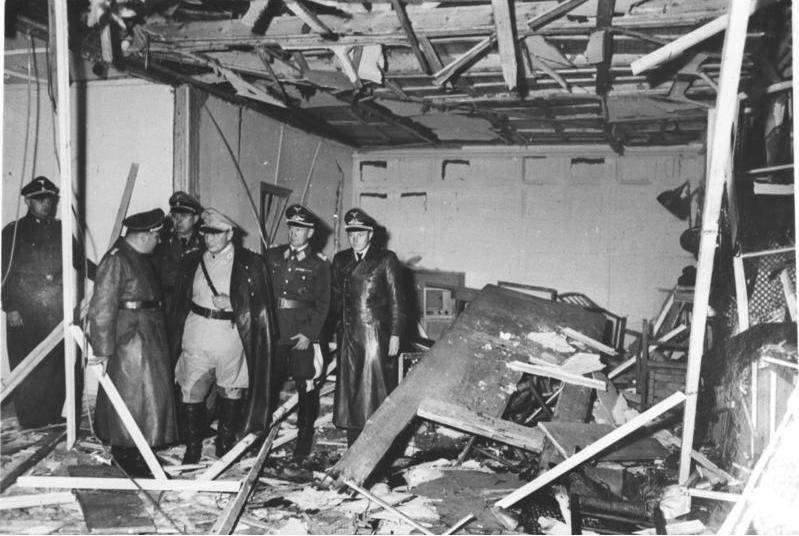 Wikimedia CommonsThe Wolf’s Lair after the bombing of Operation Valkyrie.

Unfortunately for Stauffenberg and the other conspirators, Hitler’s extraordinary luck had held once again. He had survived the explosion though it had killed four other men in the room. Only Hitler’s arm had been injured. The attempted coup had hinged entirely on Hitler’s death that day and it quickly fell apart as soon as word spread that the Führer had survived. 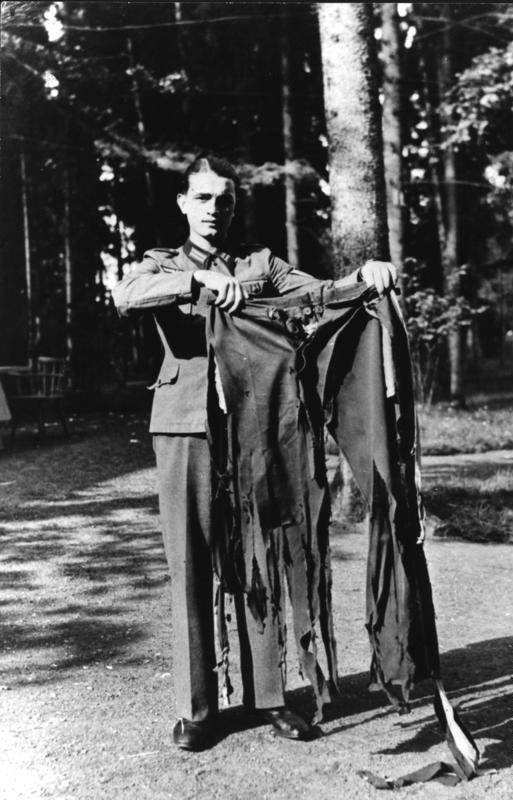 Wikimedia CommonsHitler miraculously survived the bombing of the 20 July Plot, the worst damage was done to his pants, pictured here.

Claus von Stauffenberg and three of the other conspiracy leaders were apprehended in the war offices after being betrayed by one of the others in on the coup. On July 21, 1944, Claus was taken to the courtyard and shot alongside Olbricht. It is alleged that Stauffenberg shouted “Long live free Germany” as he was killed.

Over the next few days, hundreds of other conspirators were tracked down and killed. Stauffenberg’s brother, Berthold, who had also participated in the plot was hanged, resuscitated, then hanged again several times before he was finally allowed to die. Hitler ordered the executioners to film Berthold’s torture so he could view it at his pleasure.

The sufferings of the Stauffenberg family did not end with Claus’s death. The colonel’s pregnant wife, Nina, was arrested by the Gestapo and sent to Ravensbrück concentration camp. His children were seized and sent to a children’s home. The family was later reunited and Claus’s wife never did remarry.

Claus von Stauffenberg’s former office in Berlin survived the war and today houses a museum dedicated to the German resistance. The courtyard where he and his fellow conspirators were executed contains a memorial in their honor and is the site of an annual remembrance ceremony.

Claus’s son, Berthold, recalled when he learned that it was his father who planted the bomb to assassinate Hitler. He asked his mother, “‘How, could he do it?’ And she said, ‘He believed he had to do this for Germany.'”

Berthold added, “For me, there is no question that the plot has saved a little of the honor of Germany.”

After this look at Operation Valkyrie and the man behind it, read about two more members of the German resistance, Hans and Sophie Scholl. Then, check out some inspiring photos of the French Resistance.