The flat stones and spiked clay balls found at the site of the 1590 Siege of Odawara may be precursors to later ninja weapons. 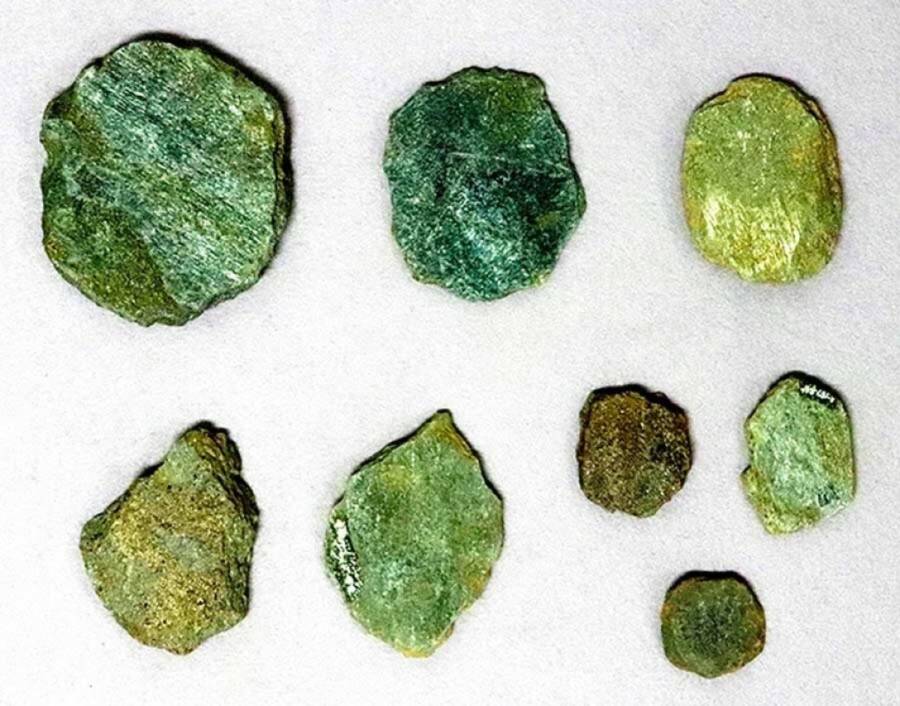 Saitama Prefectural Ranzan Historical MuseumThese flat stones may be an early version of a shuriken, widely known as a throwing star.

To the untrained eye, they may not look like much. But one Japanese archeologist suspects that a number of stone and clay artifacts discovered at the site of a famous 16th-century siege may be some of the earliest weapons ever used by ninjas.

That’s the theory put forward by Akihiro Iwata, an archaeologist and curator at the Saitama Prefectural Ranzan Historical Museum. He studied a number of stone and clay artifacts discovered at Hachioji Castle in the city of Hachioji, at Iwatsuki Castle in Saitama, and an administrative site in Saitama.

Significantly, these three sites were stage on which the 1590 Siege of Odawara unfolded, when a feudal lord named Toyotomi Hideyoshi attacked land held by the Hojo clan, a powerful warrior family.

Though Hideyoshi triumphed, Iwata suspects that the Hojo put up a spirited fight with a number of simple ninja-type weapons.

“It is possible that the Hojo clan made these getaway weapons after realizing it faced Hideyoshi’s overwhelming force,” Iwata explained.

The four unglazed clay balls found at the ruins of Hachioji Castle in the 1960s, Iwata suspects, are actually caltrops, or makibishi. These tiny balls, about one to three centimeters in diameter, have four spikes.

Ninjas were known to throw makibishi — usually made of metal — while fleeing an enemy on horseback. Horses would step on the spikes, slowing them down and allowing the ninjas to escape. 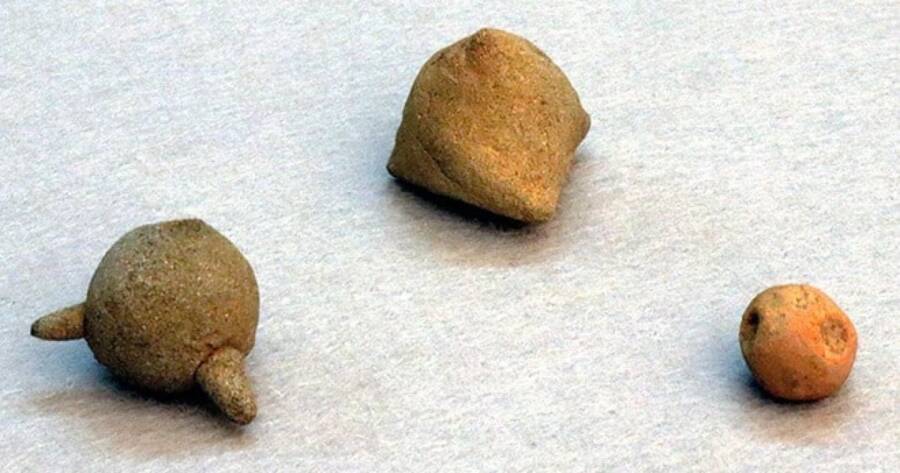 Saitama Prefectural Ranzan Historical MuseumThese tiny clay balls may have been caltrops, or makibishi, made in haste.

Iwata also examined a number of flat stones with sharpened corners which were discovered in the 1990s and 2000s at Iwatsuki Castle and a nearby Hojo administrative site called Owada jinya. He believes that these are early versions of shuriken, or throwing stars famously used by ninjas.

These were, Iwata believes, prototypes of the later makibishi and shuriken weapons used by Japan’s fearsome ninjas.

“Flat throwing stones could have developed into shuriken in later years. I had never seen clay caltrops before.” 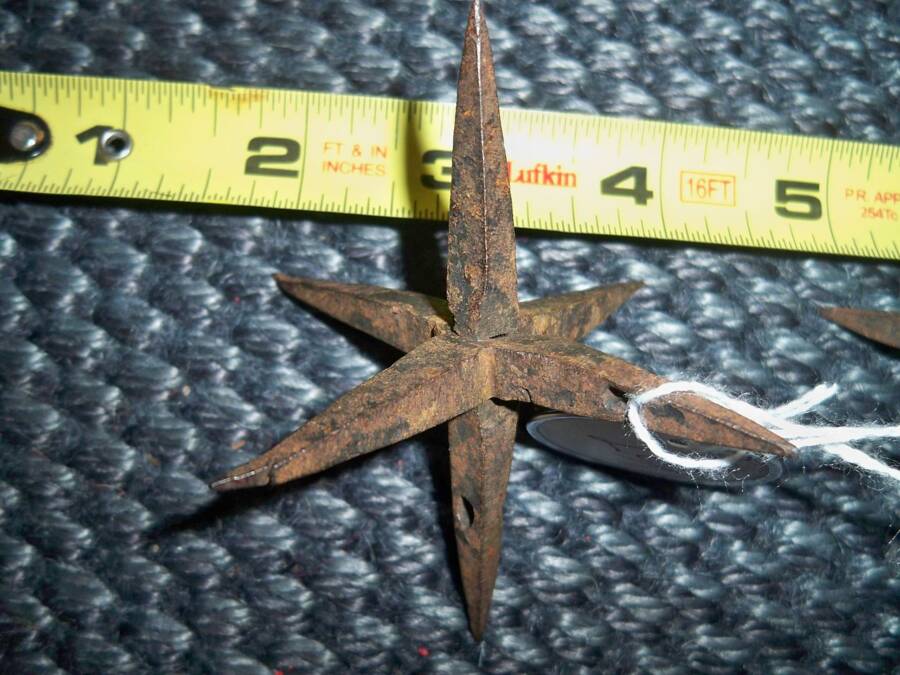 The history of the ninja starts back in the 11th century, when warriors from Iga and Koka gained notoriety for their unconventional battle methods. They were seen as less honorable than samurai, and their covert tactics earned them the title “shinobi” or “those who act in stealth.”

As warlords feuded with each other during the 15th and 16th centuries in a period called the Age of the Warring States, ninjas rose in prominence. Feudal lords employed them as mercenaries. They were often sent to gather information or spread disinformation, as well as fight their lord’s enemies.

But after Toyotomi Hideyoshi triumphed over enemies like the Hojo, he greatly unified feudal leaders across Japan. As such, the use of ninjas as covert warriors began to fall out of fashion.

They were last used — at least officially — in 1637 to squash an uprising of Catholic peasants and disgruntled samurais. Since then, ninjas have largely lived in legend. 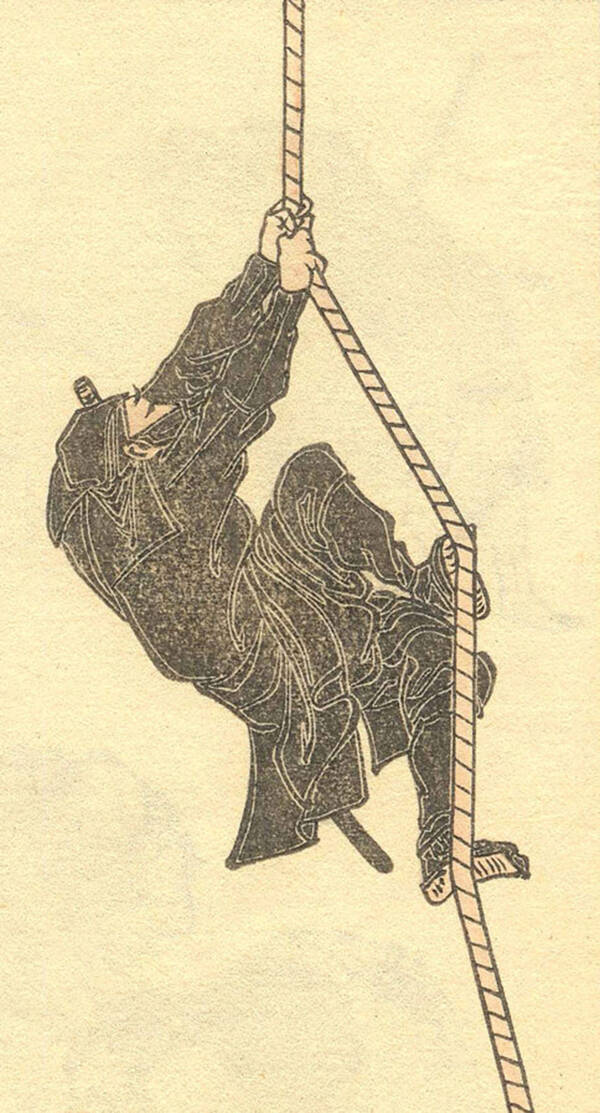 Public DomainA sketch of a ninja from 1817, which helped cement modern ideas about these ancient warriors.

As such, the history of ninjas — just like ninjas themselves — has long operated in the shadows. That makes discoveries like Akihiro Iwata’s especially fascinating. Finds like his shed light on the long, stealthy, and complicated history of ninjas in Japan.

After reading about these possible ninja weapon prototypes, look through these 50 stunning photos of imperial Japan. Or, discover the story of the famous Japanese swordsmith Masamune.