Inside The Disappearance Of Dennis Martin, The Six-Year-Old Who Vanished In The Smoky Mountains

In June 1969, Dennis Lloyd Martin walked off to play a prank on his dad and never returned, sparking the largest search effort in the history of Great Smoky Mountains National Park. 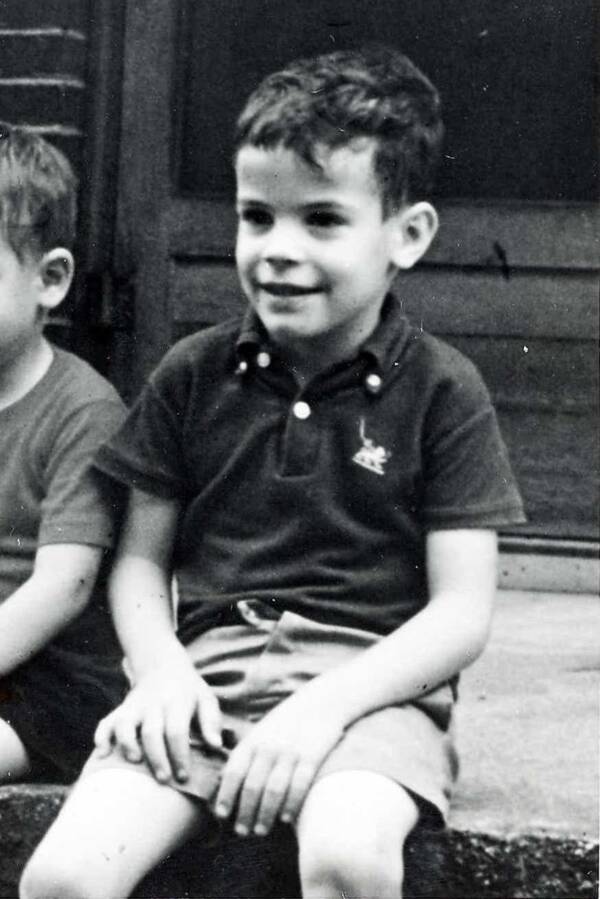 Family Photo/Knoxville News Sentinel ArchiveDennis Martin was just six years old when he vanished without a trace in the Great Smoky Mountains National National Park in 1969.

On June 13, 1969, William Martin brought his two sons, Douglas and Dennis Martin, and his father, Clyde, on a camping trip. It was Father’s Day weekend, and the family planned to hike through the Great Smoky Mountains National Park.

The hike was a family tradition for the Martins, and the first day went smoothly. Six-year-old Dennis managed to keep up with the more experienced hikers. The Martins met up with family friends on the second day and continued to Spence Field, a highland meadow in the western Smokies popular for its views.

As the adults gazed at the scenic mountain laurel, the boys snuck off to pull a prank on the parents. But it did not go as planned.

During the prank, Dennis vanished into the woods. His family never saw him again. And the child’s disappearance would launch the largest search and rescue effort in the park’s history.

Listen above to the History Uncovered podcast, episode 38: The Disappearance of Dennis Martin also available on iTunes and Spotify.

How Dennis Martin Went Missing In The Smoky Mountains

Dennis Martin set off on the hike wearing a red t-shirt. It was the six-year-old’s first overnight camping trip. The youngest in his family, Dennis must have been excited to go on the annual Father’s Day hike in the Smoky Mountains.

But on the second day of the trip, tragedy struck. 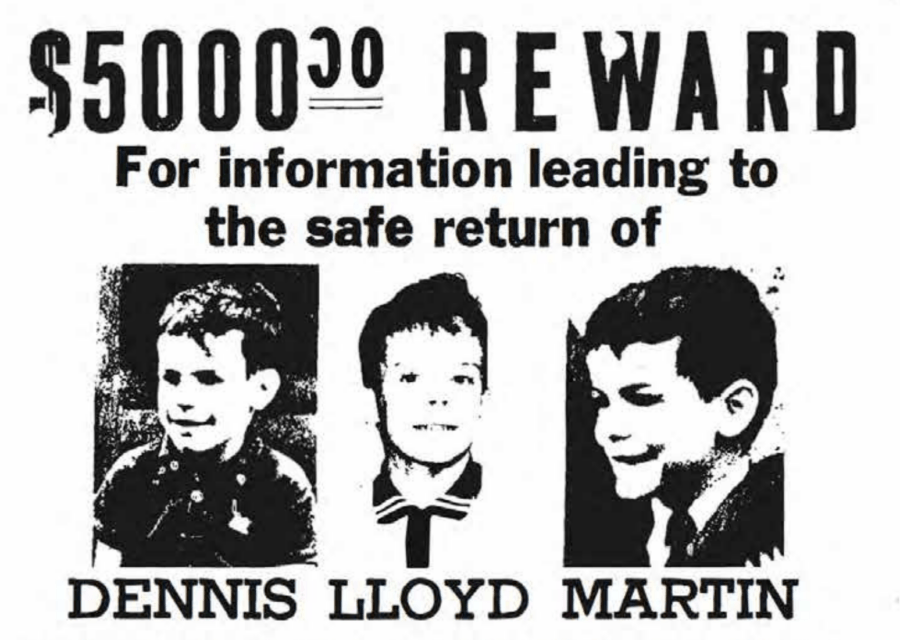 On June 14, 1969, the hikers reached Spence Field. After meeting up with another family, Dennis and his brother split off with two other boys to play together. William Martin watched as the children whispered a plan to sneak up on the adults. The boys melted into the forest – though Dennis’s red shirt stood out against the greenery.

Soon, the older boys jumped out, laughing. But Dennis was no longer with them.

As the minutes ticked by, William knew something was wrong. He began calling for Dennis, confident the boy would respond. But there was no answer.

The adults quickly searched the nearby forest, hiking up and down several trails looking for Dennis. William covered miles of trails, frantically calling for Dennis.

Without radios or any way to communicate with the outside world, the Martins came up with a plan. Clyde, Dennis’s grandfather, hiked nine miles to the Cades Cove ranger station for help.

When night fell, a thunderstorm moved in. In a matter of hours, the storm dropped three inches of rain on the Smoky Mountains, washing out trails and leaving behind no evidence of Dennis Martin, whose footprints would have been swept away by the deluge.

Inside The Largest Search Effort In National Park History

At 5 a.m. on June 15, 1969, the search for Dennis Martin commenced. The National Park Service put together a crew of 30. The search party quickly swelled to 240 people, as volunteers poured in. 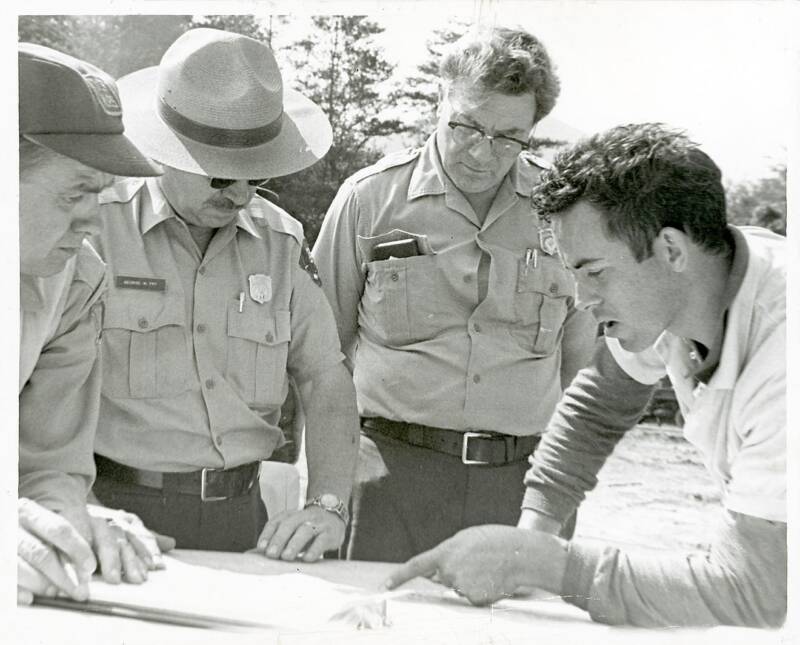 And the search continued day after day, with no sight of Dennis Martin.

Helicopters and planes took to the air to search a growing patch of the national park. On June 20, Dennis’s 7th birthday, nearly 800 people participated in the search. They included members of the Air National Guard, U.S. Coast Guard, and the National Park Service.

The next day, the search efforts peaked at an astonishing 1,400 searchers.

A week into the search, the National Park Service put together a plan for what to do if they recovered Dennis’s body. And yet over 13,000 hours of searching yielded nothing. Unfortunately, the volunteers may have accidentally destroyed clues about what happened to Dennis Martin.

As the days flew past, it became more and more clear that the boy would not be found alive.

What Happened To Dennis Martin?

The search and rescue effort gradually lost steam with no sight of Dennis Martin. The Martin family offered a reward of $5,000 for information. In response, they received a flood of calls from psychics claiming to know what happened to their son. 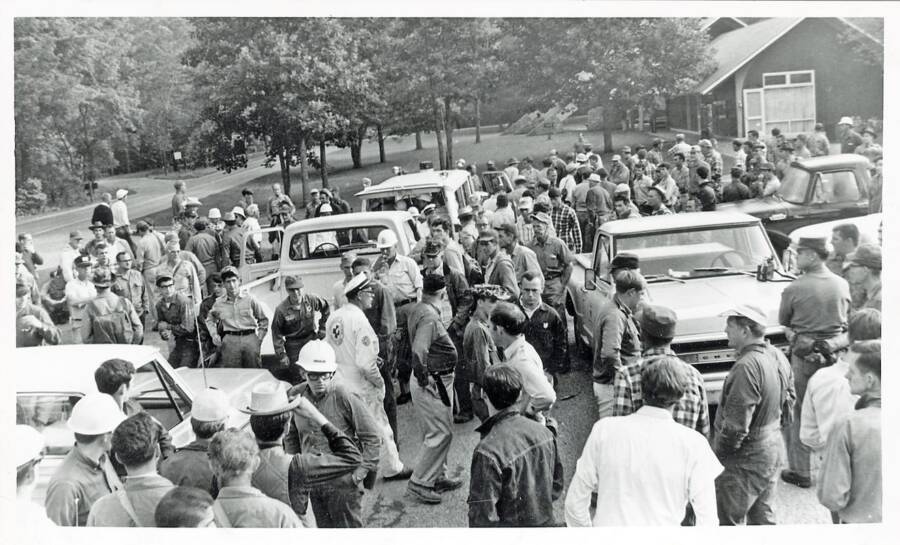 Knoxville News Sentinel ArchiveAlthough search party for Dennis Martin quickly grew to include upwards of 1,400 people, including U.S. Army Green Berets, no trace of him was ever found.

More than half a century later, no one knows what happened to Dennis Martin the day he went missing in the Smoky Mountains. The most plausible theories range from abduction to having died of exposure and eaten by a bear or feral pigs in the park.

But some people believe Dennis Martin was the victim of a more vicious attack by cannibalistic feral humans who are said to live undetected in the national park. And the reason nothing was ever found of his body or clothing was because they were hidden far from view in the safety of their colony.

For their part, Martin’s family believes someone may have kidnapped their son. Harold Key was seven miles from Spence Field the day Dennis Martin went missing. That very afternoon, Key heard a “sickening scream.” Then Key spotted an unkempt stranger hurrying through the woods.

Was the event connected with the disappearance?

The six-year-old may have wandered off and found himself lost in the woods. The terrain, marked with steep ravines, may have hidden Martin’s body. Or wildlife might have attacked the child.

Years after Dennis disappeared, a ginseng hunter found a child’s skeleton about three miles downhill from where Dennis went missing. The man waited to report the skeleton since he’d illegally taken ginseng from the national park.

But in 1985, the ginseng hunter contacted a park service ranger. The ranger put together a group of 30 seasoned rescuers. But they could not find the skeleton.

The mystery of Dennis Martin’s disappearance will likely never be solved, despite the massive effort to find the missing boy.