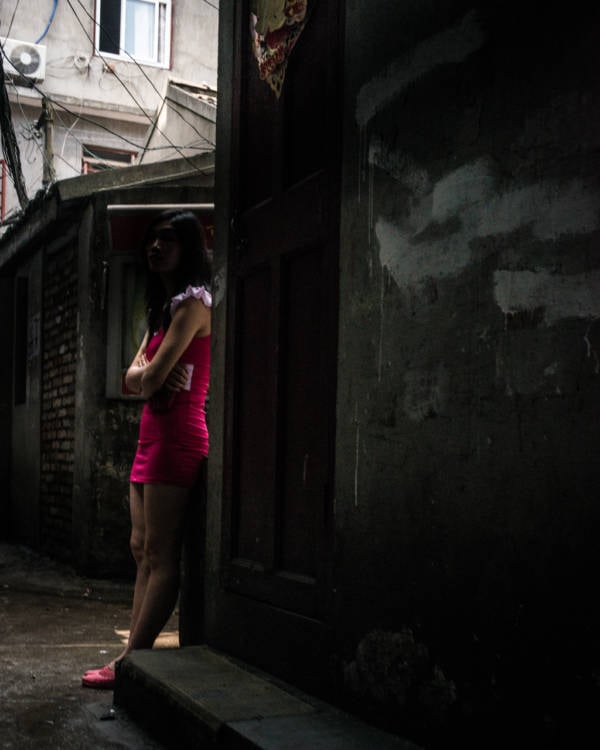 International sex trafficking is a big, despicable business all over the world — including in China and North Korea. According to The Independent, a new investigation has found that North Korean women who have fled poverty, famine, and sexual abuse in their home country have fallen victim to sex trafficking in China.

The London-based rights group Korea Future Initiative (KFI) has published its findings in a disturbing new report. It detailed the systematic patterns of an annual $105 million business where tens of thousands of North Korean women and girls have been trafficked and sold into China’s sex trade.

“Pushed from their homeland by a patriarchal regime that survives through the imposition of tyranny, poverty, and oppression, North Korean women and girls are passed through the hands of traffickers, brokers, and criminal organizations,” the report says, “before being pulled into China’s sex trade, where they are exploited and used by men until their bodies are depleted.”

Lei Han/Flickr/Korea Future InitiativeVictims are prostituted for as little as $4, sold as wives for $146, and trafficked into cybersex dens for online exploitation.

Perhaps most disturbing — besides the blatant banality of evil abuse clearly uncovered — is the orchestrated network put in place to sustain this business. Sex trafficking networks employ “brokers” — a term usually reserved for real estate and finance — to make transactions, like selling small children to strangers to ultimately be raped.

Yoon Hee-soon, lead author of the report and researcher at KFI described a “complex and interconnected network of criminality” in place that generates around $105 million per year from “the sale of female North Korean bodies.”

“The exploitation of North Korean women and girls generates annual profits of at least $105 million for the Chinese underworld,” she writes. Victims are prostituted for as little as 30 Chinese Yuan — $4 in the U.S. — and sold as wives for just 1000 Chinese Yuan, or $146. They’re also trafficked into cybersex dens “for exploitation by a global online audience.”

The girls in question are as young as nine years old, and are physically forced to perform sexual acts with anyone with the right connections and the proper funds. While this occurs behind closed doors in unspecified locations, their sexual assaults are also live-streamed online to paying, international clientele.

“Commonly aged between 12-29 and overwhelmingly female, victims are coerced, sold, or abducted in China or trafficked directly from North Korea,” the report says. “Many are sold more than once and are forced into at least one form of sexual slavery within a year of leaving their homeland.”

Korea Future InitiativeThis multimillion-dollar business is well organized. Some victims are coerced or abducted, others are sold by the police.

The cybersex element is a “small, rudimentary, but expanding component” of the young North Korean victims. The most prevalent aspect of this cruel, for-profit enterprise occurs in rural towns and quiet suburbs across China — where irrevocable acts of inhumanity are perpetrated on a regular basis.

In terms of forced marriage, the report documents just how prevalent the practice has become within the Chinese sex trade. In both rural areas and countless townships, North Korean women have been “bought, raped, exploited, and enslaved” by their new Chinese husbands.

Prostitution has now overtaken forced marriage as the “primary pathway” into China’s sex trade. Unfortunately, some of those forced into marriage have even died under these involuntary new hierarchies they’ve been sold into.

“Prospects for North Korean women and girls trapped in China’s multi-million-dollar sex trade are bleak,” the report says. “Many victims have perished in China, while small rescue organizations and Christian missionaries struggle to perform rescue work.”

“Urgent and immediate action, which will run contrary to the prevailing politics of inter-Korean dialogue, is needed to save the lives of countless female North Korean refugees in China.”

Korea Future InitiativeThe stories are harrowing, with common accounts describing how even the police won’t help victims. Instead, they make sure the abusers get their victims back.

In November 2018, Human Rights Watch published a report of its own that detailed how ubiquitous sexual assault on behalf of North Korean officials has become in the so-called “hermit kingdom.” With no available legal recourse by the regime’s citizens, this abuse has become so common it’s seen as normal.

The organization’s research saw North Korean women sexually abused by government officials, prison guards, police, soldiers, and interrogators on a regular basis. With a patriarchal foundation and decades-long dictatorship, women are left with no viable strategies to counter this system.

Tragically, many of them internalize the abuse they receive as personal shame. With no ability to garner justice or accountability by their oppressors, they simply decide not to speak out.

“They consider us (sex) toys. We are at the mercy of men,” said Oh Jung-hee, a former trader in her 40s. “It happens so often nobody thinks it is a big deal. We don’t even realize when we are upset. But we are human, and we feel it. So sometimes, out of nowhere, you cry at night and don’t know why.”

Lei Han/Flickr/Korea Future InitiativeThese sex slaves are commonly aged between 12 and 29 years old. Some are even as young as nine.

In addition to the KFI report’s unnerving discoveries, it argues that these findings have essentially been sitting there all along — and sweepingly ignored by an international community for years.

The paper explains that if a small, non-government funded organization like KFI, which receives no grants from human rights institutions, can investigate atrocities like this, so can more established and better-funded entities.

To stop these sex trafficking rings, KFI recommends the entire international community to step up and help North Korean refugees, as well as push for human rights in North Korea.

After learning about newly uncovered sex trafficking abuses between North Korea and China, take a look at life inside North Korea in 55 rare photographs. Next, check out these 21 North Korean propaganda posters depicting Americans.