Since 2012, the Waorani tribe had been under threat of having their territory opened up for oil drilling by the Ecuadorian government. 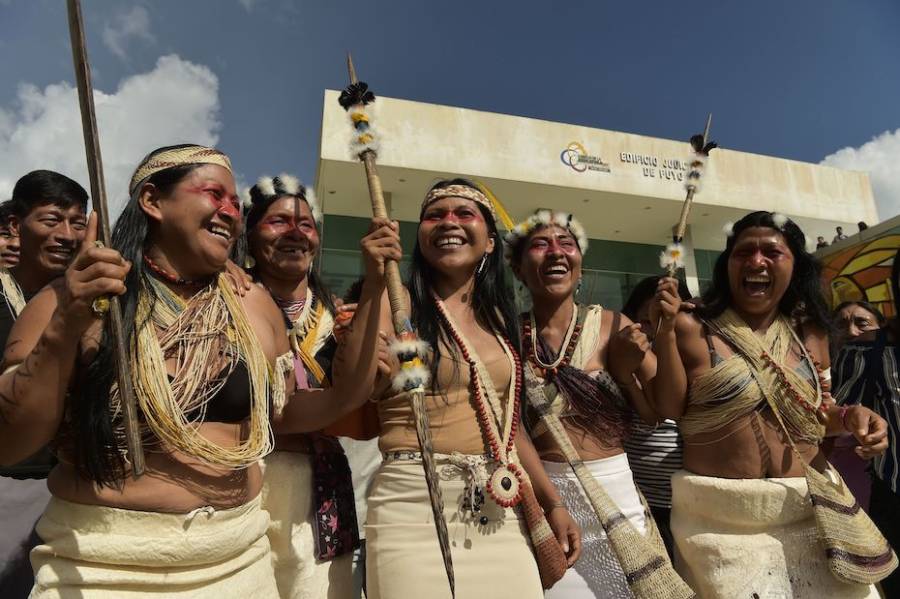 Rodrigo Buendia/AFP/Getty ImagesWaorani Leader Nemonte Nemquimo (center) celebrates with other tribe members after a court ruled in their favor against the government selling off their ancestral land.

Hundreds of Ecuador’s indigenous Waorani people marched joyously and victoriously through the streets of Puyo after a new court ruling held that the Ecuadorian government could not auction off the peoples’ land for oil exploration without their consent.

According to The New Yorker, the momentous decision set a remarkable precedent to possibly establish the same land rights for other indigenous Amazonian tribes.

“The court recognized that the government violated our right to live free, and make our own decisions about our territory and self-determination,” Waorani Spokesperson and Leader Nemonte Nenquimo wrote to The New Yorker about the groundbreaking court decision.

“Our territory is our decision, and now, since we are owners, we are not going to let oil enter and destroy our natural surroundings and kill our culture.”

The Waorani are an indigenous tribe that inhabits one of the remote areas of the Ecuadorian Amazon. But since 2012, the tribe has come under threat of having their territory opened up for oil drilling following the federal government’s action to lease off parts of the Amazon — including Waorani ancestral lands.

Of course, such an action would mean that the Waorani’s natural resources would be exposed to pollution and other environmental hazards.

With the support of Ecuador’s Ombudsman, or public authority, the tribe filed a lawsuit against the government on the grounds that the Ministry of Energy and Non-renewable Resources had not properly consulted the Waorani tribe before their lands were opened up to an international auction.

Unfortunately, there are no stringent laws to prevent energy projects on Amazonian land in Ecuador. In fact, the government is actually constitutionally allowed to establish energy projects wherever they like, so long as the communities that live on said land are consulted first.

Nenquimo said that ministry officials did make one such visit to their village back in 2012 to gain consent to include the Waorani lands into the international oil auction, but Nenquimo and her family were off on a hunting trip at the time and consequently, never met with any government officials.

Amazon Frontlines Founder Mitch Anderson, who works with the Waorani and other indigenous groups on sovereignty and environmental issues, said that the consultations were treated like a box to be checked off instead of as a serious discussion about a community’s wellbeing.

Because of this failure on behalf of the government, the Waorani earned their momentous victory.

But the case nonetheless took off on a rocky start. The first hearing in February was set up in Puyo, a city located far away from the remote Waorani villages. Tribal members were forced to journey by canoe, small plane, and other meager means of transportation to reach the city. There was also no court-certified translator present during the hearing.

As a form of protest, the Waorani representatives, many of whom had shown up dressed in authentic Waorani garb, began to sing in chorus about their roles as protectors of the forest. They continued until they were able to drown out the judge and lawyers. In the end, the rushed hearing was suspended and rescheduled for another month. 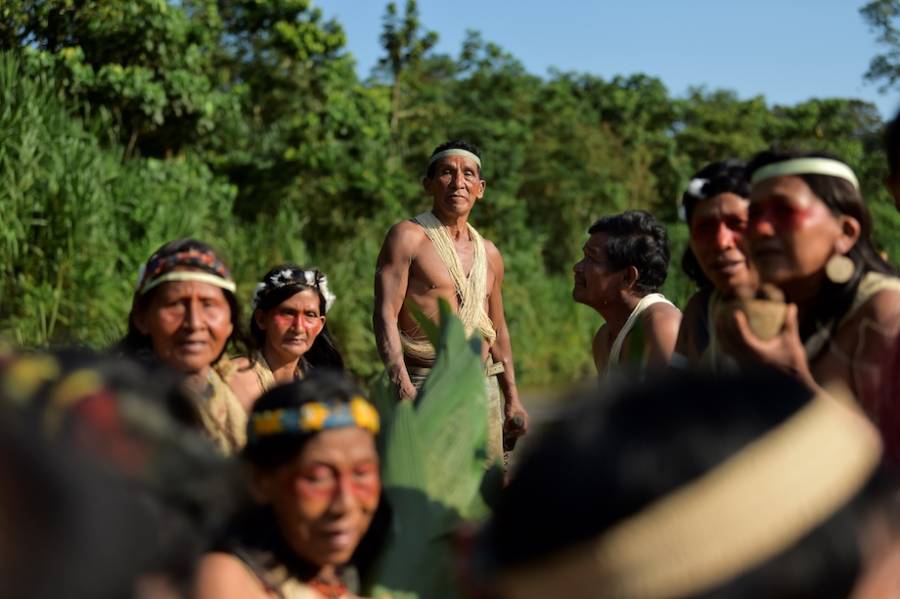 Finally, on April 26, a three-judge panel ruled in the Waorani’s favor. The court found that the process which had occurred over the auctioning of the Waorani’s territory did not afford the people free, prior, and informed consent.

Therefore, the judges ruled, the Waorani’s territory could not be included in an oil auction. The decision reaffirms the tribe’s rights over seven million acres of indigenous territory which covers 16 oil blocks that the government had originally planned to auction off for oil exploration.

The court decision ignited celebrations among Waorani members present during the ruling.

“The fact that the Waorani have a chance in court to be able to plead their case is in itself a very important step,” said Amazon Frontlines campaign lawyer Bryan Parker. He added that a court victory would provide an “invaluable precedent” for other indigenous Amazonian tribes.

The fight to protect indigenous lands has become a big topic among environmentalists. These fights are an important endeavor to take on to protect both unique cultures and natural environments. Yet, this fight is also an increasingly dangerous one.

A 2016 report by Michel Forst, the UN’s special rapporteur on human rights defenders, confirmed that there has been a global increase in attacks on environmental groups. The report, which examined data from the previous year, showed that more than three environmental advocates were killed every week over conflicts about mining, logging, and damming.

Meanwhile, the Waorani’s fight for its sovereignty is not yet over. The Ecuadorian government will likely appeal the decision so that it may continue to forge ahead with its oil expansions in the Amazon rainforest.

Next, take a look at these 100-year-old photos of the dark side of Antarctic exploration. Then, read the story of Dr. Eugene Saenger, who used Black people as guinea pigs for radiation experiments — and the government paid for it.