By outing the Naples Mafia with his 2006 book, Gomorrah, Roberto Saviano put his life on the line. He's been under police protection ever since. 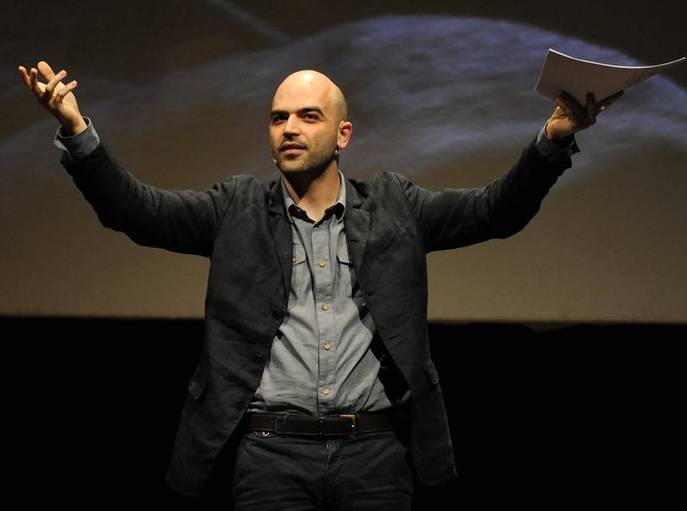 Wikimedia CommonsRoberto Saviano speaking at the International Journalism Festival in Perugia, Italy, in 2011.

Roberto Saviano is living proof that journalism is often one of the least appreciated yet most dangerous professions. The Italian journalist rose to fame in 2006 when, at just 26 years old, he published his book Gomorrah, which exposed the crimes of the notorious Camorra criminal organization based in Naples, Italy.

When the book became a mega-bestseller and trigger-happy Neapolitan crime bosses threatened Saviano’s life, he went into police protection. Roberto Saviano has been a wanted man ever since, persecuted and threatened not just by Italian gangsters but major politicians as well. Still, despite threats to his safety, he has continued to speak out against organized crime and other modern-day ills.

Roberto Saviano: Writer On The Rise 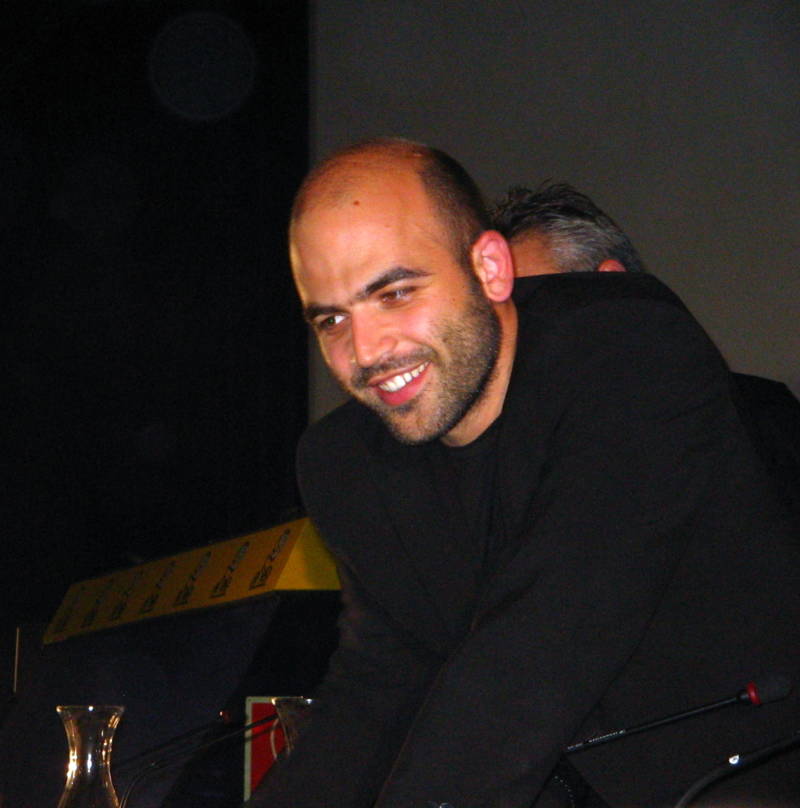 Born in Naples in 1979, Roberto Saviano grew up in an environment ruled by violent Neapolitan gangs — a Mafia-esque organization called the Camorra. The Casalesi clan ruled over Casal di Principe, the Naples suburb where he grew up, dumping toxic waste, drug trafficking, and smuggling weapons and people.

Saviano saw his first murdered body when he was 13 years old, on his way to school. Not long after that, his father, a doctor taught him how to shoot a gun.

Gangsters once even beat up Saviano’s father for treating a dying Mafia victim.

But the Camorra made the biggest mark on young Saviano with the gruesome murder of Giuseppe “Peppino” Diana, a beloved local priest. Diana criticized the Camorra in many of his church sermons, calling them “a form of terrorism.”

“Extortion that has left our region with no potential for development; kickbacks of 20 per cent on construction projects; illegal drug trafficking, which has created gangs of marginalised youth and unskilled workers at the beck and call of criminal organizations,” he preached.

In 1994, gangsters shot Diana dead in church, as he was preparing for Sunday mass.

To make matters worse, they went on to slander the holy man in the press, claiming Diana was killed because he was a philanderer.

This was a turning point in Saviano’s life. As he recalled in an interview with GQ, “It changed me for good.”

After graduating from college, Saviano began to work with a photographer who snapped pictures at Camorra weddings. He soon found himself getting closer and closer to the lives of the Mafiosi and started infiltrating their organizations. 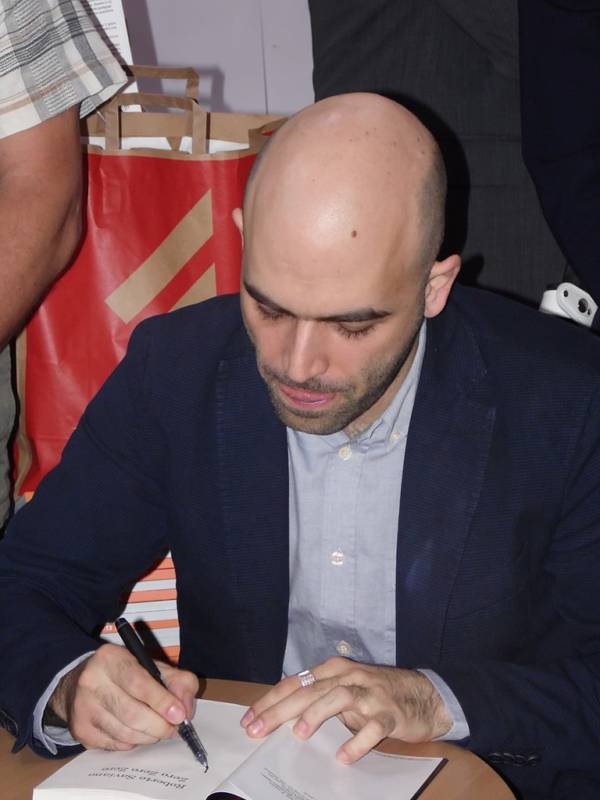 Wikimedia CommonsSaviano signing a book for a fan in 2013.

To Saviano’s shock, he discovered that the Camorra not only ran Naples, but derived millions through smuggling, trafficking, drug rackets, and other illicit acts. Indeed, the crime empire’s lethal tentacles seemed to stretch out to every corner of the world.

Roberto Saviano wrote about his findings and interactions with camorristas — members of the Camorra — in magazines and newspapers. He continuously defied the mobsters’ deadly authority, going as far as to urinate in one mobster’s tub — and he wrote about it.

Eventually, in 2006, Saviano’s articles evolved into Gomorrah, his detailed investigative book about the Camorra’s dirty secrets. The book landed Saviano on the bestseller list, selling more than 10 million copies worldwide, including 2.25 million in Italy alone.

It also landed him on the Mafia’s hit list.

“Not long after the book came out in 2006, someone left a leaflet in my mother’s postbox,” Saviano wrote in The Guardian in 2015. It showed a photograph of me, with a pistol to my head, and the word ‘Condemned.'”

In October 2006, soon after he named the names of local Camorra at a gala in his hometown, two police officers met Saviano at a train station and put him in an armored car.

“I asked ‘how long would it be?’ and they said a fortnight,” Saviano said. He’s been under police protection ever since.

In 2008, he told The Guardian, “If I had sold 10,000, they wouldn’t have cared. But it’s not like Iran or Afghanistan. The Camorra doesn’t try to stop you writing or speaking. But they do worry about large numbers of others hearing or reading you.” 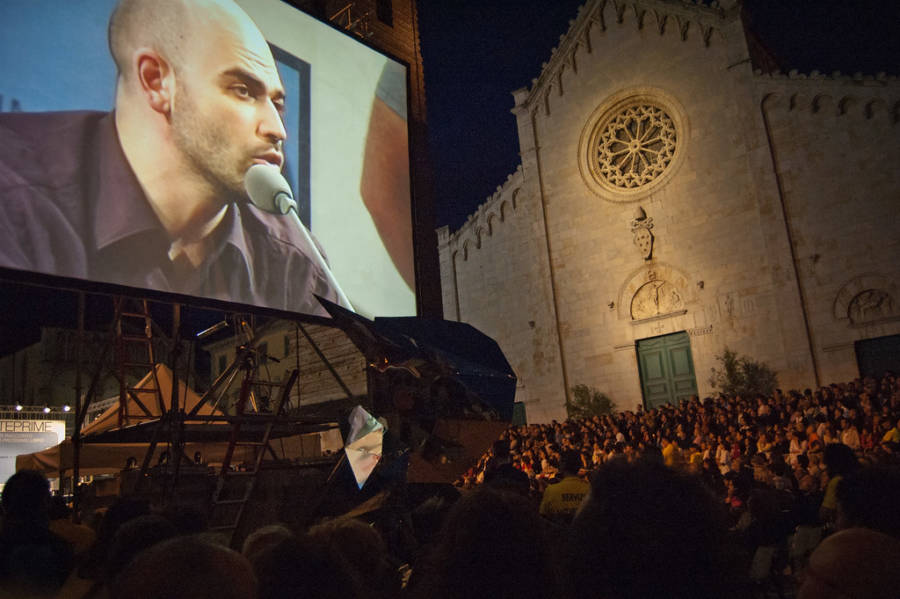 The young Saviano had to leave his home, family, and friends behind. His mother, father, and brother all had to assume new identities and move homes.

In his 2015 Guardian essay, Saviano noted, “For the last eight years, I have travelled everywhere with seven trained bodyguards in two bullet-proof cars. I live in police barracks or anonymous hotel rooms, and rarely spend more than a few nights in the same place….Doing anything spontaneous, just because I feel like it, would be ridiculously complicated.”

In 2011, after five years of being shuttled around by Italian police, Saviano moved to New York City, where he hoped to live a life even slightly closer to normal. Italian authorities made him a special map that marked stores and restaurants owned by Italian immigrants thought to have connections to the mob.

Indeed, his life was still under so much threat that even when he was taught classes at New York University — 4,400 miles away from Naples — he asked his students to keep his presence there a complete secret.

At the same time, however, Saviano has witnessed his fame skyrocket. Most notably, his book was made into a film in 2008, which won the Grand Prix at Cannes. The film spawned a television show in 2014, which still airs in Italy, the U.K., and the U.S.

Saviano himself has hosted multiple Italian television specials on organized crime, including 2010’s Vieni via con me (Come Away With Me) and, most recently, 2017’s Kings of Crime. In 2013, he published his second investigative book ZeroZeroZero, a study of the global cocaine trade. 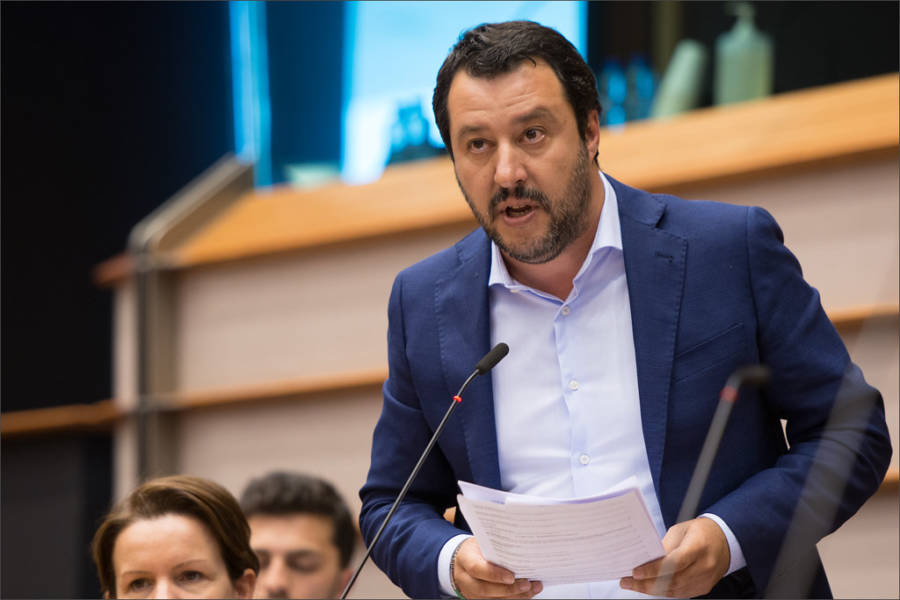 Roberto Saviano sees his high visibility as an asset, not a liability. He says his audience protect him “almost more than my armed escort.”

“That I have an audience guarantees my freedom, in spite of all the restrictions,” said Saviano. “All in all, mine is a privileged existence. My very public profile exposes me to vicious criticism, but it also protects me.”

Being unable to remove him directly, the Camorra has instead intensified their efforts to discredit Saviano as a writer. As he told PBS’s Frontline: “In the second phase [of vengeance], they discredit you. They basically say I’m a false person, a liar, a plagiarizer.”

In fact, Saviano was accused of plagiarizing parts of his 2013 book ZeroZeroZero, a study of the global cocaine trade.

A year later, Saviano announced that the case would be going to trial. He could face up to six years in prison.

Despite all these negative developments, Saviano plans to continue writing and speaking out for freedom of the press, freedom of immigration, and other rights. But will the embattled journalist survive and ever see real freedom again?

For Roberto Saviano, only time will tell.

Solidarity is light; it is survival. It's not a gesture to be taken for granted, nor a formal gesture. Shining a light on those who are threatened because of their writing means performing an act of life: because this is often saving their lives. #WorldPressFreedomDay @englishpen

Enjoyed reading about Roberto Saviano’s heroic battle against organized crime? Check out these harrowing photographs of the Sicilian Mafia’s brutal effects on its community. Then, find out why Giovanni Brusca is considered the Mafia’s most terrifying killer.