This “Human Cheese” Is Made From Celebrity Armpit Bacteria

The museum hopes that the potentially smelly exhibit will re-examine society's disgust toward bacteria. 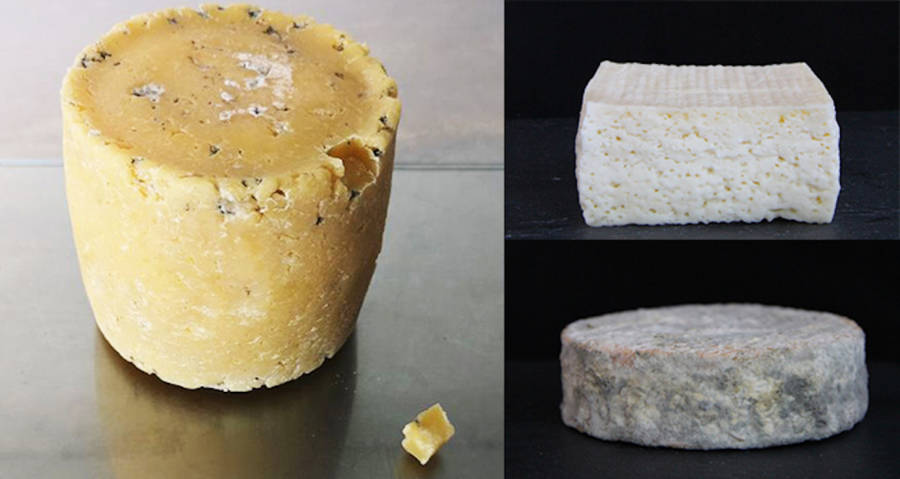 Dezeen/SelfmadeBacteria from the armpits, belly buttons, and faces of celebrities were collected to make these cheese blocks.

We have a complicated relationship with cheese. We love to put it on everything — chips, chicken, eggs, and even (gasp!) tea — yet we often cannot stomach the unusual process that goes into its creation. Per Smithsonian Magazine, it is this apprehension toward the microbial cultures in cheese that is explored in a new “human cheese” exhibit in London.

In the exhibit, bacteria samples from five British celebrities have been collected and made into various types of cheese.

The cheesy display is part of a larger exhibit called Food: Bigger Than the Plate that is being held at London’s Victoria & Albert Museum. The museum’s goal is to reframe the conversation around microbes which has usually been dominated by narratives that suggest they do no good for humans.

In fact, recent studies about microbes have found that these tiny organisms are actually essential to our existence — even our wellbeing.

“[Microbes] interact with each other, performing different roles, helping to form us, feed us, and protect us. It is now thought that the composition of our microbiome may even affect our mood, weight, intelligence, and personality,” the museum’s blog explains.

“And as scientists develop new techniques for studying microbes, the popular assumption that they are only a source of harm or embarrassment (unwanted smells) is giving way to a much more complex understanding of the extraordinary things they do for us.”

How Does One Make “Human Cheese”? 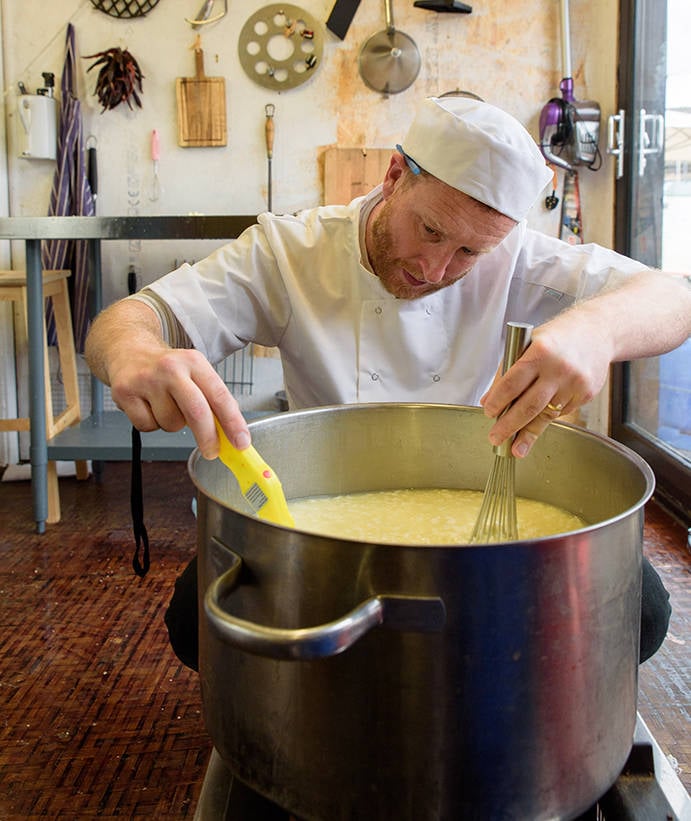 The process to make the celebrity cheeses, though slightly off-putting, is simple. Scientists and cheesemakers collect bacteria from the celebrities’ bodily crannies, like armpits, ears, noses, and bellybuttons. Then, the bacteria is grown in petri dishes until suitable strains can be harvested and added to milk to make cheese.

“It’s not gross, it’s art,” wrote Great British Baking Show runner-up Ruby Tandoh, who submitted a swab of bacteria from her face to be cultivated into Stilton cheese.

Indeed, the project, aptly titled “Selfmade,” is the hybrid brainchild of synthetic biologist Christina Agapakis and artist Sissel Tolaas. The two joined forces with support from the University of Edinburgh and Stanford University to combine art, engineering, and biotechnology.

Interestingly enough, the previous project found that the cheese made from human bacteria did not smell like the person that it came from. So cheese made from, say, British rapper Professor Green — who hates cheese but provided his microbes for a chunk of mozzarella — will unlikely smell like him.

Musician Professor Green, who admittedly hates cheese, gave a sample of his armpit bacteria for the project.

This is not the first time the duo has collaborated on a cheesy project. In 2013, they had made 11 types of human cheese, one of which was made from the belly button bacteria of journalist and activist Michael Pollan.

“People have a mixture of repulsion and attraction to cheese,” Agapakis told The Verge in 2013, adding that “this gives us a chance to have a really interesting conversation about bacteria and odors, and why they might gross people out.”

Unfortunately, it hasn’t yet been determined whether the Selfmade cheese wheels are safe for human consumption. So exhibit visitors won’t get to munch on these celebrity cheeses. Sorry, fans.

After reading about the human cheese exhibit made from celebrity bacteria, read about casu marzu cheese, the most dangerous cheese in the world. Then, find out how poop transplants could be the next big thing in modern medicine.