New Study: Why Poop Transplants Might Be The Most Exciting Recent Development In Medicine

The poop transplant procedure could be taking on new applications in the wake of a new study. Here's why this research is so important. 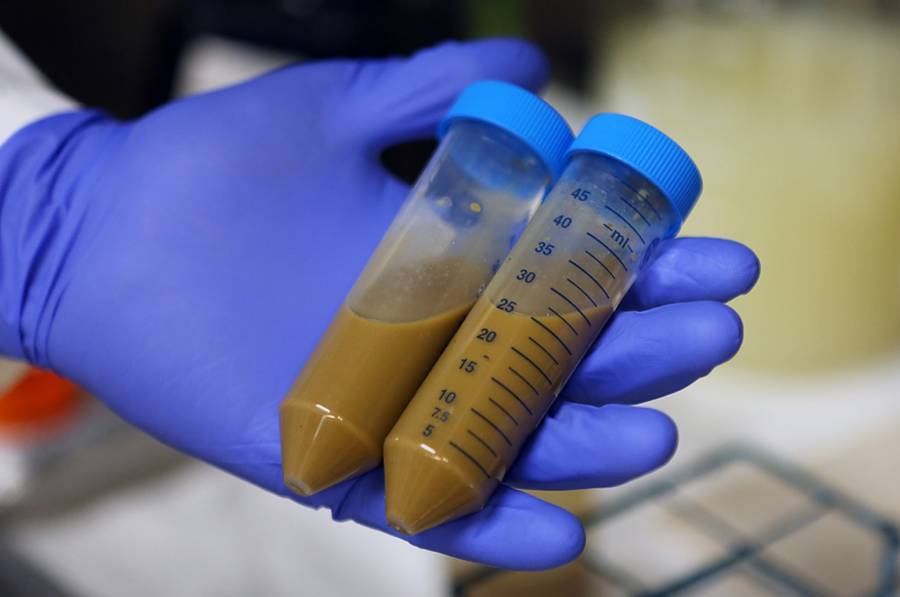 Can a poop transplant save your life? A new study says yes.

The study — conducted by the European Molecular Biology Laboratory (EMBL) and published in Science — suggests that the transplant, or when doctors take microbes from the fecal matter of a healthy donor and insert them into the body of the recipient patient, may have some vital new uses, including treatment for metabolic syndrome (more on that below).

What do they transplant?

Bacteria. You may ask why anyone would actually want to have bacteria put inside them. After all, bacteria is what causes leprosy, cholera, tuberculosis, and the bubonic plague; it’s what we demand our soaps remove from our hands.

But what you may also know is that the vast majority of bacteria are not only innocuous, but actually essential to the human body. In fact, your microbiota — all the bacteria living and working on and in your body right now — numbers at about 100 trillion and weighs about two pounds.

Most of that bacteria lives in your intestines, where it helps to break down food, synthesize nutrients, and stave off infection. So when a patient’s intestinal microbiota is out of balance, that’s a problem…

Why Do They Transplant It?

If healthy intestinal bacteria are killed off or suppressed (often because of prolonged antibiotics treatments for any other condition), harmful bacteria can move in. One such bacteria is Clostridium difficile, which attacks the intestinal lining, causing fever, pain, diarrhea, and more. It affects over 300,000 Americans each year and kills tens of thousands.

A poop transplant is a low-cost, low-risk, highly effective treatment for this kind of infection, as well as for ulcerative colitis and other gastrointestinal disorders. And now, researchers are even testing whether or not a poop transplant can be used to treat conditions like multiple sclerosis, diabetes, obesity, and Parkinson’s disease.

How Do They Transplant It?

Even if a poop transplant can treat pervasive, devastating conditions like MS and Parkinson’s, it’s easy to be a little repulsed by the thought of it. That may be part of the reason why it faced major adversity before finally getting FDA approval in 2013, or why most insurance companies still don’t cover it.

But the reality of exactly how a poop transplant is carried out isn’t quite as bad as you might think.

First, a donor with intestines free of pathogens is selected. Then, doctors collect the donor’s sample and either freeze it or use it fresh within a few hours.

How they use it — after they’ve strained it and mixed it (sometimes in an electric blender) with a saline or water solution — can vary quite a bit. It can be administered into the rectum via an enema or a colonoscopy.

But things get more queasy when you realize that a poop transplant can also be administered using a plastic tube inserted through the nose and down into the stomach or even via a pill to be taken orally.

That pill recently went into production at OpenBiome, an MIT-affiliated facility that is the first public stool bank in the United States and a leading advocate for fecal transplant procedures.

Joining OpenBiome is The Fecal Transplant Foundation, an Indiana-based advocacy group whose website proudly proclaims: “In all documentation, dating back to 4th century China, there has never been a single, serious side effect reported from fecal transplant.”

Indeed, as the poop transplant procedure continues to prove safe and effective, its use is becoming more widely accepted and studied.

The new research from the EMBL may be the most groundbreaking and door-opening yet. The team involved determined that a new level of compatibility between donor and patient is needed (based on examining the specific strains of the bacteria involved), and that that new level of compatibility could expand the applications of the poop transplant as a treatment for conditions like metabolic syndrome and beyond.