The 15 Best Summer Olympics Photos From The Past And Present

These amazing Summer Olympics photos from throughout history show the world united in admiration of the possibilities of the human form.

The Summer Olympics will soon come to Rio de Janeiro, Brazil. In just under 100 days, the city will carry the torch of the modern Summer Olympics, which date back to Athens, Greece in 1896. Then, about 240 athletes (all male) from 14 nations competed in 43 events — ranging from swimming to cycling, wrestling to fencing, and gymnastics to track and field.

This summer, when Brazil will become the first South American country to host the Summer Olympics, there will be 136 women’s events, 161 men’s events, and nine mixed medal events.

In anticipation of that and in celebration of how far the games have come, take a look at some of the most dramatic, awe-inspiring, and inspirational photos of Summer Olympics past: 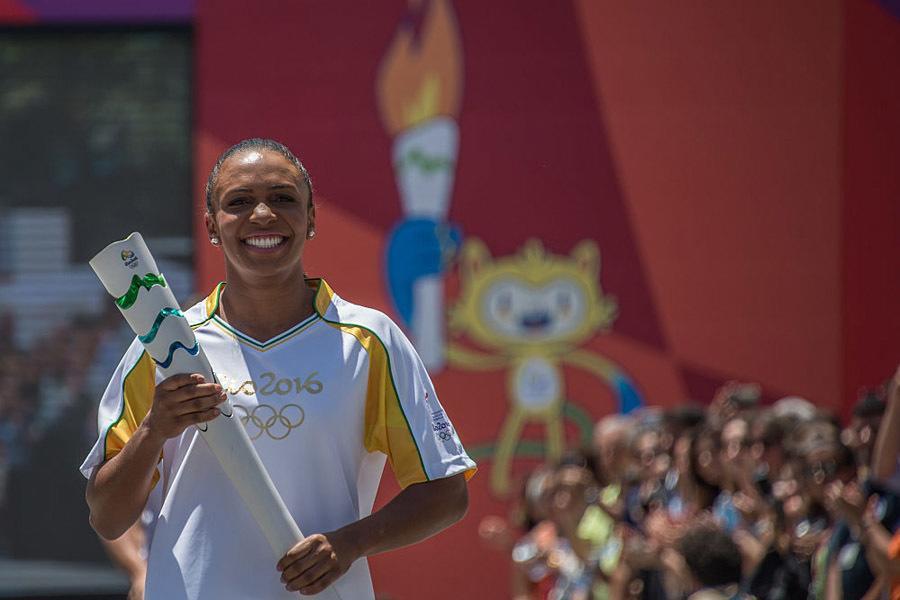 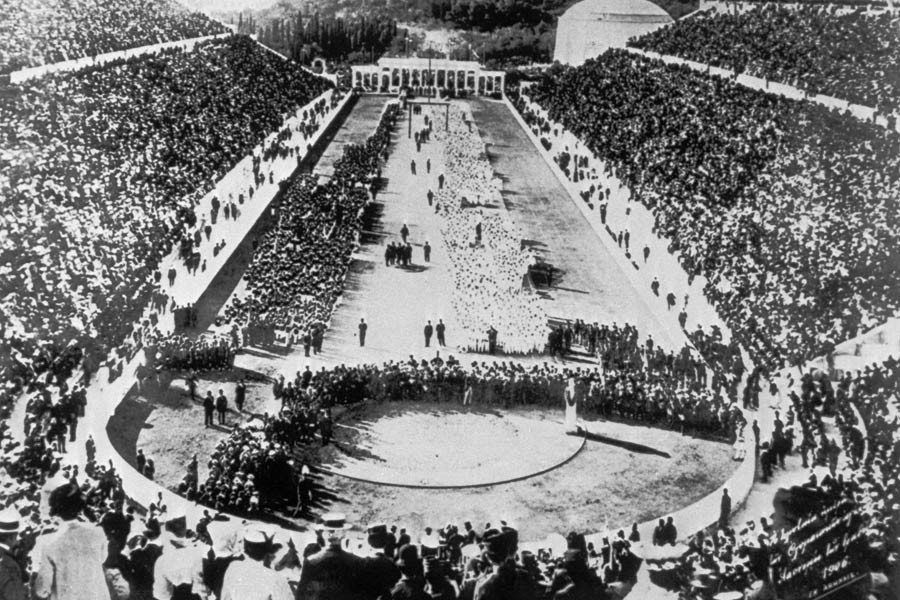 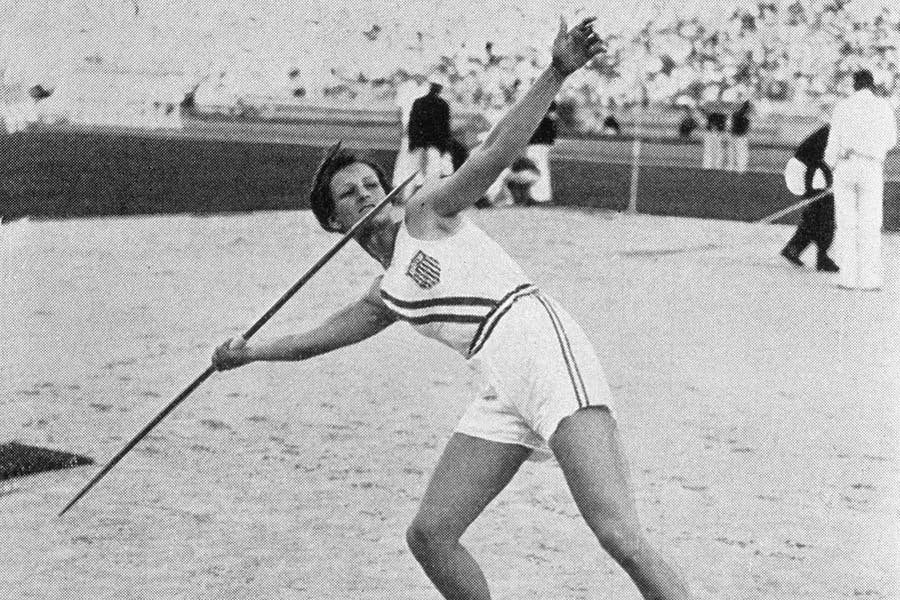 One of the greatest athletes of all time, Mildred ‘Babe’ Didrikson wins the gold medal for javelin during the 1932 Olympic Games. She would also go on to win gold in the 80-meter hurdles as well as a silver medal in the high jump. Photo: Getty Images 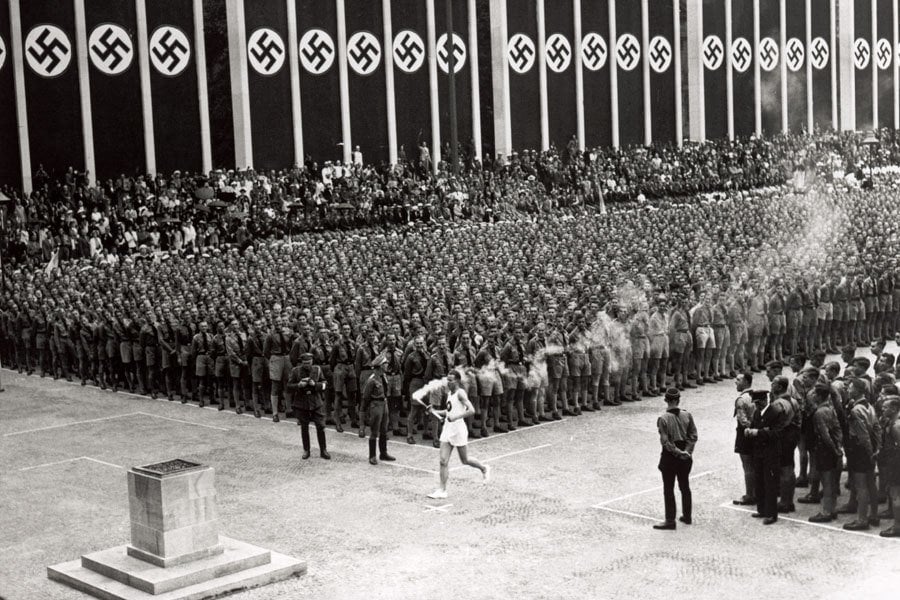 On August 1, 1936, the Olympic torch is carried into the Olympic stadium in Berlin, Germany to start the XI Olympic Games. At these games, Adolf Hitler and the Nazi Party hoped to show the athletic dominance of the Aryan race. Photo: Getty Images 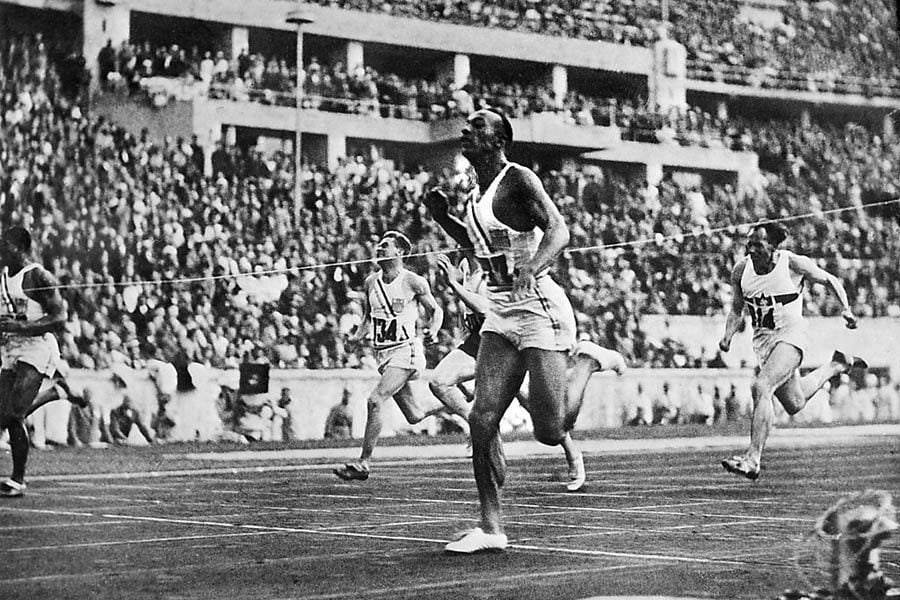 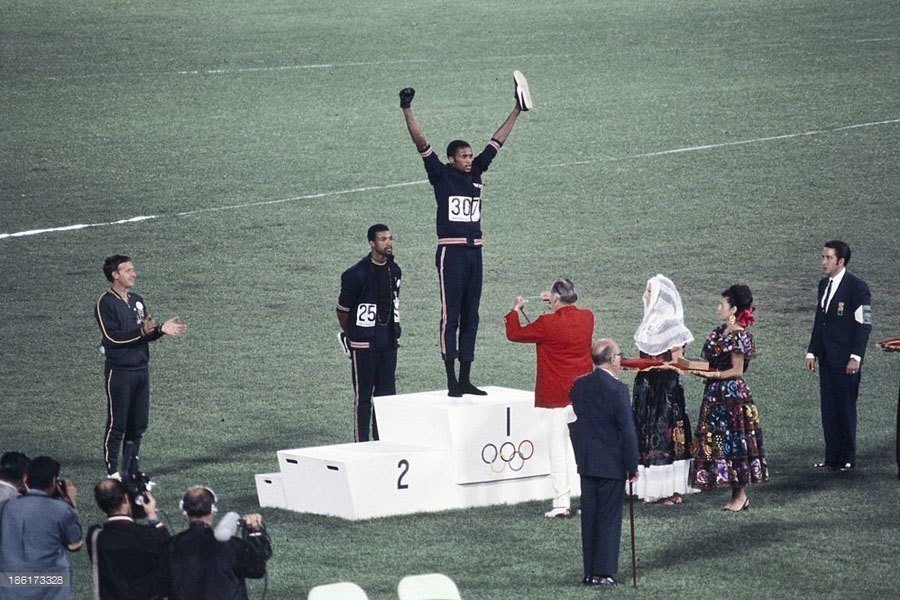 Athletes would go on to use the games as a platform to raise other issues of race. Above, at the 1968 games in Mexico City, gold medalist Tommie Smith and bronze medalist John Carlos took to the podium without their shoes, and during the national anthem bowed their heads and raised a gloved fist to the sky in a salute of black power. Photo: Angelo Cozzi/Wikimedia Commons 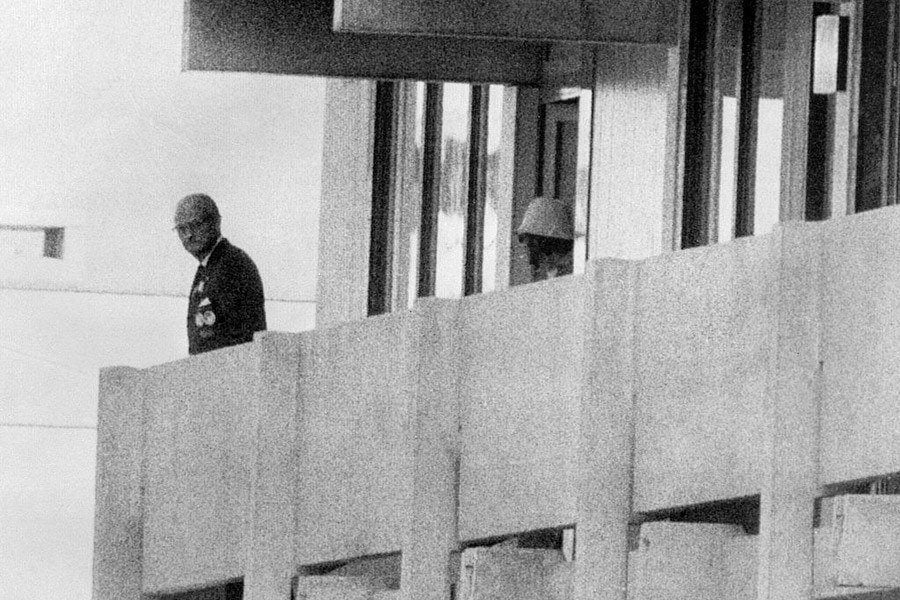 At the 1972 games in Munich, Germany, Palestinian guerrilla members raided the Olympic Village where 10,000 athletes were staying. The guerrillas, supported by German Neo-Nazis, would assassinate 11 Israeli hostages in the greatest tragedy in Olympic history. Photo: Getty Images 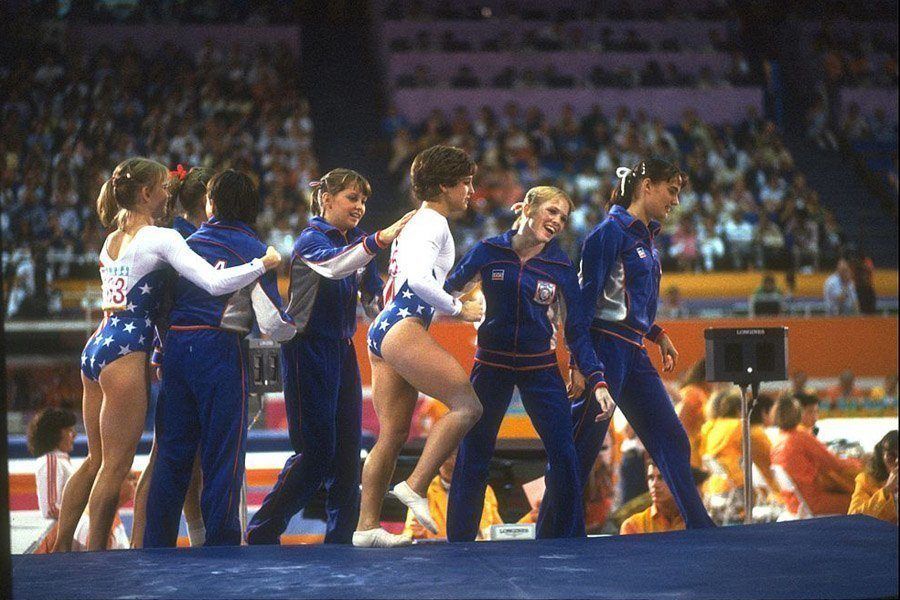 Mary Lou Retton became America’s Sweetheart after winning five medals — including gold in the all-around competition — in the 1984 Olympic Games in Los Angeles. Retton was the first American to win the all-around gold medal in gymnastics. Photo: Steve Powell/Getty Images 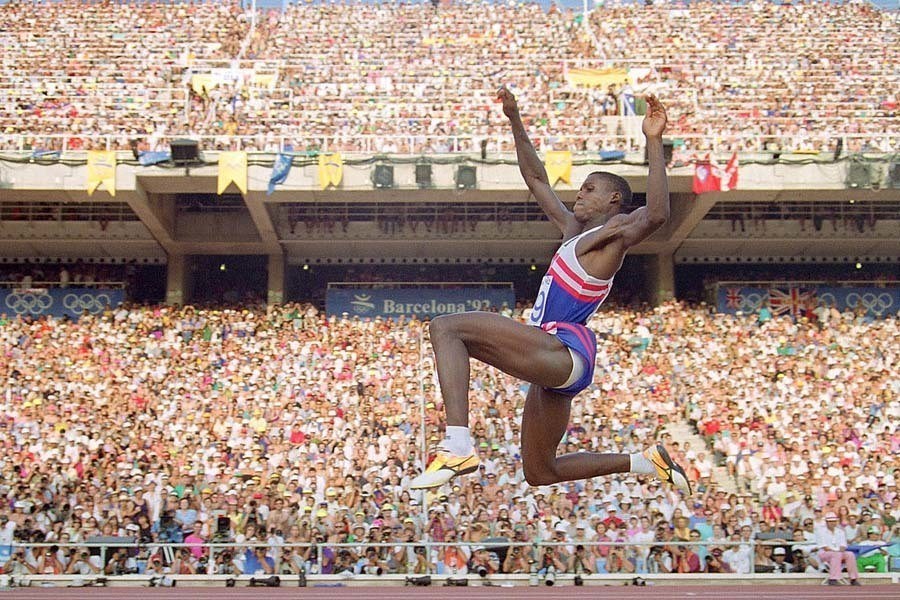 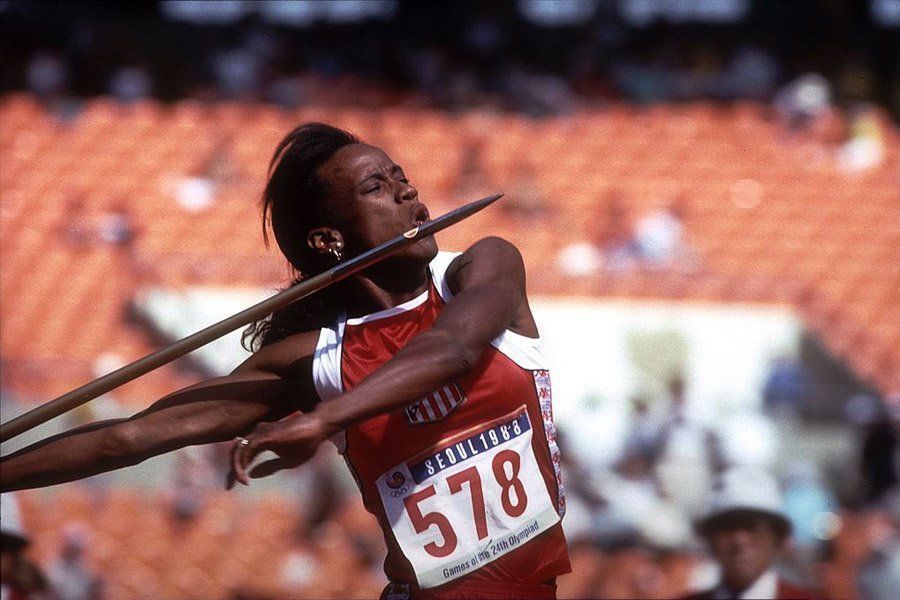 Jackie Joyner-Kersey throws a javelin at the 1988 Summer Olympics in Seoul, South Korea. Joyner-Kersee won gold in the heptathlon, setting the world record in the process with a score of 7,291 points. Photo: Tony Duffy/Getty Images 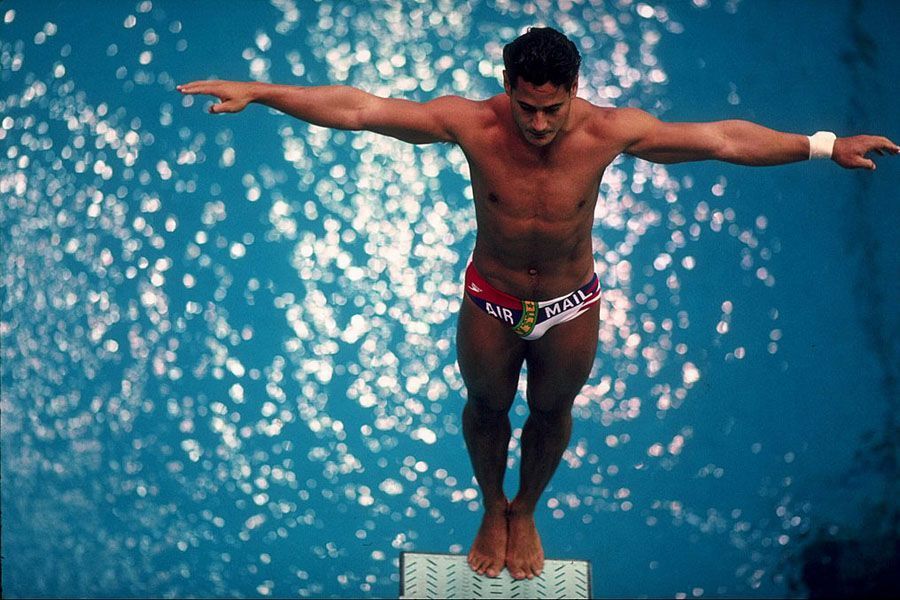 Highly favored to win gold at the 1988 games in Seoul, Greg Louganis hit his head during a preliminary dive — leading to a concussion as well as the need for sutures. Louganis would complete the dive successfully around half an hour later, and would continue on to win the gold.

Louganis would later face controversy when it was reported he had been diagnosed with HIV six months before the Seoul Olympics; something he had not disclosed to fellow competitors. In reality, he posed very litte risk of transferring his disease, as chlorine kills HIV. Photo: Pascal Rondeau/Getty Images 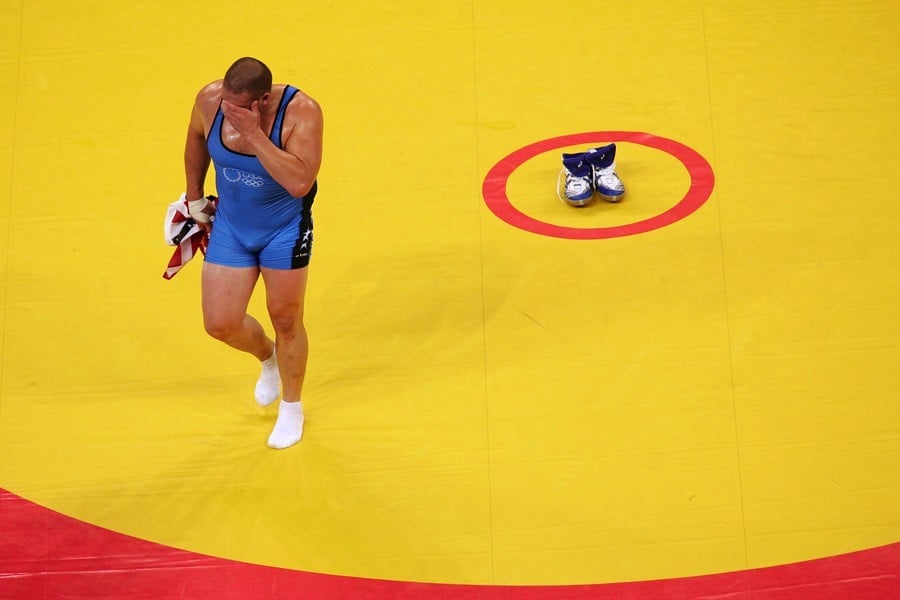 Rulon Gardner gained Olympic fame in 2000 when he defeated Russian star Aleksandr Karelin for the gold medal in Greco-Roman Wrestling. At the time, Karelin had not lost an international match in 13 years.

At the 2004 Olympic Games in Athens, Greece, Gardner removed his shoes and left them in the middle of the mat, signaling his retirement after winning the bronze medal. Photo: Adam Pretty/Getty Images 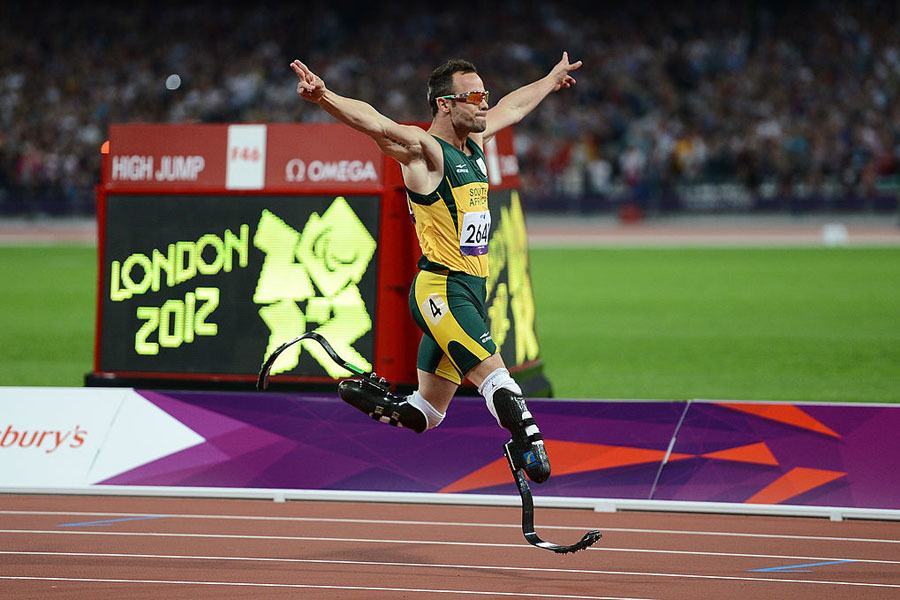 Double amputee Oscar Pistorius, also known as “blade runner," made history at the 2012 London Olympics when he became the first amputee runner to compete in the Olympic Games. Pistorius has now found an entirely different notoriety as the convicted murderer of his girlfriend, South African model Reeva Steenkamp. Photo: Justin Setterfield/Getty Images 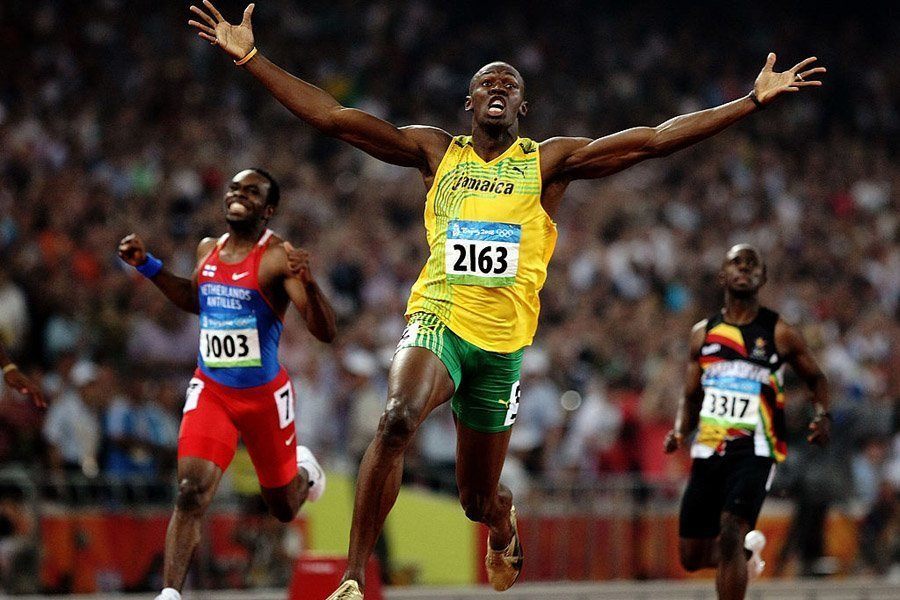 Considered the greatest sprinter in history, Usain Bolt is the defending Olympic Champion in the 100 meters, 200 meters, and 4x100 meter relay — all of which he also holds the world record in. Bolt is the first man in the history of the modern Olympic games to be a six-time gold medalist in sprinting events. Photo: Jed Jacobsohn/Getty Images 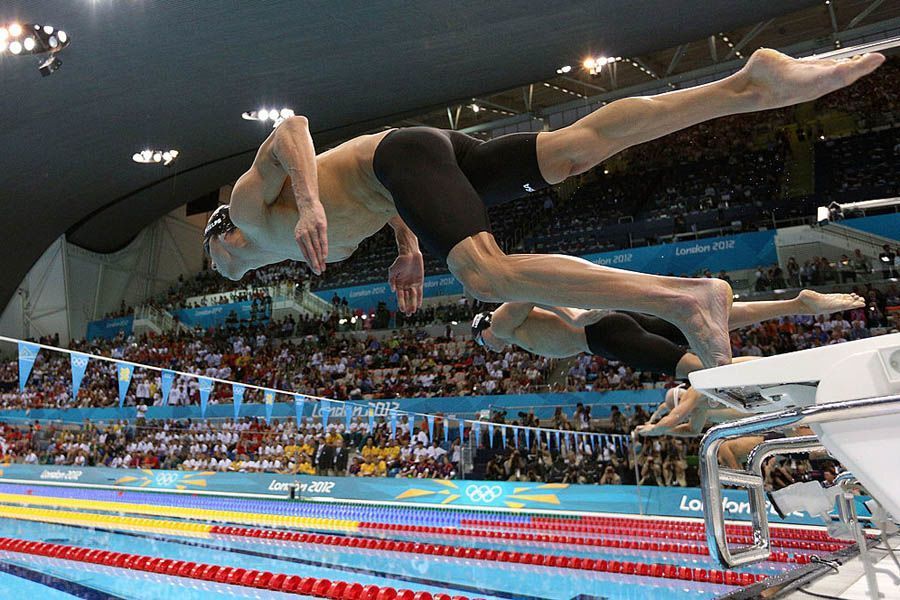 The most decorated athlete in Olympic history, Michael Phelps has won 18 gold, two silver, and two bronze medals. His record of 22 Olympic medals is one he hopes to build on in his final Olympic Games in Rio, 2016. Photo: Adam Pretty/Getty Images