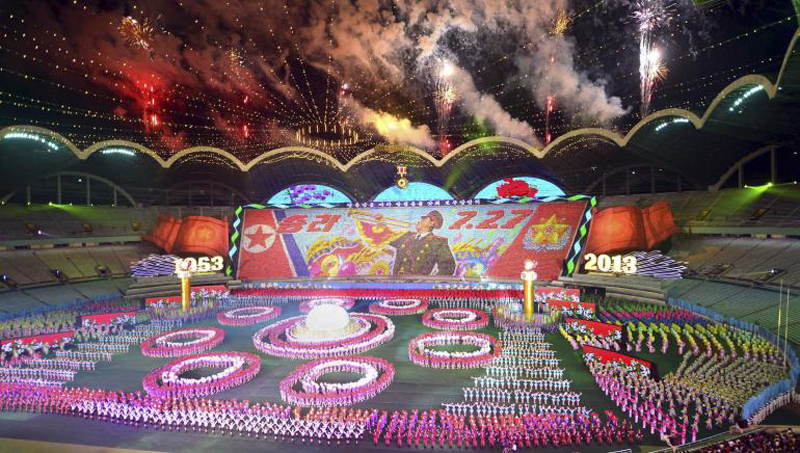 Formally known as the Democratic Peoples’ Republic of Korea, North Korea is a subject of fascination the world over as it’s one of the few countries that can accurately be described as an Orwellian state. Though technically governed by a modern democratic constitution, the government is run by a paranoid monarchy, revolving around a dynastic cult of personality. Food is scant, electricity is rationed, and offenses as minor as referring to the current or former leaders without their proper title can land people—even children—in a labor camp for life. 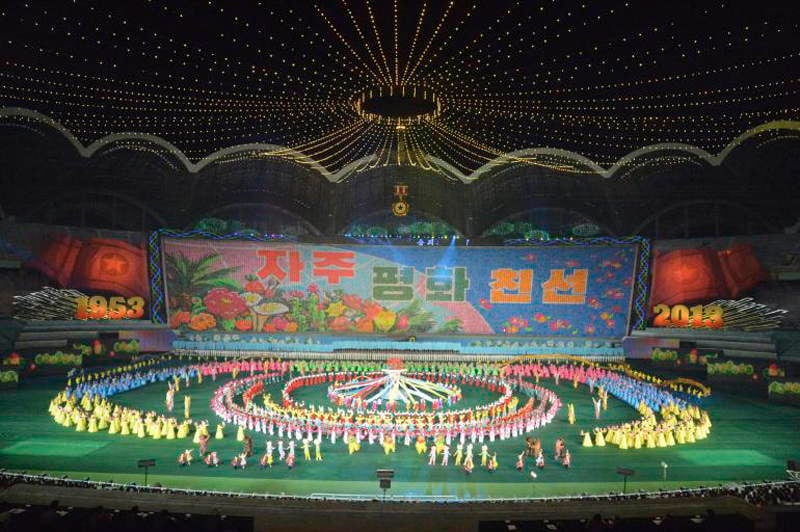 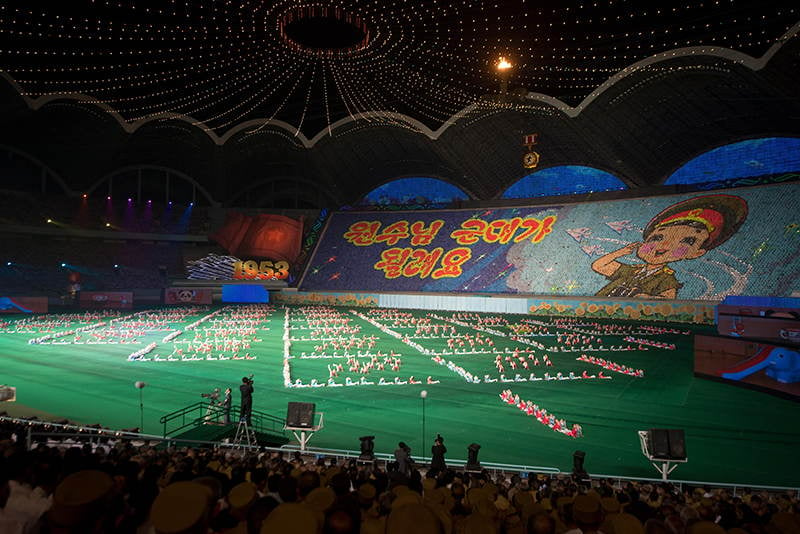 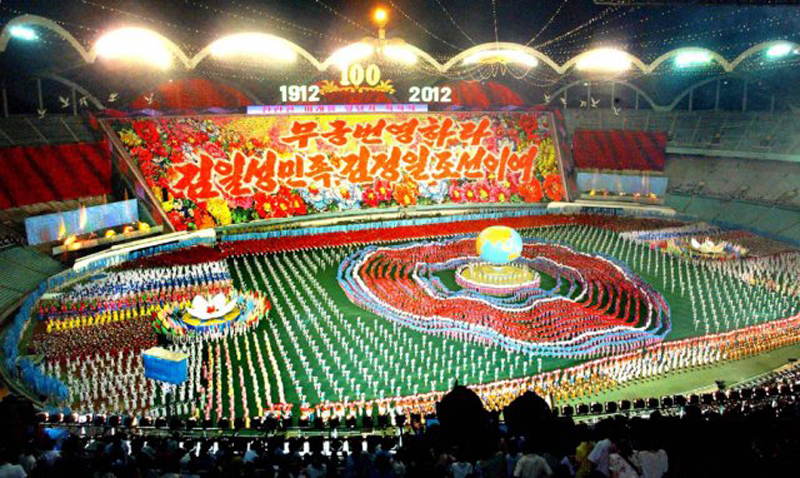 Since 1946, North Korea has staged The Grand Mass Gymnastics and Artistic Performance, often simply referred to as the Mass Games. The festival starts around July 27th, the day North Korea celebrates the armistice (as a victory, no less) and lasts until early September. 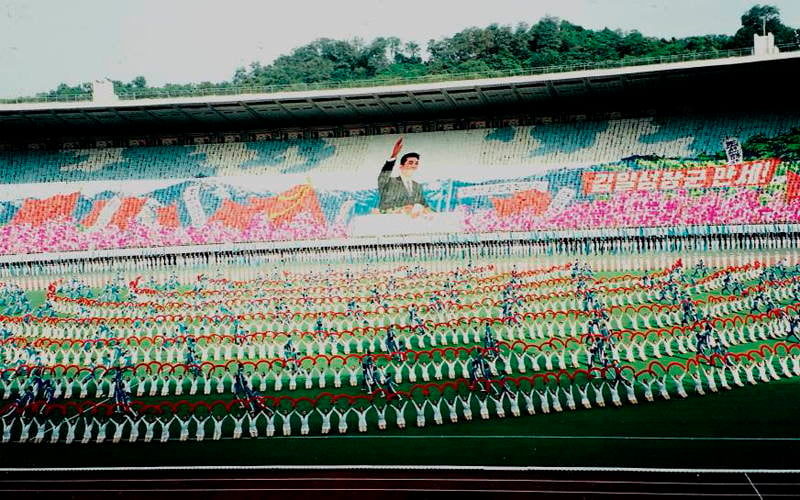 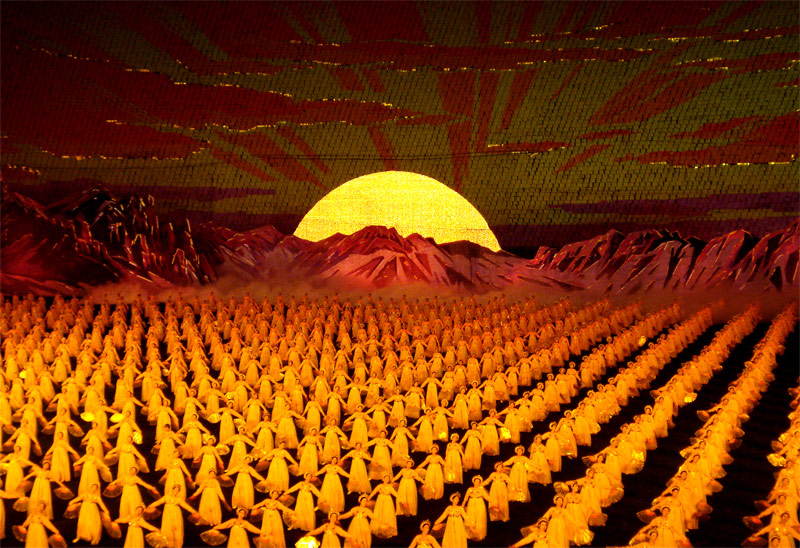 Over 100,000 citizens participate in an awe-inspiring display of synchronized gymnastics and card games, recreating the nearly two-hour performance each night. Children as young as 5 are chosen for their talents, and are expected to participate in every following Mass Games until their retirement. All participants dedicate their free time to training for the event, a staggering eight months out of the year. 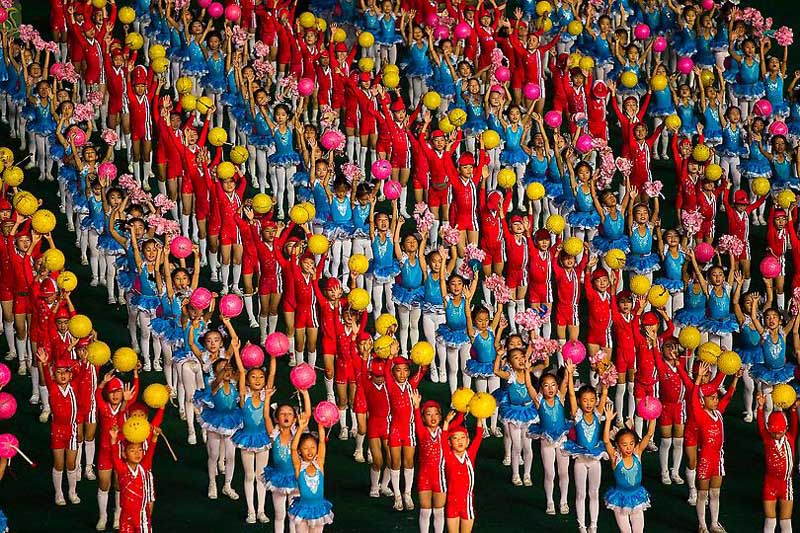