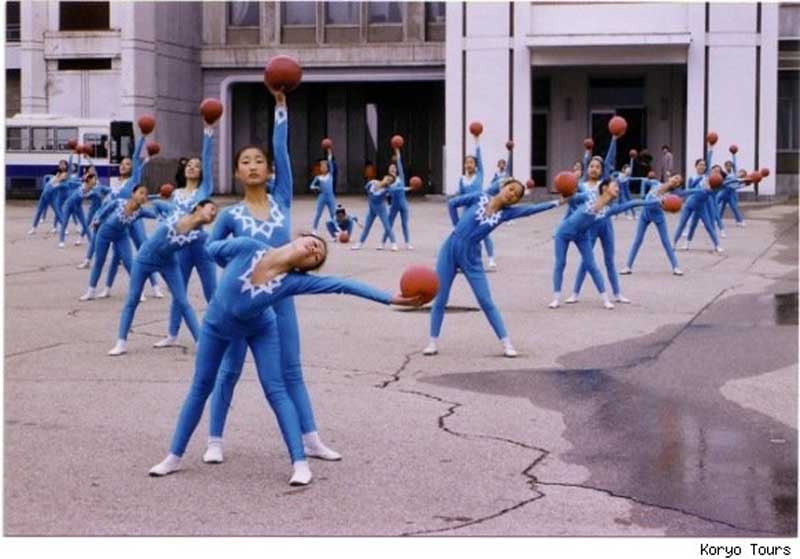 The Arirang Festival is the interpretive storytelling of the Korean peninsula’s fight for unity after World War II. The festival’s name is taken from an allegorical song of the same name about two lovers separated by a greedy landlord, which is meant to signify the split of the ideologically opposed nations. While 2012 was the last year that the Mass Games fell under the Arirang theme, 2013 marked the 60-year anniversary of the armistice and organizers went all-out to commemorate the occasion. 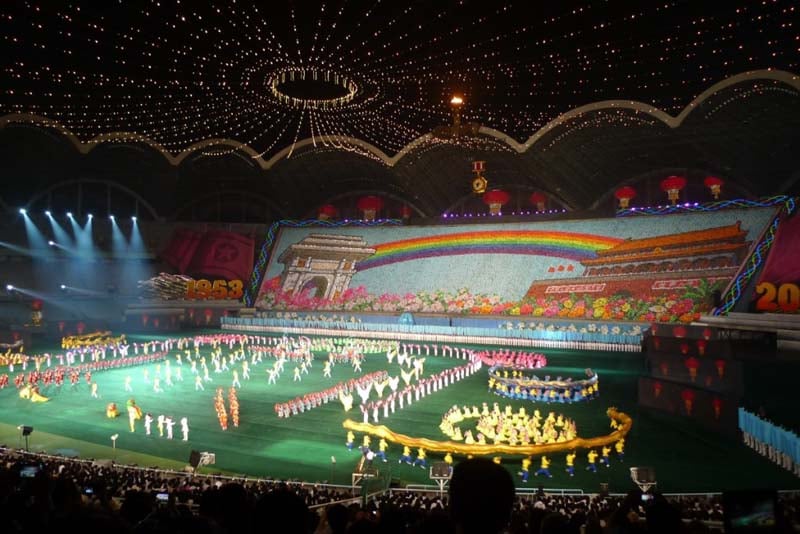 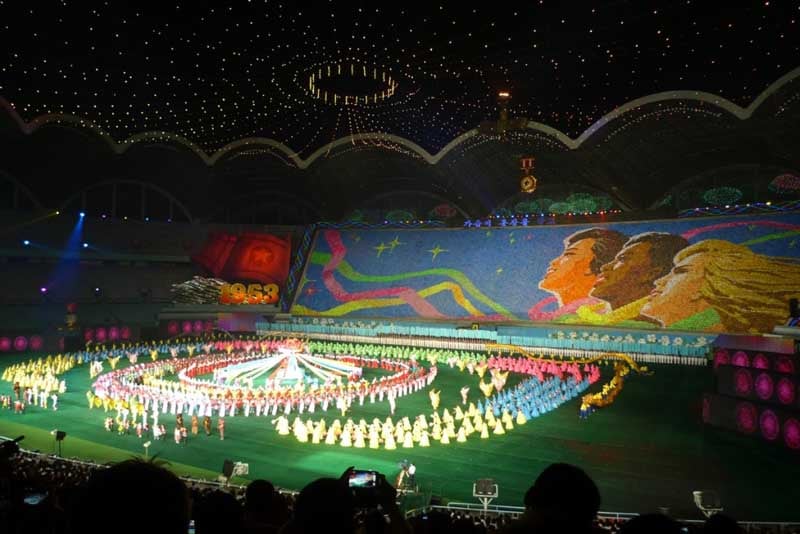 80,000 gymnasts fill the floor, hyper-aware that one individual misstep could spell disaster for the entire group. Their outfits and routines often contain props and objects that only add to the impressive display of corporeal intelligence. Imagine thousands of balls bouncing in unison, hoops and ribbons mirroring one another from one group to the next, or simply bending and spinning with cumbersome musical instruments and heavy military weapons strapped to everyone’s bodies! 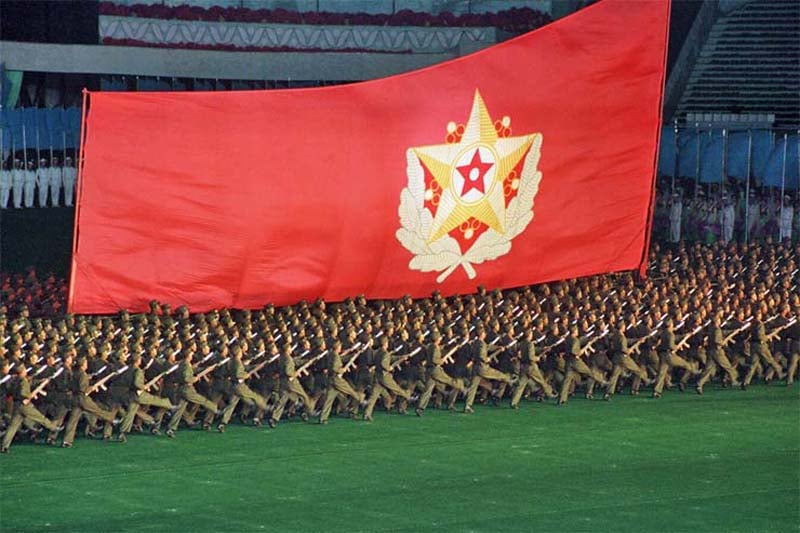 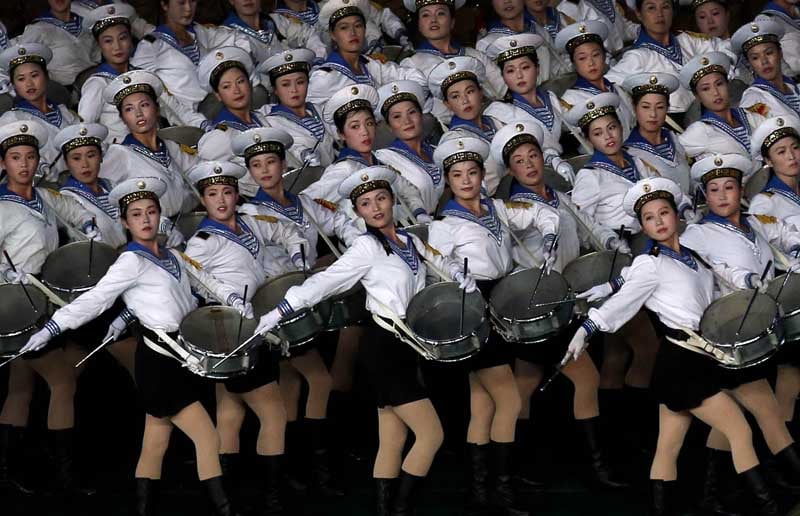 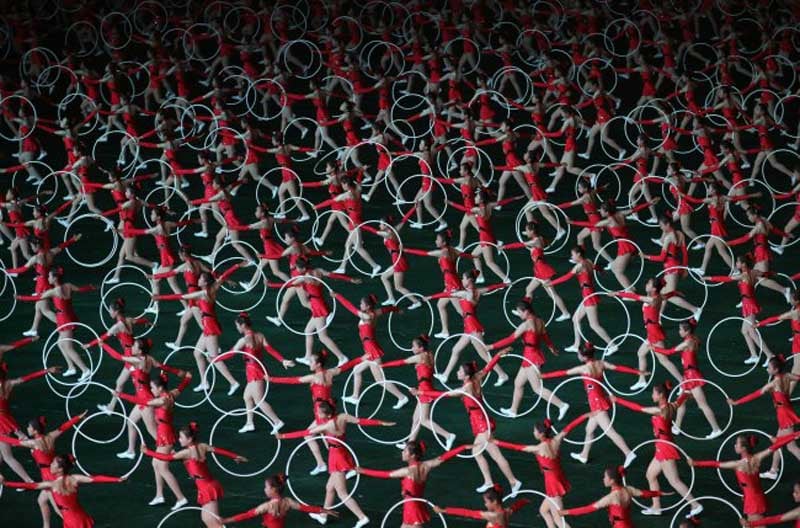 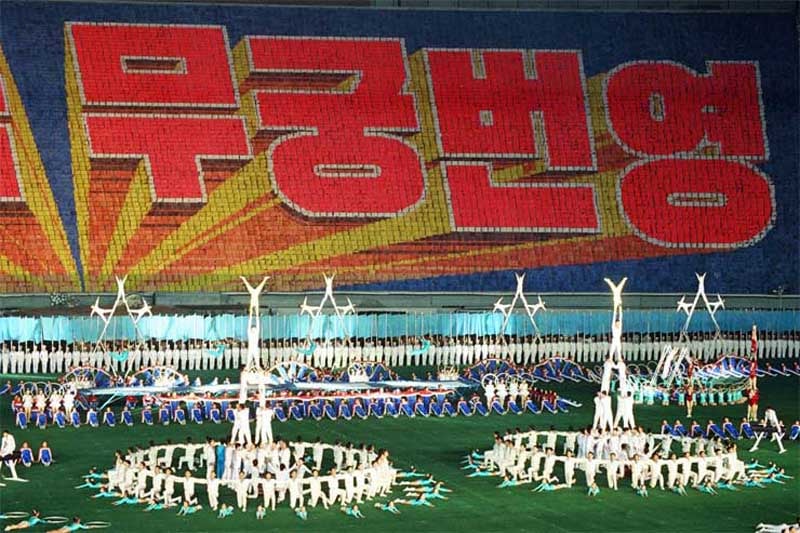