Small Japanese villages have been visited by abandoned fishing vessels, some awash with dead bodies. But the reason why this may be is even more startling than their discovery. 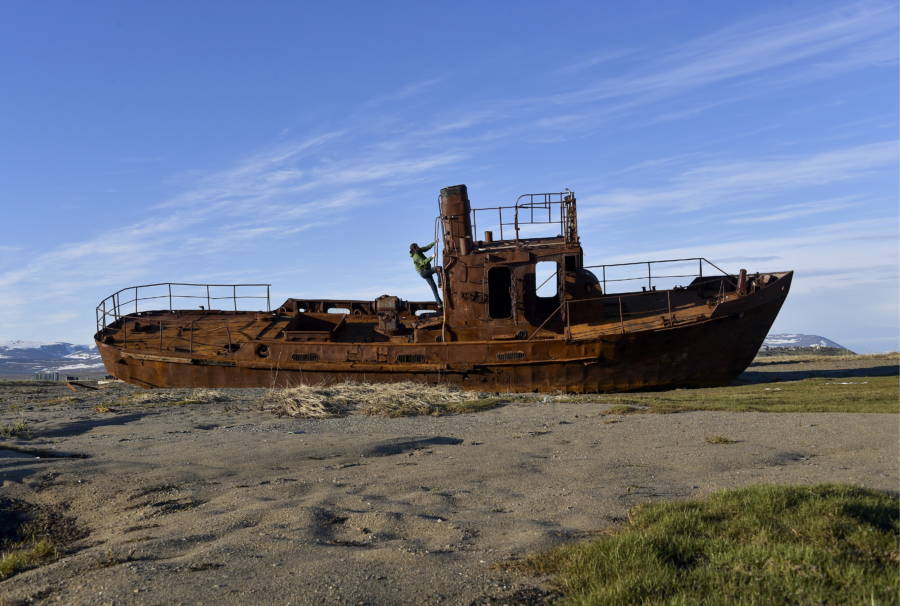 Yuri Smityuk via Getty ImagesSometimes there is little evidence of why the crews of these ghost ships abandoned them.

Ghost ships have been a staple of maritime legends throughout the world for centuries, and the empty vessels washing up in Japan have some ominous backstories. Japan’s horrific 2011 tsunami sent a myriad of crewless boats out into the open ocean and then some of these Japanese ghost ships turned up in unlikely places.

The 200 foot Ryou-Un Maru spent a year adrift before it was found eerily floating off the coast of Alaska in 2012. There wasn’t a soul on board, nor a single light to warn other ships in its path.

But back in 2015, something strange occurred; something that left even the most hardened residents of Japan’s fishing villages bewildered.

Residents of the small fishing villages that dot the Sea of Japan’s coastline are used to living with ghosts. The Tōjinbō Cliffs are infamous for the vast number of suicides there each year. Sometimes the bodies of the victims float into villages like Monzen, whose residents have since become desensitized to the phenomenon.

Retired fisherman Shizuo Kakutani recounts how Monzen’s local ghost is the “figure of a lady appearing at the pier,” thought to be the apparition of a suicide victim. 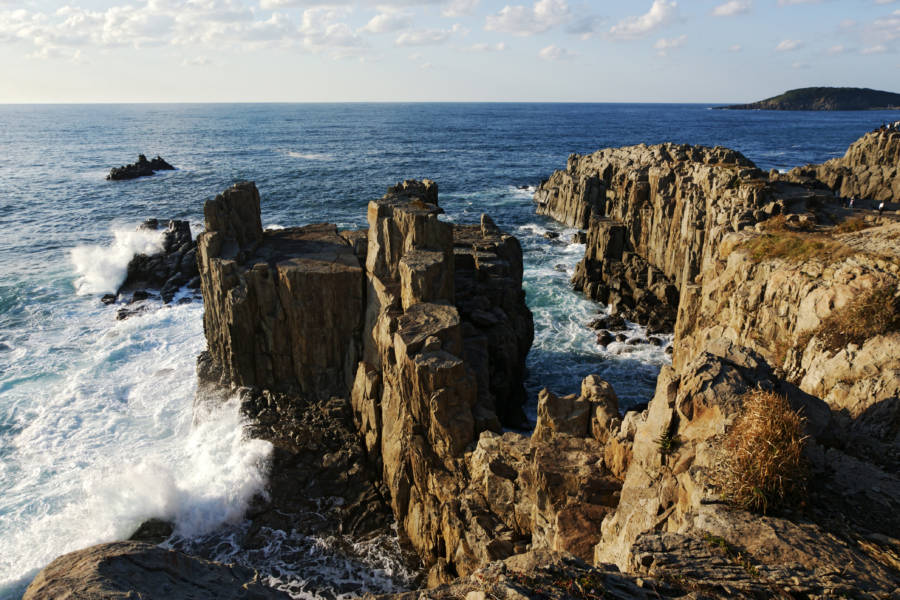 Wikimedia CommonsResidents of fishing villages on the Sea of Japan often find the bodies of the suicide jumpers from the Tōjinbō Cliffs.

In November 2015, members of Monzen’s local coast guard received a call regarding a boat that became entangled with a buoy off the coast of Ishikawa Prefecture. The open ocean had tossed the 30-foot vessel inland and it seemingly had no crew. One empty boat on its own might not have aroused any local interest, but later that day the coast guard reported two more boats — neither with a living soul on board.

As members of the coast guard went below deck on one of these small fishing boats or Japanese ghost ships, they were hit by a sickening stench. The crew had not abandoned these ships after all. Authorities discovered three corpses that were decomposed beyond recognition.

A total of 10 bodies would be recovered from the boats that drifted into Monzen that day. None of them hinted at an identity or a cause of death.

Although the bodies themselves offered no clues as to their origins, other items found on board were more revealing. The hulls and equipment bore Korean script — as did one pack of cigarettes that had remained miraculously preserved.

However, the condition and size of the shoddy boats were not typical of South Korea. A sign labeled “Korean People’s Army” on one boat, and a pin featuring a portrait of deceased dictator Kim Jong Il, provided further evidence that they were from North Korea — 649 miles away. 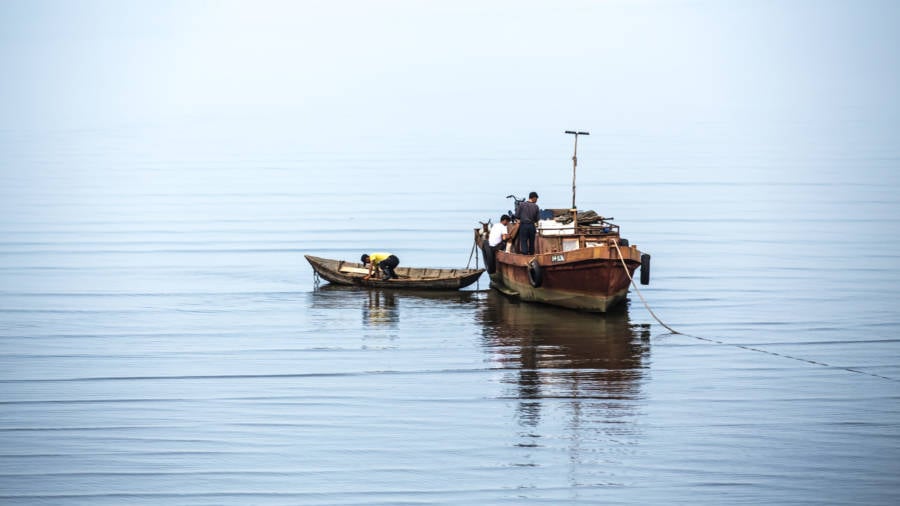 A Possible Crew Of Soldiers

One theory posited is that the Japanese ghost ships belonged to North Korean defectors trying to slip out of the autocratic country.

Most people trying to flee North Korea, however, usually take a land route into China — or a much shorter coastal route to South Korea. Another theory soon emerged, suggesting that the boats were not piloted by civilians at all, but by soldiers.

Although it may seem bizarre that the North Korean military was deployed to catch fish, the The Japanese Times explains that “fishing is a vital industry in a country where millions cannot find enough to eat.”

Over the past few years, =dictator Kim Jong Un has been putting pressure on the military to catch more fish. However (as is often the case when the government intervenes with a heavy hand) the men tasked with doing the fishing were ill-equipped for the job.

“Only an idiot would fish like this,” a veteran fisherman says of the Japanese ghost ship’s condition. “The Korean government must be forcing them.”

The inexperience of the soldiers combined with the primitive condition of the vessels spelled trouble from the start. Coupled with the pressure from a strict dictatorship, it becomes obvious how the military men were pushed to their limits.

Desperate to make quotas, the men paid with their lives.

CNN reports on the surge of Japan’s ghost ships from North Korea.

All of the North Korean boats, or Japanese ghost ships as they’ve been hailed, had weak engines and no GPS, which proved to be the difference between life and death for those soldiers who had no maritime navigation skills.

With faulty equipment and scarce food, the crews that were blown off course could have starved to death before they ever made it back. One Japanese member of the coast guard who examined one of the Japanese ghosts ships was shocked at the scarcity of supplies on board: a frying pan, fishing hooks, and some small lights.

Kim Jong Un might have an ulterior — and surprisingly capitalistic — motive to increase fishing quotas besides feeding his people. One professor at the University of Tokyo has noted that “The North is introducing an incentive system for producers. Fish is one of the main export products to China, which can be a way to get foreign currency.” 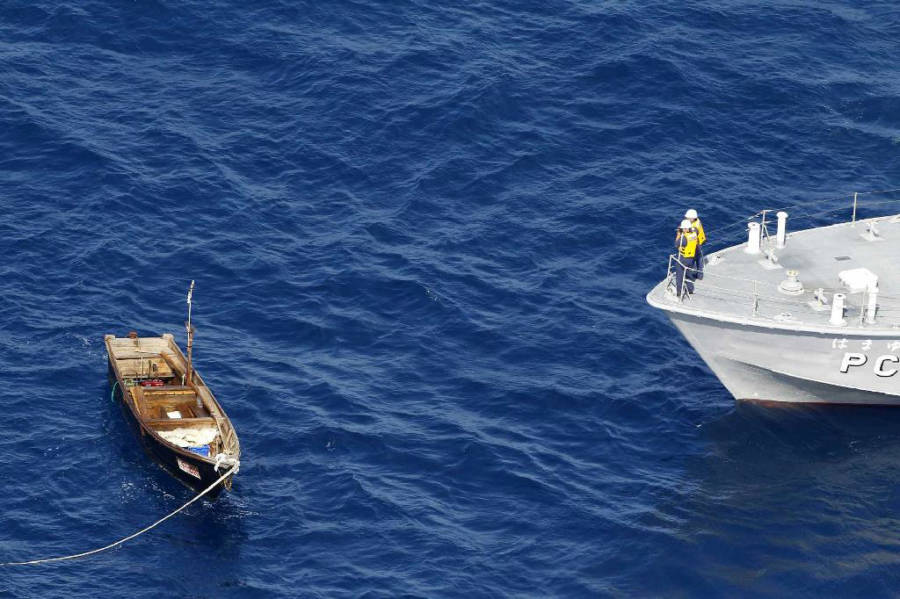 The increasing number of North Korean ghost ships washing ashore in Japan does seem to coincide with the North Korean dictator’s decision to put pressure on his country’s fishing industry.

After this look at the arrival of North Korean ghost ships in Japan, read about some of the creepiest ghost ships on record. Then, check out these photos of life inside North Korea.