The Origins Of North Korean Propaganda 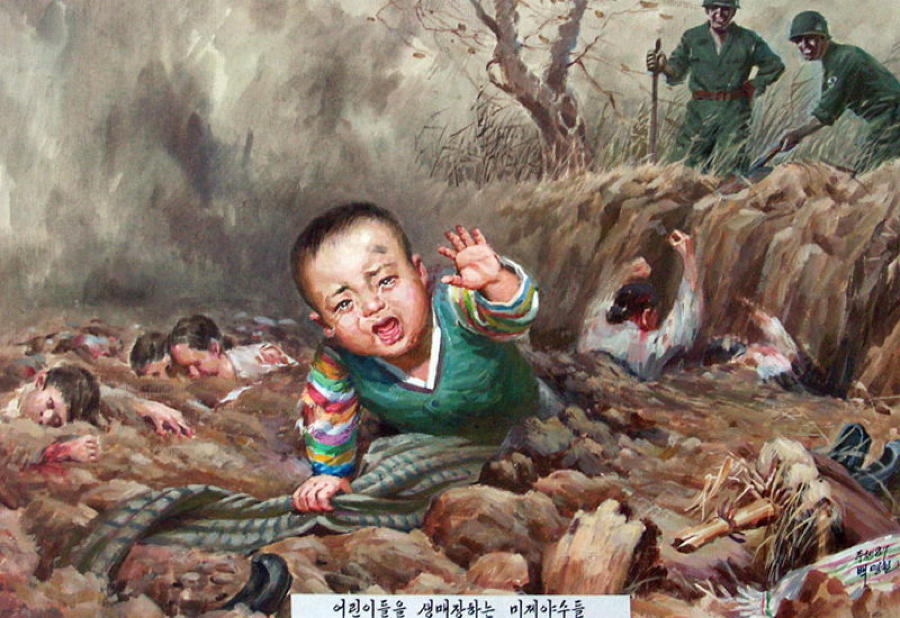 They call it the Fatherland Liberation War. We call it the Korean War. (It’s easy to forget that the names of wars are merely decided by people, and not always agreed upon.) And while they celebrate July 27 as the Day of Victory in the Great Fatherland Liberation War (and built the Victorious War Museum), the war, for North Korea, is not truly over.

The official hymn to North Korean leader Kim Jong-un–each leader has gotten one–is called “Onwards Toward The Final Victory.” “Final victory” and “final confrontation” are oft-used phrases in North Korean state rhetoric. See, “final victory” must still be achieved because the war never really ended; the result they wanted was never truly achieved. That result is a unified Korea and a vanquished U.S.

This prolonged state of tension and aggression came into even sharper focus two years ago–on March 13, in fact, the very same day that fake video went wide–when North Korea threatened retaliation against South Korea and the U.S. for their joint military exercises and the United Nations sanctions that had been placed on the country.

The Ministry of the People’s Armed Forces said, “The armistice agreement is no longer valid and our country is not restrained by the North-South declaration on non-aggression.”

Two weeks later, North Korea declared a “state of war” with South Korea, saying, “The long-standing situation of the Korean peninsula being neither at peace nor at war is finally over” (meaning, it was now war, not peace). While this statement reveals the heightened aggression North Korea feels now, it, moreover, reveals the state of aggression that had been there all along, that peace had never been achieved, that the war was never over.

But while this conflict is, especially in the eyes of North Korea, still ongoing, it begins, in earnest, with the Korean War (as we know it, from 1950 to 1953). In depicting the war, which is the wellspring of North Korean anti-Americanism, the government put forth a rather extreme–even for war-related propaganda–vision of Americans: 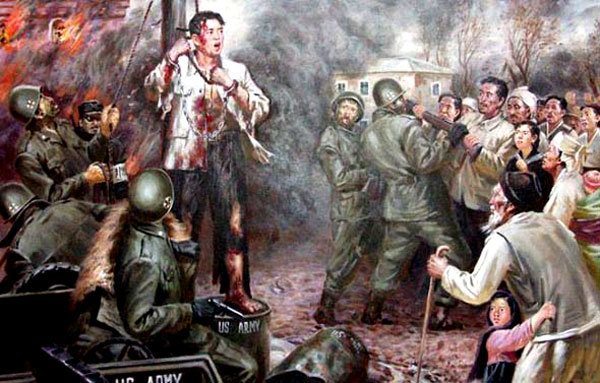 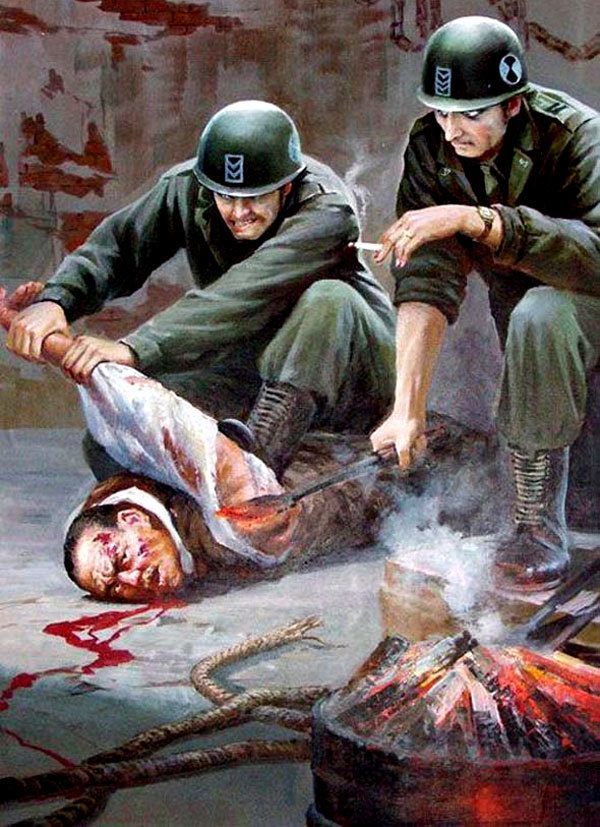 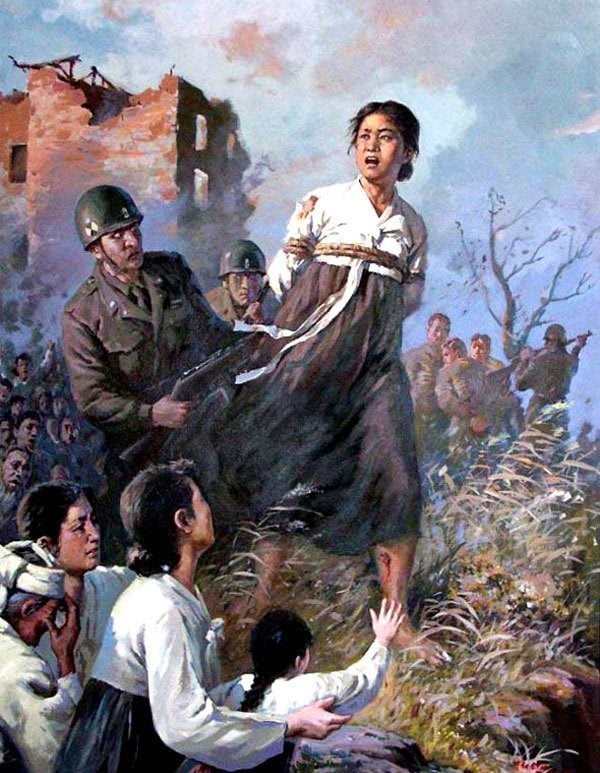 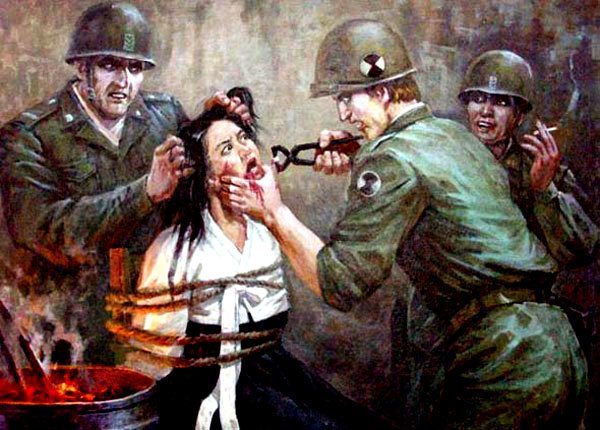 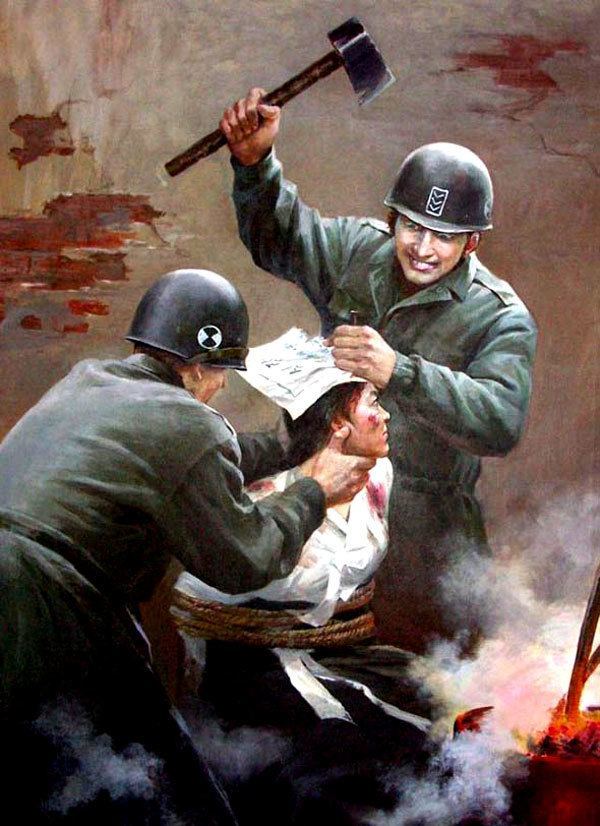 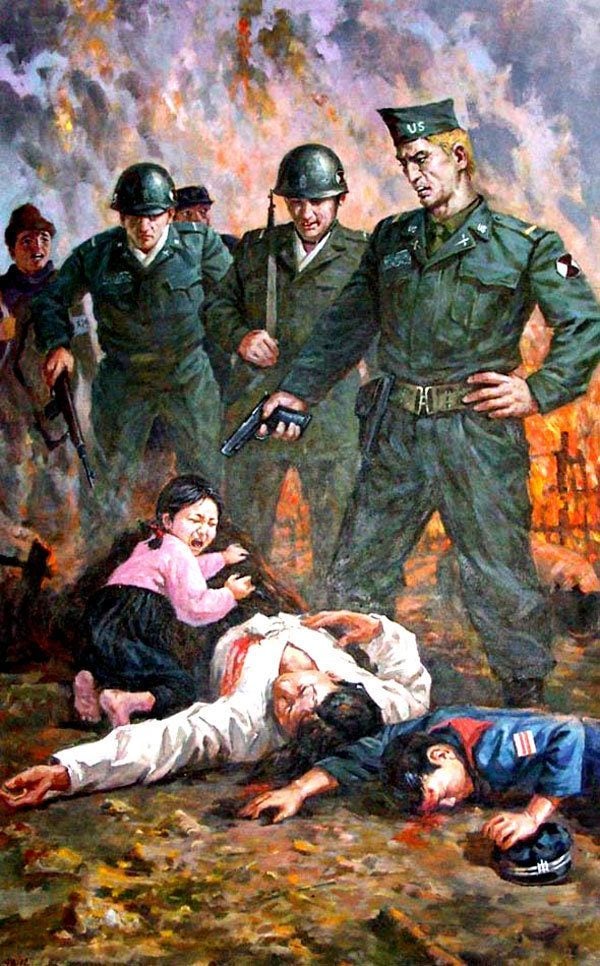 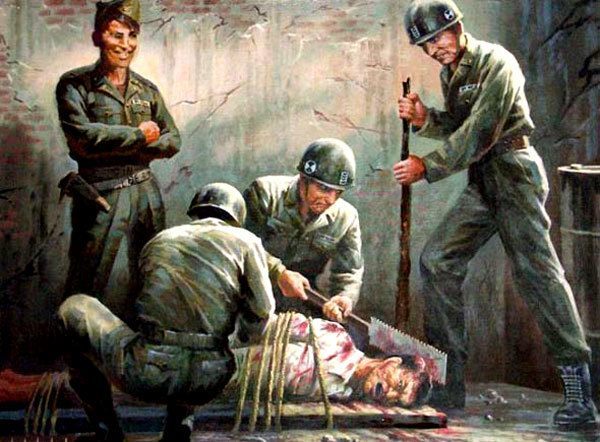 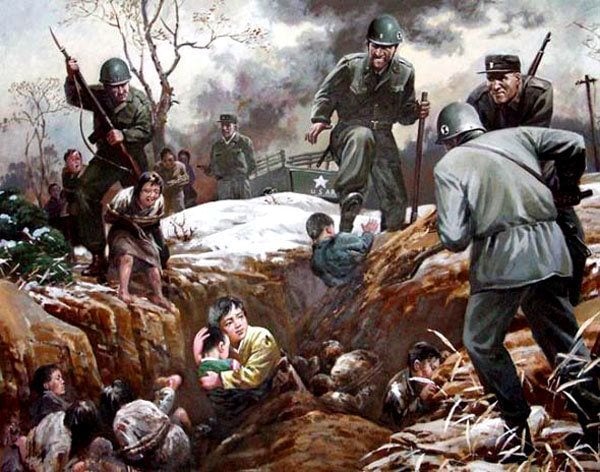 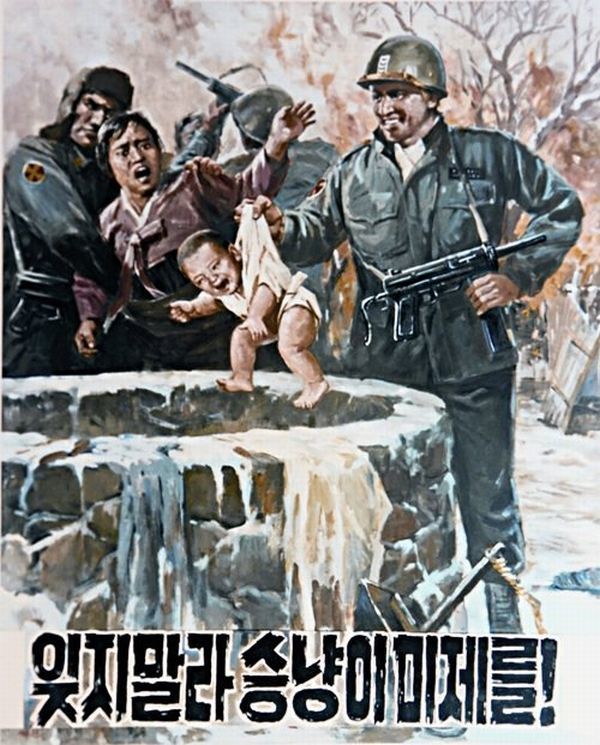 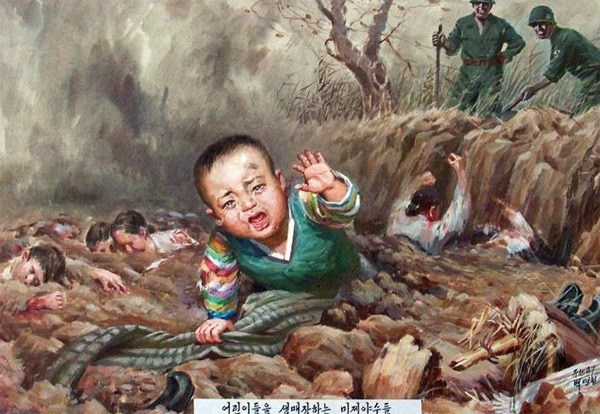 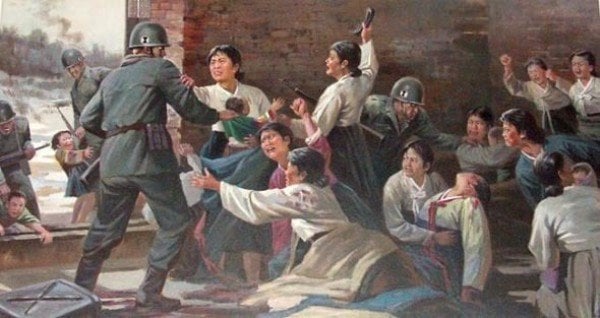 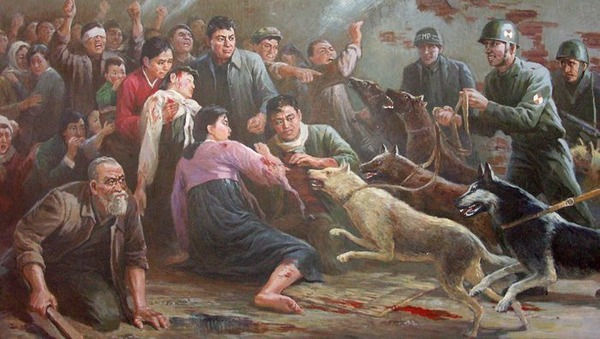 While these posters speak for themselves in terms of their maniacal violence and positively inhuman depiction of American soldiers, it's important to note two more common threads that the North Korean government tries to ingrain in its people: 1. An incredibly strong sense of victimhood, 2. That the American threat is not only directed at North Korean soldiers, but at civilians (men, women, and children) as well. These two themes would be fundamental in shaping North Korea's ideas about itself and the U.S. in the decades between the war and the present...