Meet The Virginia Farmer Who Became The King Of North Sudan

Jeremiah Heaton has declared himself King of "North Sudan." We sat down with him to learn more. 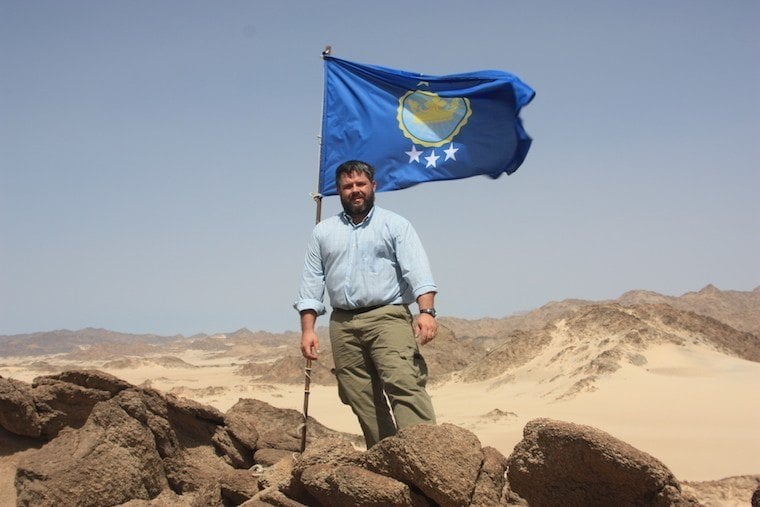 In 2013, Jeremiah Heaton’s youngest daughter asked him if she would ever be a princess. He said yes — and meant it.

A few months later, Heaton embarked on a flight to Egypt, where he would drive to the territory of Bir Tawil, a no-man’s land of approximately 2,000 square meters (0.8 miles) unclaimed by its neighbors, Sudan and Egypt. There, he planted a flag designed by his children and proclaimed himself King of North Sudan. With that, his youngest daughter Emily became a “real-life princess” — at least in his mind.

All That Is Interesting spoke exclusively with the Virginia farmer about his “country,” which joins Liberland as one of the youngest states in the world.

Note: This interview has been edited for clarity.

What is your current occupation, besides farmer?

I am a full-time King of a country. I am fully involved in the development process of the kingdom at this point, and am currently holding negotiations to move forward with our vision.

What went through your mind when your daughter asked you if she could be a princess?

Two years ago, Emily asked if she could be a real princess. I felt kind of bad, because at the time I thought I couldn’t fulfill that promise. But it did pique my curiosity to see if there was any land in the world where you could claim your own country. I started doing research, looked in the Pacific Ocean until I ran across the term of terra nullius, which is Latin for “no-man’s land.” Bir Tawil was the only true piece of terra nullius left in the world, so when I realized what I had found I asked some international lawyers and they told me it was a textbook definition for terra nullius, and that following international law I would have to go and claim the territory. 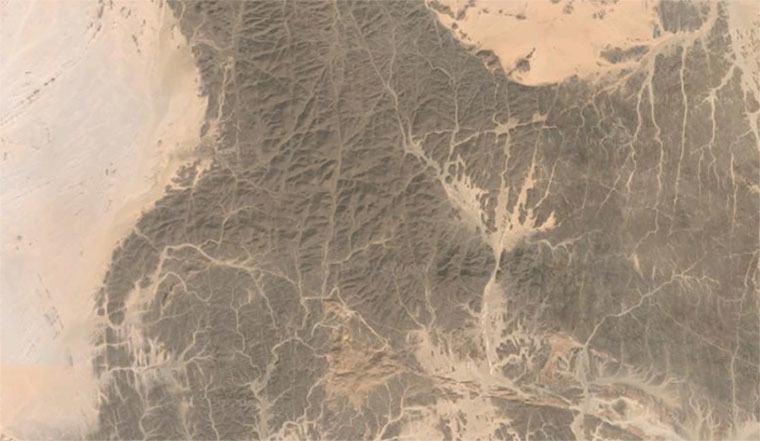 With that, Jeremiah Heaton asked his kids to design a flag, “which they did while we were eating at a restaurant,” and got permission to travel to the desert in Egypt. On Emily’s seventh birthday, Heaton planted the flag “and she became a real life princess.” Heaton shared his story on Facebook afterward, and did not expect the media frenzy he received. “It called the attention of the local media and it went viral all over the world,” he recalls.

How have Sudan and Egypt reacted to this proclamation?

The Egyptians and the Sudanese are very smart and they understand that there is far more value in having a neighbor that is helping to build up the region than having a piece of desert that benefits no one.

But do you have their approval? Or sympathy?

Have they shown support for this?

Absolutely. We are talking about coming and building a 200-megawatt solar facility that is about $300-350 million…and Egypt is going to be our number one customer. We are now getting the final pieces nailed down on an energy-sharing agreement. Those partnerships and contracts take time to develop, and once those things are in place we’ll have a big public announcement that the Kingdom of North Sudan is doing energy partnerships with Egypt.

The things that we are doing in the kingdom of North Sudan fully complement what Egypt’s goals are for themselves. Egypt has to add about $12 billion worth of energy infrastructure to the country in the next five years just to meet the demand that they have. We can come in and offer $300 or 400 million of that. It is just that this process takes time. 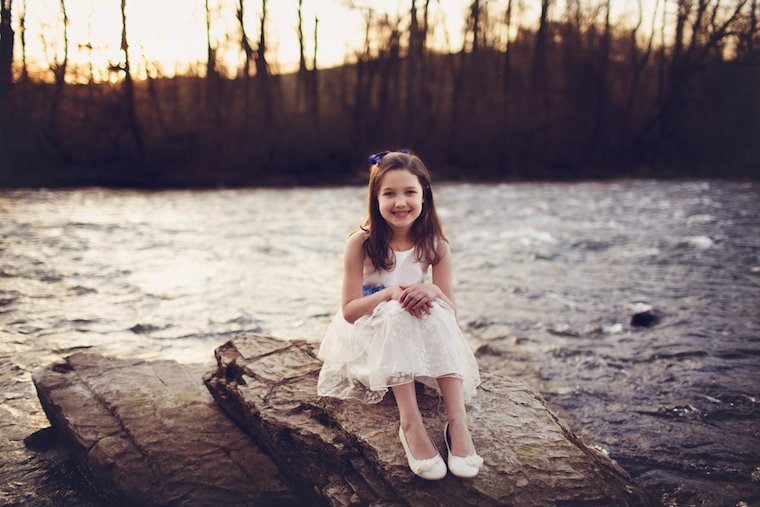 Emily Heaton, who asked her father two years ago if she could be a real princess. Image courtesy of Jeremiah Heaton.

You had a crowdfunding campaign that raised $10,600. Your goal was much higher. With all of these plans for the region, how do you plan to get started financially?

It is unrealistic to expect that the entire project was going to be funded through a crowdfunding campaign. The platform was an opportunity for people who wanted to have titles and nobility to be involved in the project in some meaningful way, and the crowdfunding campaign was for that purpose, to educate the public, but that’s it. Aside from that we have been able to partner with large companies to fund this project.

No, European companies are involved. We have an embassy set up in the Czech Republic, actually.

Did that replace the one in Denmark?

Do you have staff there?

The territory of Bir Tawil is one of the driest places on Earth. How do you plan to get access to water?

The purpose of this whole country is actually not to sell power to Egypt, but to figure out a better way to grow food with less water.

What will be the main crops you plant first?

Being located near the wealthy part of the Middle East, like Dubai, our goal would be on high cash crops like strawberries, if we can have our scientists focused on that.

The farm was her idea. We had a family meeting to decide what to do with the land. Emily knew that one of the problems that the population in Africa faces is access to food, so she said we needed to have a farm to feed everybody. Just like when she said she wanted to be a princess, I started to do research and found what the Japanese have been doing, called Vertical Farming. Kids look at the world a lot different than adults do; adults find thousands of reasons why things can’t be done, and we have overcome all the obstacles so far. Just because somebody cannot envision something doesn’t mean it can’t be done. I’m not an agricultural scientist or an expert in hydrology, I am none of those things, but what I am is a ringmaster. I’m good at bringing things together, and that’s what my job is in North Sudan: to be the P.T. Barnum, the leader of this multi-ring show that I have going on.

“That’s what my job is in North Sudan: to be the P.T. Barnum, the leader of this multi-ring show that I have going on.” 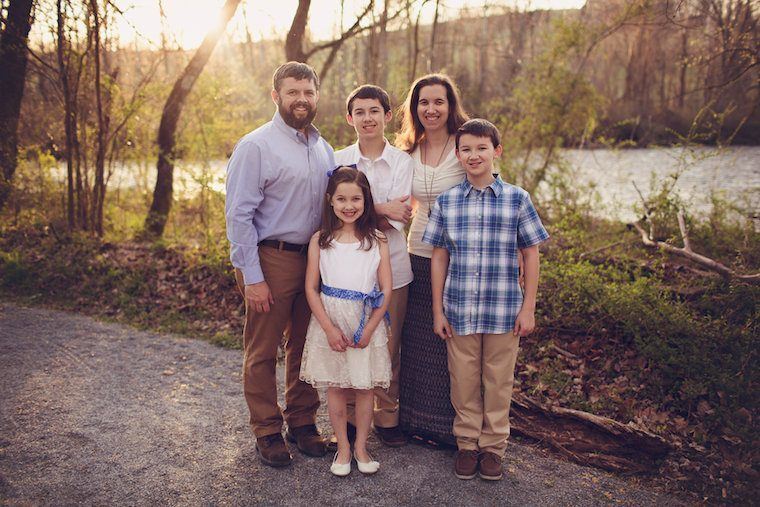 How are you planning to approach citizenship? I read that you were not going to accept applicants from Egypt or Sudan, except for science researchers or doctors. Is that right?

The population that we ultimately want to have is going to be very small. We want to focus the effort of the country on the scientific efforts that we pursue, and, you know, chances are that our population never grows into more than a few thousand people. We are a scientifically-based agricultural research country. That is what our whole world is built upon. As far as being open to the general public, we are going to be fairly exclusive, because we don’t want be in the situation where the country is pouring most of its resources into schools and education.

How many people do you think you’ll be able to accommodate?

The first twenty years we’ll probably have brought in a thousand people. Ultimately what I will like to have is a country that has its residency population to be the highest education populated per country in the world.

How about yourself, are you planning to move there with your family?

Absolutely, but until we have infrastructure nobody can live there. 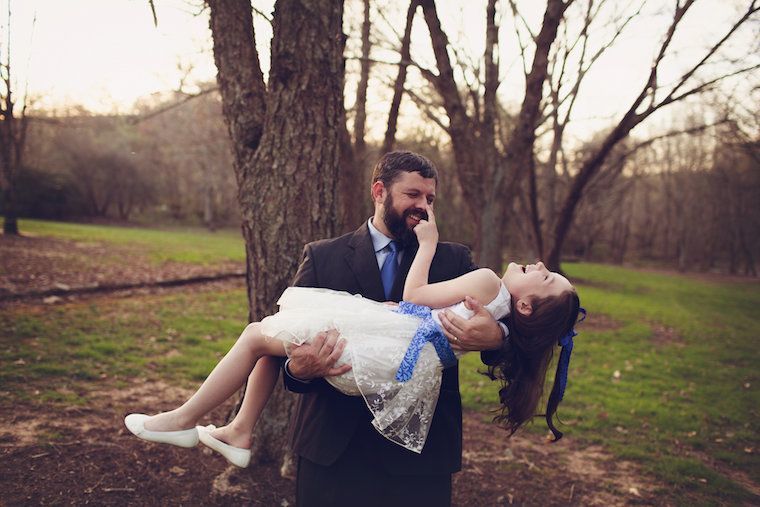 What are your plans for taxation?

Let’s talk about intergovernmental organizations. I read that you applied for observer status of the UN. Do you have any news from them? Also, do you have any plans of applying to join the UN or NATO?

Being a UN member doesn’t benefit us in any way. It is not our priority to spend time to try to be a member of the UN now. Not worth it. We have put those efforts on hold. I am basically building Tomorrowland, that’s what people are telling me lately.

Talking about Tomorrowland, is it true that Disney has the rights to make a “The Princess of North Sudan” movie?

The process has started, but by virtue of the contract I can’t discuss it.

Had you been to Africa before going last year?

No, I didn’t have the chance.

Which other places in the world have you been to? Have you traveled with your family a lot internationally?

My wife is afraid to fly, and I am just slowly getting her over her fear to fly. They all have U.S. passports, but haven’t left the country. I myself have been in four continents. The way I prefer to do it is to go somewhere first alone. For example: having been to Europe now I can take my family and act as a tour guide, because I have already been there.

Next after reading about North Sudan, see how photographer Kevin Carter took one iconic image in the Sudan that changed the world and ultimately helps explain why he took his own life.