The sarcophagus likely dates to the 14th century and probably holds a high dignitary who was buried with honors. 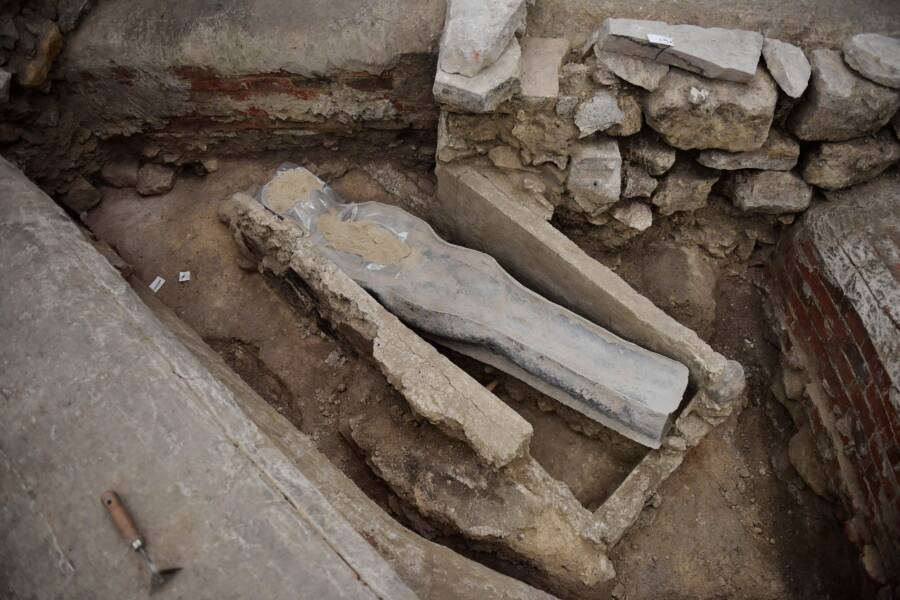 In 2019, a devastating fire tore through Notre Dame in Paris. But now, excavation work at the site — to prepare for its restoration — has uncovered a stunning find: a well-preserved lead sarcophagus.

In a statement, the French Ministry of Culture explained that the sarcophagus appears to date back to the 14th century. And, given its “characteristics and location,” it’s likely that the sarcophagus holds the remains of a “high dignitary.” Historians are presently aware of some 400 people — including bishops and archbishops — who were buried at Notre Dame.

The sarcophagus was discovered beneath a layer of stone that dates back to the 18th-century. However, deeper layers date back even further — to the 14th and even the 13th centuries.

Thrillingly, because the sarcophagus was slightly cracked, archaeologists were also able to insert a mini endoscopic camera inside. The camera, Besnier told Reuters, showed “cloth remains, organic matter such as hair and plant remains, [and] especially small leaves… where the head is.”

The leaves, which appear to come from a boxwood tree, may be highly significant. Besnier explained that social elites and religious leaders were often buried with such leaves around their heads.

“It’s not embalming but a way to preserve the body as well as possible,” he said. “So the fact that these plants are still there indicates that the contents have been very well preserved.”

But the sarcophagus wasn’t the only thing that the archaeologists found. 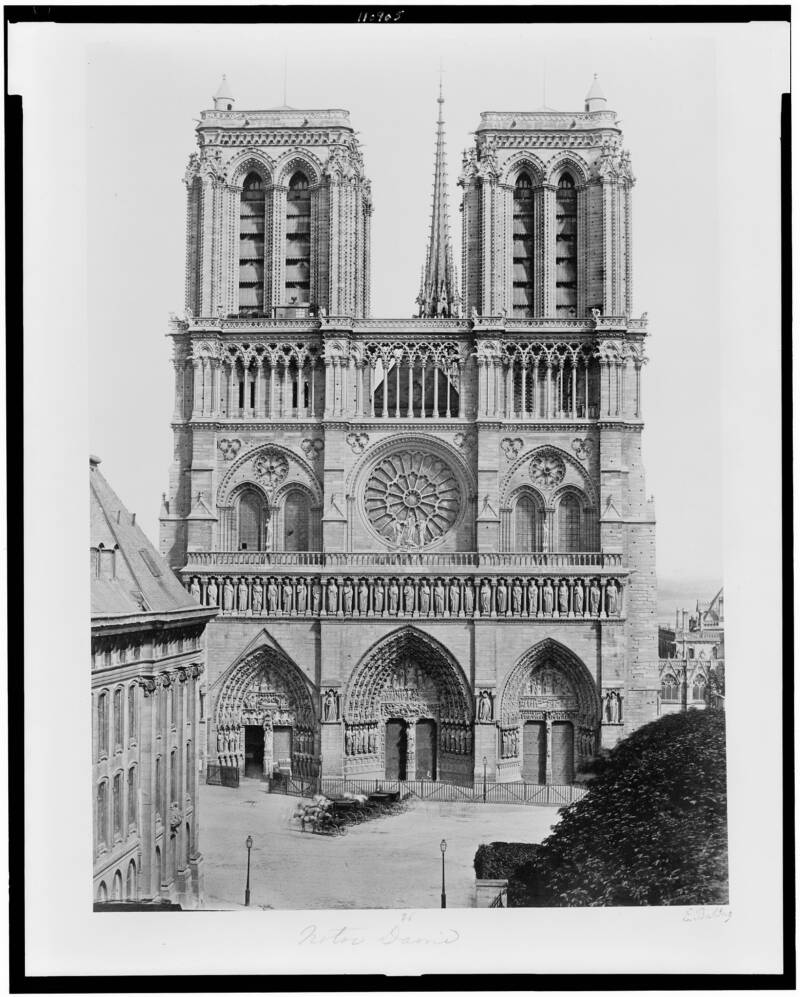 Library of CongressNotre Dame as photographed in 1851.

During their excavation, which the Ministry of Culture defined as a “preventive archaeology excavation” before the installation of more scaffolding, archaeologists also came across a number of painted sculptures. These were likely part of a 13th-century rood screen, a partition which separates a church’s chancel, an area near the altar, from the nave, the central part of the church.

Significantly, fragments of a rood screen were also discovered at Notre Dame in the 18th century when Eugène Viollet-le-Duc renovated the church. Viollet-le-Duc, Le Monde noted, didn’t bother with “preventative archaeology” and likely destroyed a number of tombs as he worked to add pipes beneath the building. The rood screen he came across is now at the Louvre.

“It is, therefore, a discovery of the greatest interest,” explained the French Ministry of Culture, “likely to provide new data on this rood screen and on the quality of its painted decoration.”

Notre Dame — formally called Notre Dame de Paris, or Our Lady of Paris — has a rich history that stretches back over 800 years. Pope Alexander III lay the foundation for Notre Dame in 1163, and its construction was completed over 180 years later in 1345.

The impressive cathedral, with its gargoyles, flying buttresses, and other Gothic details, has set the stage for a number of important historic events over the years. Henry VI of England became the king of France there in 1431, and Napoleon Bonaparte crowned himself emperor at the cathedral in 1804.

It became an enduring symbol of Paris, and of France, especially after its depiction in Victor Hugo’s 1831 novel The Hunchback of Notre Dame. That made the 2019 fire at the site all the more horrifying. 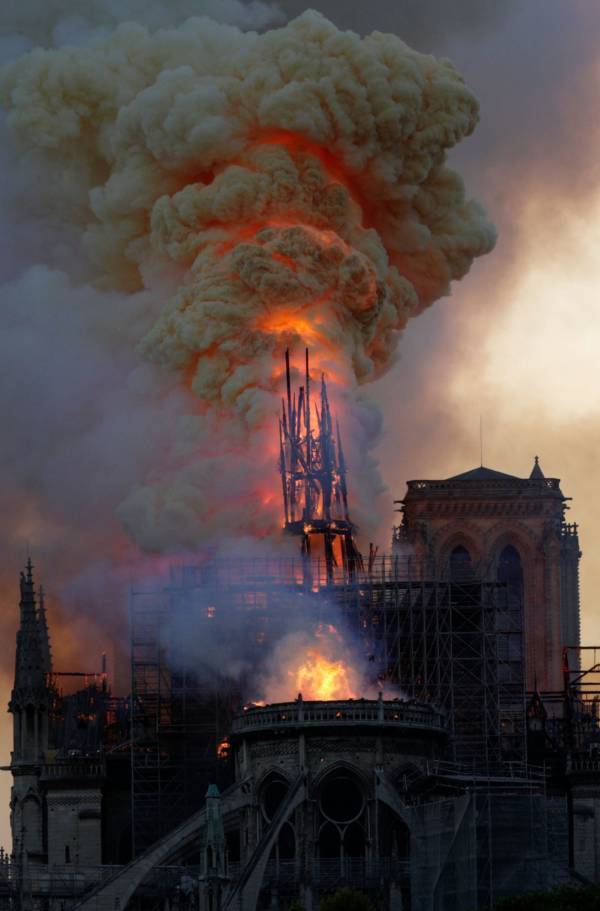 The fire at Notre Dame started around 6 p.m. on April 15, 2019, probably caused by ongoing renovations at the cathedral. It burned for more than five hours, turning the Parisian sky red, as locals and tourists gathered to watch in horror. Tragically, the cathedral’s iconic spire collapsed during the blaze.

“The worst has been avoided even though the battle is not completely won,” French President Emmanuel Macron said in front of the smoldering cathedral after the fire was put out.

Promising to restore Notre Dame, Macron added: “This is the place where we have lived all of our great moments, the epicenter of our lives. It is the cathedral of all the French.”

Such restorations are ongoing and are expected to finish in early 2024. Until then, who knows what other stunning finds this ancient cathedral might offer up.

After reading about the sarcophagus found at Notre Dame, discover the story of the “spectacular” Visigoth sarcophagus unearthed in Spain. Or, look at these tragic images of the Notre Dame fire.