General Westmoreland wanted nuclear weapons sent to South Vietnam in the event of a defeat at the war's bloodiest battle, though President Johnson swiftly axed the operation. 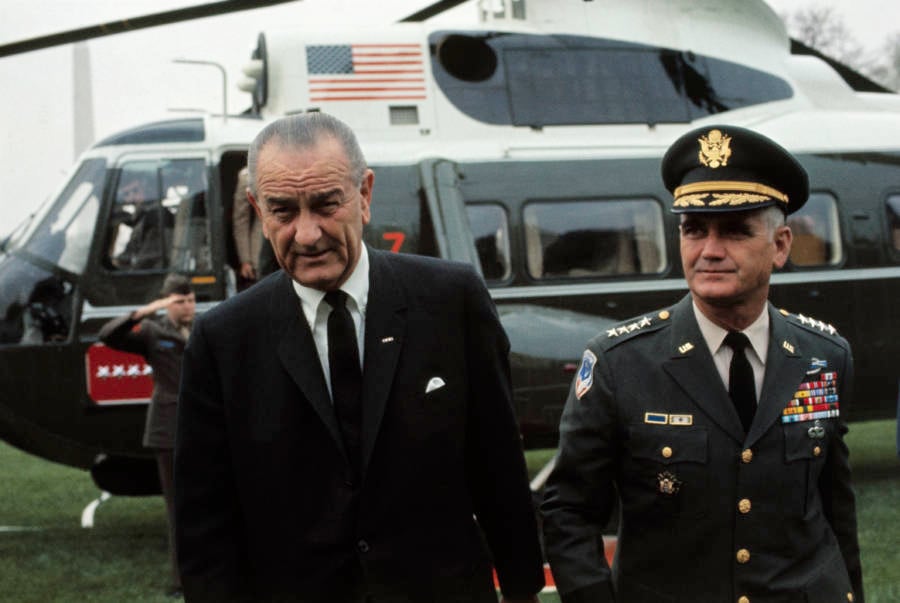 Documents recently declassified by The New York Times reveal that a top U.S. general planned for a nuclear response during one of the most contentious moments of the Vietnam War.

The documents outline a 1968 plan devised by General William C. Westmoreland to move nuclear weapons into South Vietnam in the event that they were needed in quick response. He was subsequently overruled by President Lyndon B. Johnson. 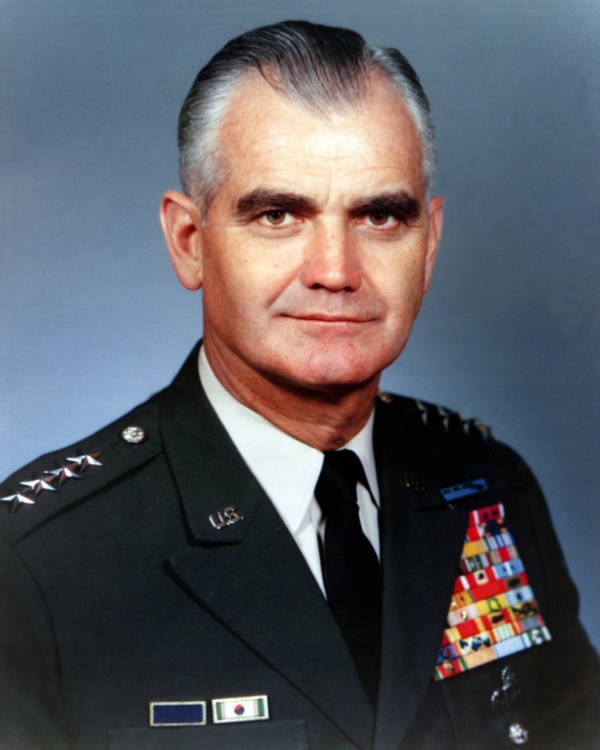 The commander planned to move the nuclear weapons so that they could be readily available should the United States and its allies find themselves on the losing end of the battle for the base at Khe Sanh.

The secret operation, code-named “Fracture Jaw,” was approved and orchestrated by General Westmoreland and already in action when Johnson’s national security adviser, Walt W. Rostow, alerted the president via a White House memo. 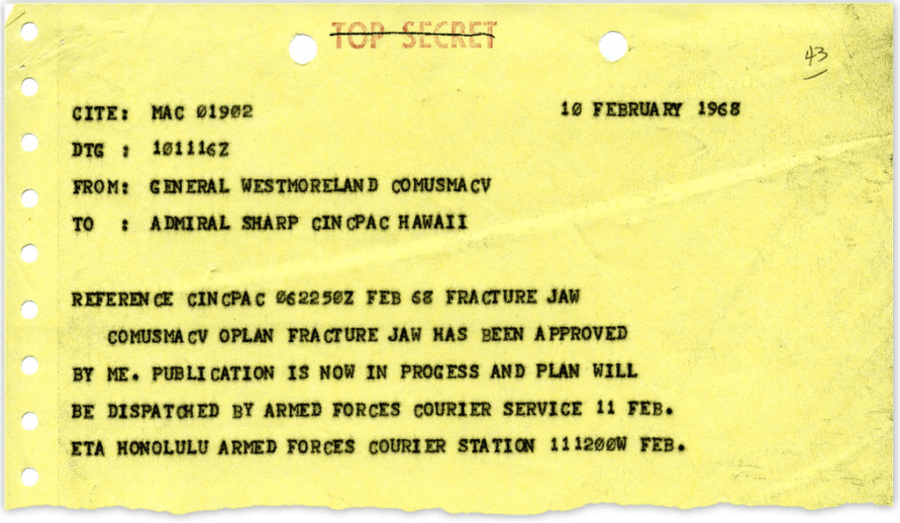 The battle for Khe Sanh would prove to be one of the more ferocious battles in the war’s history. But just two days following Westmoreland’s call for arms, then-president Lyndon B. Johnson vetoed the plan and ordered to have the nukes turned back around.

“When he learned that the planning had been set in motion, he was extraordinarily upset and forcefully sent word through Rostow, and I think directly to Westmoreland, to shut it down,” the president’s special assistant Tom Johnson said in an interview. 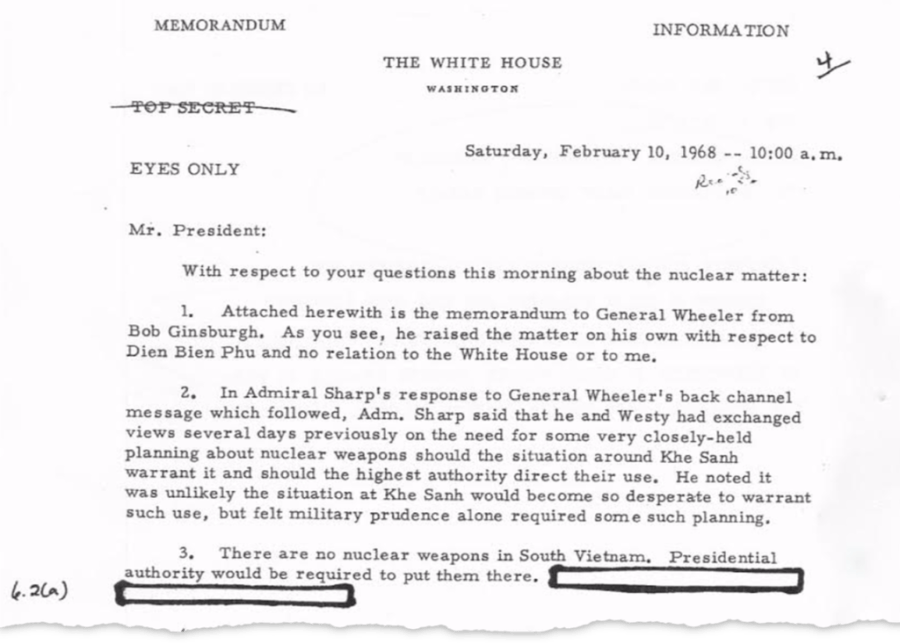 On the same day that Gen. William C. Westmoreland had told the American commander in the Pacific that he approved the operation, White House national security adviser, Walt W. Rostow, warned the president.

He added that the president feared a larger conflict might take place should nuclear weapons become involved.

Johnson had pressured his generals to make sure that a defeat at Khe Sanh was out of the question. But clearly, he didn’t expect for one of his generals to pursue the nuclear route. The president was reportedly furious that such a plan was set in motion when he ordered its complete shutdown.

“Debrief all personnel with access to this planning project that there can be no disclosure of the content of the plan or knowledge that such planning was either underway or suspended,” Johnson said to Gen. Westmoreland in a rather curt memo. 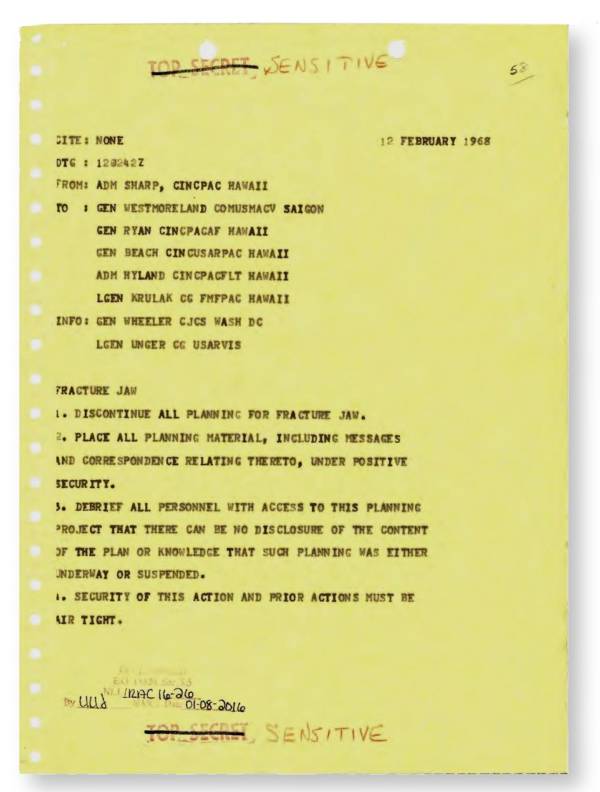 The commander for American operations in the Pacific, Adm. Ulysses S. Grant Sharp Jr., ordered on Feb. 12, 1968 that the operation must not move forward.

Presidential historian Michael Beschloss, author of the forthcoming book Presidents of War, is grateful that Johnson prevented the use of nuclear weapons during the Vietnam War: “We have to thank him for making sure that there was no chance in early 1968 of that tragic conflict going nuclear.”

This information remained unknown to American soldiers at Khe Sanh.

Next, check out this collection of 33 declassified Vietnam War photos that the public was never meant to see. Then, read about how the Vietnam War protests began in the United States.