Activists In Ohio Just Set Free Up To 40,000 Minks That Were Being Raised For Their Fur

The minks may have been set loose by the Animal Liberation Front, an activist group dedicated to ending the abuse and exploitation of animals. 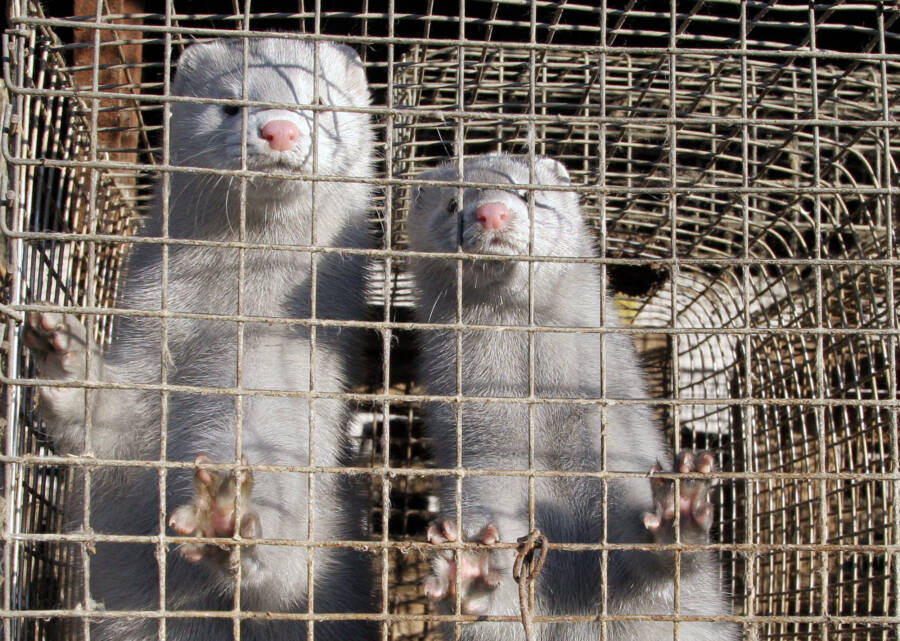 Yuri Tutov/AFP via Getty ImagesThe minks (not pictured here) are considered domesticated and may struggle to survive in the wild.

Sometime between 1 a.m. and 4 a.m. on Tuesday morning, activists crept onto Lion Farms USA Mink Farm in Hoaglin Township, Ohio. Under the cover of darkness, they released between 25,000 to 40,000 minks being raised for their fur — then vanished into the night.

In the chaotic aftermath, some of the minks disappeared into the Ohio wilderness. Some who lingered near the farm were corralled by employees. And so many died while trying to cross a nearby road that their carcasses had to be removed with a plow, according to the Associated Press.

In a statement released on Facebook, the Van Wert County Sheriff’s Office advised that some 10,000 minks are still unaccounted for.

Initially, the Sheriff’s Office warned that minks are “carnivorous mammals” that “regularly hunt prey bigger than themselves” and could become a pest for “homeowners, livestock owners, and property managers.”

However, a later statement acknowledged that the minks “generally will not survive in the wild because they lack natural survival skills” — though people who spot minks should use caution, as the animals might bite.

“If mink is spotted, call Lion Farms or a nuisance trapper so the animals can be recaptured by experienced handlers,” the Sheriff’s Office advised.

Though the incident is still under investigation, WANE-TV reports that the culprits left a clue to their identity. They accessed the farm by cutting through a fence, and on a wall nearby they spray painted the letters “ALF” alongside an ominous warning: “We’ll be back.” 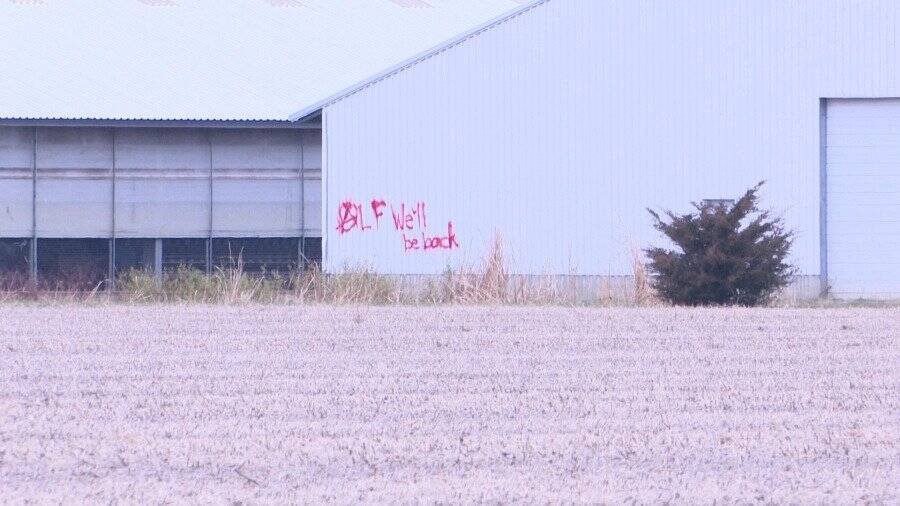 WANE-TVThe vandals spray painted a building at the farm with the words “ALF” and the warning “we’ll be back.”

WANE-TV reports that “ALF” may stand for “Animal Liberation Front,” an extremist animal rights group established in the 1970s in Great Britain. Their goal is to end the abuse and exploitation of animals, and the FBI described ALF in 2004 as a “serious domestic terrorist threat.”

The group has been active in Ohio lately. They claimed on Nov. 8 that they’d released 1,000 mink from a fur facility in Massillon, Ohio, about three hours from Lion Farms, though no farms reported any missing minks around that time.

Sadly, most of the freed minks will probably die in the wild. Eddie Meyer, the manager of the mink farm, told WANE-TV that an estimated 95 percent will perish because they don’t have survival skills.

Curtis Young, the agriculture and natural resources educator with the Ohio State University Extension, likewise told WTOL 11 that the minks would struggle to survive in the winter.

“Because of the time of the year, the availability of prey is maybe somewhat limited for them, so unfortunately a lot of them are going to starve to death,” Young explained to WTOL 11.

Surviving winter in the wild is the least of the minks’ concerns, however. Some locals have also taken it upon themselves to hunt the animals down. 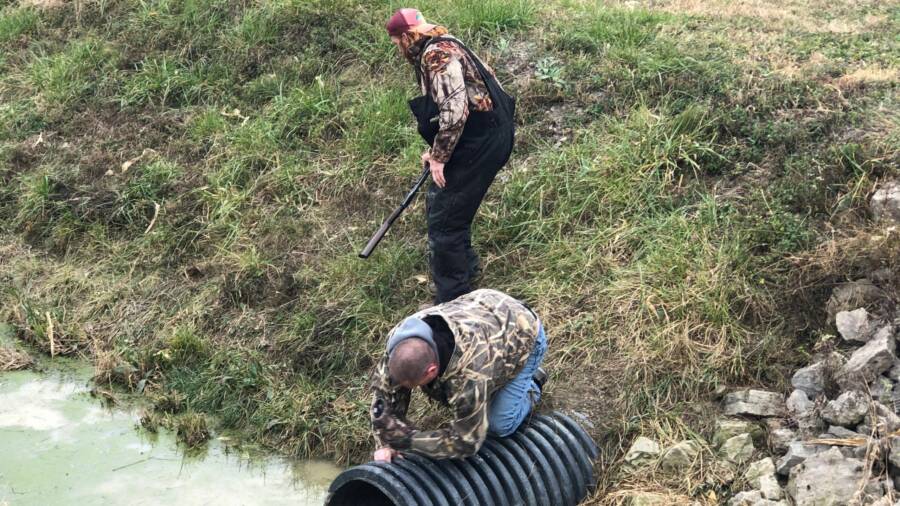 WANE-TVSome locals have taken it upon themselves to hunt down the minks, calling them a “nuisance.”

“The Sheriff’s Office has received a large volume of calls regarding trapping and shooting,” the Sheriff’s Office wrote on Facebook. “Property owners meeting the hunting license exemption may hunt or trap a fur-bearing animal on his or her own lands without a fur taker permit.”

The Sheriff’s Office added that people have a right to protect animals and pets if the minks come onto their property, though “discharging a firearm in municipal areas can be in violation of law.”

Steve Replogle, who joined dozens of other locals to hunt the minks, told WTOL 11 that killing the animals felt like a public service. The minks, he said, were “a danger to society, [a] nuisance.”

After reading about the minks set loose in Ohio, learn about the animal rights activists who accidentally left 100 rabbits dead during a farm raid. Or read the tragic story of Tyke, the “Elephant Outlaw” who was killed by police shortly after she escaped the circus.