The farmers claim that the stress from the activists' raid led to the abortion and death of nearly 100 of their unborn and infant rabbits. The activists claim that this is "false information." 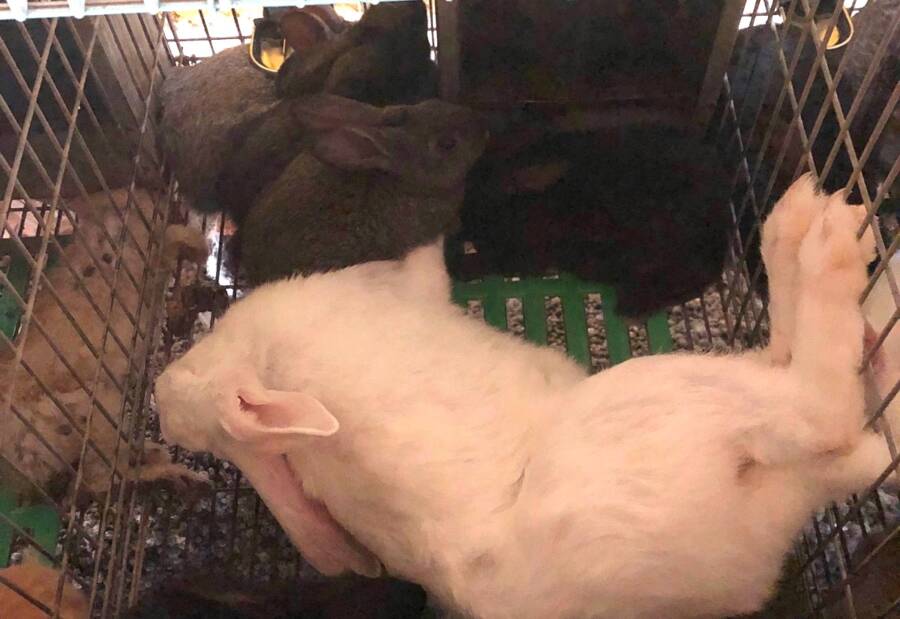 A beef between animal rights activists and Spanish farms escalated to violent proportions recently that included a car chase, shootout, and, perhaps unintentionally, the death of almost 100 animals.

The Independent reports that a group of animal rights activists raided a rabbit farm near Osona in the Catalonian region of Spain.

During the incident, roughly 50 animal activists successfully stole 16 of the farm’s rabbits. But now the farm owner claims that the hit has led to the death of 97 rabbits due to the distress caused by the activists’ raid.

The farm owner alleges that the “rescue” has altogether led to the loss of about 97 rabbits, many of who were either unborn offspring or newborns still feeding off the mothers who had been stolen. Some of the female rabbits had also died on the spot due to distress, leaving their litters uncared for.

A photo published by NacióDigital showed one of the pregnant rabbits with a litter of her aborted offspring.

“Breeding rabbits are animals that are very susceptible to noise and stress,” farm owner Joan Vilaró said in a translated interview. His farm is the biggest rabbit farm in Osona with roughly 3,000 mother rabbits in its possession.

Vilaró told the publication that he felt helpless and that he was left with the fear that the activists could return again at any moment.

“All of the claims are legitimate, but entering private property, stealing and creating insecurity for the people who live in the farms or work there is not the way to do it,” Gurb Mayor Josep Casassas said of the raid. 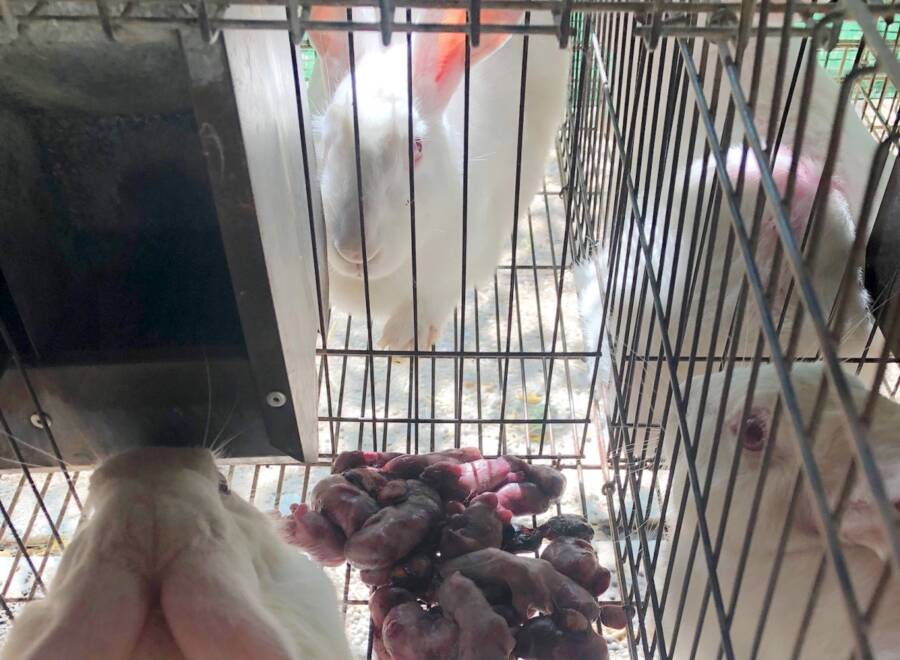 The animal activists have vehemently denied that their rescue inadvertently resulted in the death of almost 100 rabbits.

“It’s clearly convenient for them to blame on us a crime that was already committed before we even arrived,” one of the activists involved in the raid, a vegan woman who goes by the online username Mythical Mia, told The Independent. “This industry has deceived the public for far too long.”

Mythical Mia added that the majority of the farmers’ story was “false information with no evidence to back it up.”

“We were inside that farm for less than five minutes and we only touched the rabbits who we rescued, who are all doing fine now, despite being very sick when rescued due to the filthy living conditions of that farm.”

The activist added that the group was accompanied by a professional veterinarian during the incident and that they had only took the young rabbits, not any of the mothers with babies as the farmer claimed.

Mythical Mia posted a video to social media taken after what she claims was a high-speed car chase between the activisits and a group of incense farmers that shows the young woman bloodied.

“I’m covered in blood,” the activist, who many outlets believe is a British national, says in the video. “This is what the farmers have done. They shot through our window and chased us down the motorway. Oh my god, I’m literally covered in blood.”

The activist said that the farmers shot at their car, causing one of the vehicle’s windows to shatter. After recounting the terrifying experience, she adds that “The most important thing is that the non-human animals are safe. They are far from that hell hole.”

According to another activist who may be the veterinarian mentioned earlier by Mythical Mia, one of the female rabbits the activists took was “dehydrated, hungry and was uncontrollably [running in circles] as a result of a preventative disease. A direct result of this violent and exploitative industry.”

Since the incident, Vilaró has been working with local government officials on a legal complaint which will kick off judicial proceedings against the activists over the assault of his farm. In the meantime, as a preventative measure, the farmer has installed extra security cameras on the property in case the activists return again.

Next, learn how wild rabbits are overtaking Australia. And then, discover the haunting ruins of New York City’s old farm colony.