Over 1 million tons of radioactive water has been collected in the wake of the Fukushima Daiichi nuclear disaster. Now it has to go somewhere. 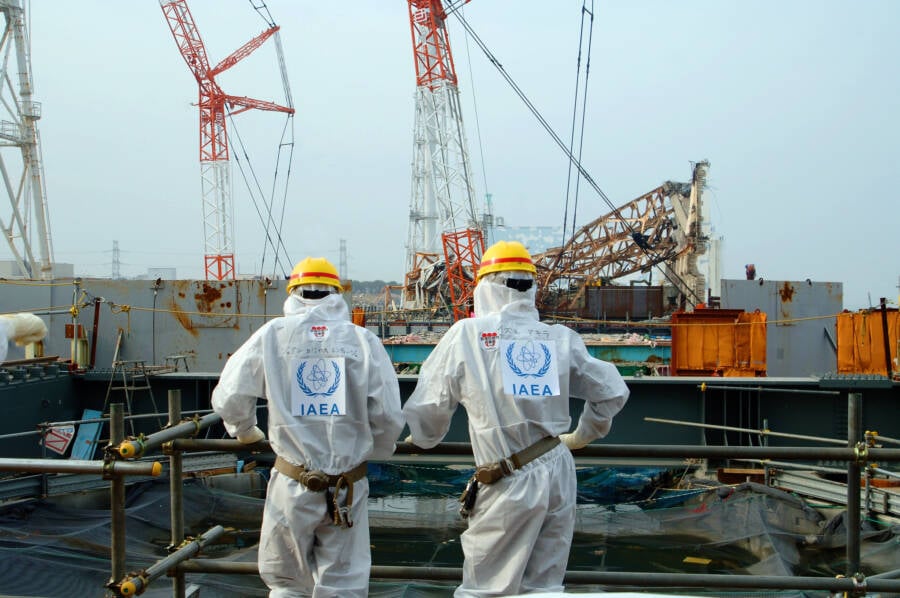 When three of six reactor cores melted down in Fukushima after a magnitude-9 earthquake off Japan’s northeast coast caused a tsunami in March 2011, it created the second-worst nuclear disaster after Chernobyl. According to The Telegraph, officials are now considering dumping the collected radioactive wastewater into the Pacific Ocean.

Tokyo Electric Power Co (Tepco) has thus far collected over 1 million tons of water, comprised of both groundwater that leaked into the nuclear plant’s basement and coolant that kept the plant’s fuel cores from melting. Tepco initially claimed the water only contained tritium, but newly uncovered government documents have shown otherwise.

Tritium is merely an isotope of hydrogen and poses little danger to humans, but documents leaked in 2018 show that the collected water contains a deluge of radioactive materials. Strontium, iodine, rhodium, and cobalt were all detected at levels far above any legal limit — and might soon be dumped into the ocean.

“The only option will be to drain it into the sea and dilute it,” said Yoshiaki Harada, Japan’s Minister of the Environment. “The whole of the government will discuss this, but I would like to offer my simple opinion.”

“It is not true that we have decided on the disposal method,” said Chief Cabinet Minister Yoshihide Suga.

While the proposed strategy isn’t final, the Japanese government is certainly keen on finding an alternative to the short-term solution in place. According to The Guardian, the radioactive water is simply being stored in nearly a thousand tanks at the site.

The government has established a panel to solve this issue, as estimates indicate there won’t be any more room on-site by 2022.

There are currently a few options being discussed besides reducing radiation levels by diluting the material with ocean water, such as burying it in concrete below ground or vaporizing the liquid. From his own comments, it seems the Minister of the Environment is ready to use the ocean.

Of course, the local fishing industry — which has spent nearly a decade rebuilding itself — and South Korea aren’t too pleased with this prospect. The latter wrote the International Atomic Energy Agency and request it find “a safe way to handle radioactive water from the Fukushima plant.” 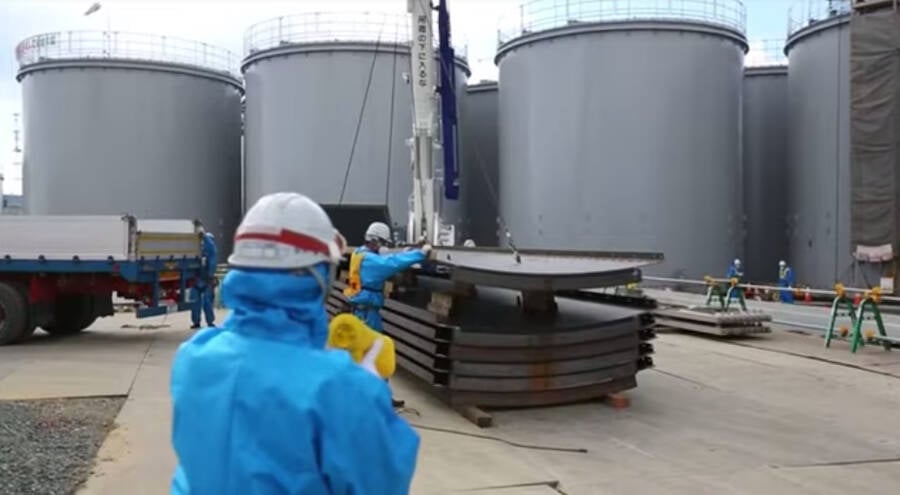 CBC News/YouTubeThe radioactive water is currently being stored in nearly 1,000 tanks at the Fukushima site. Estimates show there won’t be any additional storage left by 2022.

South Korea spoke with a senior Japanese embassy official last month to ask how Fukushima’s wastewater would be managed. The foreign ministry asked Japan “to take a wise and prudent decision on the issue.”

“We’re just hoping to hear more details of the discussions that are underway in Tokyo so that there won’t be a surprise announcement,” said a South Korean diplomat.

Greenpeace, meanwhile, is vehemently opposed to Harada’s proposal, and said it was “wholly inaccurate — both scientifically and politically.”

“The Japanese government has been presented with technical solutions, including from U.S. nuclear companies, for removing radioactive tritium from the contaminated water — so far it has chosen for financial and political reasons to ignore these.”

“The government must commit to the only environmentally acceptable option for managing this water crisis, which is long-term storage and processing to remove radioactivity, including tritium.”

A CGTN America segment on the crippled fishing industry in Fukushima.

Japan and South Korea are already in a contentious place. The discussion over Fukushima’s wastewater follows closely on the heels of a compensation dispute regarding Koreans who were forced to work in Japanese factories during World War II.

In terms of the bigger picture, environmental groups sternly warn against the risk of having radionuclides build up in fish and shellfish. Strontium could find its way into the bones of small fish, which would, in turn, be consumed by humans all over the globe — and could potentially lead to increased incident rates of bone cancer and leukemia.

Immediately following the 2011 disaster, the local sea life was indeed found to have high levels of radioactivity. Those concentrations have since dramatically decreased with the help of tides and currents that spread radionuclides further apart.

After learning about Japan’s proposal to dump Fukushima’s radioactive wastewater into the Pacific Ocean, read about some Pacific Islanders having DNA not linked to any known human ancestor. Then, learn about the creepy confines of Aokigahara, Japan’s suicide forest.