Aokigahara Forest has always haunted the poetic imagination. Long ago, it was said to be the home of yūrei, Japanese ghosts. Now it's the final resting place of as many as 100 suicide victims every year.

At the foot of Mount Fuji, the highest mountain peak in Japan, sprawls a 30-square-kilometer forest called Aokigahara. For many years, the shadowy woodland was known as the Sea of Trees. But in recent decades it has taken on a new name: Suicide Forest.

Aokigahara, A Forest As Beautiful As It Is Eerie 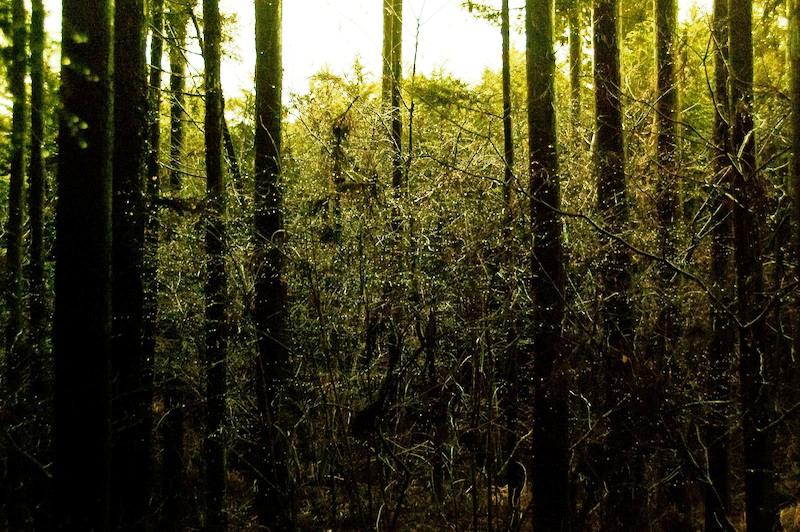 For some visitors, Aokigahara is a place of unbridled beauty and serenity. Hikers looking for a challenge can wade through dense thickets of trees, knotted roots, and rocky ground to access amazing views of Mount Fuji. School children sometimes visit on field trips to explore the region’s famous ice caves.

It is also, however, a little eerie — the trees have grown so closely together that visitors will spend much of their time in semi-darkness. The gloom is relieved only by the occasional stream of sunlight from gaps in the treetops. 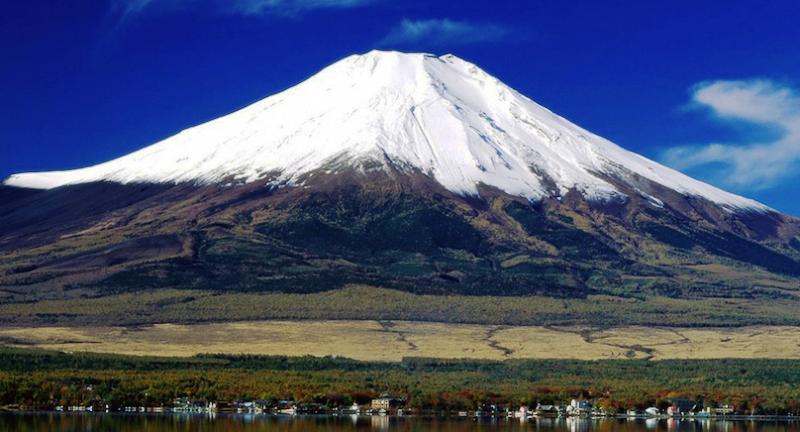 What most people who come to Japan’s Suicide Forest say they remember is the silence. Beneath fallen branches and decaying leaves, the forest floor is made of volcanic rock, cooled lava from Mount Fuji’s massive 864 eruption. The stone is hard and porous, full of tiny holes that eat the noise.

In the stillness, visitors say every breath sounds like a roar.

It’s a quiet, solemn place, and it has seen its share of quiet, solemn people. Though reports have been deliberately obfuscated in recent years, it is estimated that as many as 100 people take their own life in Suicide Forest every year.

The Rumors, Myths, And Legends Of Japan’s Suicide Forest 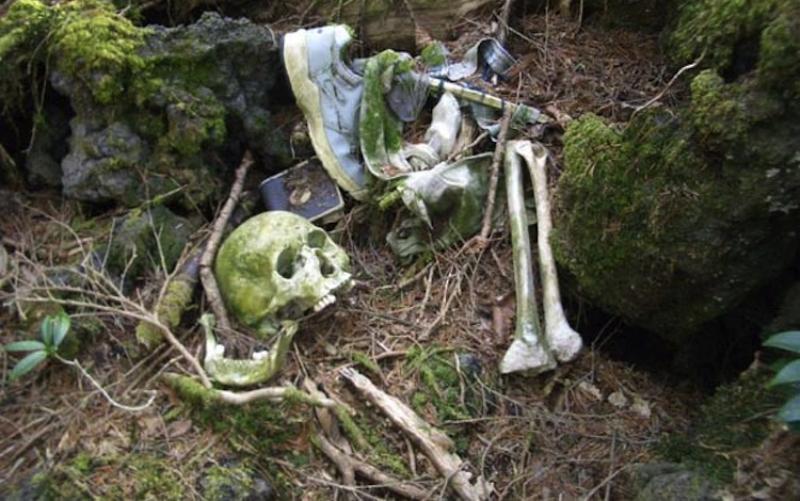 Aokigahara has always been dogged with morbid myths. The oldest are unconfirmed stories of an ancient Japanese custom called ubasute.

Legend has it that in feudal times when food was scarce and the situation grew desperate, a family might take a dependent elderly relative — typically a woman — to a remote location and leave her to die.

The practice itself may be more fiction than fact; many scholars dispute the idea that senicide was ever common in Japanese culture. But accounts of ubasute have made their way into Japan’s folklore and poetry — and from there attached themselves to the silent, eerie Suicide Forest.

At first, the yūrei, or ghosts, visitors claimed they saw in Aokigahara were presumed to be the vengeful spirits of the old who had been abandoned to starvation and the mercy of the elements.

But that all began to change in the 1960s, when the forest’s long, tangled history with suicide began. Today, the forest’s phantoms are said to belong to the sad and miserable — the thousands who came to the forest to take their life. 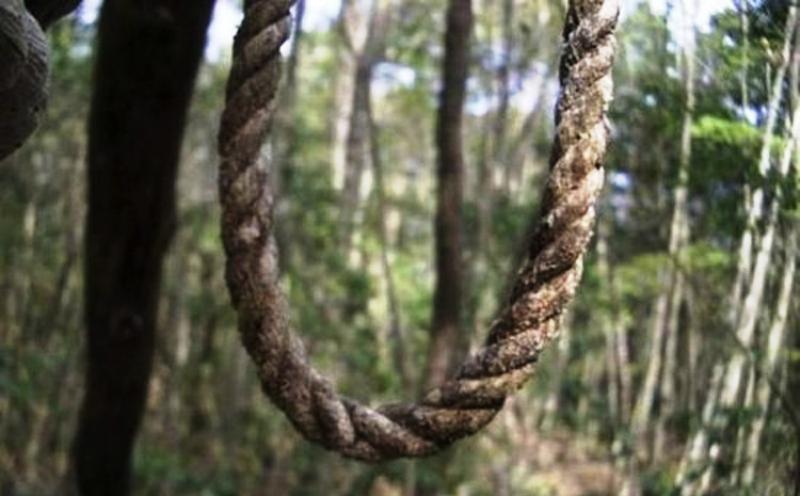 Many believe a book is to blame for the resurgence in the forest’s macabre popularity. In 1960, Seicho Matsumoto published his famous novel Kuroi Jukai, often translated as The Black Sea of Trees, in which the story’s lovers commit suicide in Aokigahara Forest.

Yet as early as the 1950s, tourists were reporting encountering decomposing bodies in Aokigahara. What brought the brokenhearted to the forest in the first place may remain a mystery, but its reputation in the present as Japan’s Suicide Forest is both deserved and undeniable.

The Black Sea Of Trees And Aokigahara’s Body Count 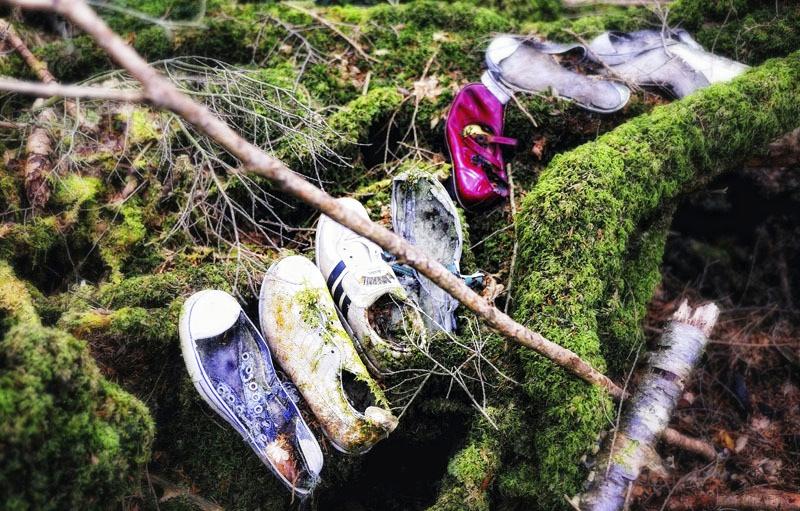 Since the early 1970s, a small army of police, volunteers, and journalists has annually scoured the area in search of bodies. They almost never leave empty-handed.

The body count has significantly increased in recent years, reaching a peak in 2004 when 108 bodies in varying states of decay were recovered from the forest. And that only accounts for the bodies searchers managed to find. Many more have disappeared under the trees’ winding, gnarled roots, and others have been carried away and consumed by animals. 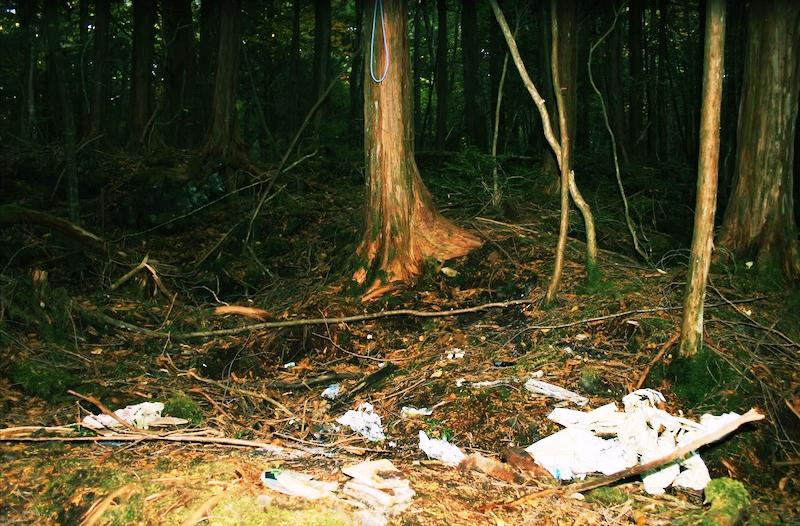 Aokigahara sees more suicides than any other location in the world; the only exception is the Golden Gate Bridge. That the forest has become the final resting place of so many is no secret: authorities have placed signs emblazoned with warnings, like “please reconsider” and “think carefully about your children, your family,” at the entrance.

Patrols regularly scout the area, hoping to gently redirect visitors who look like they might not be planning a return journey.

In 2010, 247 people attempted suicide in the forest; 54 completed. In general, hanging is the most common cause of death, with drug overdose a close second. Numbers for recent years are unavailable; the Japanese government, fearing that the totals were encouraging others to follow in the footsteps of the deceased, stopped releasing the numbers. 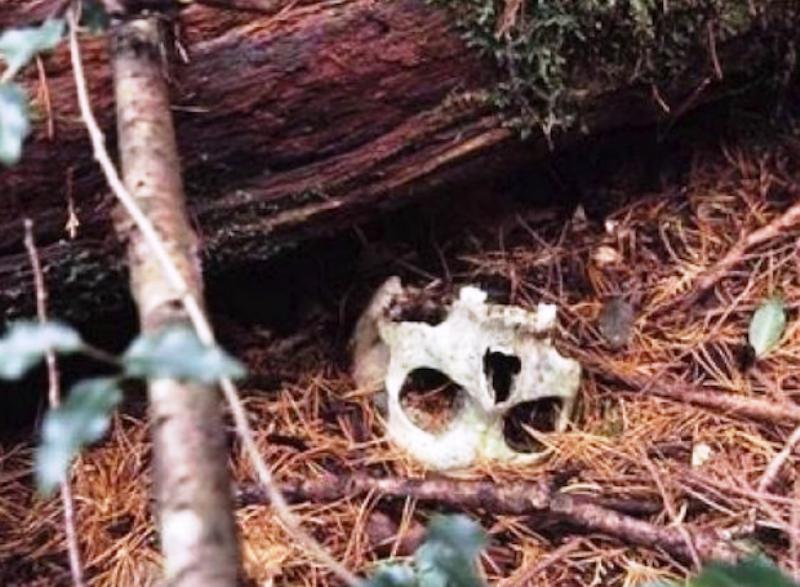 Not all visitors to Japan’s Suicide Forest are planning their own death; many are simply tourists. But even tourists may not be able to escape the forest’s reputation.

Those who stray from the trail sometimes encounter disquieting reminders of past tragedies: scattered personal belongings. Moss-covered shoes, photographs, briefcases, notes, and ripped clothing have all been discovered strewn across the forest floor. Sometimes, visitors find worse. That was what happened to Logan Paul, the famous YouTuber who visited the forest to film. Paul knew the forest’s reputation — he meant to showcase the woods in all their eerie, silent glory. But he didn’t bargain on finding a dead body.

He kept the camera rolling, even as he and his companions phoned the police. He published the film, showing graphic, up-close footage of the suicide victim’s face and body. The decision would have been controversial under any circumstances — but his on-camera laughter was what shocked viewers the most. The backlash was fierce and immediate. Paul took the video down, but not without protest. He both apologized and defended himself, saying he “intended to raise awareness for suicide and suicide prevention.”

The man laughing in the Suicide Forest YouTube video certainly doesn’t appear to have that intention, but Paul means to make amends. He has pointed out the irony of his own fate: even as he’s chastised for what he did, some rage-filled commenters have told him to kill himself.

The controversy has been a lesson for us all.

Need more macabre reading after reading about Aokigahara, Japan’s suicide forest? Learn about R. Budd Dwyer, the American politician who killed himself in front of television cameras. Then round things out with some medieval torture devices and creepy GIFs that will make your skin crawl.