Three ‘Mermaids’ Save A Scuba Diver From Drowning In California

A trio of mermaids helped the unconscious diver after noticing that he had blacked out off the coast of Catalina Island in California. 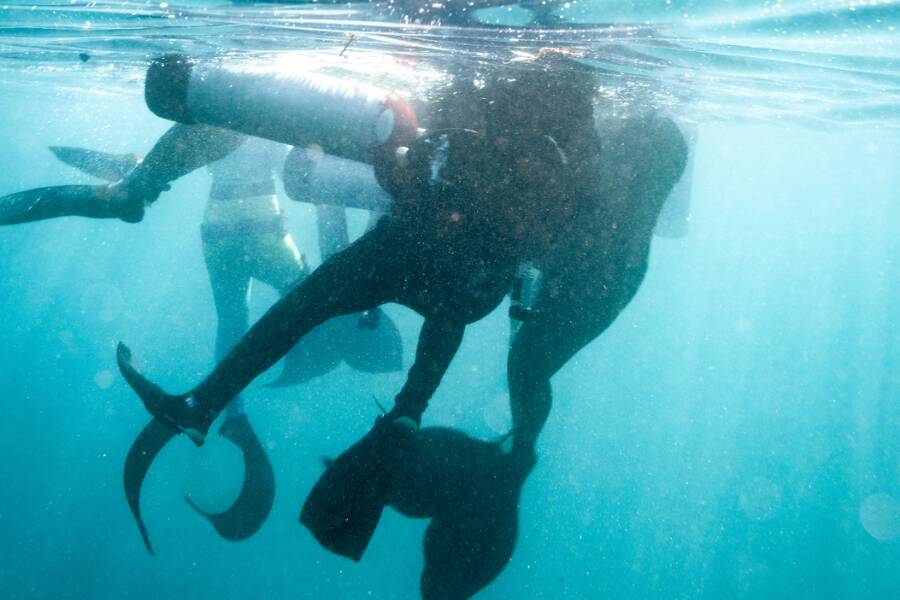 Towards the end of a scuba dive off the coast of Catalina Island in California in October 2022, Pablo Avila blacked out and began foaming at the mouth. He was drowning, and if it weren’t for the three mermaids that came to his rescue, he might not have survived.

No, this is not a fairy tale. Avila really was rescued by mermaids: a professional mermaid performer named Elle Jimenez and her two students, Elaina Marie Garcia and Great Chin Burger, that is.

As reported by Fox News, 33-year-old Jimenez has six years of experience performing as a mermaid and now teaches advanced mermaid courses with a certification from the Professional Association of Diving Instructors (PADI).

“This was my first time teaching the course in California,” Jimenez said. It was the second day of the course, and Jimenez was teaching her students in open water off the shore of Casino Point when she heard someone shout, “Help! He blacked out!”

At this point, Jimenez said, “I think we all went on automatic — and our rescue mode turned on.” Jimenez, Garcia, and Burger sprang into action as the only three mermaids in the group with certifications in rescue and instruction. 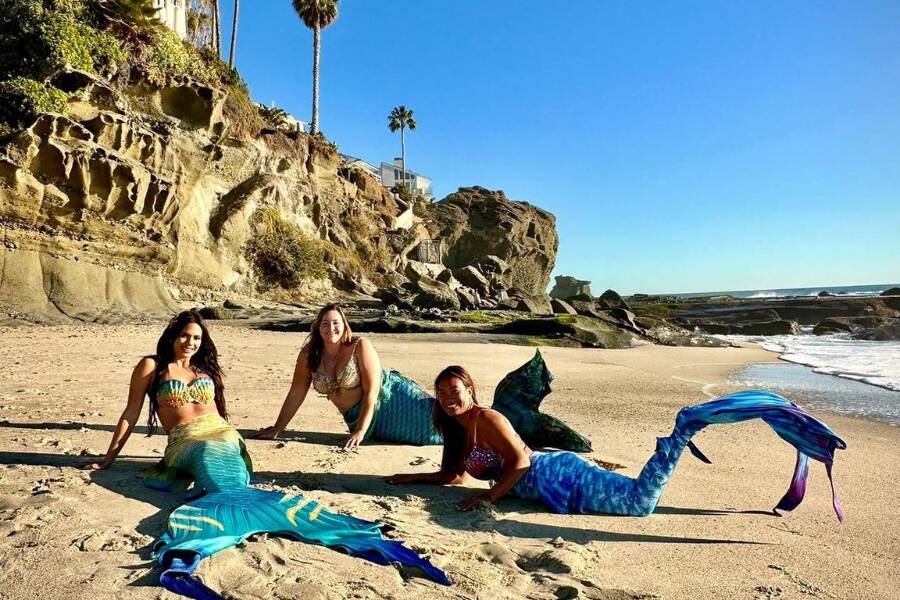 Julie Andersen, PADI Worldwide’s global director of the brand, was also present at the time of the incident and watched as the mermaid trio assisted Avila.

“We safely kept our distance, ensuring we did not complicate the situation,” Andersen said.

“Elaina got to Pablo first,” Jimenez said, “and right after, Great Chin, then me.”

“I gave him rescue breaths in the water,” Garcia said. “My training kicked in, and I had the muscle memory I needed to get his scuba gear quickly and efficiently off. Great Chin helped me remove his weights, all the while giving a breath every five seconds.”

Once his scuba gear was removed, the mermaids brought Avila to shore.

“There is a misconception about mermaids,” Jimenez told Metro. “I don’t think people realize just how trained we are in life-saving skills.

Jimenez suspected that Avila had been having an air embolism, in which air escapes from the lungs and into the blood vessels.

“It felt like forever before he started breathing again,” Jimenez said. “It was a few hours before he woke up, and finding out that he was ok was such a relief.”

After the rescue, Avila was taken into a decompression chamber and has since recovered.

“I have never had to perform a real rescue before, only in practice drills, so for me, this incident solidified that our training is vital,” Jimenez said. 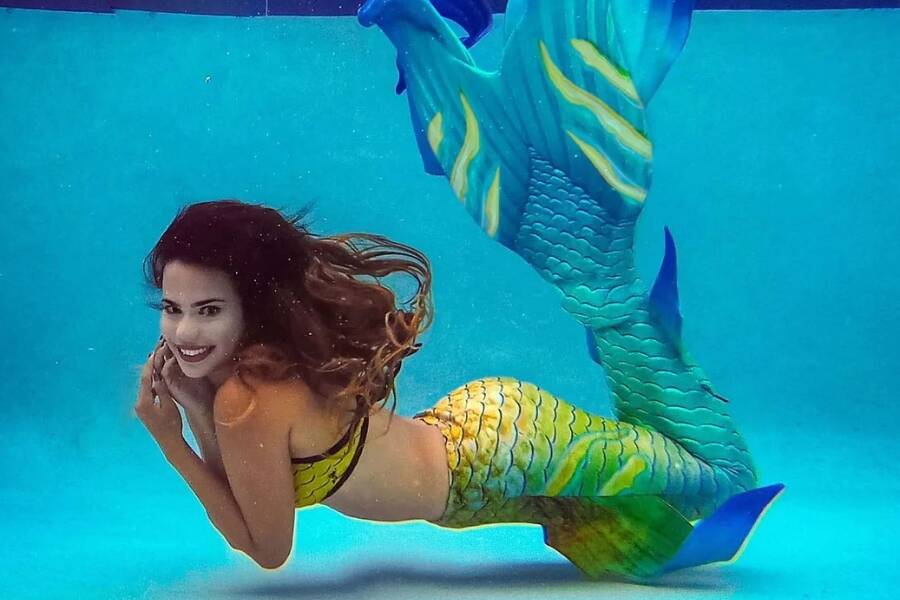 FacebookElle Jimenez has been a professional mermaid for six years — and couldn’t even swim when she first signed up for the job.

“It feels surreal to have rescued Pablo like this. I feel so many emotions,” Garcia told Fox News. “I’m proud of the way we handled the rescue. It was absolutely a team effort. I also feel a great sense of relief that Pablo survived, as I believe it’s rare to come back from needing full CPR to breathing, talking, and smiling.”

Each of the women had long been drawn to the water, wanting to be like the mermaids they saw in movies or read about in stories as children.

But the sport, they said, doesn’t garner much respect online, and many people are shocked when the mermaids explain what they do for a living. From the outside, they explained, a lot of people tend to think their job involves nothing more than “bubble kisses, glitter makeup, and dolphin kicks.”

“I hope this incident helps the mermaid community get the respect we deserve as well as show others that it is a serious sport,” Burger said. “It’s not just pretty tails and smiles, but we can save lives too… with grace.”

The story sounds like something out of a fairy tale, but it goes to show that real-life mermaids are every bit as elegant and majestic as their legendary counterparts.

“The PADI mermaid rescue team reminded me that not only are mermaids real,” Andersen said, “but they are the superheroes our blue planet needs — with the power to step up and spread hope wherever they flip their tails.”

After reading about these heroic mermaids, learn about three historic explorers who were captivated by mermaid sightings. Or, see the ancient “mermaid” mummy that was discovered in a Japanese temple.