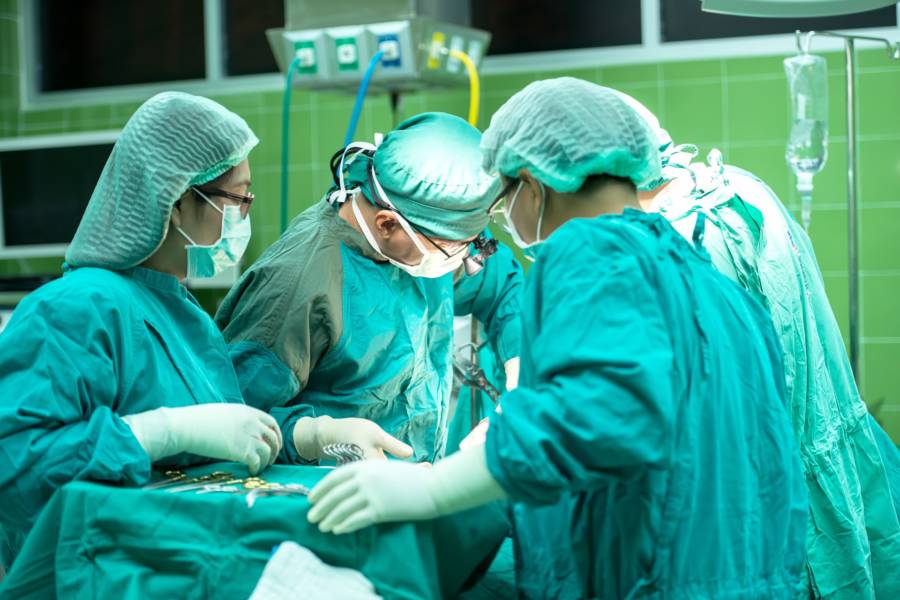 Whether or not a crucial procedure performed in a medical operating room (OR) succeeds often comes down to two main factors. One factor is technical, meaning the knowledge and skills of the clinicians. The other is interpersonal, meaning how well the clinicians communicate and work with each other.

Of course, in simplifying what goes on inside an OR into those two elements, many nuances are lost. In reality, many unexpected things frequently happen inside an OR. Clinicians will chat and gossip, teach their subordinates how to do things, and even dance, given that many clinicians play music while carrying out their procedures.

But inside ORs, clinicians can also come into conflict with each other. While some of these conflicts can be civil and constructive ones based on differences of opinions, other conflicts can create true discord and distraction that can potentially be detrimental to the patient’s health.

A new study published in the Proceedings of the National Academy of Sciences on July 2 analyzed just how often OR conflict can occur, why it does, and how dangerous it can be.

The researchers documented more than 6,000 social interactions observed during 200 surgical procedures within three U.S teaching hospitals. This wealth of data allowed them to make a number of observations about the myriad interactions that take place inside ORs.

From preliminary observations, the researchers saw that most communication in the OR wasn’t about information relating to the case at hand. Instead, most interactions had to do with personal lives, current events, and pop culture.

But when doctors were discussing the business at hand, conflict was sure to arise.

“Conflict can be constructive,” Laura Jones, PhD Postdoctoral Research Fellow at Emory University and lead author of the study, told All That’s Interesting. “But the higher level conflicts can distract from patient care,” she added. “It can keep certain clinicians from wanting to work together and forging strong teams with good communication.”

While not all conflicts are of this high-level variety, the researchers found that the average OR saw four conflicts per procedure.

And what was the source of all this conflict?

There is, of course, no one answer but the researchers did find that hierarchies were often at the root of conflicts, for instance when someone’s status was being threatened or when each person’s role wasn’t clearly defined.

Moreover, the researchers found that the biggest observable sources of conflict had to do with gender.

The new results confirm longstanding scientific notions that rivalries are more common within genders than between them. Males evolved to compete with each other and females likewise perceive members of their own gender as rivals.

Furthermore, Jones and her team found was that if the lead surgeon’s gender differed from the majority of the others in the OR, then there was much more cooperation.

In making these observations, the researchers employed methods used by ethologists to study the social interactions of non-human primates.

“We adopted ethological methods, used primarily in animal studies because we wanted to collect a lot of observations,” Jones explained. “The large data set is unique since the OR is often difficult for researchers to access.”

In order to make the observations, the team made a table of 28 communication behaviors, i.e. small talk, confrontation, playfulness, flirting. They also assigned codes to the seven most common team members inside an OR.

Each social interaction was coded by who (the source) did what (the behavior) to who (the recipient). The reliability of the table was evaluated by a pair of trained observers who worked from different vantage points in the room.

But those conflicts are indeed worth studying, so that we can understand them and prevent them from becoming life-threatening issues — which is certainly the hope of the researchers.

“We could say that interprofessional training, whether for established clinicians or in medical school, should address these specific team dynamics,” said Jones.

Furthermore, to address the gender issue, Jones states that the medical establishment must do what it can to break down the walls between its highly gendered specialties. “Both sexes should be further encouraged to go into all specialties,” said Jones, adding, “These would be the most practical application of the findings.”

“It can be hard to convince hospital administration that nontechnical behaviors,” Jones added, “especially those related to power dynamics, are worth addressing and safe, from an HR perspective, to address.”

But the researchers believe that, with hospitals’ support, their findings can help clinicians do their jobs — and help patients stay safe.

Next, read about evil doctors and nurses who used their positions to help them kill unsuspecting victims.