Inside Operation Mockingbird — The CIA’s Plan To Infiltrate The Media

“A Student Group Concedes It Took Funds from C.I.A.”

That was the front page headline of the February 14, 1967, edition of the New York Times. The article was one in a slew of articles published at the time in relation to something called Operation Mockingbird.

What was Operation Mockingbird?

It was an alleged large-scale project undertaken by the CIA beginning in the 1950s in which they recruited American journalists into a propaganda network. The recruited journalists were put on payroll by the CIA and instructed to write fake stories that promoted the views of the intelligence agency. Student cultural organizations and magazines were allegedly funded as fronts for this operation. 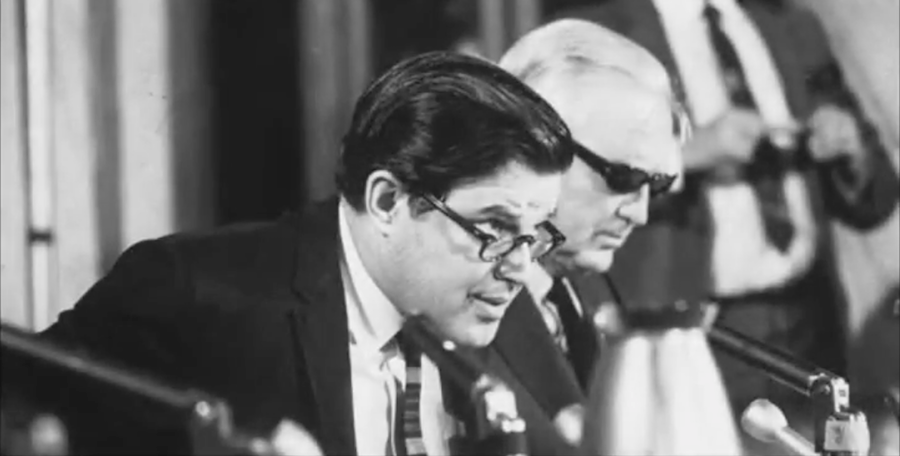 YouTube1970s meeting of the Church Committee.

Operation Mockingbird expanded later on in order to influence foreign media as well.

Frank Wisner, the director of the espionage and counter-intelligence branch, spearheaded the organization and was told to concentrate on:

Journalists were reportedly blackmailed and threatened into this network.

The CIA’s financing of independent and private organizations wasn’t just meant to create favorable stories. It was also a means to covertly collect information from other countries that were relevant to America’s national security.

Like the New York Times article, Ramparts Magazine exposed the covert operation in 1967 when it reported that the National Student Association received funding from the CIA.

A 1977 article in Rolling Stone, written by Carl Bernstein, was titled “The CIA and the Media.” Bernstein said in the article that the CIA “has secretly bankrolled numerous foreign press services, periodicals and newspapers—both English and foreign language—which provided excellent cover for CIA operatives.”

In 2007, around 700 pages of documents from the 1970s were declassified and released by the CIA in a collection called “The Family Jewels.” The files all surrounded the investigations and scandals pertaining to agency misconduct during the 1970s.

There was only one mention of Operation Mockingbird in these files, in which it was revealed that two American journalists were wire-tapped for several months.

If you found this story about Operation Mockingbird interesting, you may also want to read about MK Ultra, the CIA plot to defeat the Soviets with Mind Control. Then you can check out four real U.S government alien research projects.