17 Fantastic Optical Illusions And How They Work

Your eyes may be able to detect light, but your brain is what does the actual “seeing”. As these optical illusions reveal, it's a bit slow.

Your eyes may be able to detect light, but your brain is what does the actual “seeing” … and truth be told, it’s a little slow. When it comes to deciphering mind-bending optical illusions, what’s actually happening is the brain trying to predict the future, and when you take in to account the slight delay (one tenth of a second) the picture your brain conjures up is not always reliable.

Whether involving colors, sizes, angles, your periphery vision, or all of the above – these feats of optical and neurological trickery are truly mind bending. 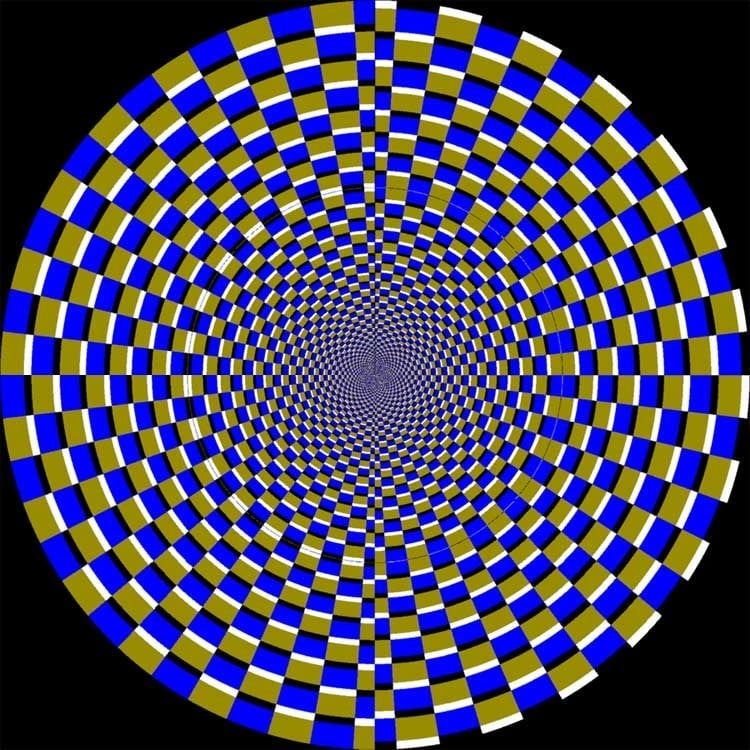 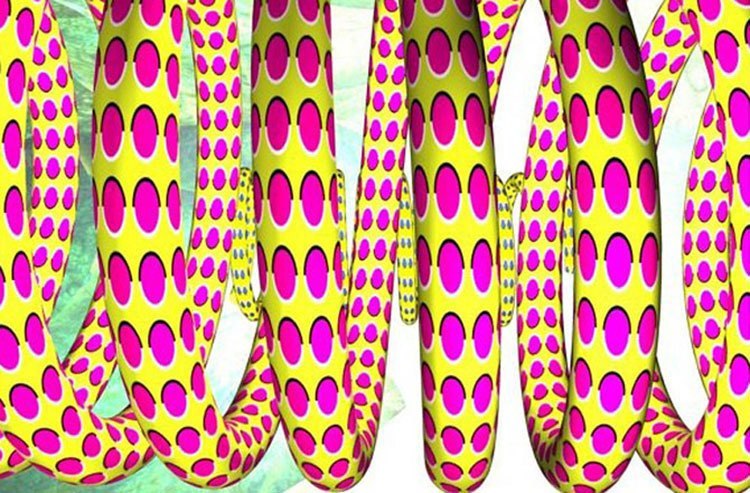 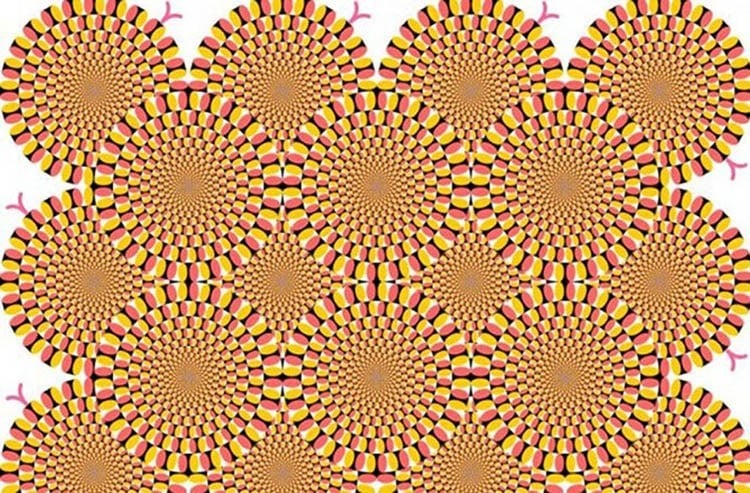 These three brain teasing visuals are examples of the “peripheral drift” illusion. As Wikipedia explains, it is a “motion illusion generated by the presentation of a sawtooth luminance grating in the visual periphery.” These types of illusions are noticed best when sweeping the eyes over the area, or looking just off to the sides of the image.

An example of a physiological illusion (excessive stimulation by color, shape, tilt or position) is this checkerboard shadow illusion – that suggests tile A and tile B are different colors. 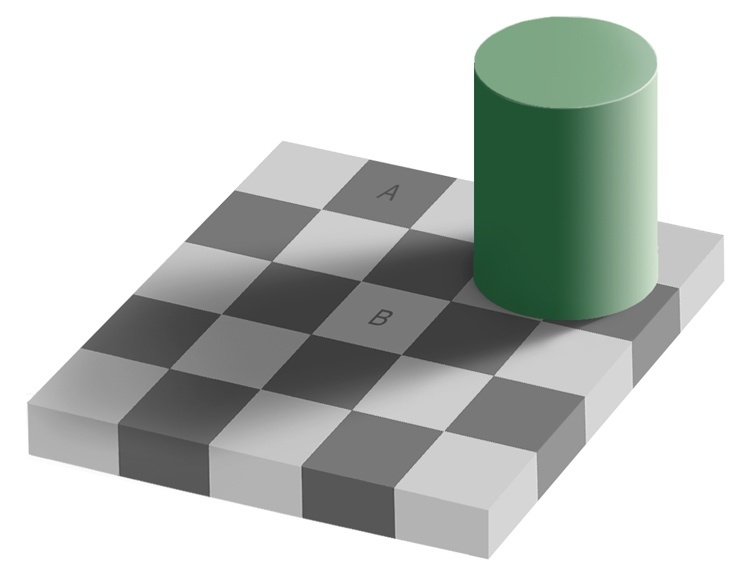 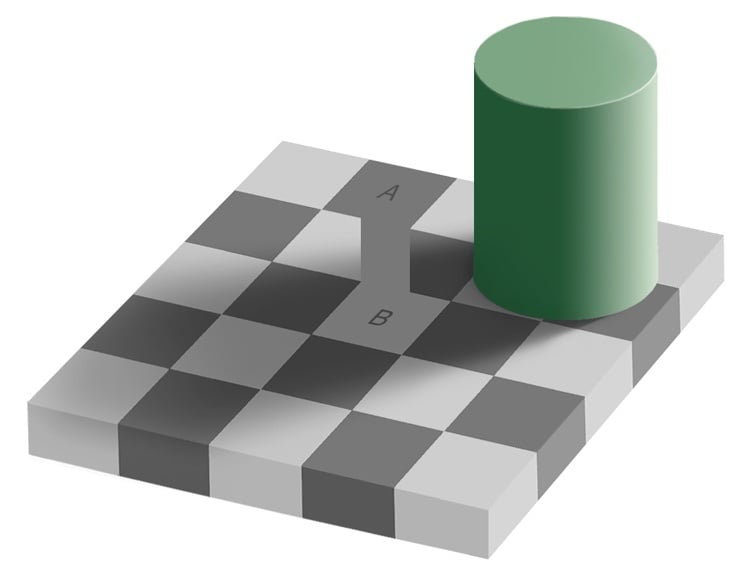 As we can see from the helpful bar stretched across the tiles, these two shapes are exactly the same shade of gray. Right away, our eyes tell us that tile B should be darker because it’s placed within shadow – a contextual stimulus of position, light and color. This perception is very difficult for the brain to shake off, and it alters our perception. 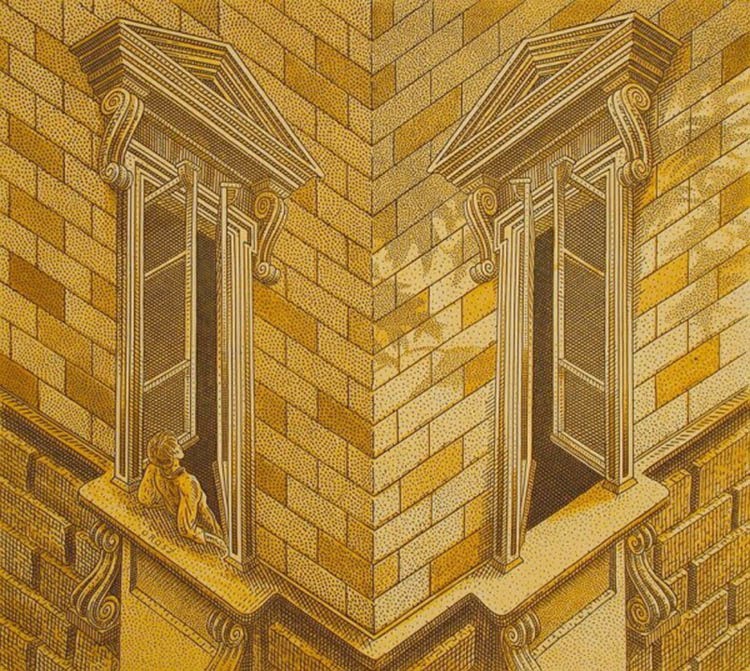 Multistable perception phenomenon deals with spontaneous subjective changes, such as the perspective of this building – which when taken in as a whole, can be translated by the brain in two different and opposing ways. If you cover up the bottom part of the illusion, you’ll see that it’s impossible for it to be the inside corner, based on the slant of the windows. Cover up the top part, and it’s impossible for it to be the outside.

The spinning silhouette below operates on this same principle. It is frequently (but erroneously) used to determine if one is “right” or “left” brained by the direction you think she is spinning. 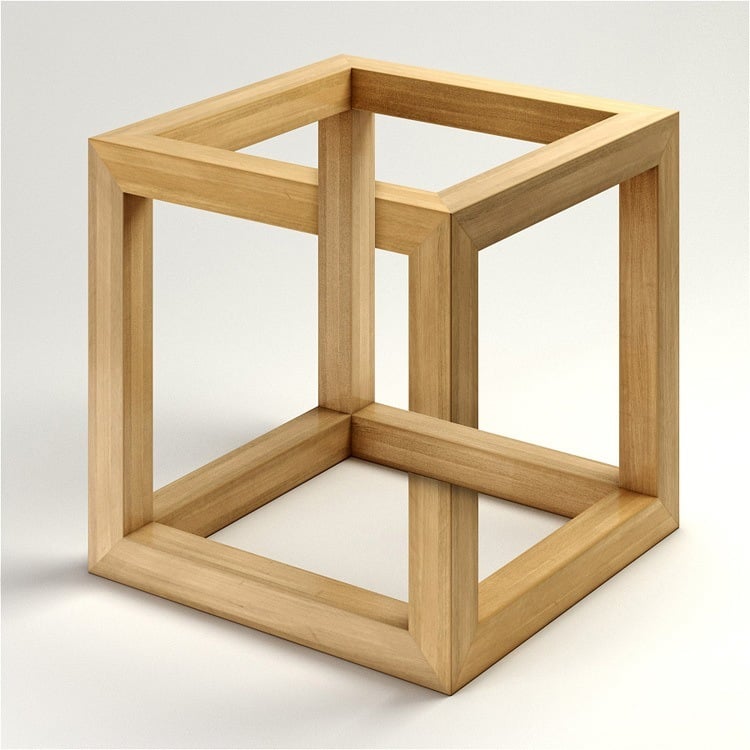 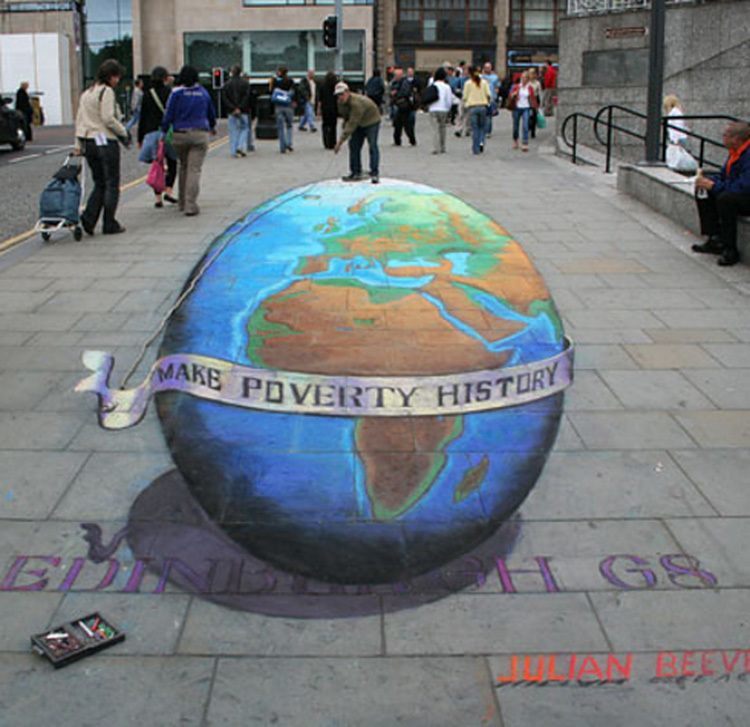 By now we have all seen the amazing 3D sidewalk chalk artists and their crazy use of anamorphosis – the requirement of the viewer to occupy a certain vantage point to see the image being portrayed. From the vantage point where the above photo was taken, it looks three dimensional. But from another angle … 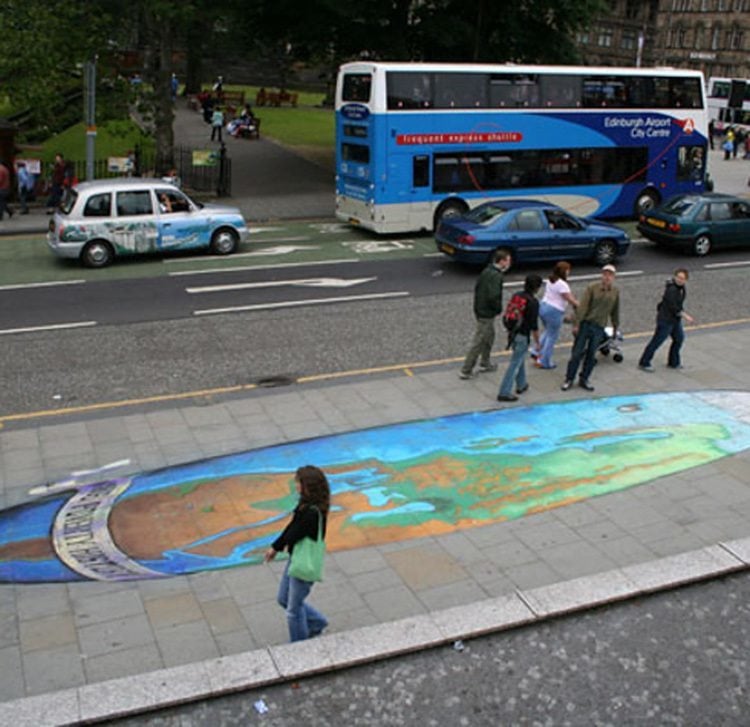 It looks completely different. Artists do this by taking a sharply-angled photograph and manipulating it via an elongated grid, and then replicating the contents of that grid onto the sidewalk or other flat surface.