Researchers captured these majestic creatures adorably giving each other hugs and even "flippers slaps." 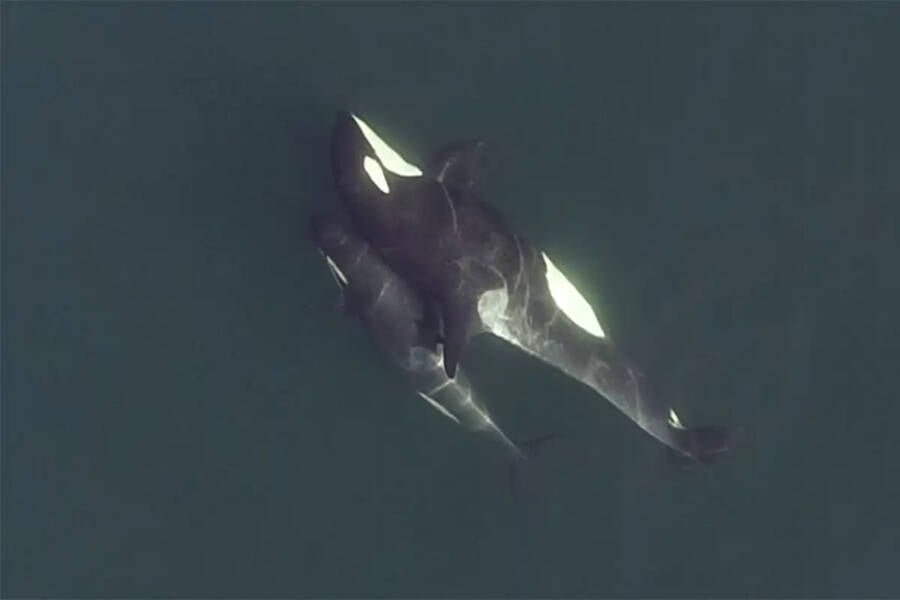 University of ExeterThe drone footage also revealed how vital physical touch is to the species.

An unmanned drone has recently revealed the surprisingly complex social lives of orcas — and that these apex predators have best friends, just like people.

Experts from the University of Exeter and the Center for Whale Research (CWR) used aerial vehicles to follow a group of orcas and study their habits over the course of 10 days. Funded by the public and university alumni, the project yielded 651 minutes of film — to staggering results. 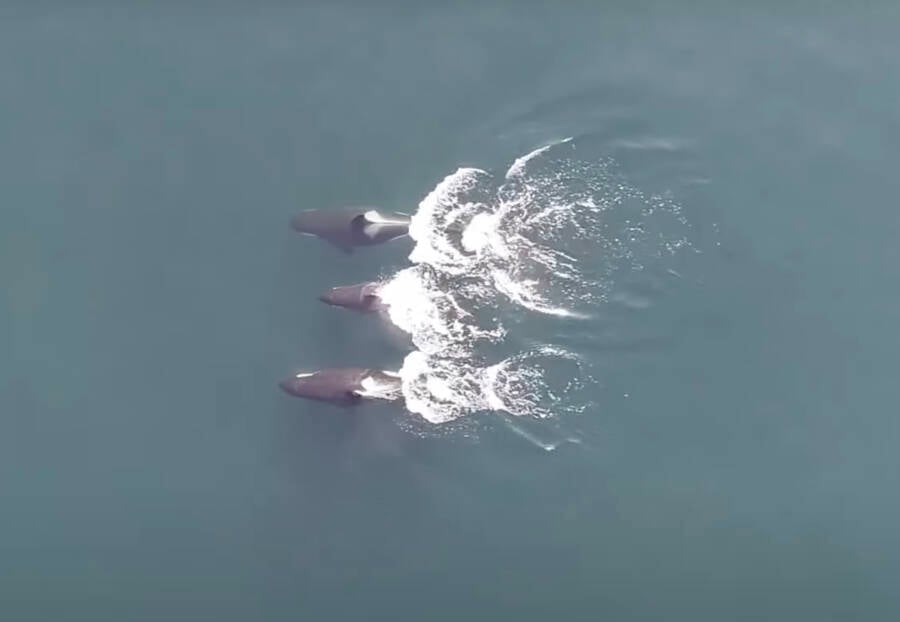 University of ExeterOrcas were observed spending most of their time with dolphins of the same sex and similar age.

“By adding drones to our toolkit, we have been able to dive into the social lives of these animals as never before,” the study authors wrote.

The unprecedented research showed that young and female orcas were often the center of attention in their pods and that the animals tended to spend the most time with those of the same sex or of similar age.

“Until now, research on killer whale social networks has relied on seeing the whales when they surface, and recording which whales are together,” said lead author Dr. Michael Weiss of Exeter University.

“Our findings show that, even within these tight-knit groups, whales prefer to interact with specific individuals,” said Weiss. “It’s like when your mom takes you to a party as a kid — you didn’t choose the party, but you can still choose who to hang out with once you’re there.”

Weiss and his team also found that the orcas became less social as they age, but perhaps most striking was the discovery that killer whales make best friends, oftentimes formed through constant, physical touch. 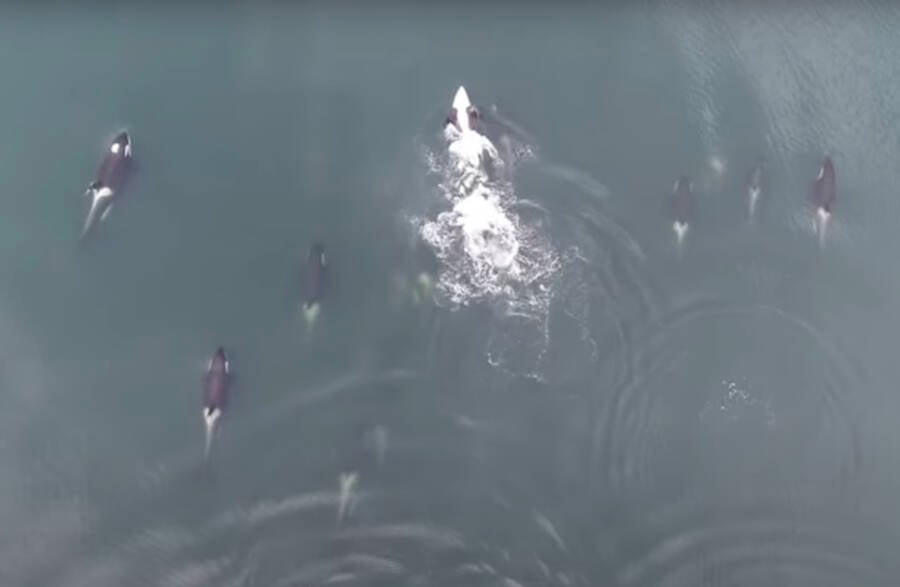 University of ExeterThe orca pod was seen surfacing together as a form of social activity.

Indeed, the footage clearly showcased just how vital physical contact is for the species. In addition to rubbing up against each other, the pod also engaged in a group activity that took them to the surface, where they hugged and exchanged “flipper slaps.”

“We were amazed to see how much contact there is between whales — how tactile they are,” the study continued. “In many species, including humans, physical contact tends to be a soothing, stress-relieving activity that reinforces social connection.” 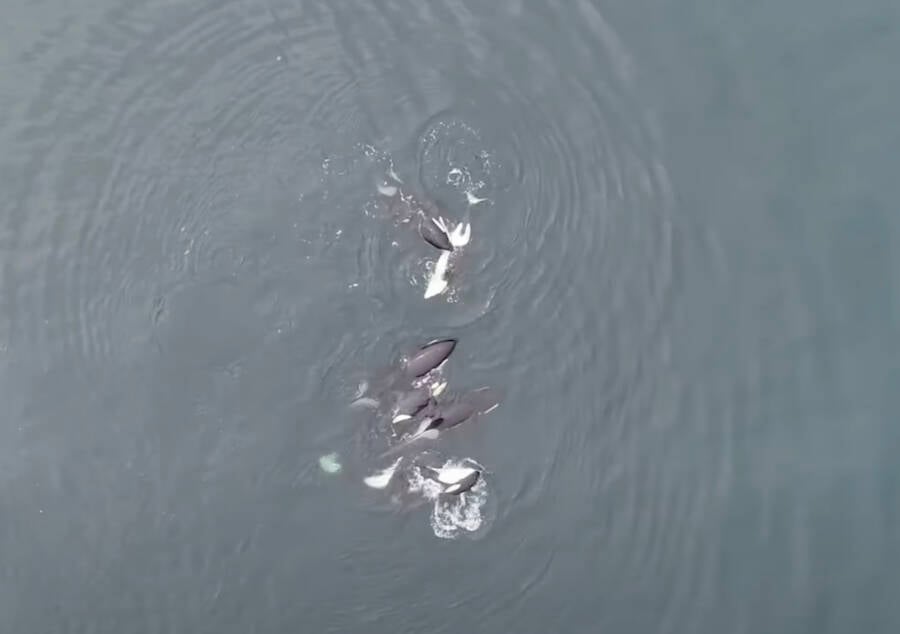 University of ExeterKiller whales remain in the social groups into which they’re born, but choose their favorites among the members in that group.

But despite how loving and social orcas appear to be, they’re still among the most predatory animals in the ocean. According to NOAA, the aptly named killer whale employs coordinated hunting strategies comparable to a pack of wolves — and has even been seen attacking great white sharks.

The killer whale is also not technically a whale at all, but is part of the Delphinidae family and is, therefore, the largest species of dolphin in existence. Found in pods of around 20 in oceans across the world, orcas primarily eat fish and marine mammals while communicating with their pod members via clicks and whistles. 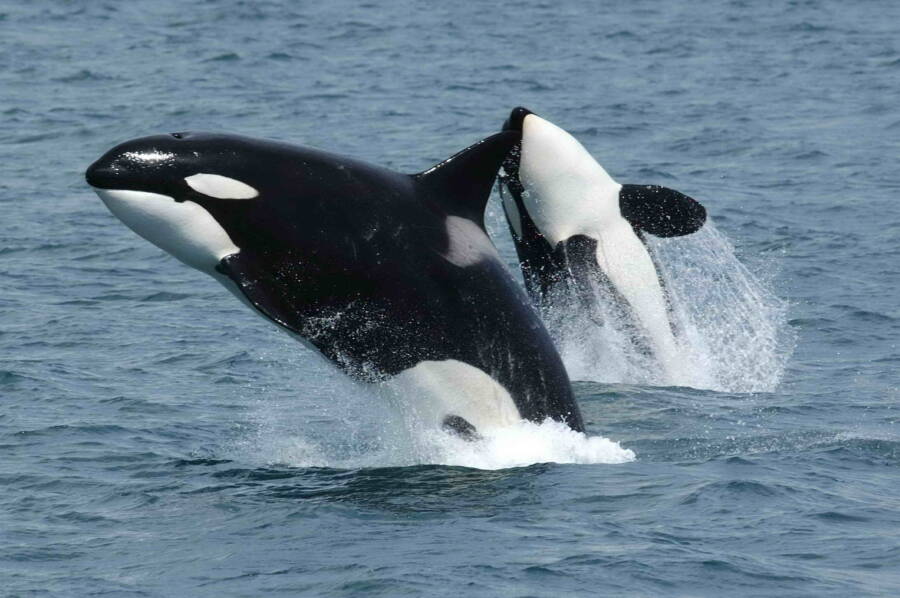 Wikimedia CommonsOrcas are apex predators and hunt together in packs like wolves.

While researchers have long known that these animals hunt together and resourcefully communicate, the fact that they’re so supportive of one another and bond closely has only now been confirmed by the new research, which was published in the journal Proceedings of the Royal Society B.

It’s important to note that we’re living through what might be the most enlightened period of animal studies in human history. It hasn’t even been 200 years since Charles Darwin forced the world to reassess evolution through his masterwork, On The Origin of Species. Alas, the deep ocean remains one of the least explored environments on Earth.

But such technological advancements, as the use of a drone, are helping to change that. There’s no telling what ambitious researchers, with the right tools, will discover next.

After reading about the drone footage that revealed the complex social lives of killer whales, learn about the bizarre exploding whale incident in 1970s Oregon. Then, read about 28 interesting shark facts.