Orlando Capote owns the last house standing on a block that was previously occupied by modest single-family dwellings. His father bought it in 1989 as his dream house. 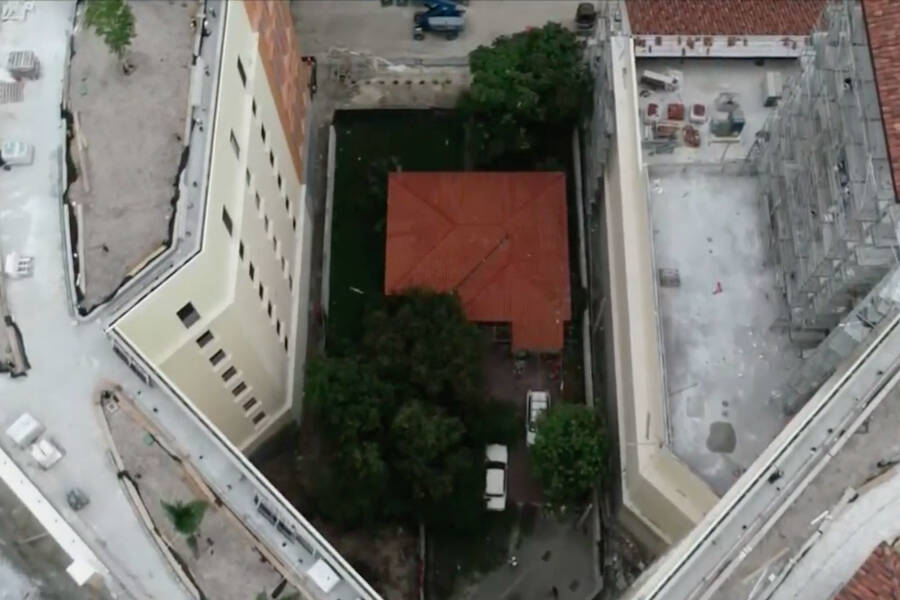 CBSMiamiOrlando Capote has rejected offers as high as $900,000 for his 1,300-square-foot home, which is now in the shadow of a $600-million development.

For Floridians who enjoy luxury amenities, the Plaza Coral Gables is a promising development. With an upscale hotel, shops, and restaurants, the $600-million project is the largest in the area. And in return for cash, many locals have sold their properties to make way — but not 63-year-old Orlando Capote.

In a scenario reminiscent of Pixar’s Up — in which an aging balloon salesman adamantly clings to his humble home as condos are erected around him — Capote has refused more than 60 purchase offers over the last six years, including one for nearly $1 million for the modest 1,300-square-foot house.

According to CBS 4, however, the building is more than a two-bed, two-bath middle-class house. Capote’s father purchased the property in 1989, after working two jobs since leaving Cuba in the 1960s to be able to afford the home.

“This was my father’s dream house,” said Capote. “It took 20 years for him to find it. This house is like a hard drive. As I look around and live in it and move through it, I relive a lot of memories that I could not find in another house. The house is my soul. So what good is it to sell your soul for all the money in the world?” 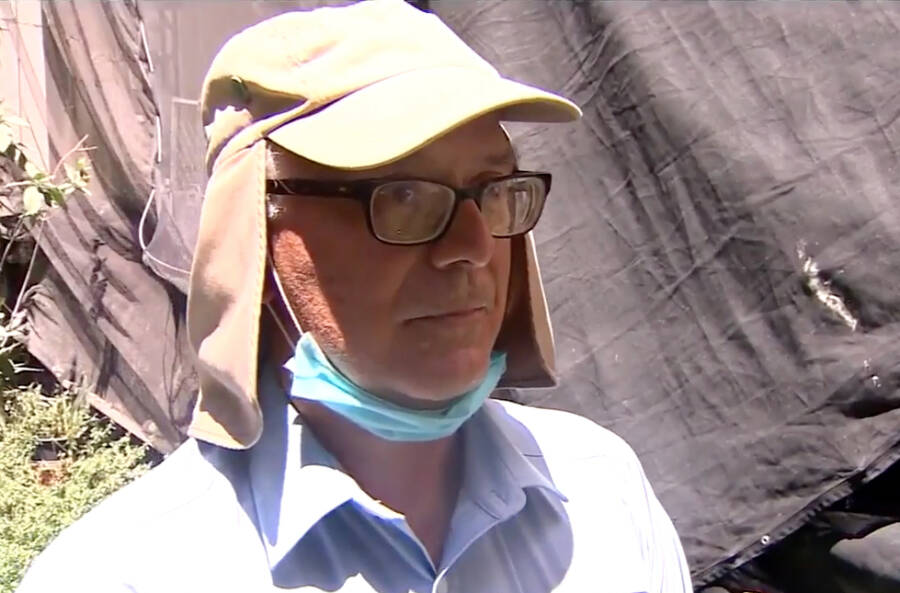 WSVNOrlando Capote has raised several health and safety concerns with the city of Coral Gables, which has claimed it has not violated any regulations during construction.

Capote’s home has been engulfed by the commercial Agave Ponce LLC development for years now. Once a quiet residential block, his neighbors will soon consist of office space, stores, condominiums, and 242 luxury hotel rooms.

Despite those high-end prospects — and constant construction noise and debris littering his yard, Capote refuses to leave.

Cherished memories, such as Capote’s father tending to the mango trees in the yard, linger in the homeowner’s mind to this day. And the home’s sentimental value only grew his parents died.

Capote lost his father in 2005, after which he inherited the house. He lived there with his mother until last year, when she died, still fighting the city of Coral Gables over the development. But before she died, Capote’s mother asked that he never sell the “family treasure.”

He still hasn’t. And speaking of the offers he has received to relocate, Capote says he doesn’t want to risk leaving and losing his cherished memories. 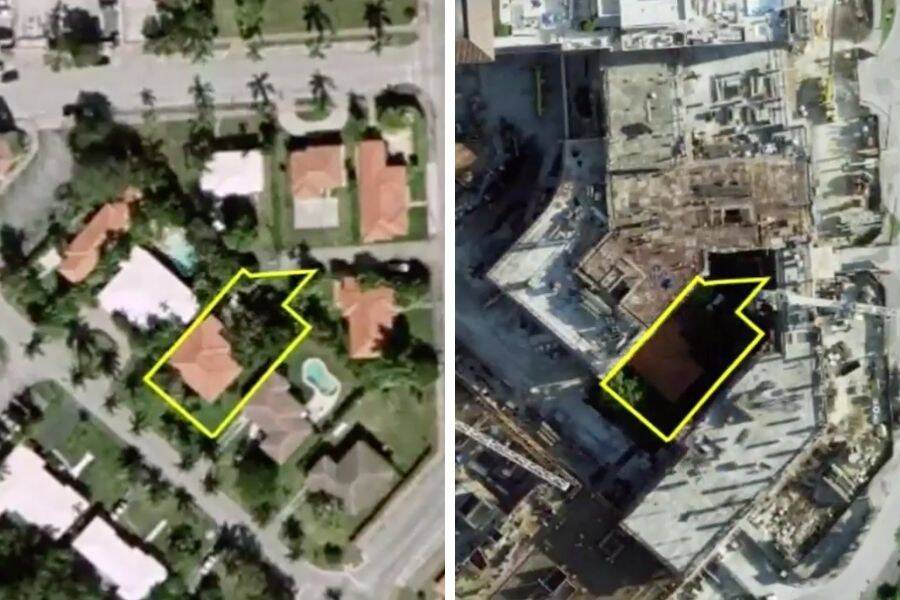 WSVNThe block where Orlando Capote lives before and after the development, which will include 242 luxury room hotels, shops, and restaurants.

Over the years, Capote has charged the city of Coral Gables with numerous violations. And he blames them for allowing the development in the first place:

“The city violated its own laws to accommodate a developer instead of protecting the rights of homeowners, he told The Miami Herald. “This area was single-family residential and now it’s massive monsters.”

He has also claimed that these issues inherently break the local fire code.

“You can see some of the trash that has already fallen on the side,” said Capote. “Which would not happen if the building was actually 35 feet high or at least 50 feet away.”

Meanwhile, the city itself has denied any wrongdoing.

“The issues raised have been extensively reviewed and investigated,” the city maintained. 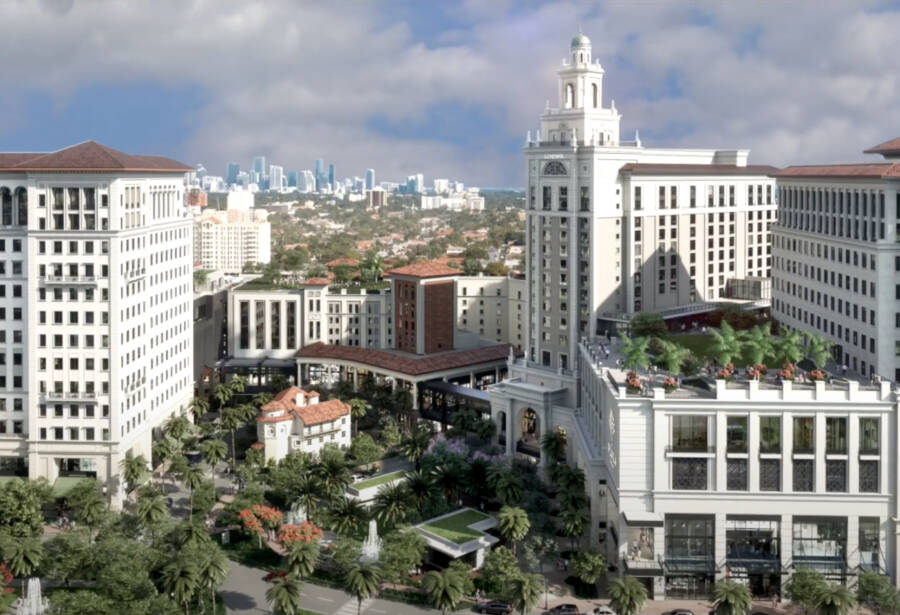 The Plaza Coral Gables website claimed that its development “will have a positive impact on the quality of life and safety of the community through the creation of new spaces for dining, recreation and the promotion of artistic, cultural and outdoor activities.”

Meanwhile, Capote has been captured on video showing journalists around his property in a heavy-duty contractor’s mask to thwart debris from entering his lungs. While construction will wrap up soon and Capote will be able to breathe easy, the refusal to sell his home continues.

In the end, it appears no amount of money will change that for Orlando Capote. After all, it’s in that little 1,300-square-foot residence that the memories of his parents linger — and nowhere else.

After reading about the Florida man refusing to sell his home to commercial developers, learn about the abandoned $200 million development of Burj al Babas. Then, read about Hua Mulan, the legendary warrior behind the Disney classic.