Meet Hua Mulan, The Legendary Warrior Behind The Disney Classic

Long before she was the heroine of an animated movie, Hua Mulan's story first began in 6th-century China.

Long before she was the heroine of a popular Disney movie, Hua Mulan was inspiring generations of young people in her own country of China. The legend of this woman warrior has existed since at least the 6th century and has hardly waned in popularity today. 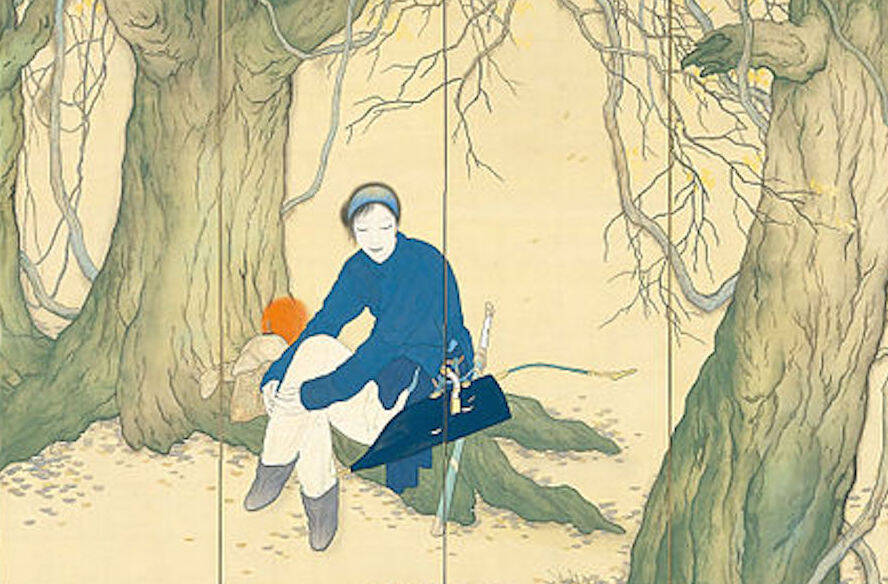 But was Hua Mulan a real person or was she simply an inspirational figure from ancient Chinese lore? Here is the true story of Mulan’s tale.

The Legend Of Hua Mulan 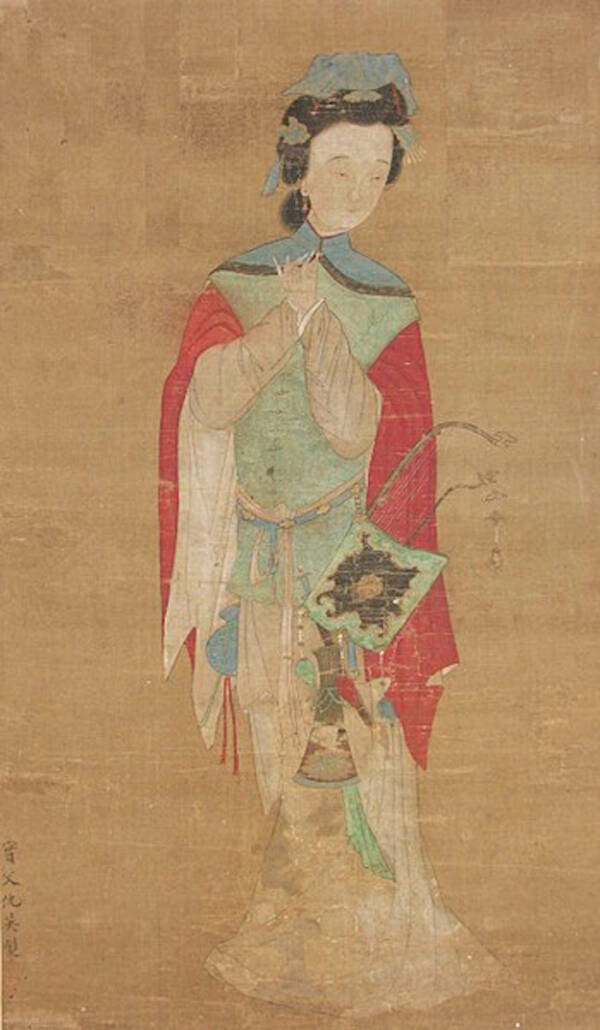 The enduring legend of Hua Mulan has survived thousands of years through countless iterations of poetry, songs, plays, and films. While many today perhaps know her story best from Disney’s popular movie, the first known transcription of her tale comes from the folk song “The Ballad of Mulan.”

The ballad tells Mulan’s original story of disguising herself as a man to protect her father from being drafted into the war. As a soldier, Hua Mulan goes into battle for 12 years, becoming a skilled and esteemed warrior of the Chinese army. But when the emperor tries to bestow honors upon her for her service, the dutiful daughter retires and returns home to her family. 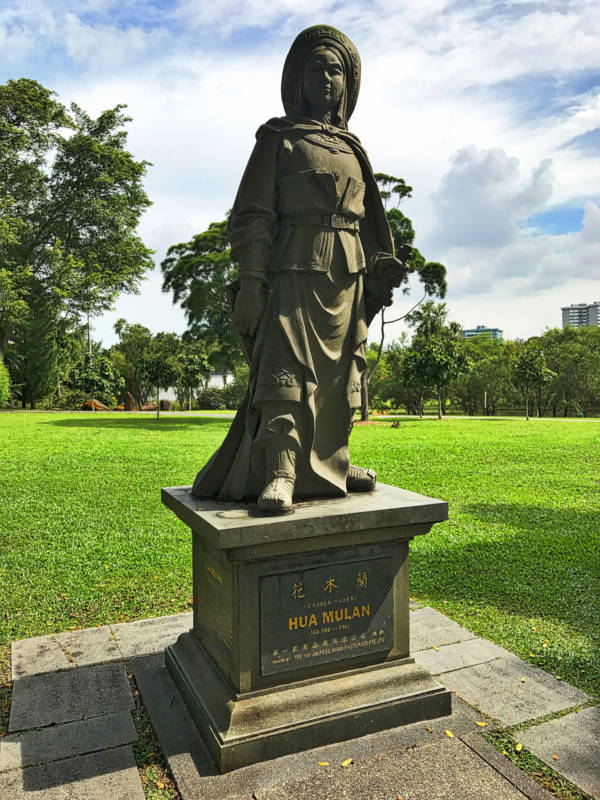 FlickrHua Mulan’s likeness is depicted in statues across Chinese cultures in a number of countries.

As the years went on, Hua Mulan’s epic tale began to be adapted into books and plays. Interestingly, Chinese artists would often reinvent the Hua Mulan legend during periods of unrest to give hope and comfort to the public.

In 1850, for example, Zhang Shaoxian’s novel Fierce and Filial was published during a time when the Qing Dynasty was threatened by internal conflicts and foreign intruders.

The Influence Of Hua Mulan’s Story 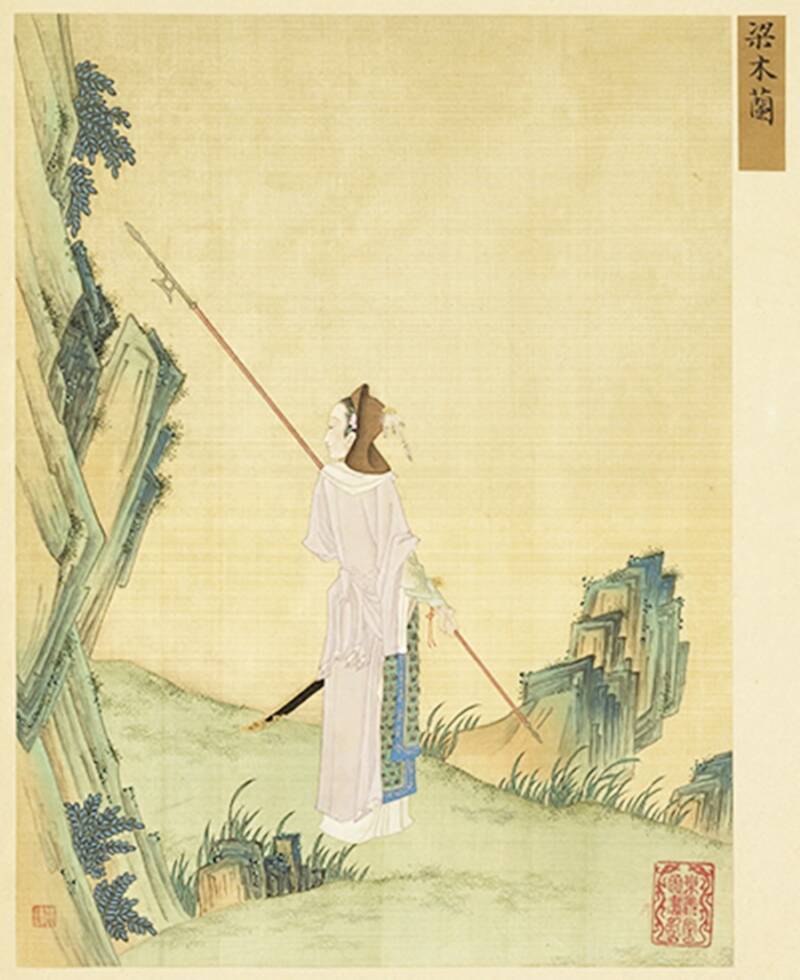 Wikimedia CommonsOne of the many depictions of Hua Mulan in Chinese art.

Among the most notable iterations of Hua Mulan’s story is the 16th-century play The Female Mulan Joins The Army In Place Of Her Father by the prominent late-Ming Dynasty playwright Xu Wei. His play was the first to introduce the “Hua” surname derived from the Chinese word for “flower” — a detail that is heavily incorporated in Disney’s version of Mulan’s tale.

Set among the Xianbei tribe in the Northern Wei, the play was divided in two acts. The first act was meant to set up the heroine’s story and introduce a rather provocative scene: Hua Mulan, preparing to take her father’s place in the army and removing her foot bindings.

Foot binding was not typical among women in Northern Wei, but the practice was common for many centuries among the Chinese elite, supposedly dating back to the 10th century. 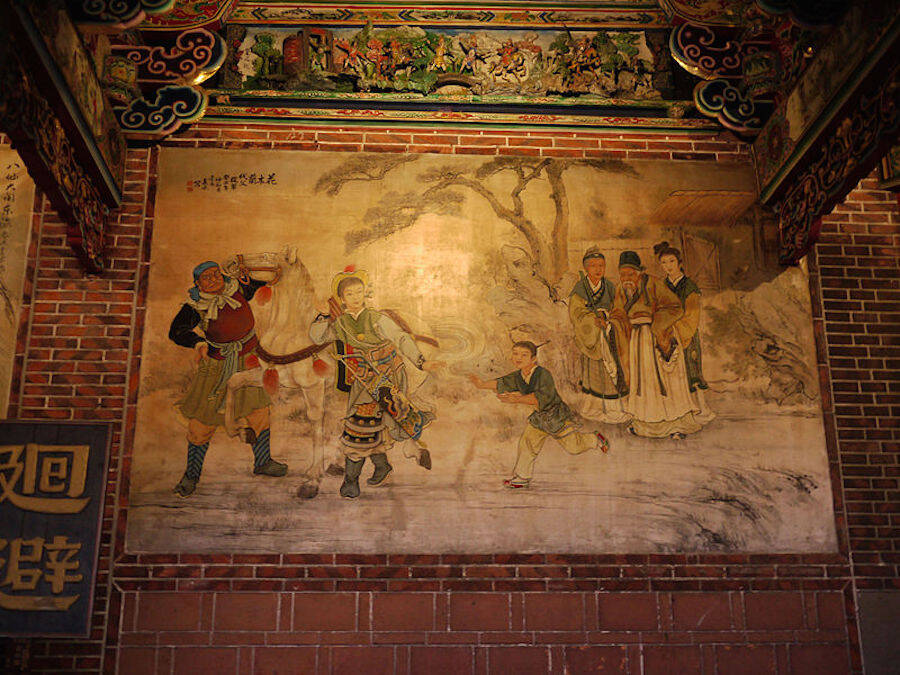 Wikimedia CommonsThe epic of Hua Mulan has been retold — and illustrated — countless times over thousands of years.

As author Amanda Foreman reported for Smithsonian Magazine: “A small foot in China, no different from a tiny waist in Victorian England, represented the height of female refinement. For families with marriageable daughters, foot size translated into its own form of currency and a means of achieving upward mobility.”

Since the weight of Mulan’s story lies in her supposed transition from woman to man in order to disguise herself among the soldiers, the release of her foot bindings could be interpreted as her sacrifice of the traits most treasured in women at the time so she could fulfill a higher purpose. That is, protecting her family and serving her country.

Xu Wei’s version of Hua Mulan’s adventure has been examined by countless scholars for its interpretations of gender and feminism. While countless retellings of Hua Mulan’s story exist, Xu Wei’s play has been cited as the main foundation for most of the legend’s later adaptations.

Was Hua Mulan A Real Person? 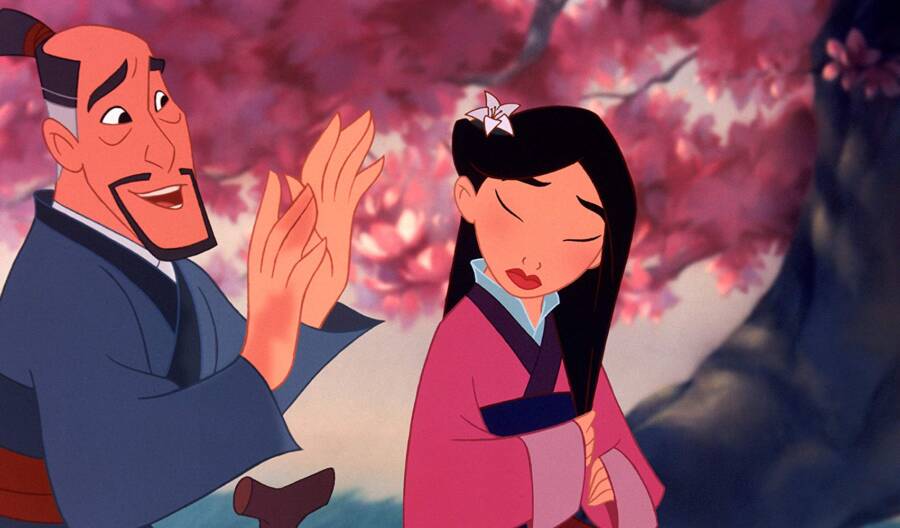 DisneyMulan’s tale has become so embedded in Chinese culture that many confuse the heroine as a historical figure.

The legend of Mulan and her dedication to family and country are deeply embedded in Chinese folklore. Combined with the fact that the tale has been around for so long, historians have worked to determine whether Hua Mulan was a real person or simply a figure of Chinese myth.

So far, there is no historical evidence to suggest that Mulan really existed and her story’s roots in oral tradition makes it even more difficult to confirm whether she was a real person. However, the possibility can’t entirely be dismissed. Women warriors and elite women commanding military arms did indeed play a role in ancient Chinese history.

During China’s Warring States period from 475 B.C. to 211 B.C., Sunzi, the Chief Military Commander of Duke Wu, trained 180 court women to assert military and political influence in the surrounding states.

There was also Princess Zhao of Pingyang, otherwise known as Princess Pingyang, who raised troops to help her father — the future Emperor Gaozu — seize the throne. With his daughter’s support, the emperor claimed victory and established the Tang Dynasty. After her death, she was the only woman of that period who received the honor of a military funeral.

Indeed, books about strong women — both fictional and real — were abundant in China, particularly during the High Qing Dynasty. The acknowledgment of strong female figures — from poets and artists to warriors and leaders — in Chinese history and folklore signified women’s capability to contribute outside of the traditional domestic role.

However, the fact that Hua Mulan is not included in literature focused on historical female figures, such as the Biography Of Exemplary Women — a compilation of biographies of notable ancient Chinese women — may be another strong indicator that the beloved heroine did not exist in real life. 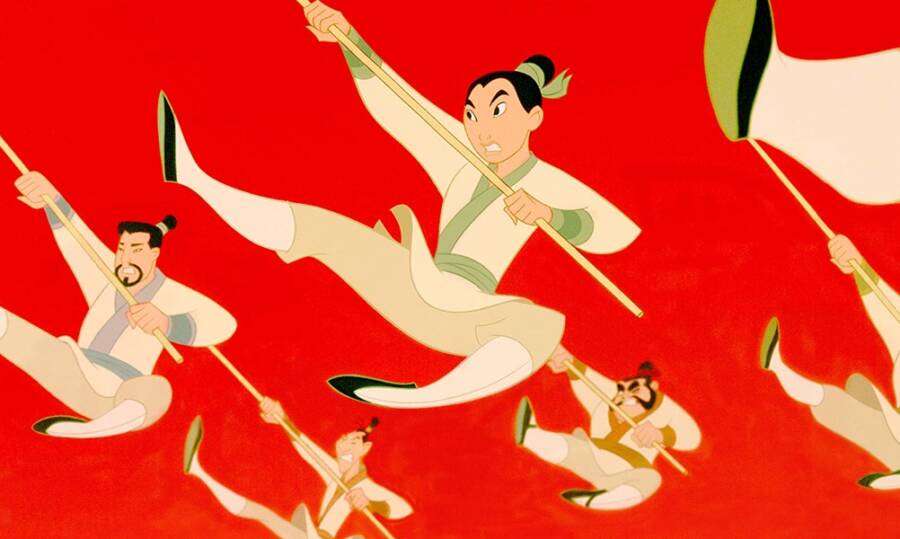 DisneyDisney’s 1998 animated hit movie Mulan will be rebooted as a live-action motion picture.

The first onscreen adaptation of the legend of Mulan was the 1927 silent film Hua Mulan Joins the Army. A number of film portrayals have been produced since then, but it wasn’t until the release of Disney’s 1998 animated movie Mulan that the female fighter’s story became known worldwide.

It’s difficult to compare Disney’s version to the legend of Hua Mulan since the ancient folk story produced countless iterations way before the animated movie was made. Some were made as comedies or romantic stories while others were dramas with unfortunate endings (one devastating version has Mulan commit suicide to avoid being turned into a concubine).

Disney’s version of Hua Mulan’s tale proved to be so popular that they also made a sequel to the animation and even created a live-action film, set to be released this spring. The new film will take a more dramatic approach than the beloved animation, incorporating details that are closer to the original Hua Mulan stories in Chinese culture.

A few things missing from the new live-action film that were present in the animation most notably include the cartoon’s iconic musical numbers and Mulan’s trusty dragon sidekick Mushu.

“I mean, back to the realism question – we don’t tend to break into song when we go to war,” said director Niki Caro as she explained the reasoning behind those omissions to Digital Spy.

“I guess that’s the biggest thing for me about making – remaking – an iconic title like Mulan in live-action. It’s the fact that it can be real, and it’s the real story of a girl going to war.”

Still, the entertainment conglomerate will include a few extravagant additions that are unrelated to the Chinese folklore, including giving Mulan a sister (she is usually either an only child or has a brother) and adding a supernatural villain into the mix. While Mulan’s true story may never entirely be uncovered, the impact of her heroic tale reverberates beyond Chinese culture as a worldwide phenomenon.

After learning about the enduring tale of the Chinese folk heroine Hua Mulan, check out some of the darker stories behind Disney’s classic movies. Then, relive the magic of old Disney through these vintage photographs.